Astro City: That Was Then... 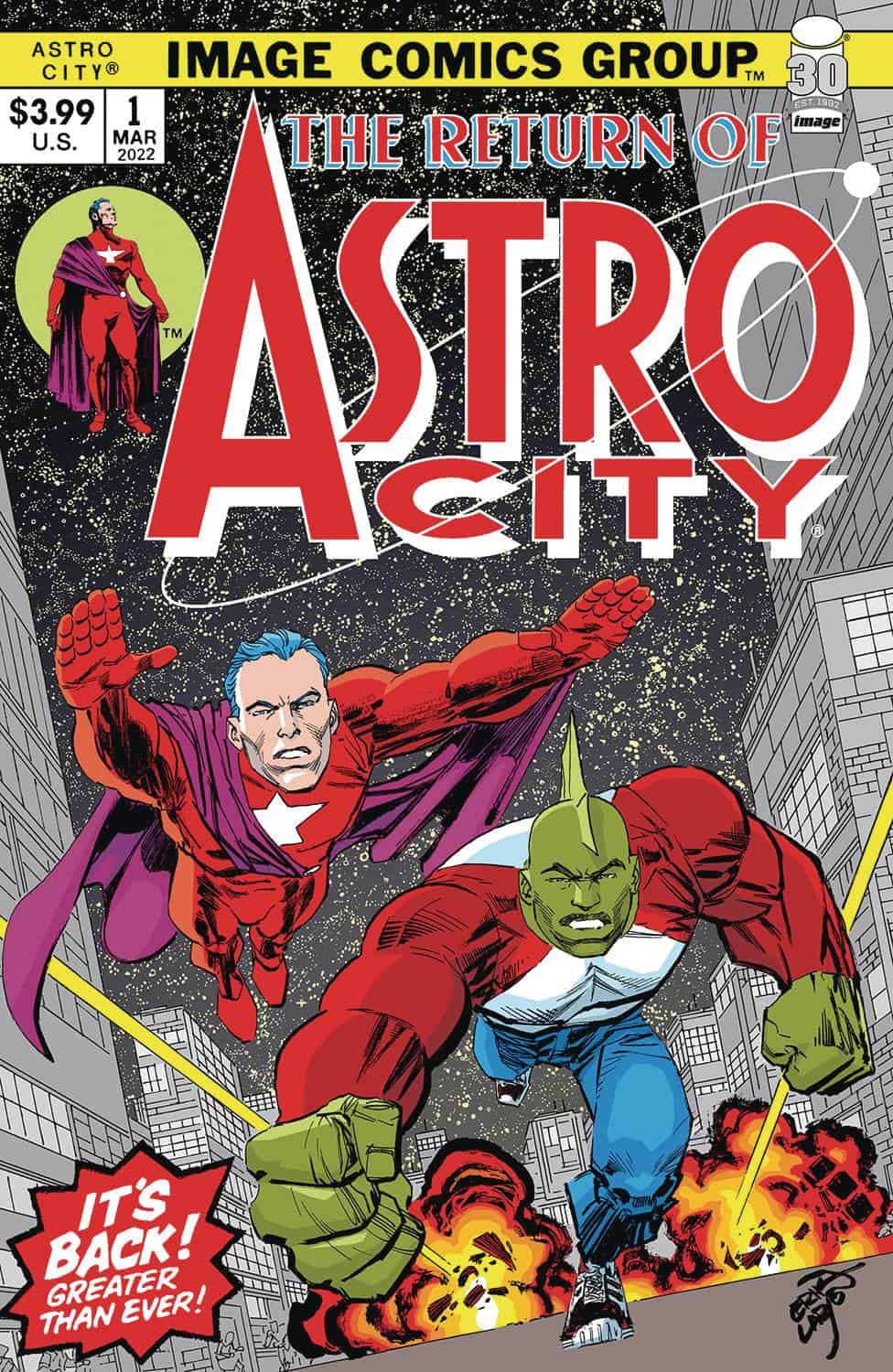 Who were the Jayhawks? What happened to them, and what impact will they have on a young group of teen heroes on the cusp of adulthood... and now, in 2022?

Astro City continues to be comics’ foremost love letter to superheroes, and the new That Was Then… special is no different.

Returning from extended hiatus (again) after concluding its Vertigo volume in 2018, Astro City returns with a tale of what it means to become (or start to become) an adult, legacy, and responsibility. That Was Then… tells the tale of a quintet of teenage superheroes on the cusp of adulthood, struggling in the wake of the death of some of their peers to make sense of death, life, and a rapidly-changing world. The group is roughly analogous for the Teen Titans of the same era; still kids, still fighting against adults, but swiftly coming into their own power and voices against a quickly changing society. Rally, Bugleboy, Rivet, Majorette, and Sunshrike are all former or current teenage sidekicks yearning to be taken seriously, knowing they have a voice and a choice in their paths toward tomorrow, but not quite knowing what to say or how to get there yet.

Scribe Kurt Busiek writes that teenage longing convincingly and poignantly – no small feat for a man in his ’60s. That Was Then… is one of the more touching Astro City outings in awhile; the Vertigo series was rock-solid, but many of its stories lacked the depth of emotional core on display here. The story beats here are universally understandable and applicable to anyone who’s ever struggled with identity during the course of growing up (so, everybody).

There’s no great mystery behind the story’s walloping heft: the young adults featured here aren’t just grappling with growing up, but with the reality that what they do as superheroes isn’t just a kid’s game. There are stakes, and any of them could die at any time. That’s a difficult concept for the teenage mind to grasp; it often takes the actual occurrence of it with someone around them for a teenager to truly grapple with their own mortality. Busiek takes these themes and lets them go where they naturally will, never forcing the narrative or taking any unnecessary detours or side treks. The result is a story that reads flawlessly.

Back for more are classic Astro City co-conspirators artist Brent Anderson, colorist Alex Sinclair, and cover artist/character designer Alex Ross. (Busiek explains in the backmatter that longtime letterer Jon Roshell has left for the greener pastures of his own font design company (swelltype.com – check ’em out, they’re great) but subbing in is ComiCraft pro Tyler Smith with the immortal Richard Starkings overseeing the whole kit and kaboodle. Brent Anderson is always a force to be reckoned with, and doesn’t miss a beat here. But of special note, Alex Sinclair’s switches between his usual coloring styles to a wash for flashback sequences that looks utterly astonishing, and creates an effect I don’t believe I’ve seen anywhere else. In short – Astro City continues to be the medium’s best-looking comic, period.

Astro City was a special comic when it debuted in 1995. It stood in stark contrast to the grimdark ’90s aesthetic, celebrating the humanity in superheroics and reminding us all why we believed men (and women) could fly in the first place. Twenty-seven years later, and that still holds true. Welcome back, Astro City.

Astro City: That Was Then... is a perfect comic for new readers and old fans alike, flawless in every way. If you only buy one comic this week, month, or year - make sure it's this one.