ATOMIC VICTORY SQUAD #5: This is Not the End but the Beginning (Spoiler-free Review) 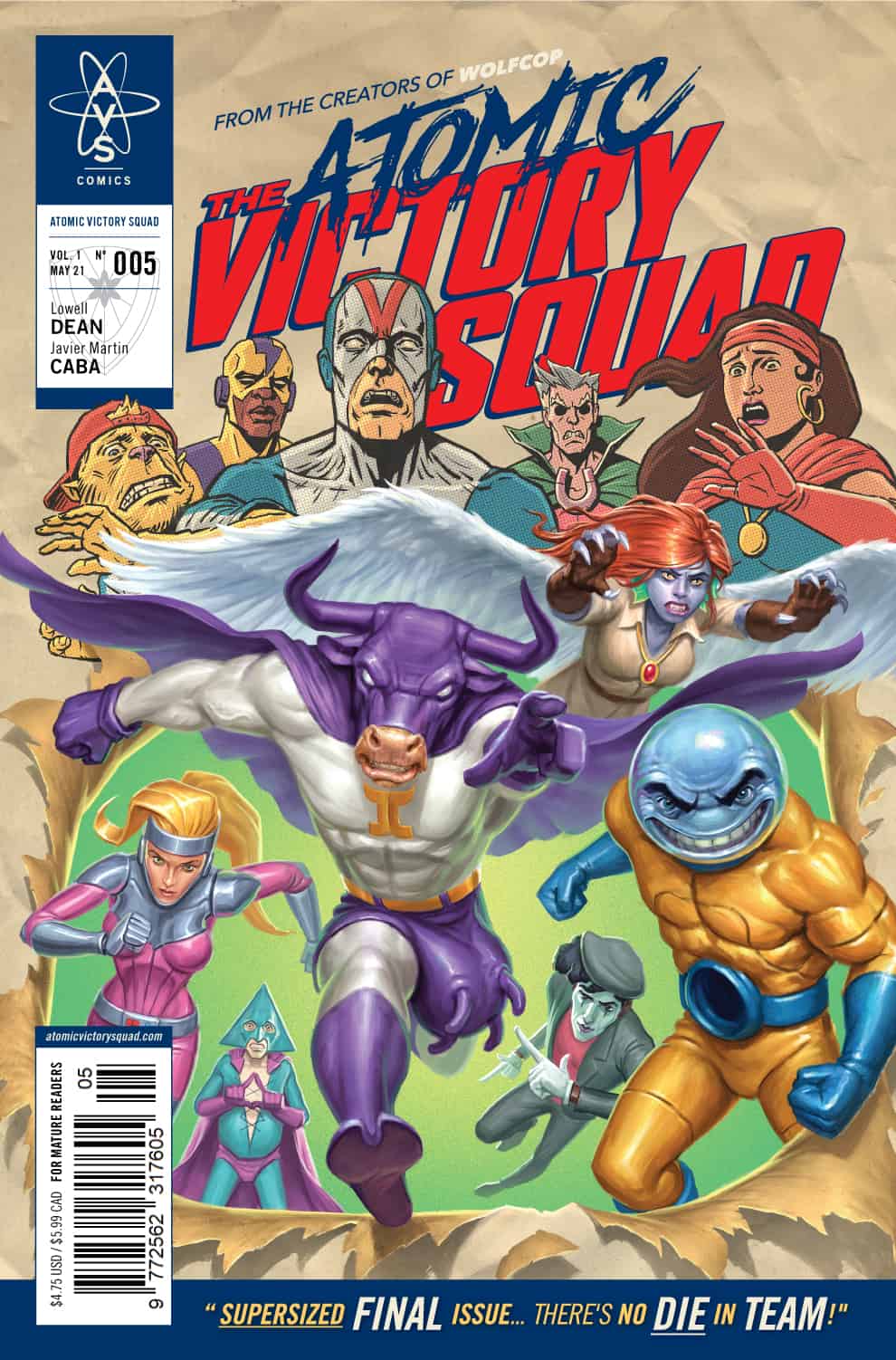 The squad has their biggest challenge yet, themselves. As the battle rages on, they must find the path of victory by any and all means necessary.

Comics are entertaining on different levels and mean different things to different people. Some prefer superhero stories while others don’t. Some prefer war comics while others flock to the nearest Deadpool issue. Regardless of taste, we converge to what not only entertains us but what can connect us to the characters and their stories. We become attached and become one with those characters. We feel their pain, their joy, we take part in their lives. When that happens it becomes magical and at times personal. The Atomic Victory Squad is that comic.

From the first panel of the first issue, the theme has remained constant. Good storytelling wrapped around good art, producing a comic that slowly pulls you in and takes you for one hell of a ride of emotional fun. What we weren’t expecting is the juggernaut that is the fifth and final issue.

Big reveals and tears are plentiful in this final issue. Packed to the gills with action, drama, humor, love, betrayal, and facing life’s tough obstacles are some of the baggage that we are unpacking with this oversized issue, but I am not alone when I say that for a final issue, this was magnificently executed.  As with most final issues the creative teams tend to go all in and bet the house, that is exactly what the ATS team has done. They went all in and came out winners. In keeping this spoiler-free, I will simply say that justice is served on many levels and in a way that has become synonymous with Lowell Dean’s storytelling. You think he is going one way and then without brakes or warning, he takes a sharp turn with all gas and no brakes. I would be no better than Dr. Boomslang if I didn’t mention the art team of Javier Martin Caba and Micah Myers. The bottom line is when you see their names on a book, buy it. Plain and simple. Art needs to tell its own version of the story that is being told, sometimes it succeeds and sometimes it doesn’t. Where Caba succeeds in telling a great story without words, Myers stands up and yells from the mountain tops with extraordinary lettering that is the ultimate compliment to the story.

A little while ago I found the series on Comixology and immediately fell in love with every aspect of what was being offered. What I found was a story with funny and loveable characters that would completely take me over and become one of those series that I cannot stop talking about. Series like The Helm, I Kill Giants, Count Crowley, Back to Brooklyn, series that are full of moxie and know it. Comics are great but it’s the comics that hold your hand and take you on adventures that are the best. I’m gonna miss the ATS holding my hand, however, I know the exact location in the long box should I ever want to go on a quick trip.

Don’t forget to stop by Indiegogo and grab your copy today!

To everyone involved with this series, we say thank you. Take a bow, take a break (you’ve earned it), and let's do it again. I can’t wait for the next adventure.

ATOMIC VICTORY SQUAD #5: This is Not the End but the Beginning (Spoiler-free Review)