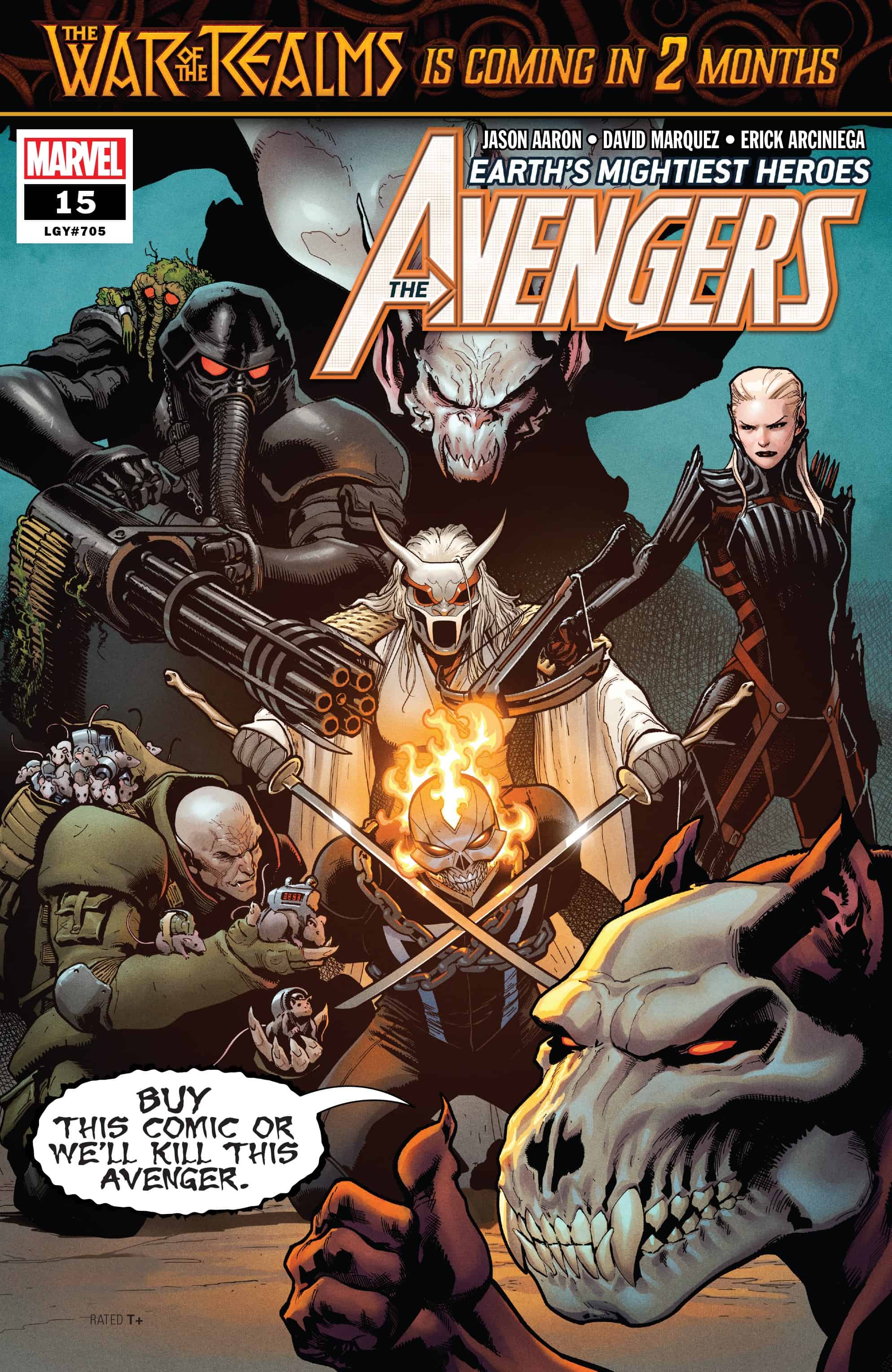 The Shadow Colonel escapes from Avengers mountain with the help of a somehow controlled and empowered Ghost Rider. Meanwhile Tony sneaks into superjail in Russia to chat up Dracula in some Hannibal Lector kinda situation. We learn basically nothing but have a hell of a time doing it! 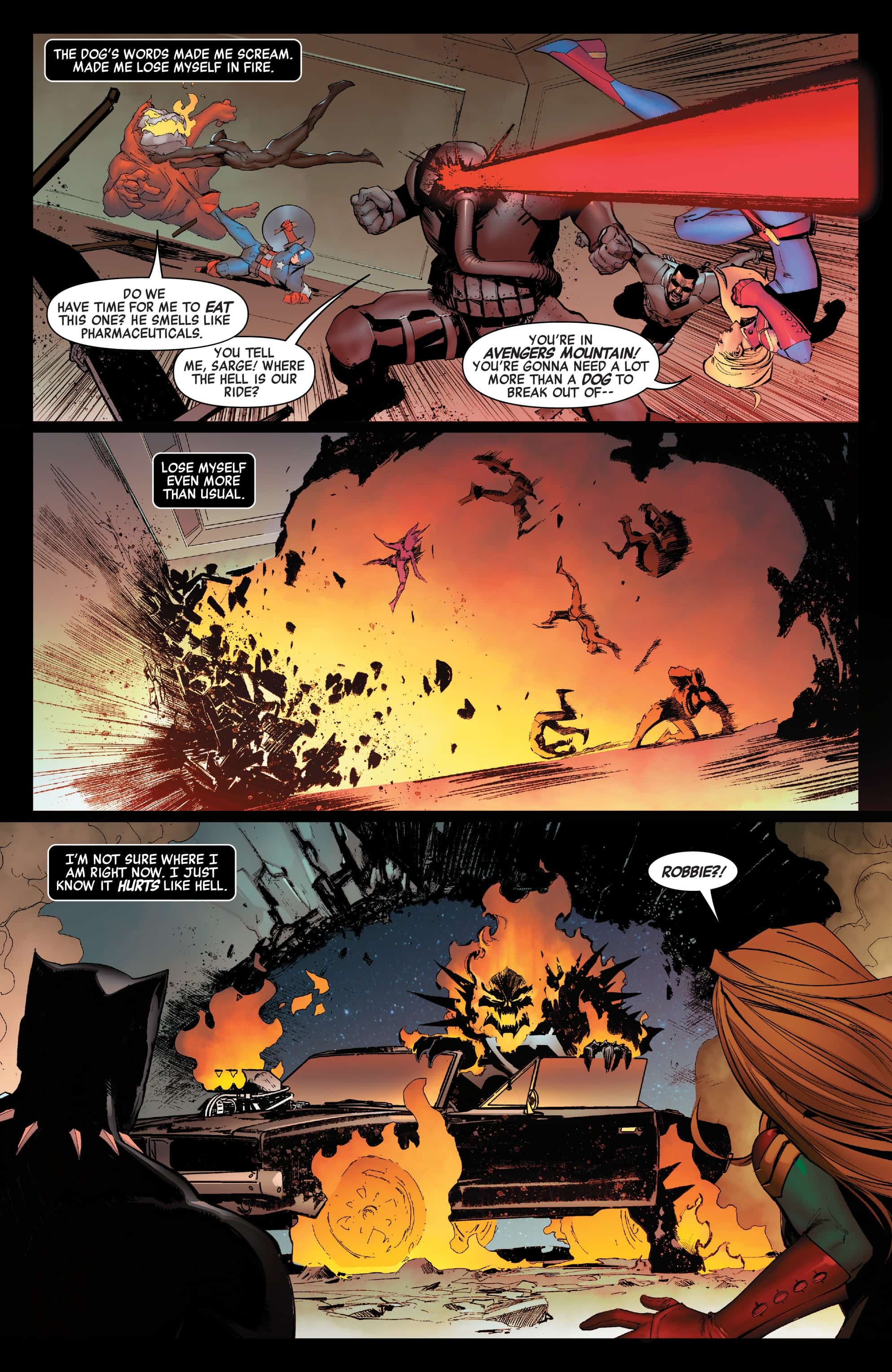 The Battle for the Throne of the Damned continues on two fronts in this very interesting second issue of Jason Aaron’s vampire civil war. As I said above we didn’t learn much, but otherwise this is a strong issue. I liked what we did learn, mainly some info on the Shadow Colonel’s associates and a bit of Dracula riddle speak. Fun is fun regardless and I did have a good time. Why did we recruit Blade if he can’t even take down the vampires? Oh yeah, silver nunchucks. That’s right. 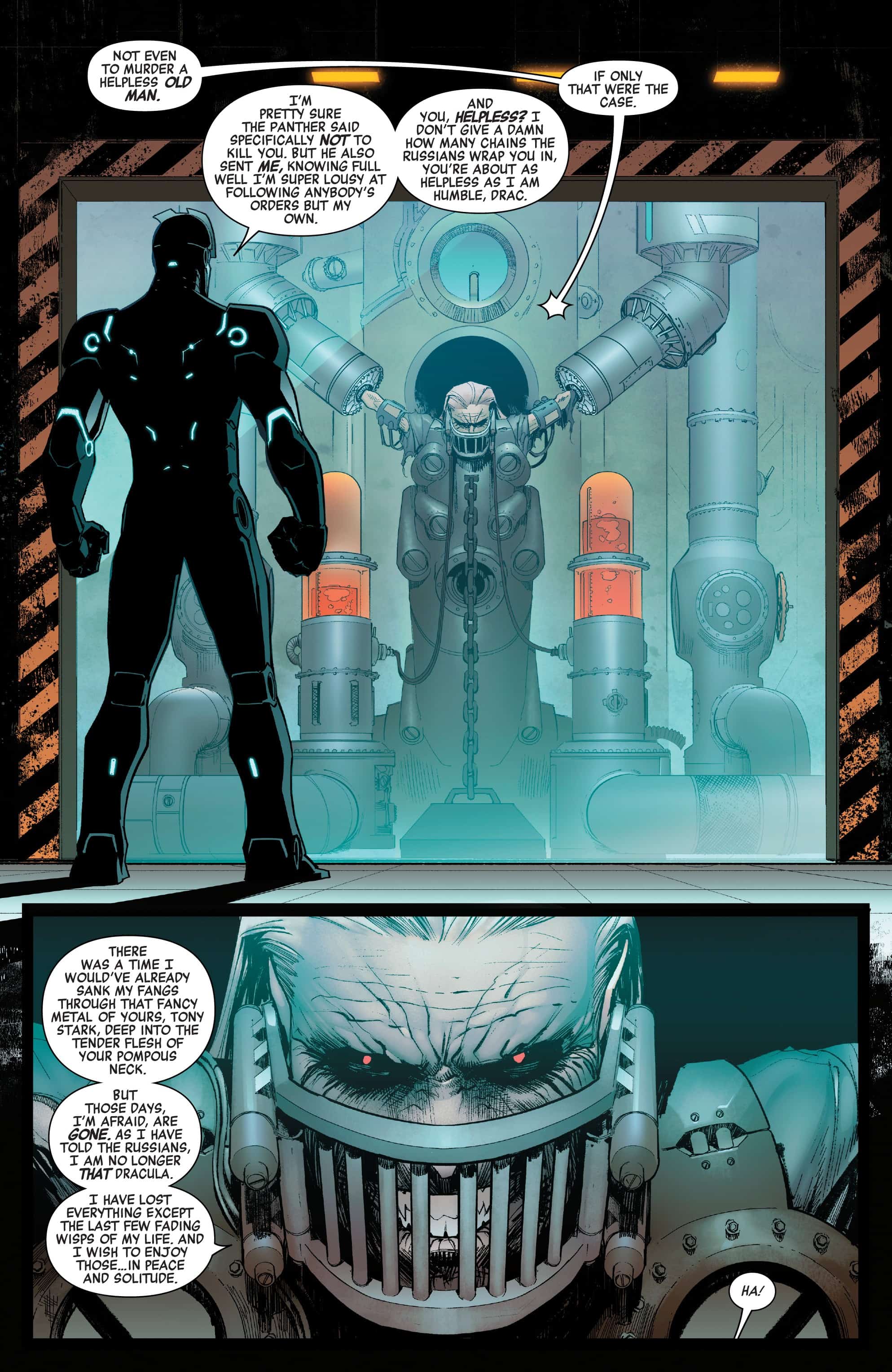 The art by David Marquez with colors by Erick Arciniega is stellar, a bit darker for the most part tonally thanks to the nocturnal nature of the antagonists I don’t feel like any color or detail is sacrificed.

As I said last issue,this is the book I've wanted for months and I love it.