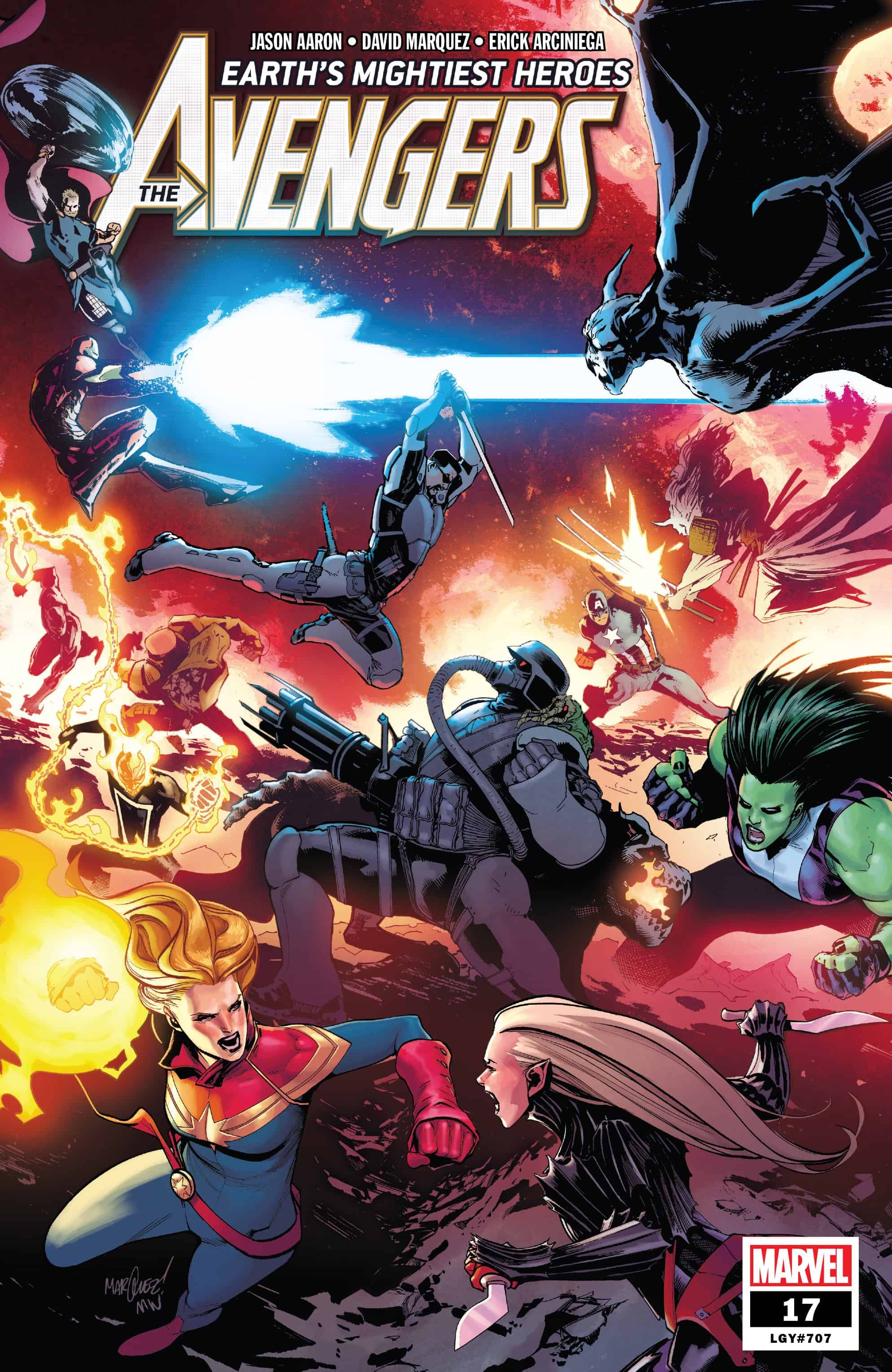 The vampiric civil war wraps up neatly with the Shadow Colonel soundly defeated so quickly and completely it almost makes me feel like there's a huge event around the corner... 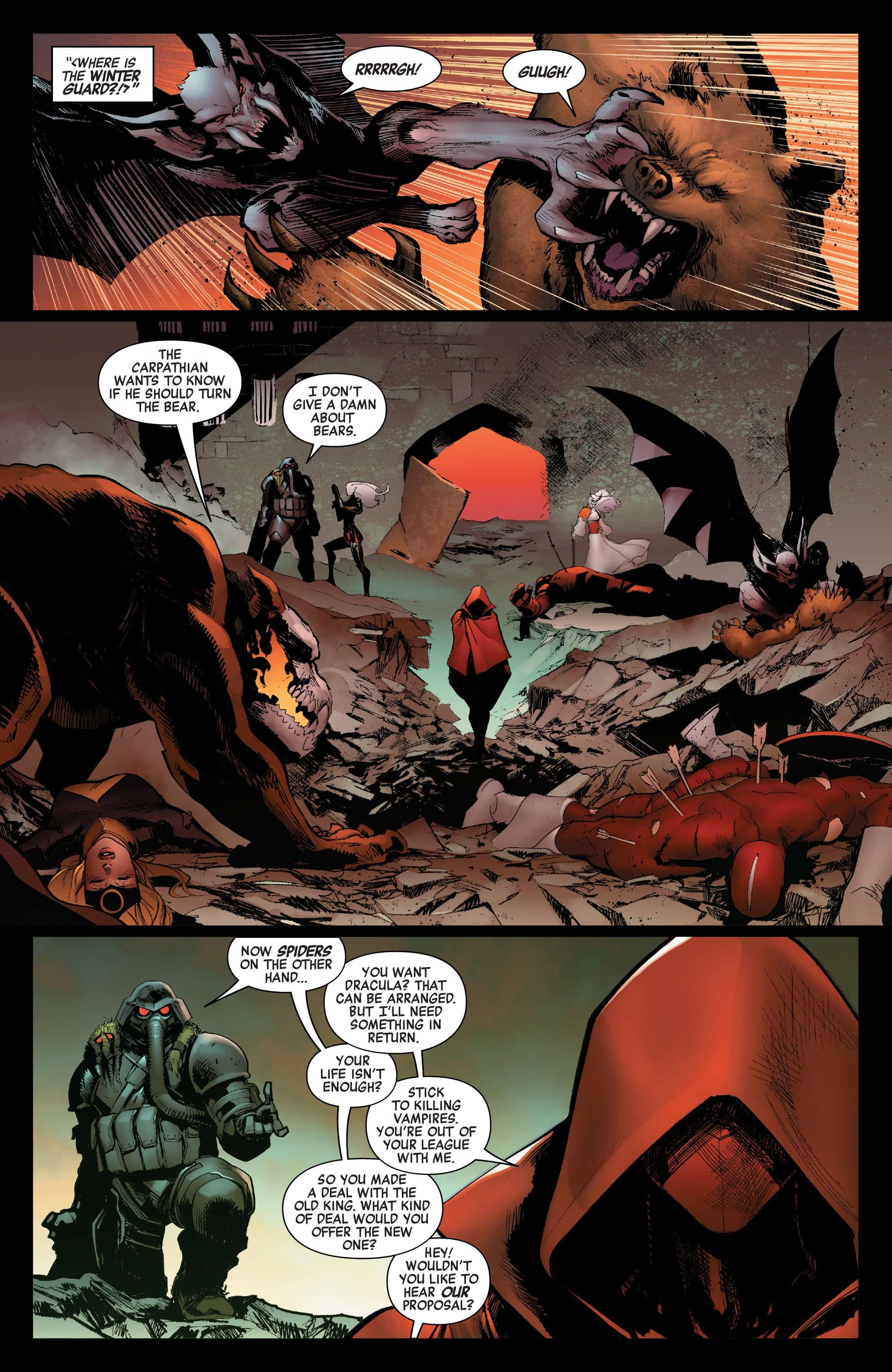 This arc (which I have generally been very on board for) ends a bit abruptly and somehow feeling flat. I liked a lot of moments within like Thori finally taking on the Colonel’s dog, but it just felt like members of the cast showed up and left like checking off a list. I thought the epilogue was interesting although Dracula looks pretty good for a dude who’s been living on radioactive crows. Also are they out in the daytime? How did Dracula get fancy clothes? Why does Shadow Colonel have laser vision? So many odd moments.

I am pleased that Blade is staying on the team I figured he would bail once the civil war ended. It was a little annoying that suddenly the Avengers are trying to get him to stop killing vampires, they knew who he was when they hired him. 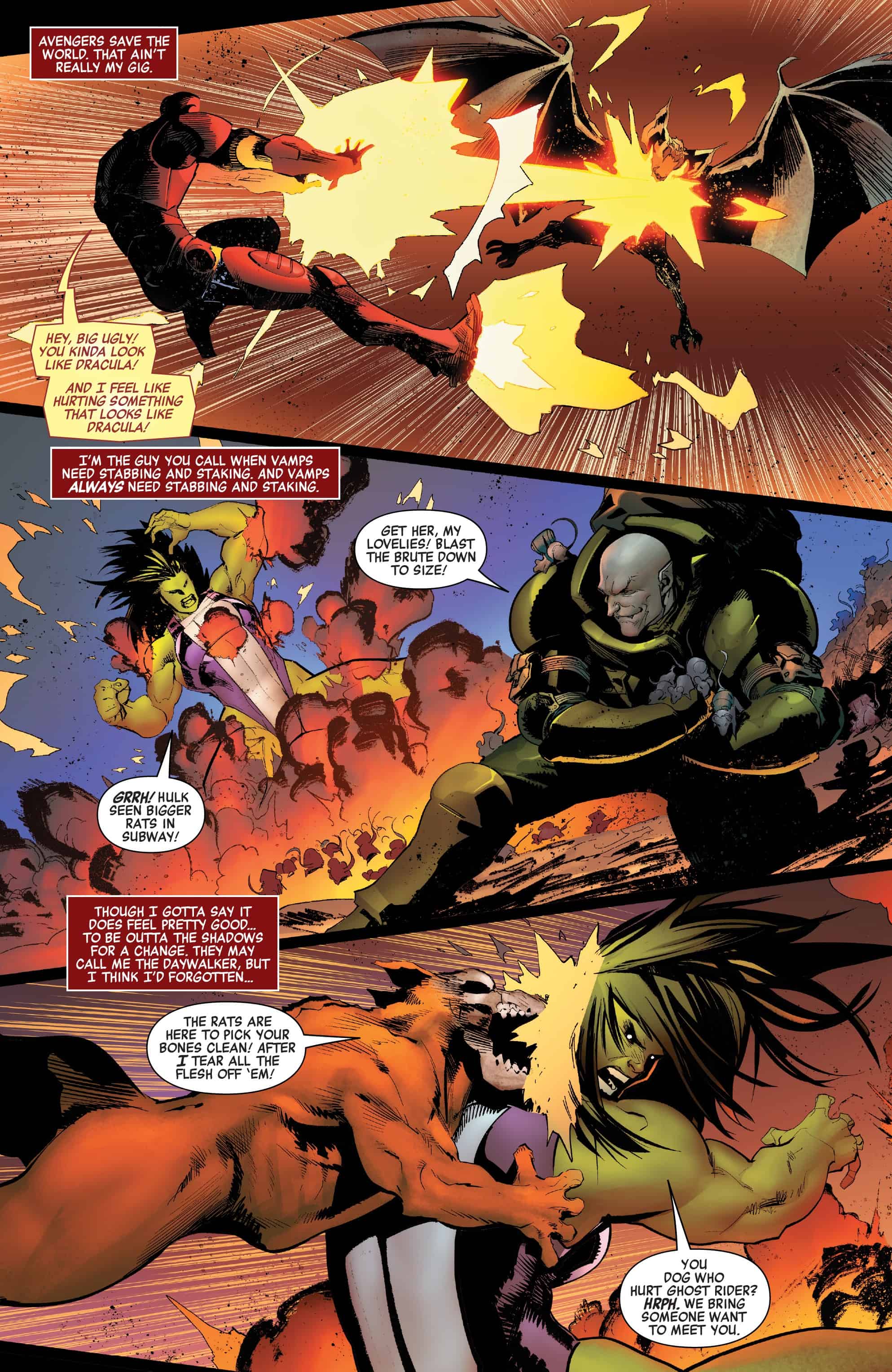 The art by David Marquez and Erick Arcienega is pretty great, it’s just unfortunate that more progression isn’t happening within the story with a ton of panels being one off moments, Cap pops up randomly for one panel and we don’t see him again, so on and so forth. I do really like what I see though.

A tidy ending to a fun arc, that left me feeling like I could have used a bit more.