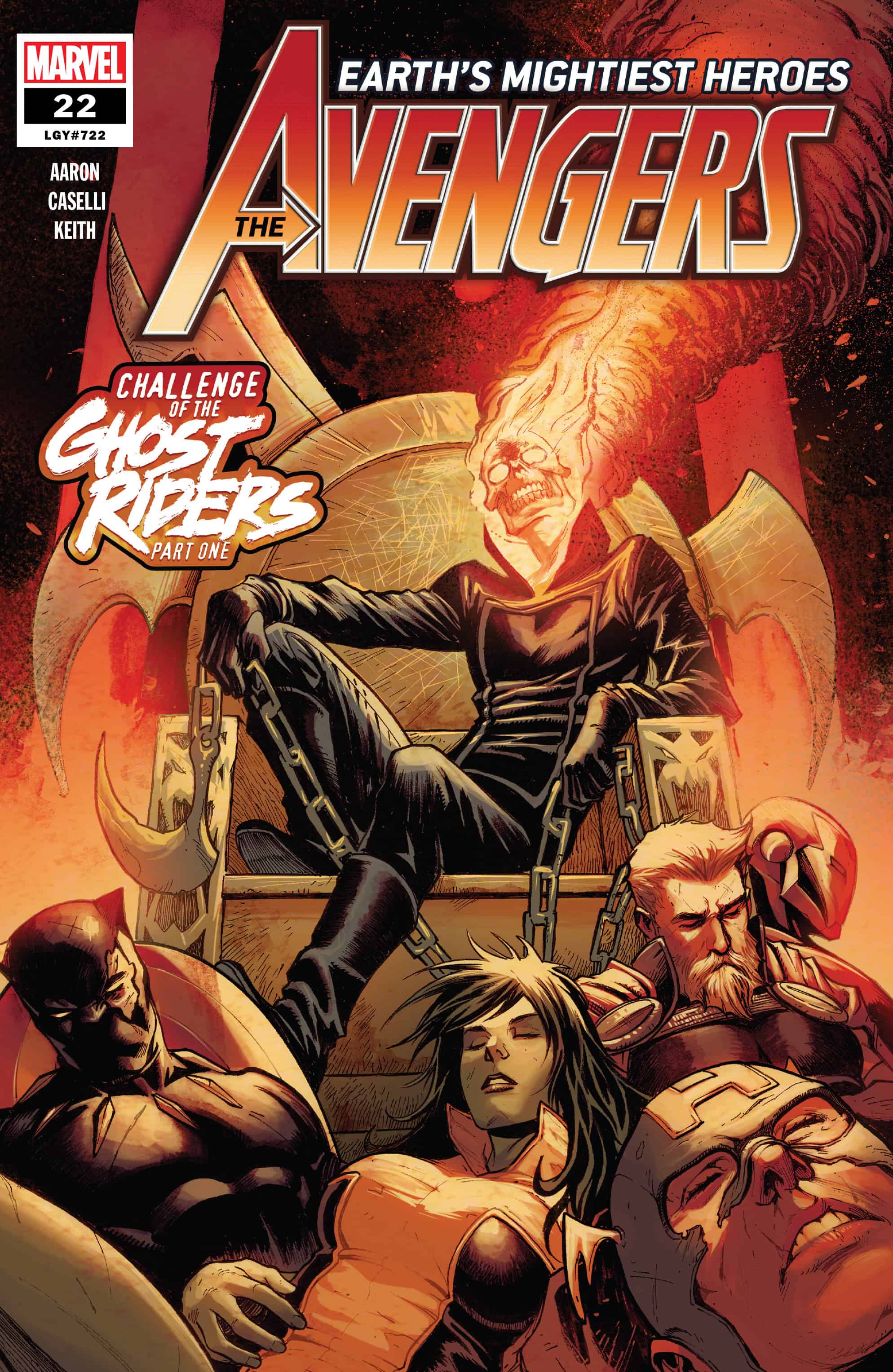 Robbie Reyes has begun to hear voices in his car. Normally that's fine but when the voice takes control of the car it's time for an exorcism, Avengers style! 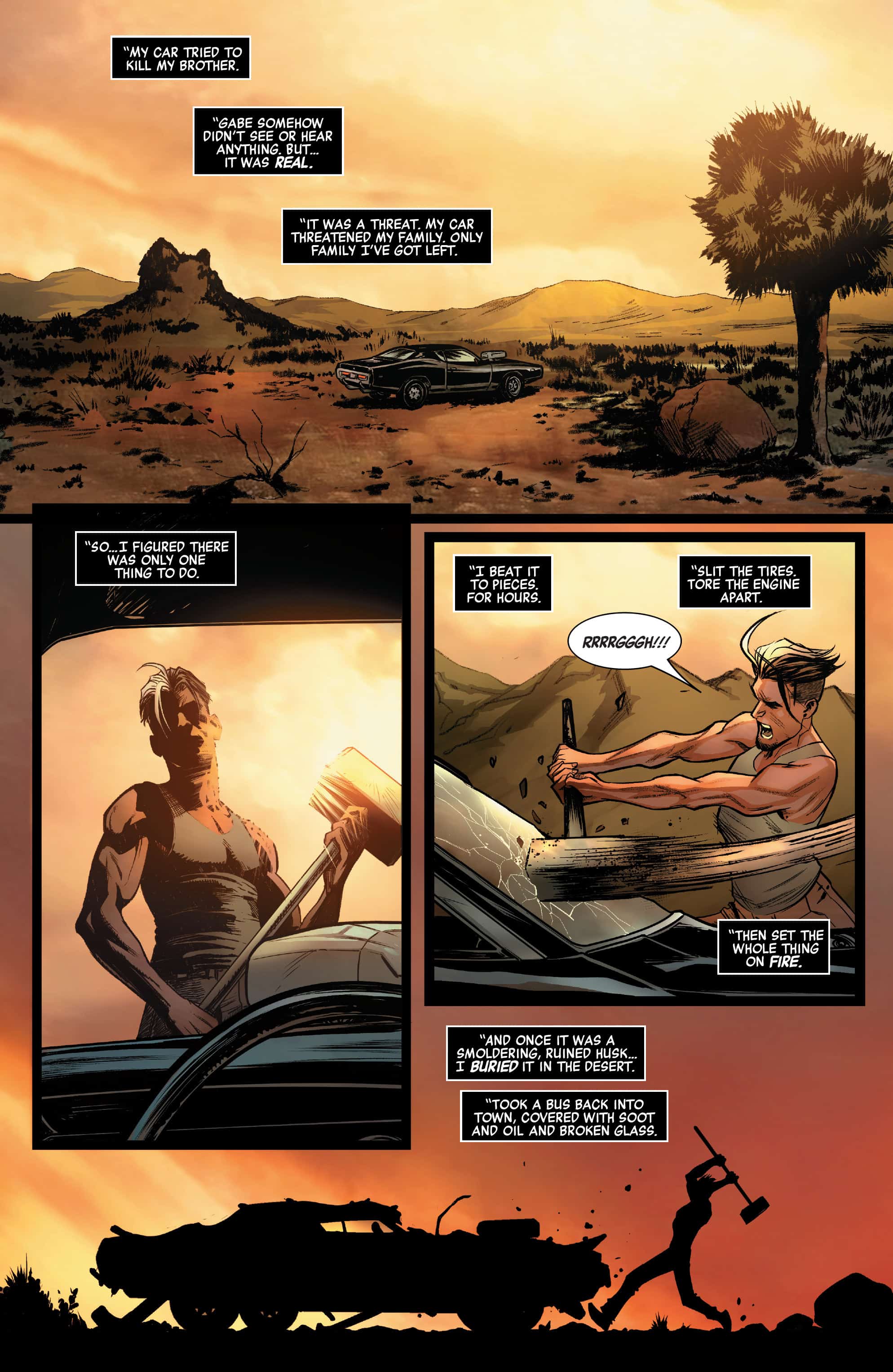 A solid issue that follows through (kinda, more on that later) on promises dropped in several books regarding a Ghost Rider race featuring several permutations of the character including Robbie, Johnny, possibly Danny and… Frank. I swear if that stupid 1 million BC Ghost Rider shows up I’m punching faces. 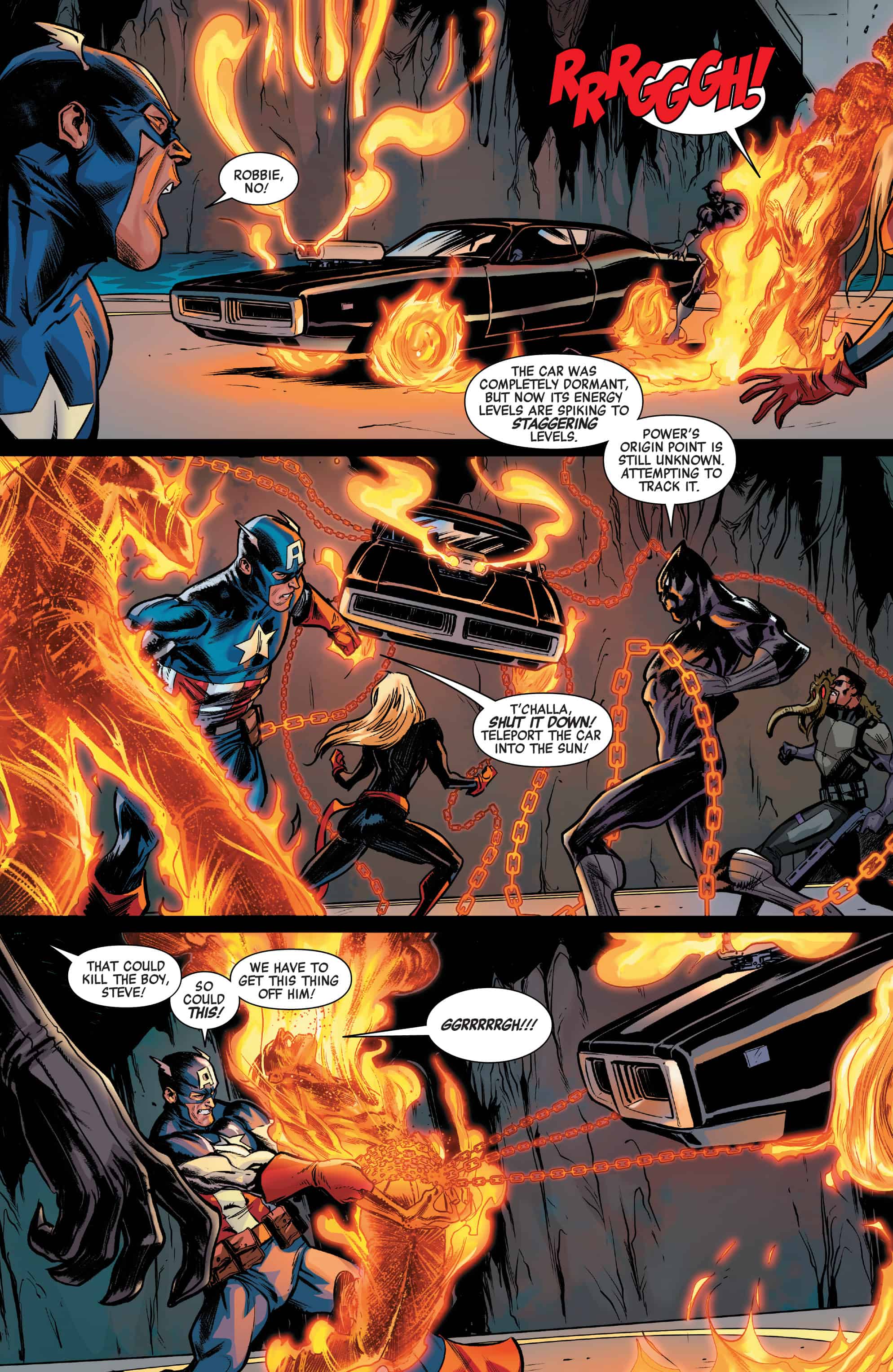 I thought the attempt at exorcism was a bit silly and doomed despite the help of the Son of Satan, who knows what hole he’s been hiding in but hey neat callback or whatever and a decent use of his expertise. Speaking of callbacks I did like Blade’s familiarity with Blaze and Ketch being referenced, sharp minded fans might recall they travelled in the same circles during the Midnight Sons era in the early 90s. Do yourself a favor and maybe don’t read Rise of the Midnight Sons, a 6 issue crossover from 1991 that is so aggressively 90s, making it a little ahead of it’s time actually. Maybe read it? It’s not bad… The one issue though is Blade was part of the arc that ended in Blaze becoming king of hell, invalidating his response unless he’s being duplicitous. 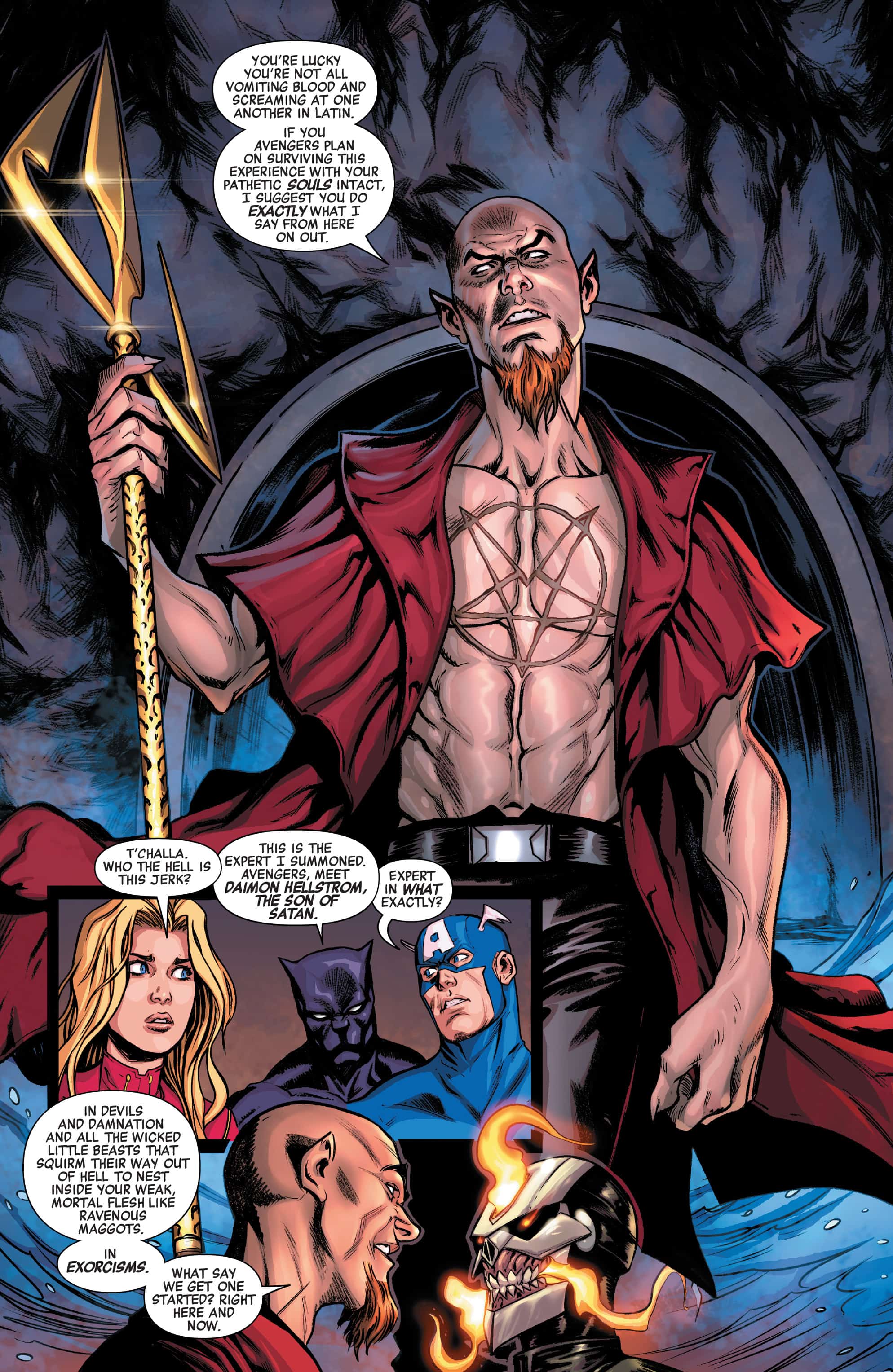 Maybe this issue will begin another relatively focused arc like the vampire arc or opening arc which I am in favor of maybe this series can finally gain some momentum, but it seems ridiculous that I’m HOPING for momentum 22 issues in to a series. At this point I have stopped buying the series personally due to my exceptionally well documented complaints in it, I like Jason Aaron a lot but I don’t like this series.

Meanwhile we have a subplot (because we can’t have an arc without half the team being  on the other side of the planet doing some nonsense) that was teased in the FCBD special featuring Tony in prehistoric times. Oboy more BC Avengers. Damn.

All complaining aside the art in this issue was excellent! Stephano Caselli sets an idea tone for an arc based in hell, that said why aren’t we in hell? Meh. Hellstrom looks awesome and the entire exorcism scene is just so dang cool looking.

I was a bit afraid we’d get an issue or two of buildup before anything interesting happened hellwise and it looks like I’m right. Was I mistaken to expect something quicker with teasers saying “ghost rider race in avengers #22” which definitely doesn’t actually happen in this issue. A relatively minor complaint about the way comics work nowadays I suppose.

Jump on this issue if you want or read the vampire arc first it works either way this story should be decent enough.