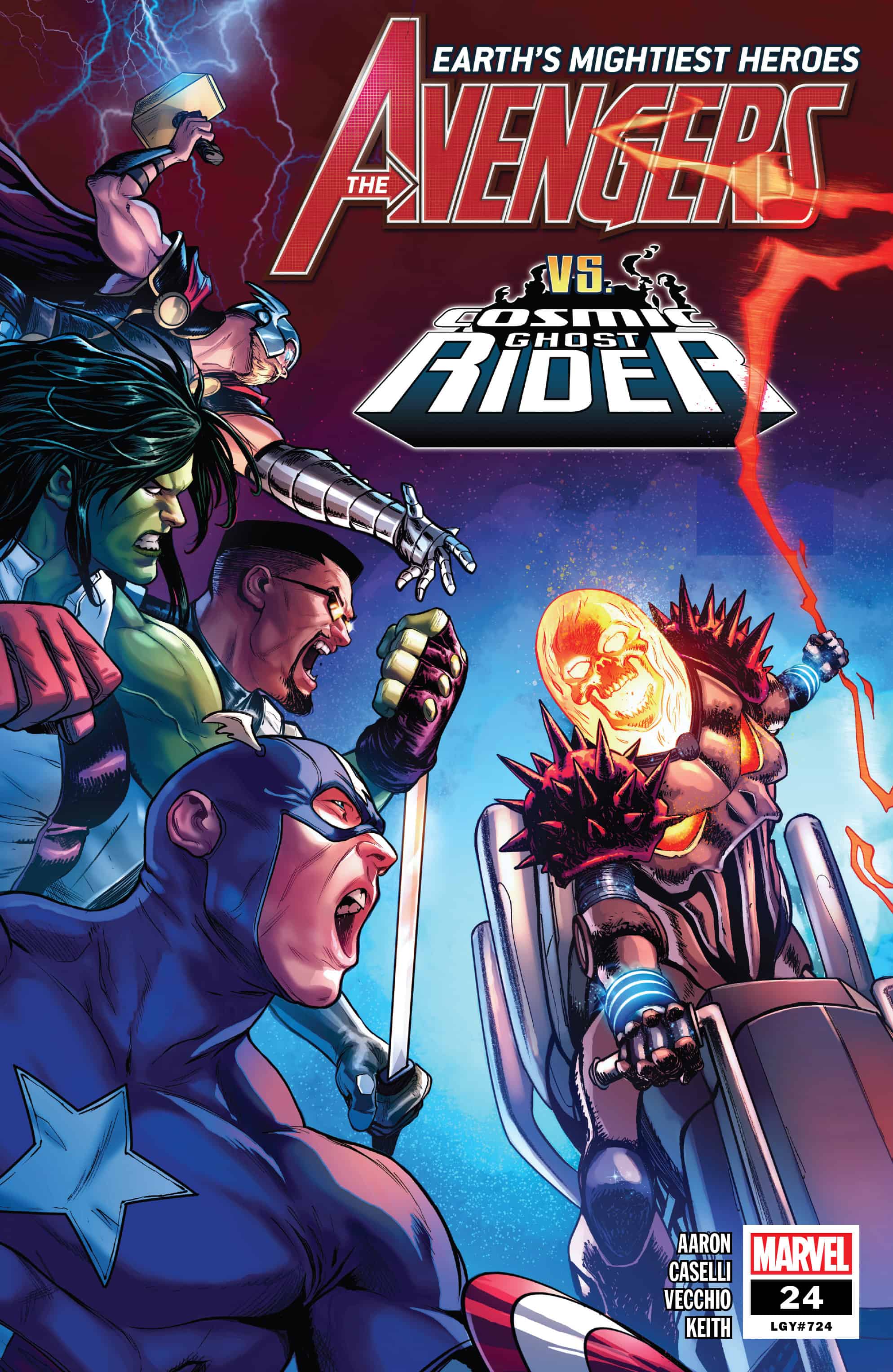 Robbie Reyes is stuck in Hell, about to embark on the Challenge of the Ghost Riders against the king of Hell himself - Johnny Blaze! Fortunately, an assemblage of Ghost Riders past are on hand to give Robbie their support - and maybe a tip or two for winning. 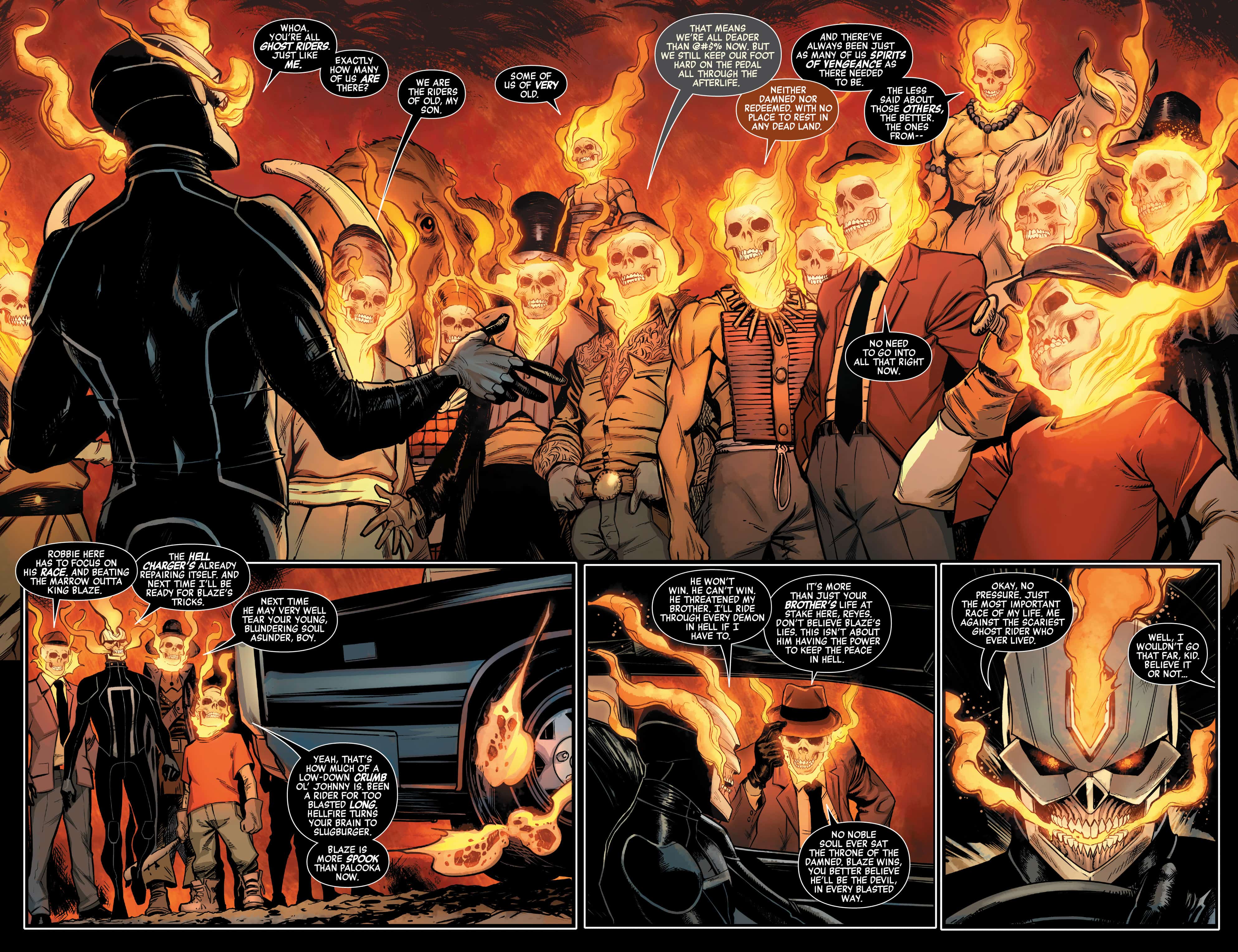 On Earth, the Cosmic Ghost Rider (a.k.a. Frank Castle of the far future) has been duped into thinking the Avengers are working with Blaze! The battle is on! 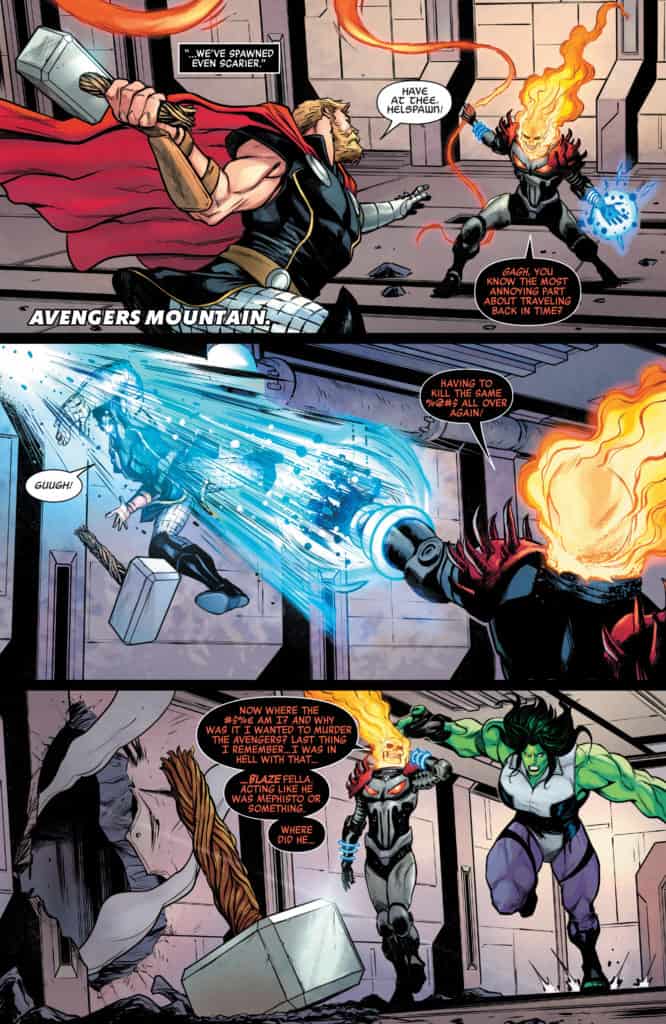 Meanwhile, in Hell, the race progresses - but never let it be said the King of Hell isn't willing to cheat to win! 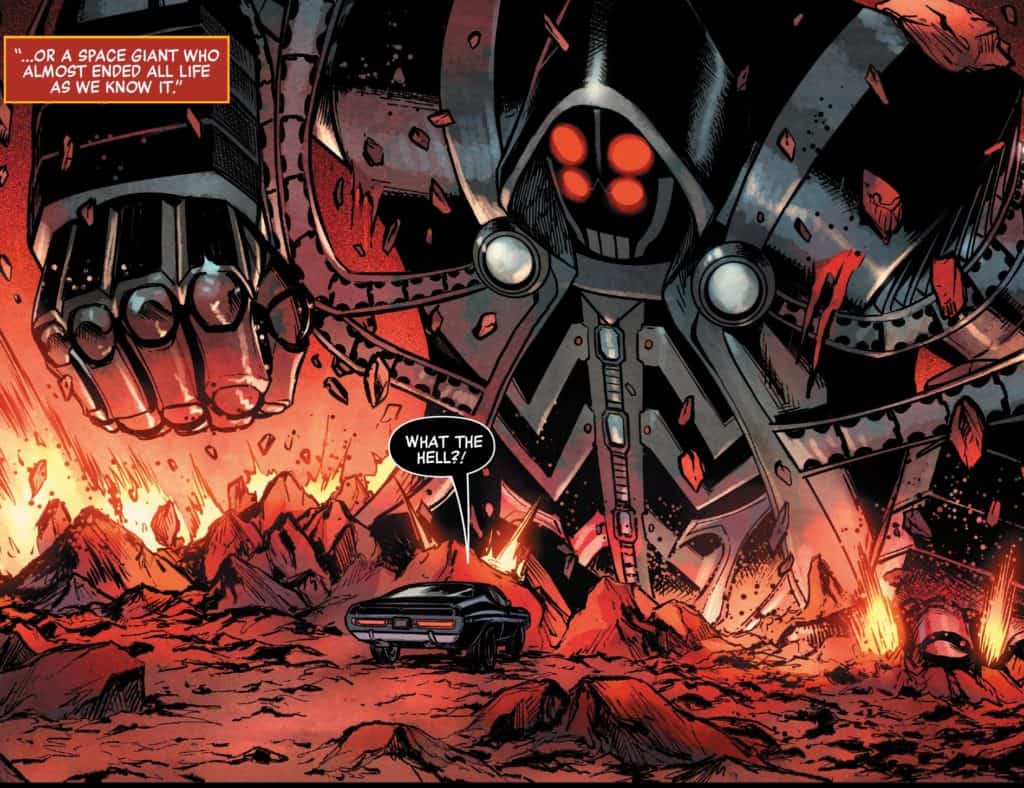 The Misunderstanding Fight is one of superhero comics’ greatest and longest-enduring tropes: get two heroes together, have them mistake one another for a foe, then duke it out for however long until they realize they were never enemies at all, shake hands, and team up to battle the real big bad.

And with that brief description, fans have now read about 2/3 of Avengers #24.

That’s not to say there aren’t some fun moments throughout the fight, but like so much of writer Jason Aaron’s Avengers run, a fair amount too much of it is pure fan service and/or Aaron amusing himself. Cosmic Ghost Rider hitting She-Hulk with his own skull is goofy fun (and perhaps a sly nod to one of “Red vs. Blue’s” greatest gags), but there’s a limit. The fight goes on for the majority of the issue, with each of the team members going at it with CGR for a bit too long. It’s noticeably padded with lots of decompressed space, which is spent on images like this: 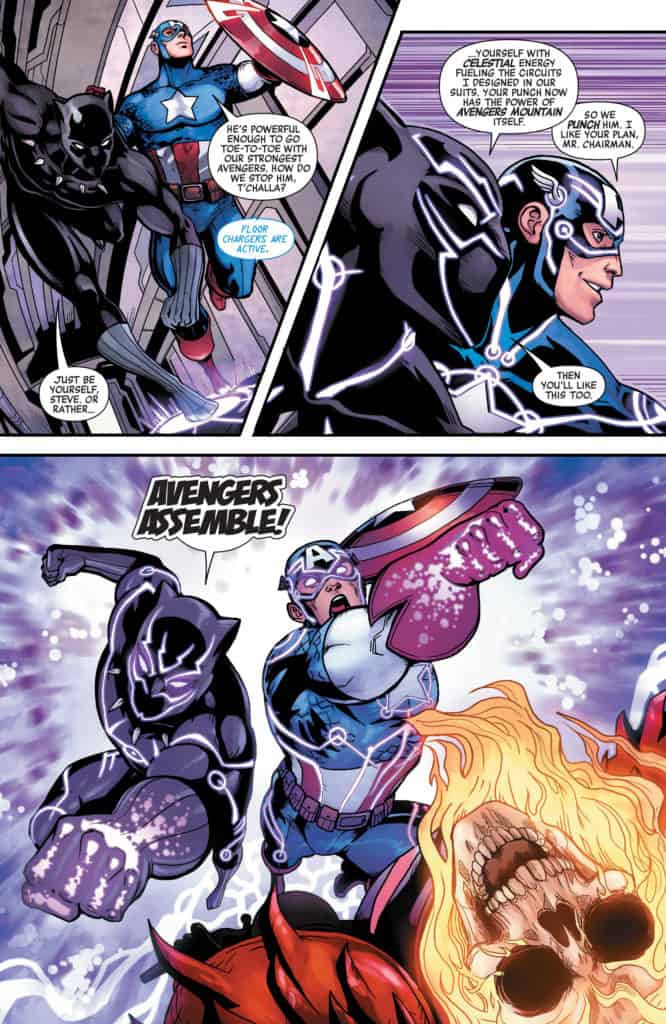 It took most of the issue to get to this point, then Blade poses and shoots a magic gun, then the denouement: 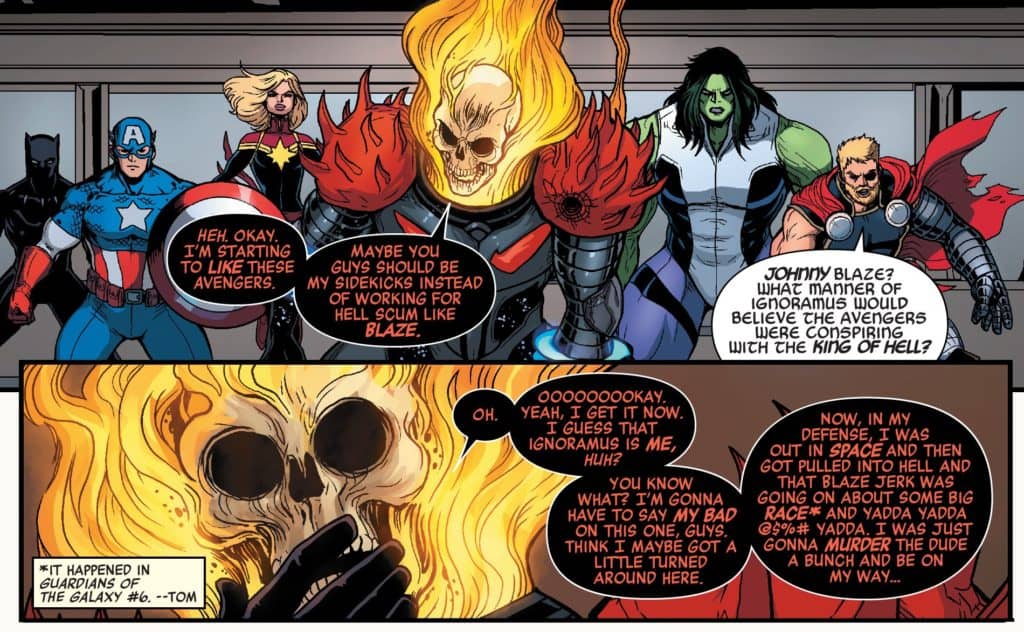 And that’s that. Misunderstanding Fight over, now we team up.

Aren’t you glad you spent $3.99 on this? For a cliched fight you’ve read a hundred other times in countless other comics?

It’s also more than a little irritating that so much real estate is spent on Cosmic Ghost Rider, he of the never-ending flavor of the month. As some sort of ersatz Space Deadpool, a little CGR goes a very, very long way. Unfortunately, that way is the bulk of this comic.

The other part of the issue is a bit more interesting, though, detailing Robbie Reyes’ race through Hell against Johnny Blaze. We get cameos galore from the historic Ghost Riders past (Aaron tipping the hat to himself since it’s a concept he invented, but the legion of GRs is a really fun concept so it can slide. Knuckles O’Shaughnessy, baby!), and the quasi-return of the Doom Celestial from this volume’s first arc. But wrapped around those fun nuggets are a ton of eye-rollingly cheesy exchanges between Robbie and the damned soul of his murderous uncle. The spirit of the exchange is pretty textbook “You’d be nothing without me!” bad-guy spiel, and cringeworthy dialogue that, frankly, the Jason Aaron of a few years ago would have never written. I’m not sure what’s up with him on this comic, but he seems to be almost deliberately dumbing down is writing to accommodate a bigger audience. If that’s the case, more’s the shame, because he could have brought something really special to the Avengers’ lore. He’s a talented writer when he wants to be, but his Avengers run seems more focused on fan service than substance.

Avengers #24 provides yet another superficial installment of writer Jason Aaron's run, underwhelming with a few cool fan service moments sprinkled throughout. If you've been waiting for this book to pick up steam... this isn't the issue for you.