Avengers #51 The Hunters Part One 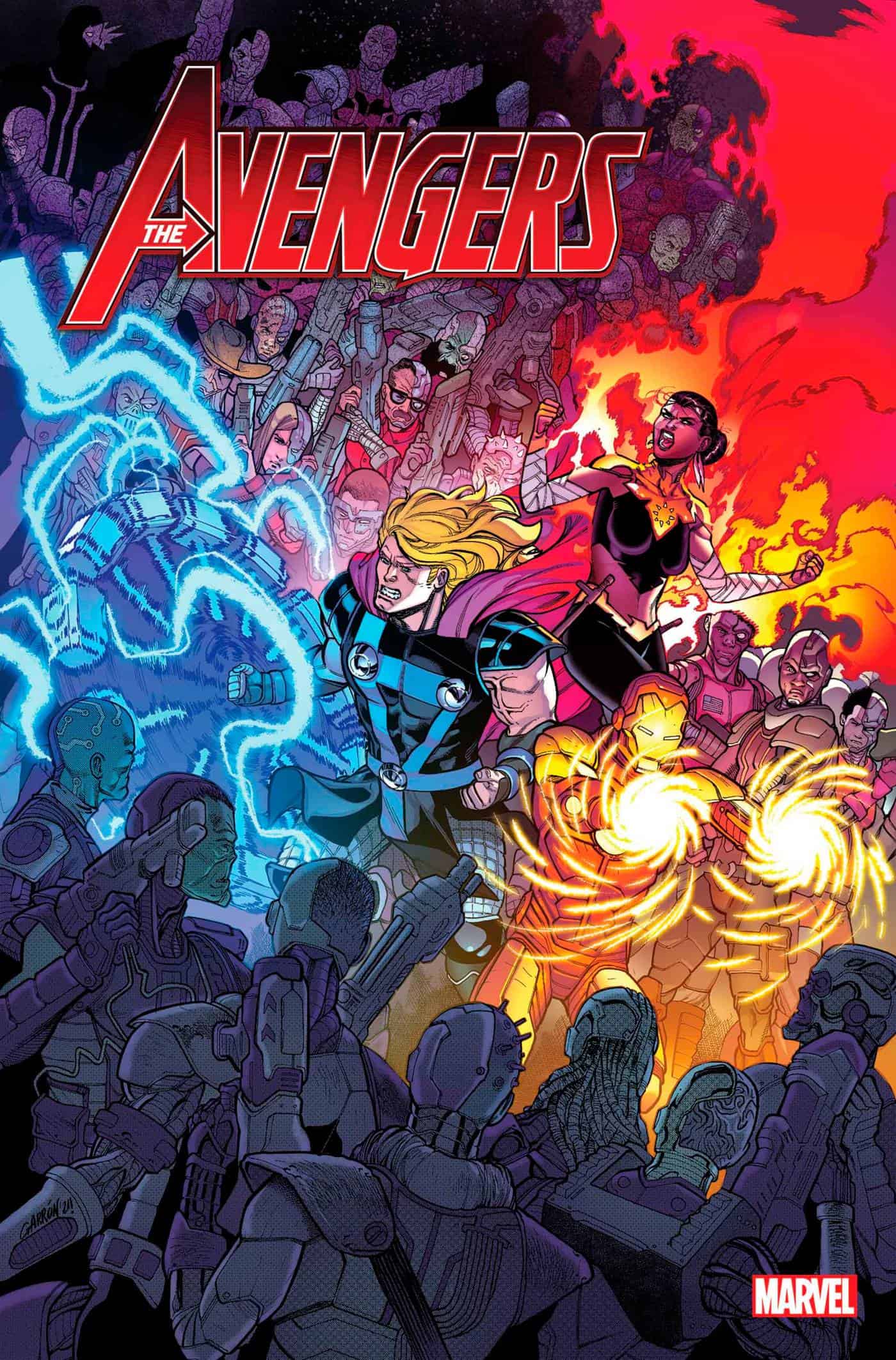 THE DEATH HUNT BEGINS.
Sent by the mysterious Avenger Prime from a great watchtower at the dark heart of all that is, the cybernetic soldiers known as the Deathloks have come to our Earth with a dire warning for the Avengers. But hunters follow close behind them to ensure their warning of megaversal doom is never delivered. The most Earth-shatteringly powerful hunters any universe has ever seen. And their first stop: the golden realm of Asgard.

After a Giant Sized issue of Avengers #750 (#50), issue #51 continues with the Deathloks of the Megaverse seeking the Avengers help from the multiversal, Masters of Evil. This issue begins with the repercussions of Thor learning his mother may be the Pheonix. As interesting as the concept may be, Thor’s emotions are written short. Jason Aaron doesn’t do well in portraying the emotions Thor is feeling. His emotions don’t feel real and barely relatable as the narrative doesn’t go in depth on what he is going through.

Aside from Thor’s issues, this comic is mainly centered around the battle on Asgard as the Deathloks seek help from the Avengers to battle the new Masters of Evil. The Masters of Evil is a boring team to begin with. The idea of heroes from other dimensions represented as villains has been done before. This unoriginal idea brings nothing new to this comic as the list goes on to what makes this issue unexciting.

tThe list goes on with unoriginal ideas. Seeing Echo continue to learn how to control the Pheonix was also boring. Echo’s struggles are cut short before they can develop.  Seeing her go straight into the battle doing well for herself made no sense for someone just learning how to maintain control over their new significant powers.

As for art, Juan Frigeri’s line work was the highlight of this issue. His style has a soft touch to line work, yet still display clear and vivid panels. I loved the way Thor and Iron Man are drawn side by side fighting. The action was drawn really well and made every strike felt. Frigeri does a good job showing fiery energy and explosive rubble throughout the pages without making panels seems overdone or unreadable.

However, David Curiel’s colors fell a bit short in this issue. The colors did not complement Frigeri’s work, especially during the Phoenix panels. The fire Echo radiated felt dull. There were barely any reflecting glows surrounding the flames. In some parts the flames felt like solid colors and didn’t bring the heat.

I love the Avengers team and that’s what has me picking up these issues. But the plot as a whole doesn’t bring anything new to the table. It’s been a struggle to continue reading this series.

Avengers #51 The Hunters Part One