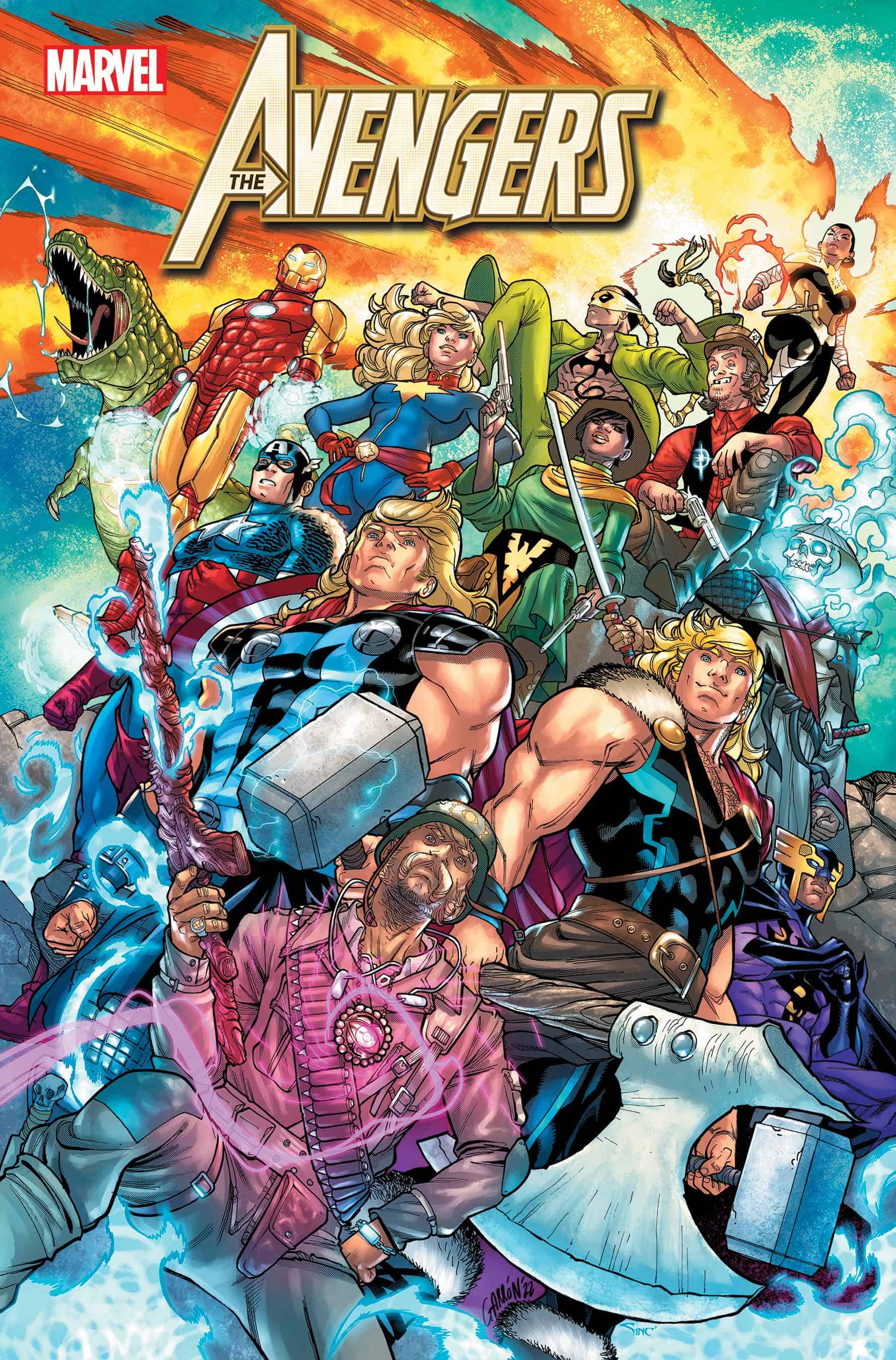 MEET HISTORY'S MIGHTIEST HEROES! The Avengers are lost in time, and if they're going to stop Mephisto's grand plan, they'll need help from some of history's greatest heroes, whose stories have never been told. Like the mystical man of war, Sgt. Szardos, Soldier Supreme of World War II, and his squadron of supernatural grunts, the Secret Invaders.

Issue #57 sees the Avengers continuing their trek through time as they work to vanquish the diabolical plans of the demon Mephisto. Jason Aaron carries on with his somewhat divisive “every arc is an event” approach, which has attracted criticism for its emphasis on gimmicks and action over substantial narrative and character focus. Fans who have grown wary of Aaron’s questionable use and characterization of this iconic superhero team may be relieved to hear that their presence in this comic is reduced to a mere cameo. Others will be let down when they discover the comic does not deliver on its cover’s promise of a true, old-fashioned team-up.

In reality, the issue is a mostly isolated short story serving as an introduction for Sergeant Sebastian Szardos, a brand-new character who expands the mystical side of the Marvel universe in a fairly interesting way. Szardos is a gruff, all-American soldier fighting in the second world war, who also happens to be an ill-prepared student of the Ancient One. Armed with the Eye of Agamotto and a living rifle made of flesh and bone, Szardos protects the allied forces from hellish supernatural threats unleashed on them by the Nazis. The issue actually benefits from its minimal ties to Aaron’s grander narrative, making for a decent detour that brings to mind the anthological pulp comics of old.

The timeless combo of World War II and occult fantasy never fails to produce at least a smidgeon of entertainment value, and Avengers #57 is no exception to that rule. Mentions of Nazis weaponizing vampirism and constructing sentient U-boats from demon bones not only heighten the narrative, but also help the fantastical elements within the world of Marvel to feel more grounded. The universe’s history prior to the age of superheroes becomes more colorful and complex as a result. The only piece of character building given to our titular Avengers is admittedly decent, with Carol Danvers utilizing her often overlooked knowledge of fighter aircraft to help Szardos save the day.

For all its positive attributes, the comic is still unable to avoid some of the pitfalls which have plagued Aaron’s run. While the concept of a rookie sorcerer constantly winging his way out of conflicts amidst the chaos of war is interesting, Szardos as a character is not. Beyond the beautifully drawn undersea battle with a Lovecraftian behemoth, the issue does not do much to sell him as a capable or likable protagonist. The assistance he receives from the Avengers rides the line of deus ex machina, robbing the sergeant of his chance to defeat his enemies in any clever, unique way. Perhaps seeing Szardo lead his squadron of Secret Invaders, hyped up in the issue synopsis, could have helped elevate his appeal, if only they weren’t relegated to a single panel at the end.

Judging this issue on the basis of what it appears to be, a stealth pitch for an ongoing or mini following the adventures of the Secret Invaders, I would say it is acceptable. The concept is intriguing enough, and if it were to be expanded upon, I would probably be compelled to continue reading. As an issue of Avengers, though, this comic will be disappointing, especially to those wishing for more focus on the main team.

Similar to it's preceding issues, Avengers #57 stumbles in the delivery of what would otherwise be very interesting ideas. In the process, it deprives fans of the type of super heroics and team dynamics that they have to come to expect from an ensemble comic.