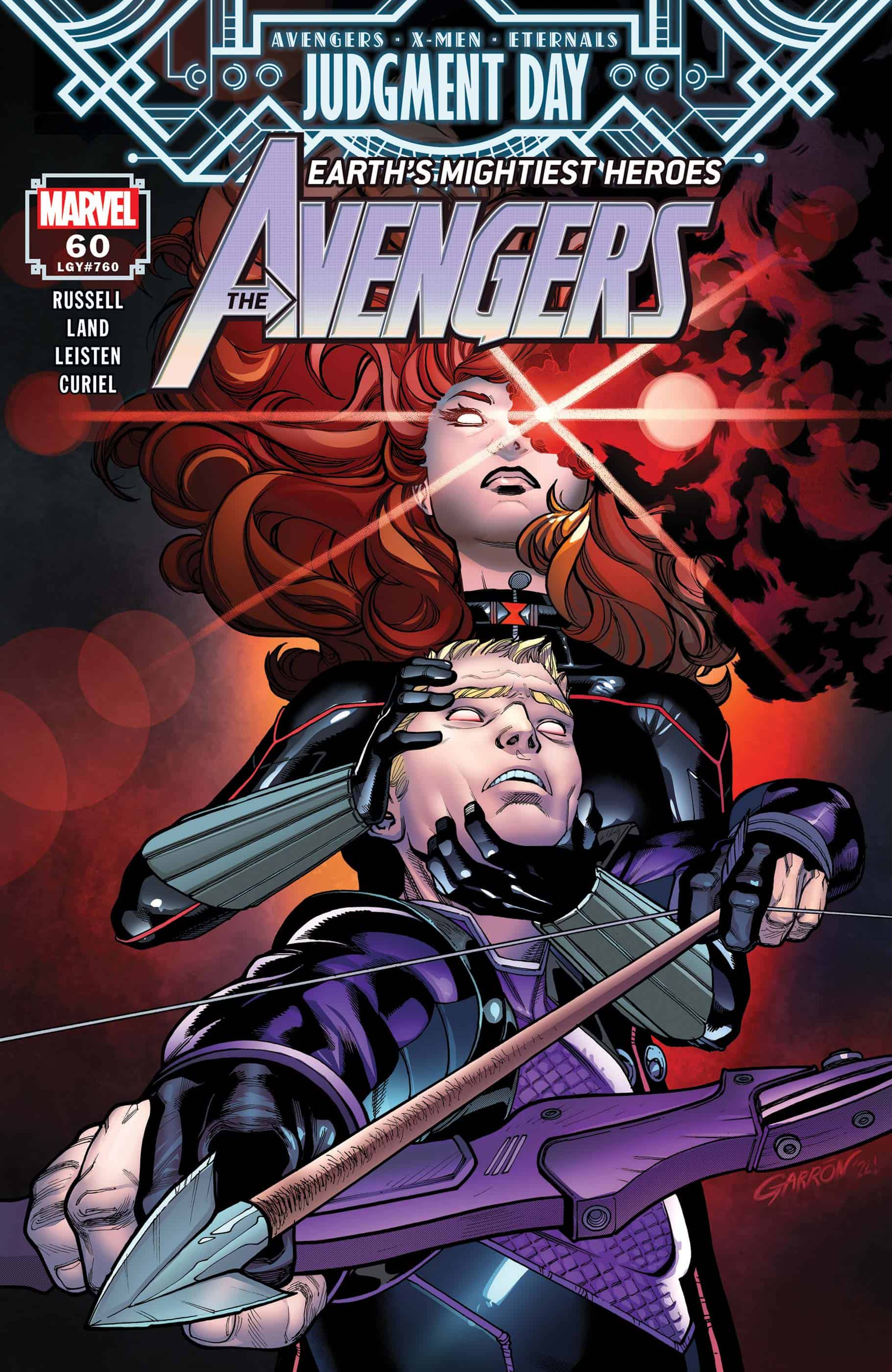 Druig, the leader of the Eternals, targeted all mutants for extermination, launching an attack on their island nation of Krakoa. The Avengers allied with a group of Eternals opposed to Druig’s plan, and together, they used Avengers mountain, the husk of a dead Celestial, to create a new god: the Progenitor. But once awakened, the Progenitor made a proclamation to everyone on Earth: they have mere 24 hours to prove their worth–and if they are found lacking, all will die!

Judgment Day has been an admirable attempt to subvert the various stigmas associated with modern comic book crossovers. So often now do these “groundbreaking” events come along with the promise of shaking up the Marvel universe that what little spectacle remained in them has long since faded away. Massive hero versus hero battles, or hero team-ups against a one-off cosmic threat, are only made more tiresome by the fact that they tend to overstay their welcome. Not to mention the annoyance of every series in the publisher’s line-up having to put aside their own narratives to accommodate the crossover for several months. The real substance of these events has always come not from the action or adventure but whatever character-building happens to worm its way in there.

Seeking to cut out the fat, Judgment Day has set up a conflict more akin to a trial than a war, and every being on Earth must now prove their worth. It’s a unique premise that has opened the doors for some intimate explorations of characters’ psyches and histories while allowing writers to flex their knowledge of comic continuity. What better person to put in such a dramatic and psychologically-straining scenario than Hawkeye?

Mark Russell is the excellent guest writer of Avengers #60, bringing a characterization of Clint that shares a lot of DNA with Matt Fraction’s now iconic version of the character. Any fan who has been itching for another taste of Fraction’s Hawkeye is highly recommended to pick this issue up, as it might be the closest replication you’ll ever find. The way Clint Barton sulks about New York City questioning his own self-worth like an adult Charlie Brown is honestly hilarious. His internal monologue feels incredibly genuine, reflecting the real way a layman like him would tackle these grand philosophical questions. It’s not only Barton providing the laughs though, as a celestial in the form of Natasha Romanoff is also there to serve as a comedic foil.

The moral quandaries presented within this issue may not be deep enough to blow your mind. In fact, you’ve likely heard the same discussion about moral relativism play in numerous other books, television shows, and movies. But the execution is effective enough to support this quirky and bittersweet story. It’s the exact breath of fresh air needed in the midst of the dramatic main event.

Writer Mark Russell takes the premise of Marvel's latest crossover and does wonders with it, resulting in a charming story that makes for a great stand-alone read. No prior knowledge of Avengers or Judgment Day required!