Avengers #62: The Land Before Time 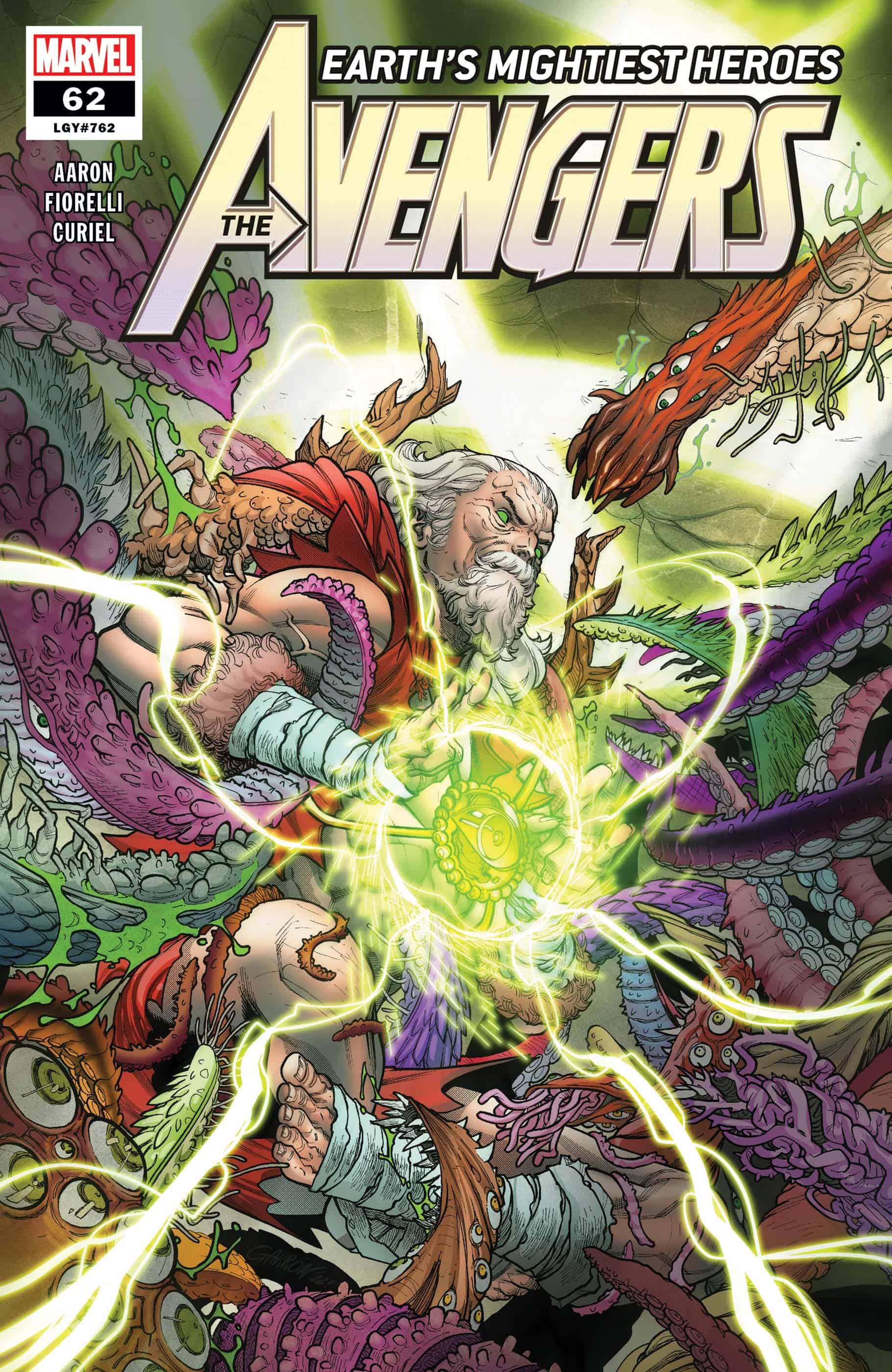 The demon Mephisto has been bedeviling the Avengers, traveling through time in an effort to
unravel their history. The Avengers embarked on their own journey through time, seeking to
protect the very first Avengers in the prehistoric past, battling Mephisto along the way in various
time periods. Starbrand managed to attack Mephisto directly, though the exertion of her powers
accelerated her aging. Mephisto escaped once more, but the now elderly Starbrand was able to
finally send herself and the team to the needed prehistoric genesis point.

Avengers #62 jumps backward in time once more to follow the journey of the ancient sorcerer supreme as he zips across the primordial Earth, aiming to reunite his fractured team. As I have surely mentioned before, any media embracing the savage, pulpy qualities of Conan the Barbarian is bound to find its way into my vulnerable fanboy heart. It is for this reason that the Avengers’ prehistoric precursors have managed to gain my affection for aesthetics alone. Still, I have not for the life of me been able to find any reason to care for them as a team or individual characters and seeing as they have been a major point of focus in Jason Aaron’s run on Avengers, that is a big problem.

There just hasn’t been sufficient time to build up these characters, as any previous spotlight they’ve gotten has been quickly snatched away by the superfluous romantic drama between Odin and the Phoenix. With those two having parted ways by this point in the timeline, Jason Aaron finally has an opportunity to flesh out his supporting cast, but, unfortunately, does not take full advantage of it.

As usual, Avengers does not falter in the art department, with the gruff and primal nature of the period being expertly conveyed using thick, rough line art and earthy colors. Ivan Fiorelli manages to pack abundant character and environmental details into limited space, lending to the comic’s world-building. The familiar motifs worked into the fashion and architecture of prehistoric Wakanda make its evolution from a stone age kingdom to a utopian empire feel all the more tangible.

There is nothing super engaging about this particular sorcerer supreme or his stereotypical stoic and wise old wizard personality. For the most part, Aaron simply doubles down on his previous portrayals of these characters: the Wakandans remain isolationists, and Odin remains a miserable man drowning his sorrows in alcohol. The entire issue seems to exist only as a quick recap of events for anyone who did not pick up the Avengers: 1,000,000 B.C. one-shot, making it a redundant read for all who did. The one stand-out sequence is an exchange between the Sorcerer Supreme and the Iron Fist, which expands upon the motive behind the team decently, even if their objective of protecting and uplifting primitive humanity steps on the toes of the Eternals franchise a bit.

I was genuinely caught off guard when I realized that #62 was the “finale” of this arc, as there was no follow-up on the shocking developments of last issue nor any resolution. As it turns out, the true climax of the Avengers’ conflict with Mephisto will be told through a separate comic miniseries, leaving this issue as a rather awkward ending to an arc that overstayed its welcome.

Avengers #62 offers up plenty of artistic flare, but little story progression with no real resolutions.

Avengers #62: The Land Before Time