Quicksilver is frozen in stasis and at the mercy of the Lethal Legion. Will he become the first casualty of this gruesome game? A handful of Avengers are all that’s left to save Quicksilver and the world. 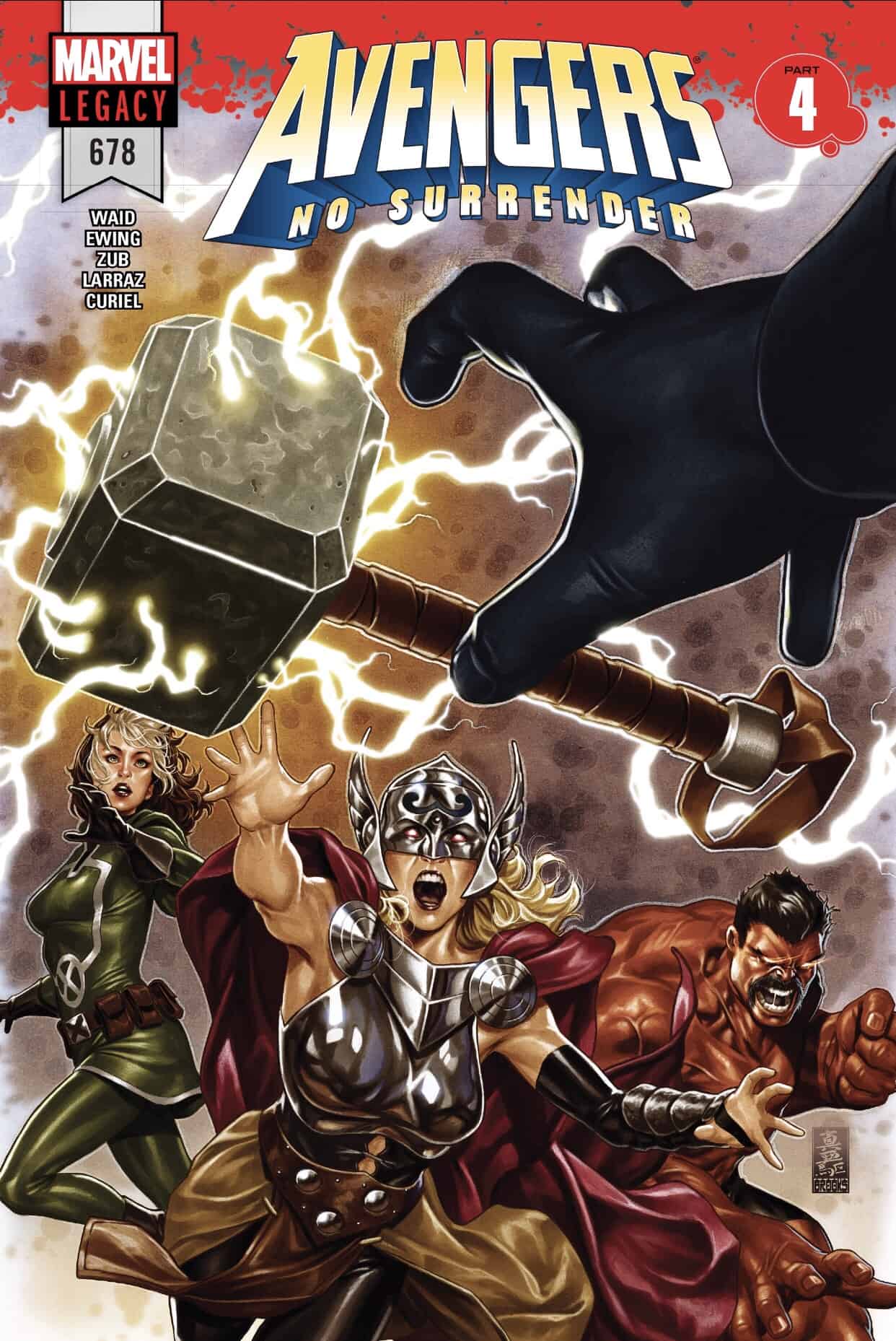 What You Need to Know: The world has been stolen for some perverse game involving the Grandmaster. Now, with the earth in chaos and most of the world’s heroes frozen in stasis. It’s up to a handful of Avengers to stop the madness and save the planet. Fortunately, Voyager, a long forgotten original Avenger has returned to help. With the Lethal Legion and the Dark Order fighting to win the “game.” Time will tell if Voyager will be enough to rally the Avengers in time to stop the insanity. Two teams of Avengers have been dispatched to two locations where both the Legion and Dark Order fight to claim a prize. Despite having been left off both teams, due to losing the trust of his teammates. Quicksilver headed to the first team’s location, led by Rogue. Pietro seems unstoppable until he too is locked in stasis out of nowhere. The Blood Brothers plan to remove Quicksilver from the board, permanently. 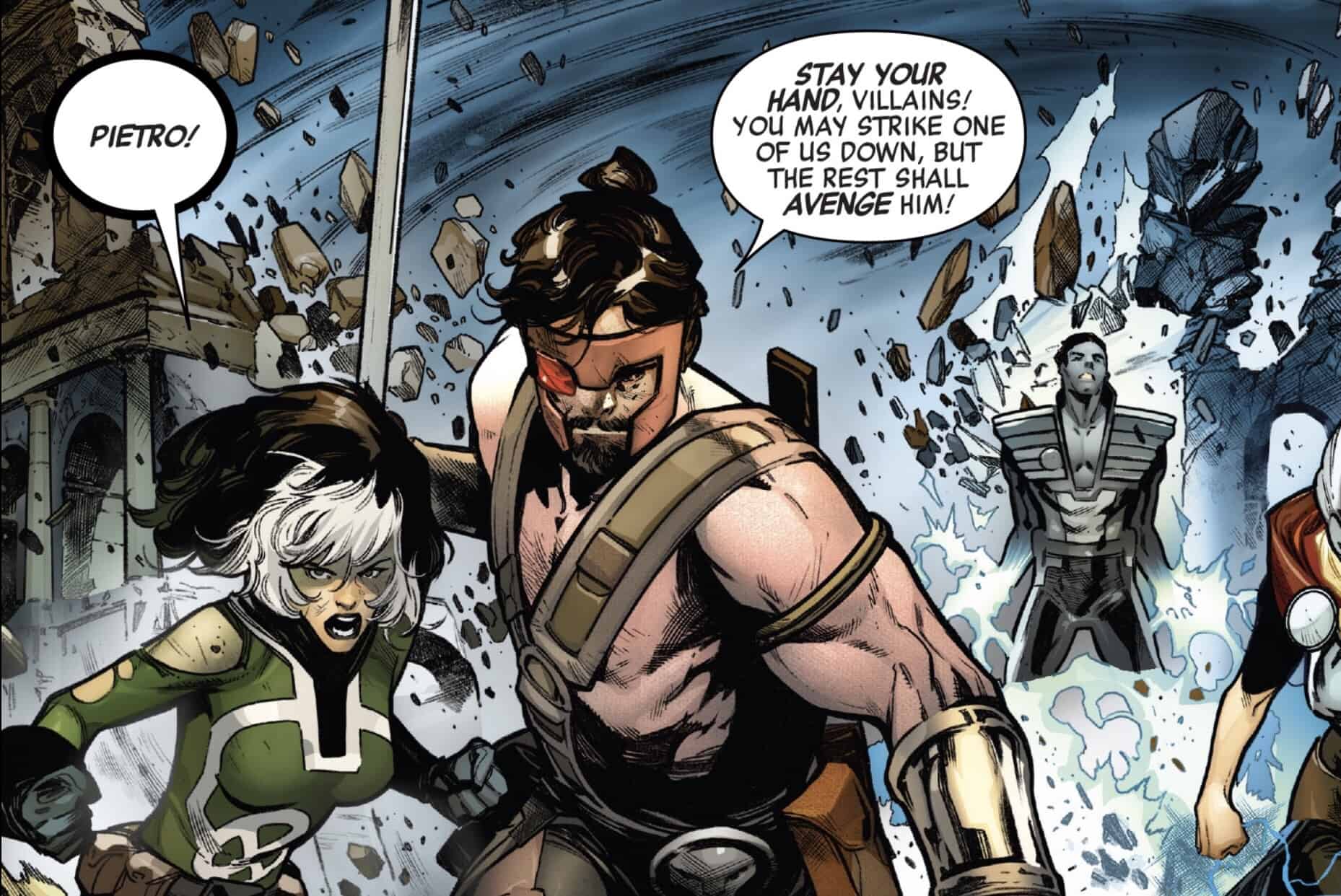 What You’ll Find Out: This issue has switched focus to Johnny Storm, the Human Torch. A founding member of the Fantastic Four, Johnny can’t help but compare Falcon’s leadership to Mr. Fantastic’s. Regardless of the different styles of leadership, the Human Torch is ready to dive right into the fight between the Legion and Dark Order. But the Legion and Dark Order haven’t noticed Flacon’s team yet and the Human Torch concedes to observing for now. In Rome, things are much worse for Rogue’s team as Quicksilver has been beaten badly by the Blood Brothers. Metal Master has even taken control of Thor’s hammer. When Metal Master attempts to use Mjolnir against the Avengers, Cannonball tries to protect his teammates but is easily taken out of action. Luckily, before the Lethal Legion can take out the Avengers. The Dark Order strike and take advantage of their rivals distraction. Allowing Rogue and her team to gather their wounded. It becomes apparent that the Legion and Dark Order are just playing some game in which the world is made to suffer for.

Both Rogue’s and Falcon’s teams observe as much as they can to learn whatever possible. They see that both the Dark Order and Lethal Legion are attempting to secure weird objects that glow in the sky. Simultaneously, Falcon and Rogue draw the same conclusion that the Avengers must get these objects first in order to stop things. However, when Rogue observers that the Black Dwarf, who gets the first point for the Dark Order, is seemingly destroyed when he grabbed the object. Rogue immediately sends Lightning to warn the other team not to touch these unknown objects. Too little, too late as Lightning reaches Falcon’s team only to see the Human Torch grabbing the second object. 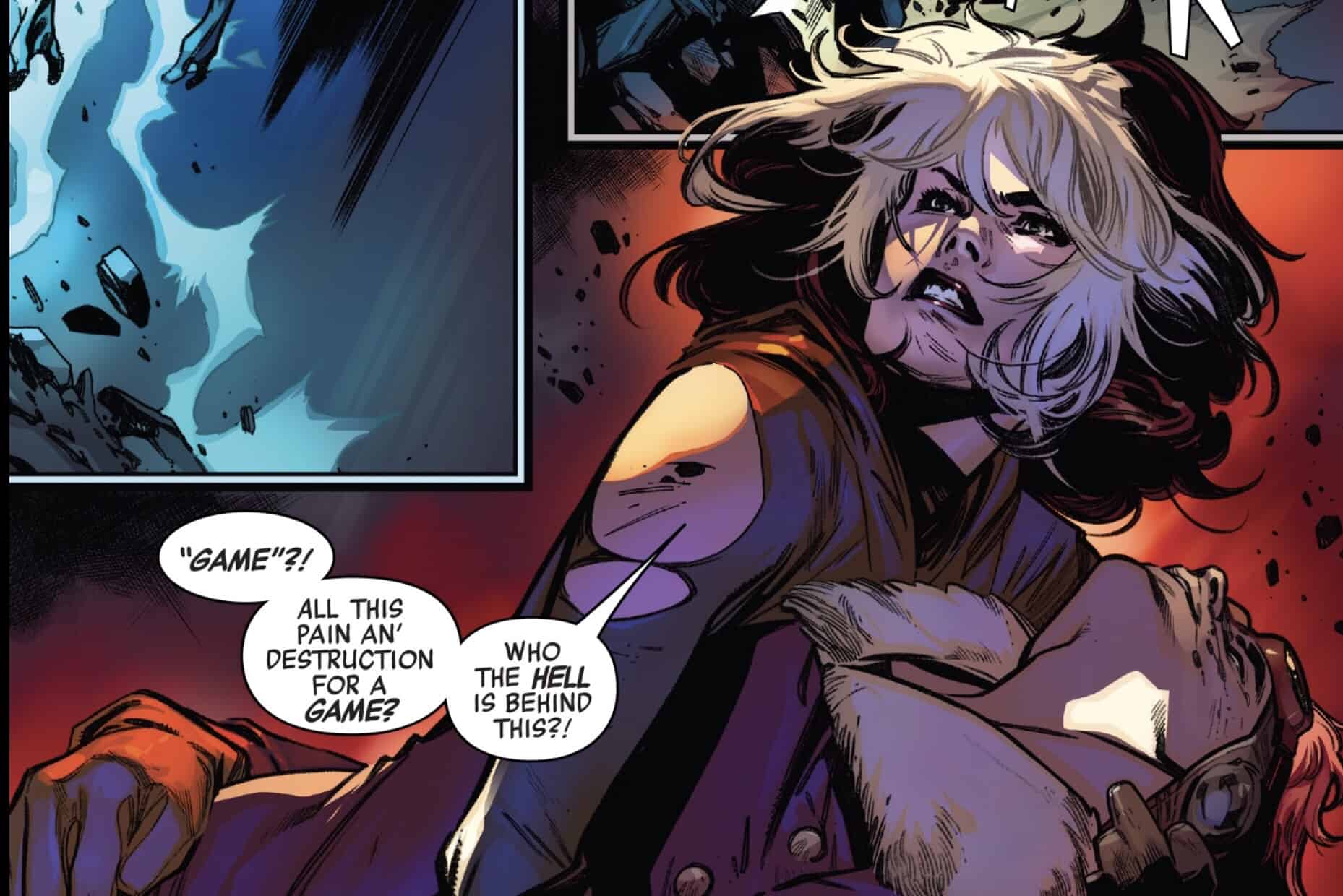 What Just Happened? Since Avengers No Surrender is being released weekly. Waid, Zub, and Ewing are taking advantage of the fast pace they can set here. And they’re hitting their marks just right. As for the last issue, we saw things from Quicksilver’s perspective. They switch gears easily to look at things through the Human Torch’s eyes. The balance is perfect as the story moves along and we get different takes from different characters. There does seem to be an underlining theme as both Quicksilver and the Human Torch are out to prove something. And none of the writers are pulling their punches. From the Black Order scoring their first point by not just taking down half the Legion easily. But willingly able to sacrifice themselves to win at all costs. 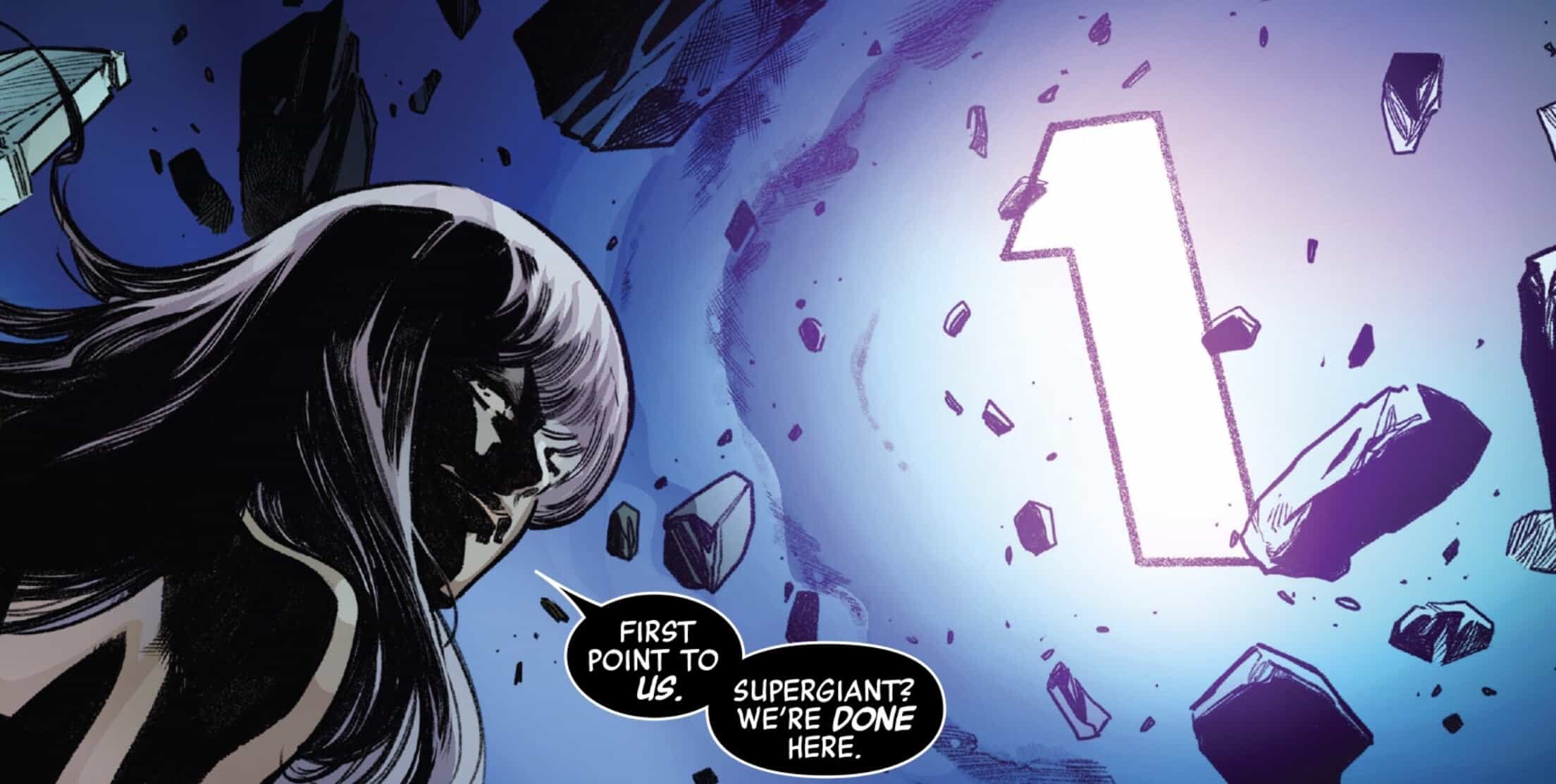 And while the story is at a near breakneck speed, Larraz gives you crystal clear art. Sometimes it can happen where the art moves just as fast as the writing and things can get jumbled. Not here, as it’s clear when things are happening with Rogue’s squad and when things are taking place with Falcon’s. The colors are just as important as Curiel makes sure nothing gets muddled. And considering all hell is breaking loose. It’s a credit to Curiel you can still tell the difference between an explosion and when it’s the Human Torch doing his thing. All in all, it’s good art telling a good story that matches the writing and nothing is getting missed.

Rating: 9/10. Final Thoughts: The only real drawback here, is despite how fast things are moving. The reader doesn’t really learn anything new here. That doesn’t take away how enjoyable this issue is though. Avengers No Surrender has you hooked from the moment you open the issue. And in all fairness, that’s what any comic book reader wants. To be hooked, drawn in and looking forward to what happens next. “Avengers Observe!” This is how it’s done!