AXE: Death to the Mutants #2: We were the children of ’45 Loaded like pistols and taught how to die…

AXE: Death to the Mutants #2 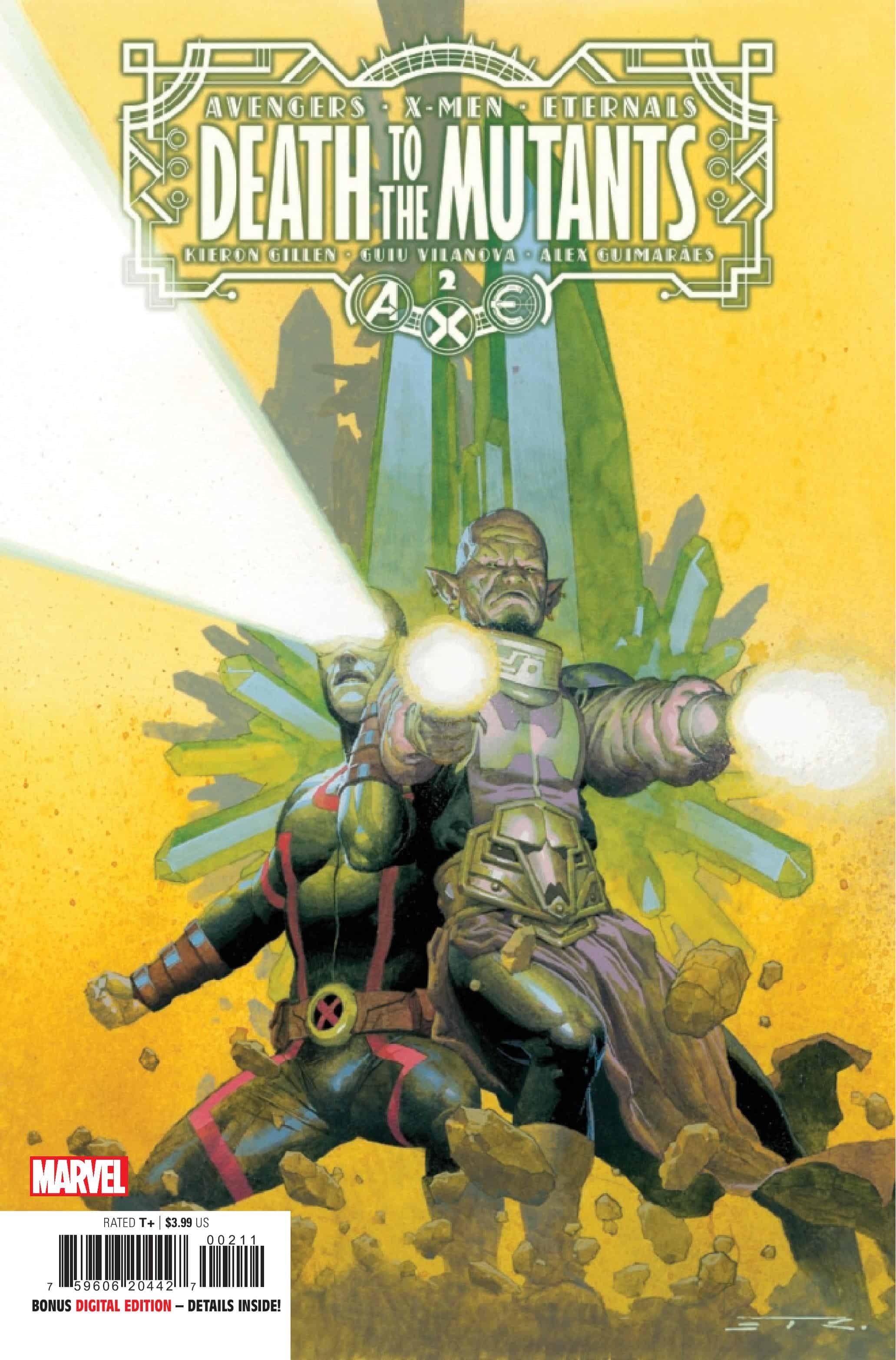 The Celestials said "correct excess deviation." Now the hour of judgment is upon the Eternals. Have they done enough? And does overcompensating at this late hour make it better, or make it worse?

As the overarching event continues in the monthly AXE: Judgment Day mini, we get these little vignettes in the accompanying minis that help expand on the story, giving us the slower, more character focused stories that make for a well rounded arc. Like last issue, where we see how the Mutants were granted access to the Eternals realm in between the atoms, and put a big dent into their assault on Krakoa. In this issue, we see more development of Sally, one of the humans that were introduced in the main event, who’s hinted at being incredibly crucial to the rest of the world. So let’s get to it.

Gillen’s giving us some much needed character development here, and some further exploration of Jack of Knives. The more we see of Jack, the more I’m interested in them. Part of that could be with the pronouns that Gillen uses here. It’s not him, or her, but they, plus Jack’s had a pretty androgynous look since their creation, so the thought of having non-binary Eternals makes me that much more excited. It could also give us further insight into the Eternals who’ve changed genders in this new era. Sure, they were gender-bent to gain maximum movie synergy, but this could open so many windows by exploring the concept of gender in a civilization as different as the Eternals. Hopefully whoever ends up driving the franchise will utilize the boundless facets that can be mined here.

Not only is Jack given some more screen time, but we also get to see more of the current Kro, who along with Emma Frost, as the Deviants and the mutants are forced into an alliance with strange bedfellows. Are the mutants deviants? Who knows, but apparently their genetic similarities are alike enough that the Deviants are able to use the Krakoan gates, which lends to all types of possibilities, even after this event is over. The Deviants and Eternals could add something missing from a lot of the current comic tropes that we’re so used to. Much like the Krakoan era for the mutants are, so too could these societies give us a deeper look into how closed off we are by things as simple as borders, races, gender identity, sexual orientation, and so on.

Guiu Vilanova is back on art duties, and while his style doesn’t have the same style of Valerio Schiti that’s perfect for these larger than life type of superhero stories, or like than of Esad Ribic, that oozes the perfect symbiosis of high concept sci-fi and ephemeral fantasy, but in the confines of this story, it works. War is ugly, and gritty. War shows us the dark sides that we like to think aren’t a part of us, but are there, seething within us. Waiting to breach this calm facade that we share with the world. The style isn’t my favorite, but I’m willing to watch it deepen this sometimes erratic crossover event.

As the war continues, and the judgment of all those who would be judged, Gillen continues to mine the depths of what it means to be a Deviant in the Marvel Universe, and how they can be better integrated into the greater Marvel universe. Hopefully after this is all over, these characters will have a larger role than being a footnote into the obscure of the greater Marvel cosmology.

AXE: Death to the Mutants #2: We were the children of ’45 Loaded like pistols and taught how to die…