AXE: Eternals #1: Ajak of All Trades 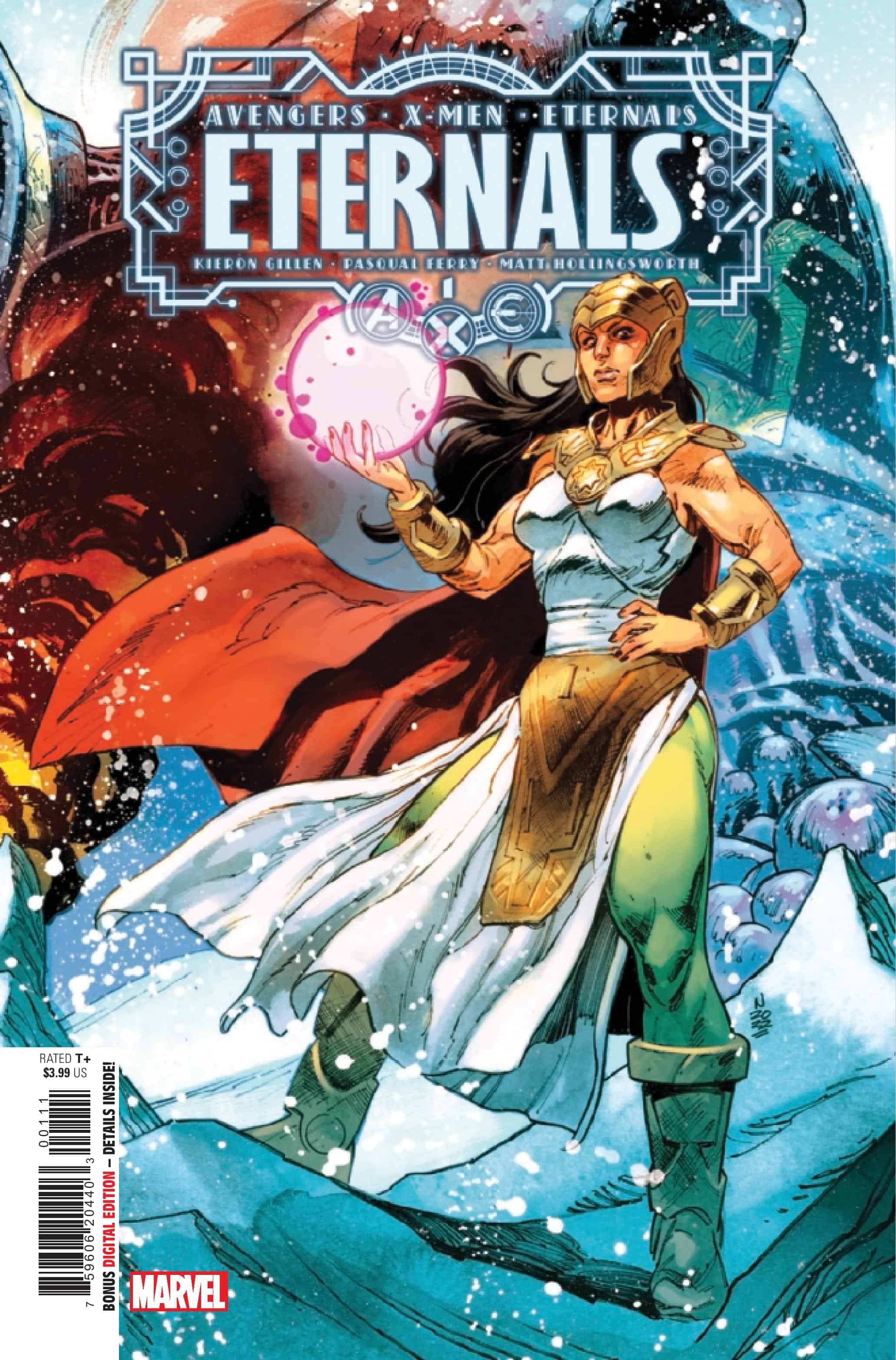 The final issue of the one shots by Kieron Gillen and a bevy of artists, giving us an in depth look into how one member from each of the disparate groups involved, and how this judgment affects the rest of the group risking everything to save themselves, and everyone on earth from this reborn Celestials final judgment. Joining Gillen, is comics veteran Pasqual Ferry (AXE: Eve of Judgement) In this issue we see Ajak of the Eternals, and how she faced the judgment from her god, and how that will affect her as we get closer to the big finale.

Gillen gives us the most in-depth look into Ajak since the Celestia one shot from earlier this year, and it just didn’t work for me here. I’m not sure if it’s me, but no matter what I see of Ajak, I just can’t seem to catch on. Being Jewish, you have to build up a tough skin when dealing with your faith, as you seem to be the target of discrimination no matter where you go, so having Ajak, the Eternal which seems to revolve all things faith based should be something that makes want to learn more about, but unfortunately I’m just not getting from here. I found myself far more interested in reading about Sersi, and her quibble about she, and Tony Stark, than what we got between Ajak and her god. Hopefully this isn’t the last we’ll see from this group, because I still want more.

Along with Gillen is Pasqual Ferry, an artist who has been on the scene since the mid 1990’s, and his style has continued to keep me a fan over the years. This man has pretty much done it all. He first caught my attention with his run on the Heroes for Hire book, that was one of the highlights during the post Onslaught/Heroes Reborn era, where the Avengers, and Fantastic Four were stuck on an alternate world created by Franklin Richards, to save his family and friends from being consumed by the mutant energies of Professor X and Magneto. Ferry would go on to having stints on books like Action Comics, Thor, and the Ultimate version of the Fantastic Four, so turning up here, I knew we were in for a treat, and luckily he didn’t disappoint.

After being out of the spotlight for the last few years, he’s back on the stage, providing art here, and in the upcoming (as in today) released Namor: Conquered Shores, and he’s been giving us some of the best visuals of his career. Hopefully after these couple projects are done, we’ll see a renaissance for him and his career, giving him a chance to gain a whole new legion of fans.

In the final issue giving us how our heroes have been judged, we get an in-depth look at Ajak, and how her faith leads to an almost fanatic approach. Will this end well? Or have her actions made her cross a line her god can’t abide?

AXE: Eternals #1: Ajak of All Trades