Basketful of Heads #1: A Nightmare on Maine Street 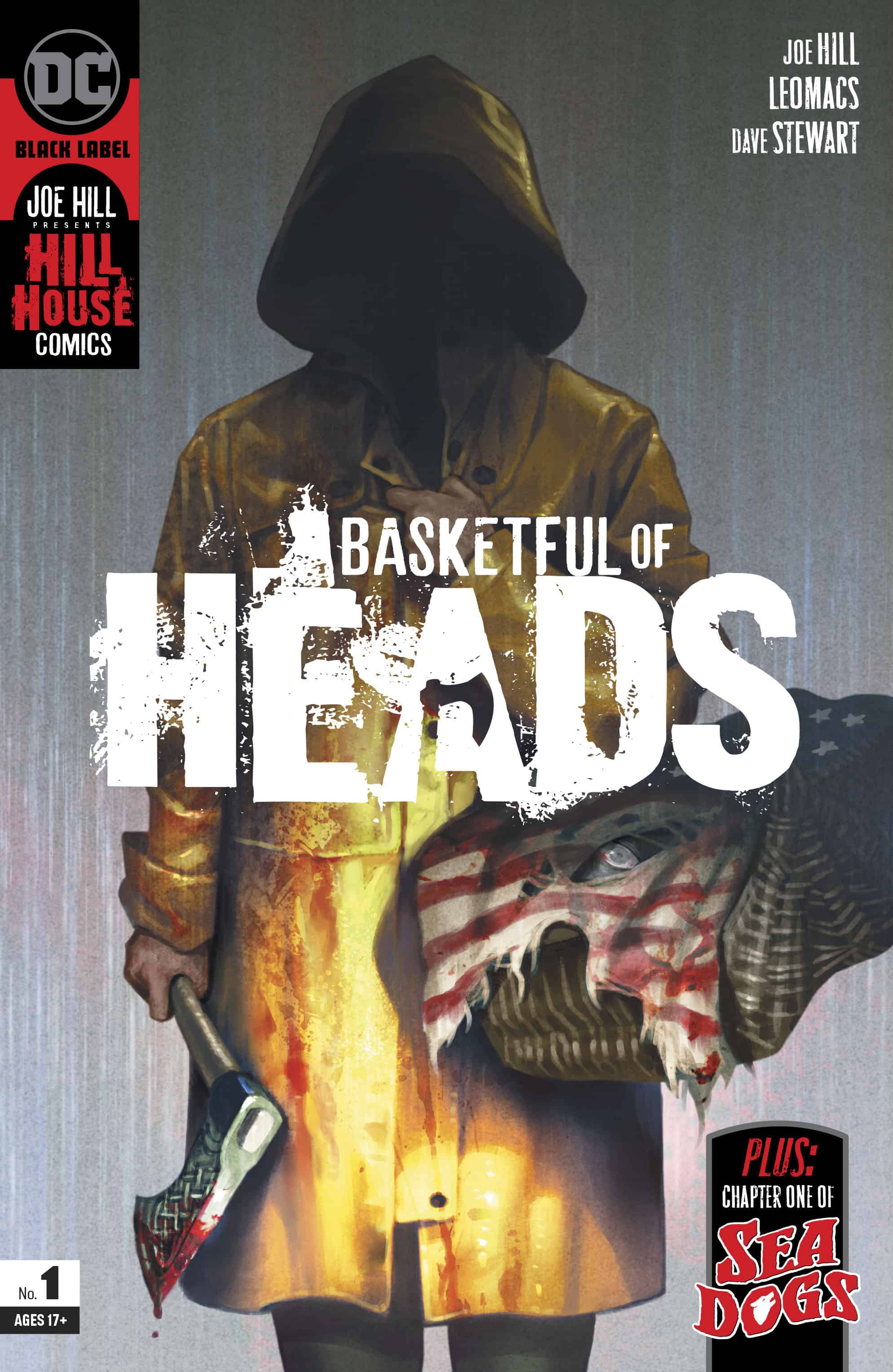 In the last throes of summer in a small Maine town, four small-time criminals escape the chain gang. It seems that little can distract from the love of June Branch and Liam Ellsworth, though, until the ending climax. What do future issues hold in store for our unlikely heroine June?

Full disclosure: I’m a fan of Joe Hill. Ever since I first read the premier issue of Locke and Key, as well as the short story collection 20th Century Ghosts, I’ve been hooked on the stories that  Mr. Hill spins. When the opportunity came to do a review of his newest project, Basketful of Heads, I jumped at the chance to see what the flagship title of the new Hill House Comics imprint of DC Entertainment would be like.

The first page is a clear flash to the future but gives us little information or context. We’re soon thrown back in time to a bright summer day in 1983 in the great state of Maine. While my concern ever grows that none of the writers of the King family know that there are 49 other states, I suppose the old adage of “write what you know” remains true and effective for Joe Hill. Charm drips from the initial pages, largely due to Leomacs’ recognizable art style and the beautiful vintage color palette by Dave Stewart.

The young love between main character June Branch and her boyfriend, junior deputy Liam Ellsworth, is palpable. There are certain rules of dialogue that Joe Hill breaks here to great effect–including awkward pauses and linguistic filler phrases. The dialogue may not flow grammatically, but it flows organically in a manner that lends itself well to crafting the relationships between the characters.

The side characters are also well crafted. The sheriff and his wife are both delightfully funny when not in scenarios that call for solemnity. The sheriff’s son oozes…well, he certainly oozes, in a way that any woman who’s dealt with a boy from a privileged upbringing will be familiar with. And while we have not yet seen the escaped criminals, I have no doubt that they will be crafted with as much expertise.

As much as Hill builds this delight at the characters, he also builds tension near the issue’s climax. While we are uncertain as to what will happen, there have been clear expectations set by the narrative. Nothing feels out of place, which may seem a poor choice for a horror comic, but it sets up a narrative that will undoubtedly pay off in future issues.

Basketful of Heads #1 (Hill, Leomacs, Stewart, Bennett) is a bright beginning for a dark future. With an establishment of characters that grow on the reader, it will be interesting to see where this story takes us.

Basketful of Heads #1: A Nightmare on Maine Street

Writer, designer, and cat parent to three little feline criminals, I am a lifelong lover of all things nerdy. I was raised on a steady diet of sci-fi, action, and horror, and I have an intense love of both comic books and films. My very first comic books were the Birds of Prey, and my favorite characters remain Black Canary and Oracle.