Batgirl #31: From Slime to Crime 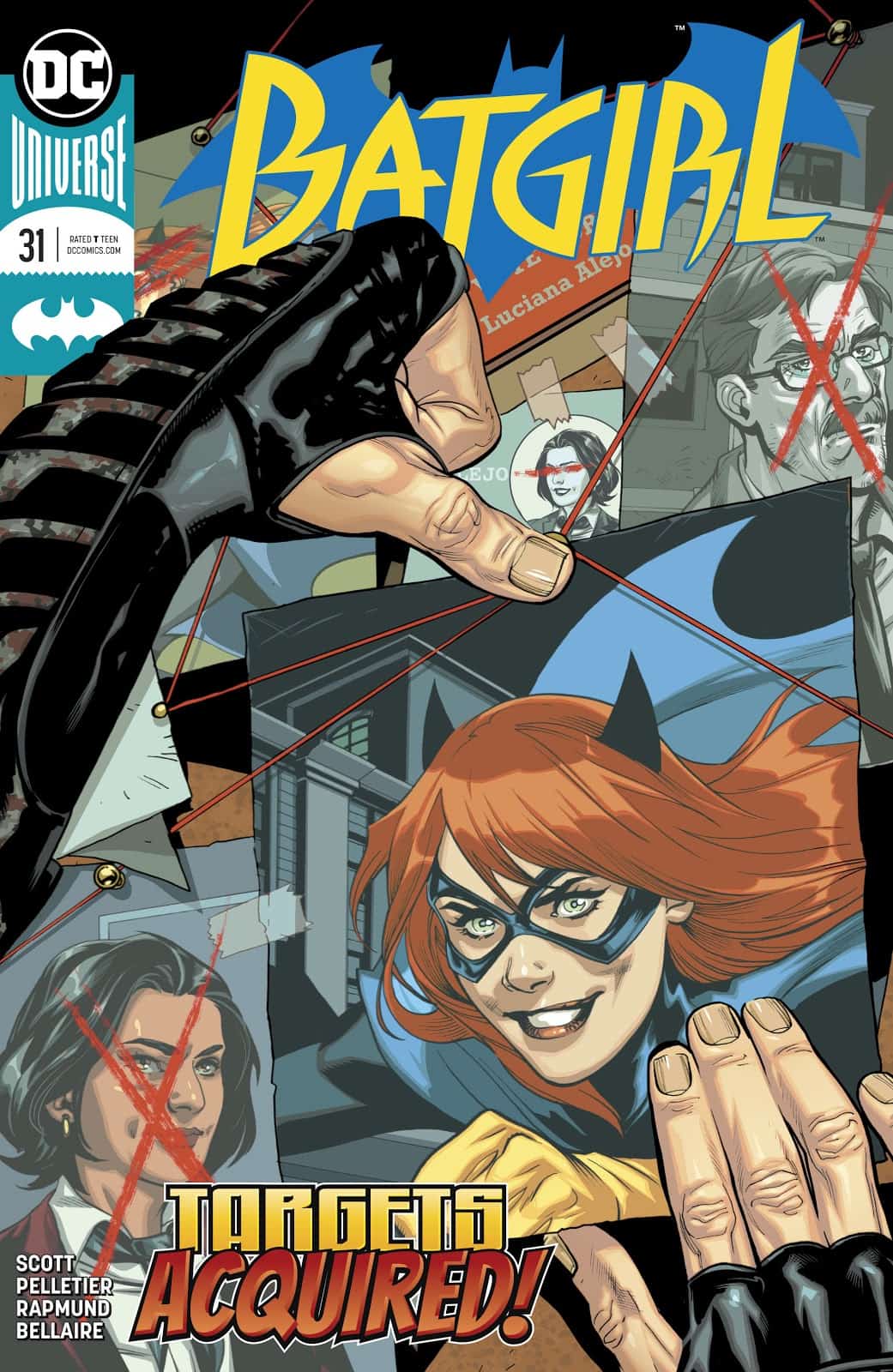 The issue starts off with Batgirl stopping a slime powered metahuman from snatching a purse. Her mind however is on the problems she has had with her father. Her dad is upset with her as both Barbara and Batgirl for helping Alejo who has smeared him and the GCPD during her campaign. Barbara is volunteering at Alejo’s campaign to keep tabs on her and protect her from Cormorant. The candidate is being protected by Jason Bard who Barbara doesn’t trust at all because of past history. 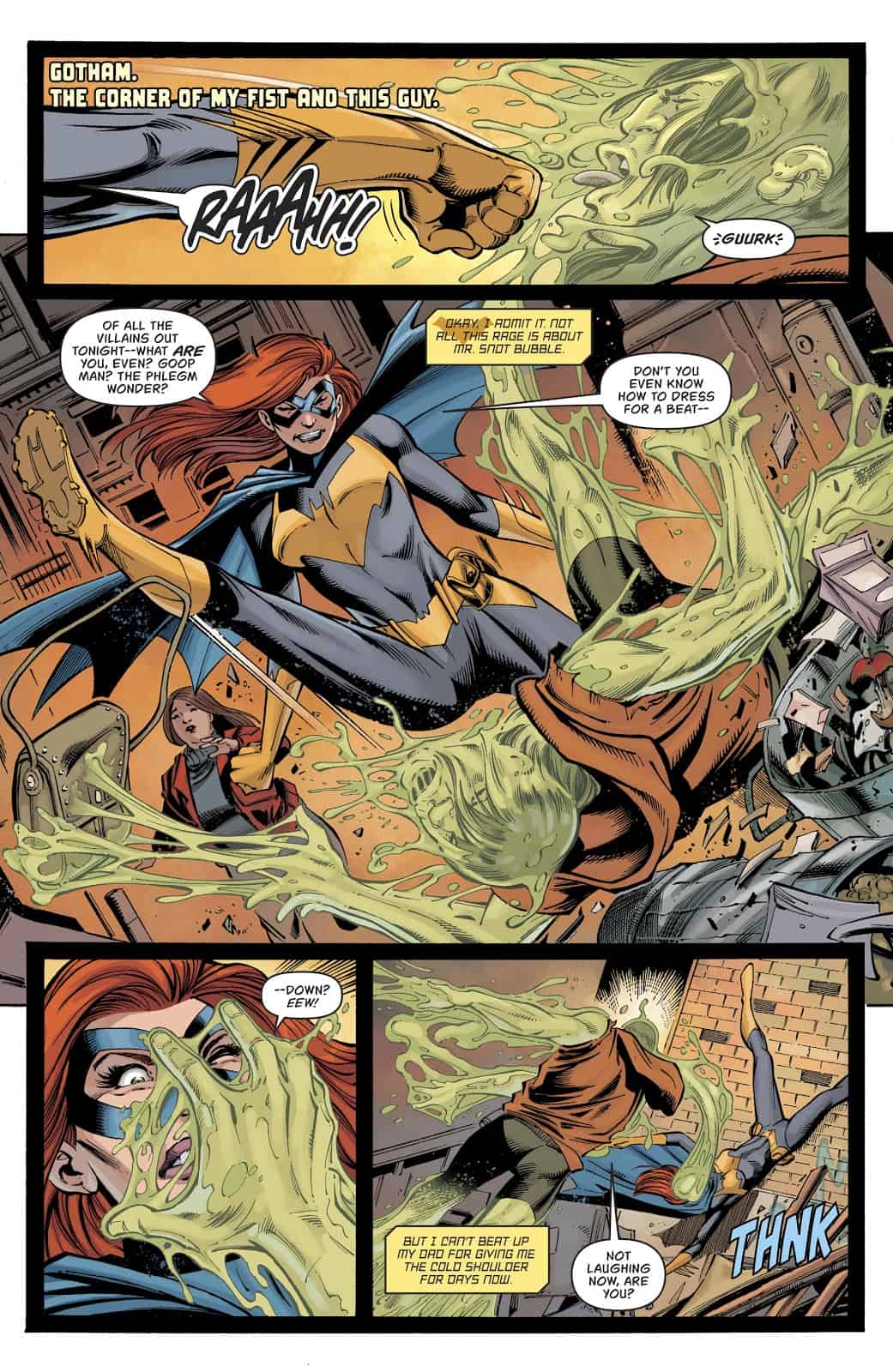 Cormorant attacks Alejo at her fundraiser and Batgirl confronts him in a violent battle. Cormorant escapes but not before Babs gets some DNA evidence. She soon finds out who he is and stakes out the other candidate, Moore, because she thinks that he is Cormorant’s boss. However Cormorant attacks him too. Cormorant is working for someone who doesn’t want Blackgate prison closed. The two candidates apparently worked on a bill that would make a new prison further from the city. Batgirl and Cormorant battle again and he again makes a getaway.

Alejo announces that she has scheduled herself an interview on a local news station. Bard advises against it. The issue ends with Bard unknowingly in an elevator with Cormorant at the news station. 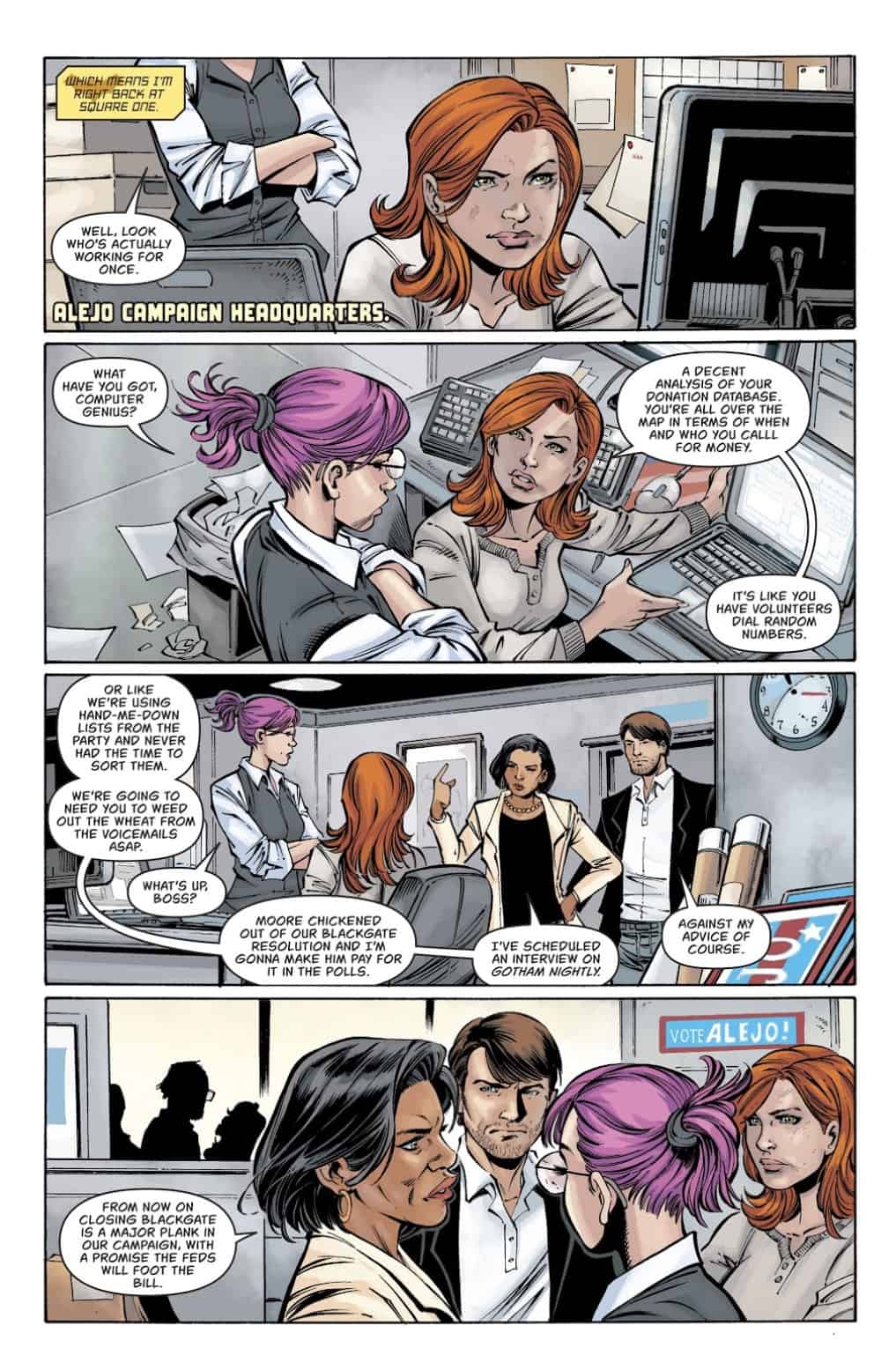 Mairgrhead Scott is doing a phenomenal job on this series. I love the fact that she has brought Jason Bard back considering the history between the two characters. She is showing Babs’ dislike for Bard, but also showing a bit of an attraction between the two which alludes to their PreCrisis relationship. Also, Scott continues to up the stakes in the comics. Batgirl doesn’t easily beat every foe. Cormorant is a dangerous foe and their encounters are brutal. She also gives new characters life and personality like Izzy. Izzy doesn’t much care for Babs and I can see her being a thorn in her side if Scott continues to use the character. Sometimes it is nice for a character to have a nemesis that isn’t a supervillain. Finally, this time I have no idea who is pulling the string behind Cormorant, but I can’t wait to find out. 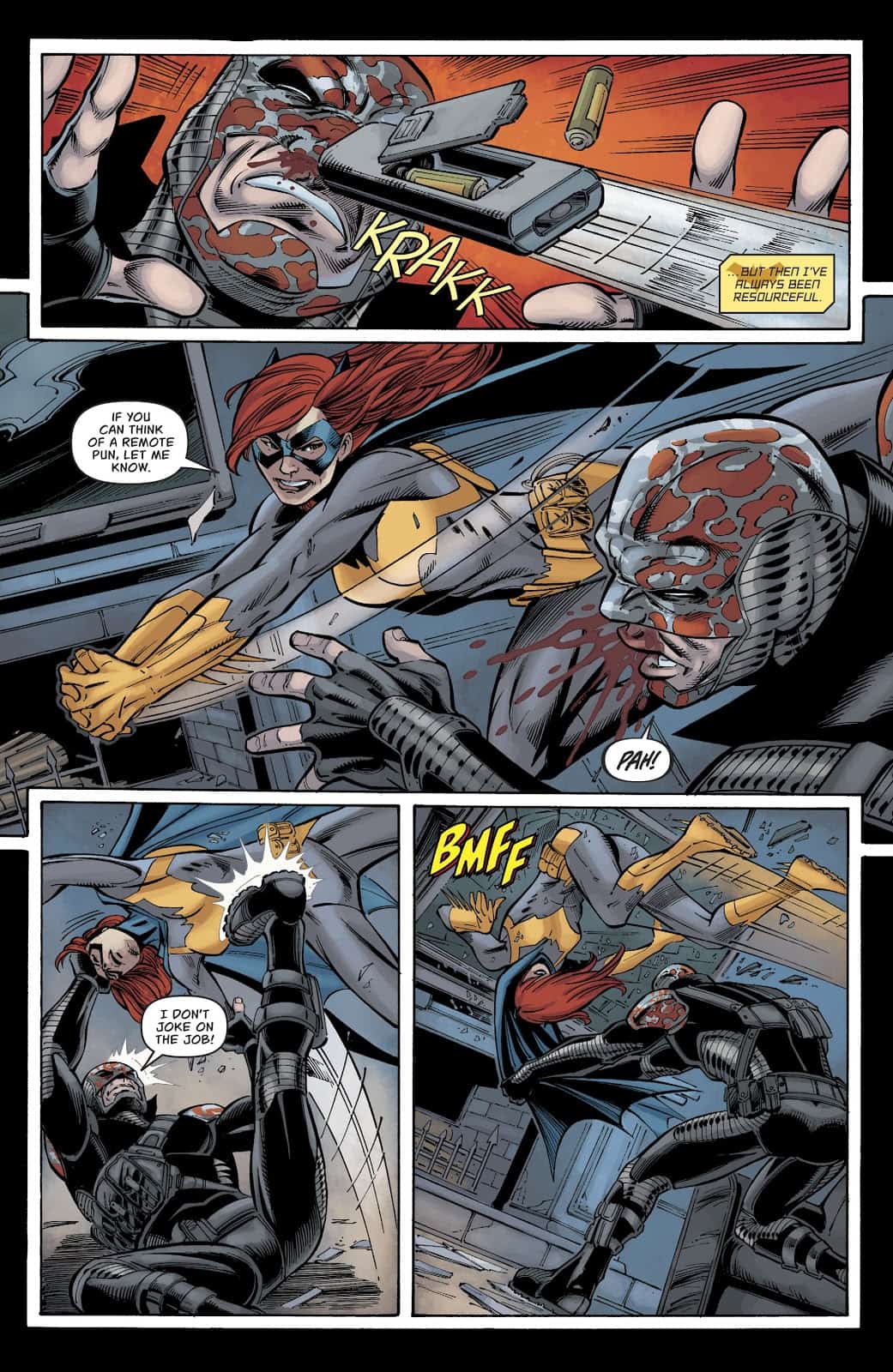 Pelletier is still producing some great art, although there were a few panels that were a bit rushed in this issue, but the art overall is still gorgeous. His action scenes are powerful. The new costume has really grown on me, even though I didn’t think I would like it at first. I hope he stays with the book for a long time. Babs looks great in and out of costume.

This book continues to impress me every month. Scott and Pelletier are a powerhouse creative team. Buy this book!!!

Batgirl #31: From Slime to Crime

Educator Geek with a real love for all things comics. I have been collecting comics for 31 years.