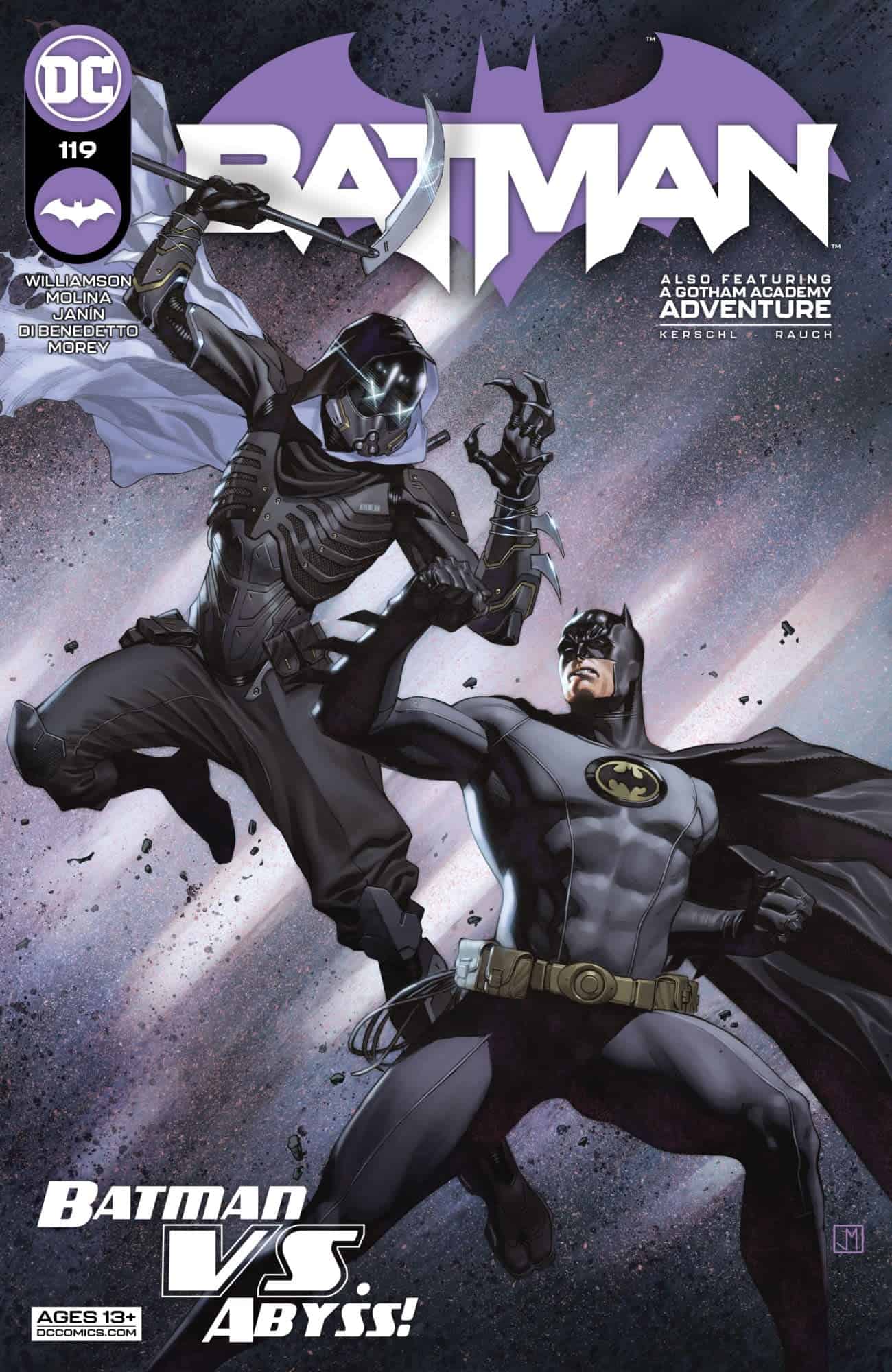 Batman’s investigation into the murder of supervillain Abyss at the hands of Batman Incorporated members brings him into contact with some most unpleasant individuals – most notably Lex Luthor, who arrives with billions in his bank account and a newly replenished supply of egotism and hubris. But why is he funding Batman Incorporated, and what does this mean for the alleged murder of supervillain Abyss?

And this month’s backup feature focuses on Maps Mizoguchi as she attempts to investigate a missing person’s case involving a friend from school.

For the past two or so years, Batman has had a bit of a rough time… but arguably not as rough as Lex Luthor. Oh, it started all right for him – he found “religion” in Perpetua, the mother of the DC Universe, and became a Martian-human hybrid, which made him one of the most powerful beings in the world. And though he gave up his wealth, he was meant to receive a great deal more the money in recompense.

None of that, however, ended up working out well for him and so we arrive here: with the newly re-billionaired Lex having a semi-cordial *koff* wallet-measuring contest with Bruce (both in and out of costume) for the majority of the lead story.

That isn’t meant to be a criticism. I can’t think of much that gives me more joy. While Lex Luthor is the best and most iconic of all the Superman villains, he is also an excellent foil for Batman albeit for very different reasons: with Superman, it is the differences that make them such compelling enemies, but with Batman it is the similarities that do the same.

Of course, at the moment, those similarities are somewhat reduced as Bruce is no longer a billionaire and Lex is no longer playing at being a superhero. But momentary changes do not fundamental differences make, so when Bruce Wayne and Lex Luthor meet over $20 million wine, there is a sense of titans breaking bread together with the knowledge that every bite may be poisoned.

It also makes me wonder what Superman and Batman talk about when they’re having best friend time. I bet they have some stories about their clashes with Luthor – Superman’s involving kryptonite rays and Bruce’s involving bidding wars and corporate takeovers. Gosh. To be a fly on the wall.

Now, I said about last issue that Williamson’s take on the Batman title seems to be a bit more classic but without losing the drive present in Tynion’s run. As of this second issue, I’m going to revise that a little as the tone of the series seems to be settling more in the “classic” lane and letting the high-octane action-horror superheroics die down a little. Whether that’s a good or bad thing depends on personal preference. To my mind, it’s a bit more of a balanced take, which is necessitated by the repurposing of Detective Comics, which cut off the previous outlet for the smaller scale and more Bruce-centric stories. I’m very curious about how well Williamson’s approach will mesh with Jorge Jimenez, assuming he is still returning for the next storyline. To my mind, the synergy between Tynion’s bombast and Jimenez’s superb, manga-influenced action sequences formed the backbone of Tynion’s success at least as much as the parade of new characters. I have plenty of faith in Jimenez’s flexibility as an artist, but it’s still a pretty interesting thing to think about.

But that’s a question for a few months from now. Right now we have Jorge Molina – whose work remains as clean, stylish, and beautiful as it was last issue, and Mikel Janin, who remains one of the greats of modern Batman comics in my humble opinion. Their styles blend well together – enough that I’m not especially thrown by the changeover – and thankfully there is no repeat of last issue’s incredibly uncomfortable Asian stereotype service worker, so I don’t have any particular complaints about the artwork. The final pages in particular are gloriously creepy and effective, with a beautifully done and highly deliberate composition that replicates the tension of a horror film in those moments when you’re just waiting for the jump scare.

I do wonder what is going on with the colors in this issue, however – Tomeu Morey is truly one of my favorite color artists in comics, and this issue is gorgeous no doubt, but it’s also a bit inconsistent – Bruce’s shirt color randomly changes in one page, and his blue eyes have gone mysteriously brown. This is a bit confusing especially from Morey who has been on Batman in various forms for years now. It didn’t do anything to stop me from enjoying the visual feast that is Morey + Molina and Janin, but it was noticeable, nonetheless.

All told, a great second issue of what seems to be a promising run. As of now, I’m more interested in Bruce and Luthor’s dynamic than the new villain, Abyss, but frankly, I’m not sure anyone would be surprised by that – including Williamson himself. Even so, Abyss is intriguing enough to leave me wondering what their deal is, and I’m looking forward to finding out.

This issue’s backup, “They Make Great Pets,” is devoted to Maps Mizoguchi and before I get into it, let me be upfront: I have no real knowledge of this character or attachment to her. I had to ask a friend who she was and where she had appeared, so I know she’s from Gotham Academy, which I’ve never read. That being the case, I went into this backup with no expectations and honestly not a lot of excitement…

Here, Maps has taken on a case – a friend of hers has gone missing and she suspects the disappearance may have ties to a series of murders. Her somewhat clumsy attempts to gather information about the murders ultimately brings the case to Batman’s attention, and… well, from there things get interesting.

Kerschl’s artwork is charming, expressive, and has a picture book quality to it that suits the lighter tone of the story, supported by the soft-toned colors by John Rauch. Maps herself is charming and a little unusual in that children’s book protagonist kind of way – I could easily see her starring in a series of light novels set in Gotham like a new generation Nancy Drew.

In short, the Maps Mizoguchi backup is just 100% pure charm; I can’t say enough good things about it. I’m told that Kerschl is also the creator behind the Gotham Academy book itself, and I’m now planning to look it up. There is no better compliment than that.

A stellar second issue of a promising new run, incorporating a return-to-classic feel with more modern dynamics and relationship developments. Bringing Lex Luthor on board as a Batman foil, even temporarily, is honestly long overdue and I hope to see it continue in some form for a long time to come.