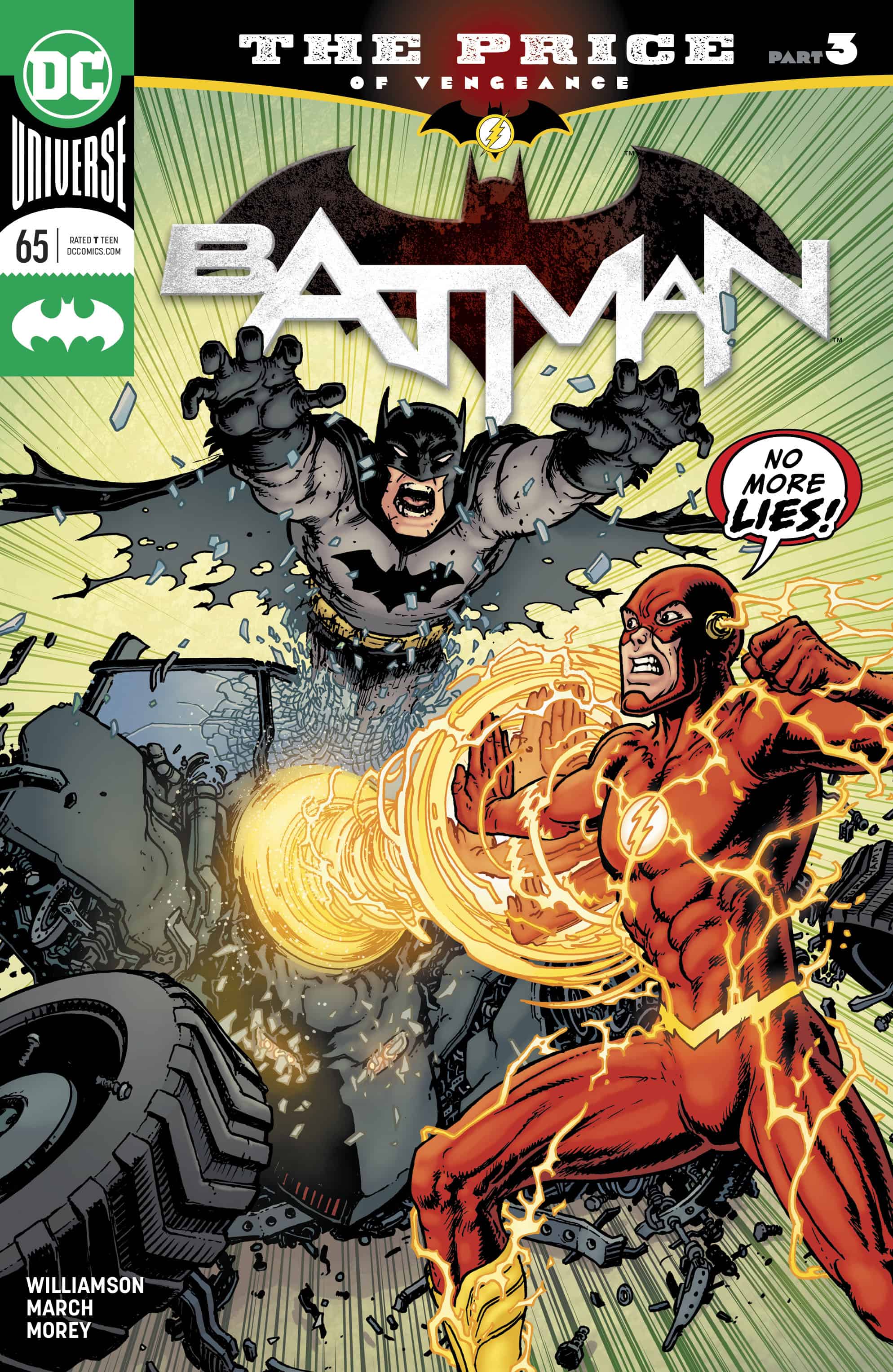 Batman and Flash attempt to stop a super powered zombie invasion while Gotham Girl burns herself out on Serum.

I gave the initial issue of this team-up my lowest grade ever. My co-worker, reviewing the next book in the series (Flash #64), rated his chapter even lower. I am sorry to say that this issue was worse than both previous chapters.

I am not going to spend much time writing about it because grading anything harshly gives me a headache (I can never forget that the vast majority of creators are trying their best to make something beautiful, moving, exciting, or fun for the fans and therefore it is important to respect the intention when writing reviews) but despite the best efforts of the visual artists, the writing was so abysmal that it is impossible to avoid being harsh.

So I am just going to list all the problems I’ve got with the script as quickly as possible to get this over with:

2. The characters are speaking in voices which are absolutely alien to their natures. Batman doesn’t generally talk like a 90’s frat bro. The Flash is usually regarded as funny or witty. His dialogue is not usually relegated to the level of grunting ‘Hulk Smash!’ at people until they fall down. 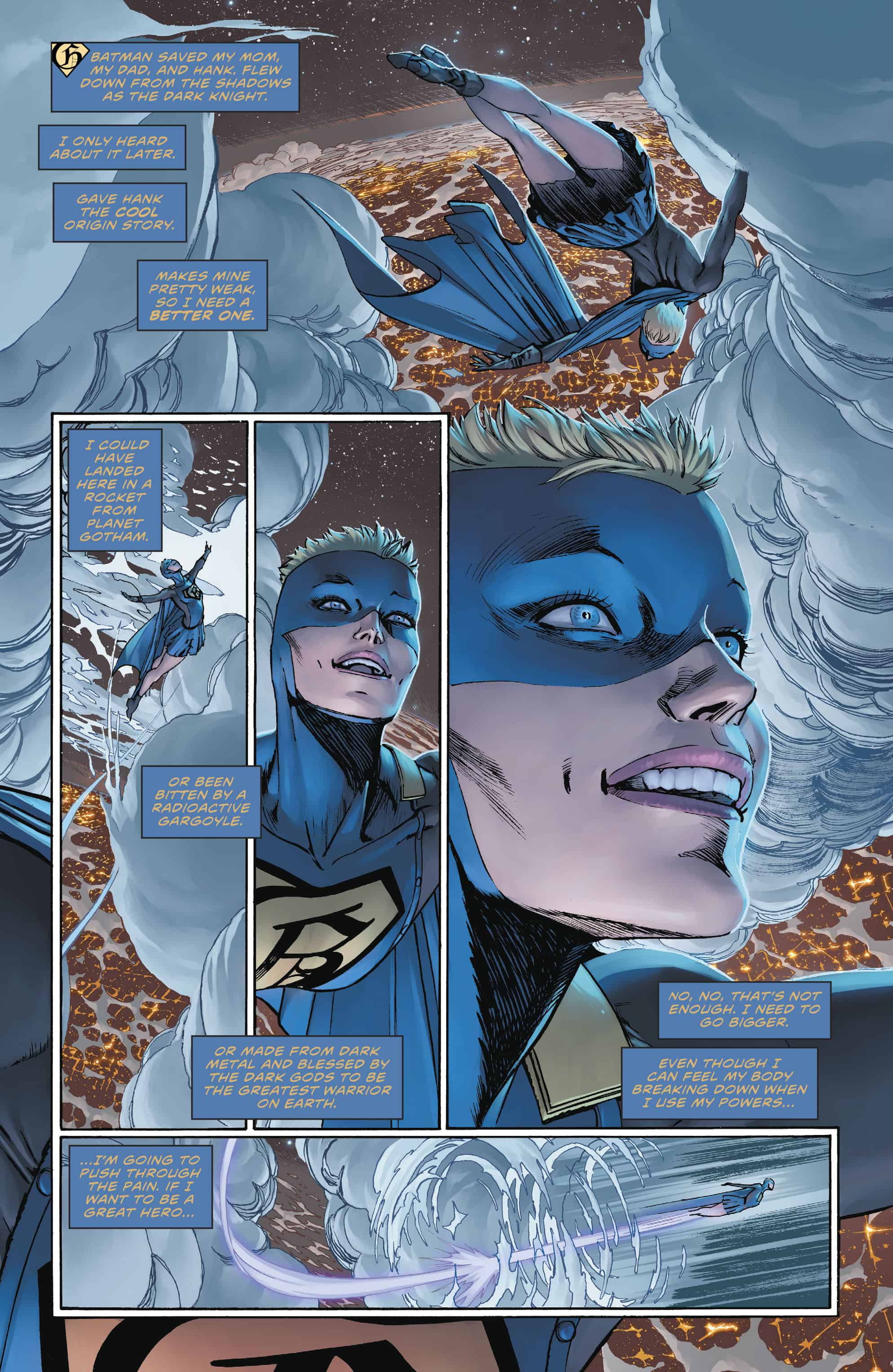 These points are just the beginning, really. Given world enough, and time, I could provide a more thorough analysis, but I don’t believe that my sanity could take it.

I must state, again, that it’s clear that Tomeu Morey, Steve Wands, Chris Burnham and Nathan Fairbairn are doing their best (performing heroically, if you will) by meeting a futile script with energy and skill, but that’s not nearly enough to redeem a bad book.

If you are debating spending money on this one, don’t.

Despite the frankly heroic efforts of the visual artists to wrench coherence and beauty from this script, the writing was so abysmal that I cannot recommend that anyone spend money on this book.