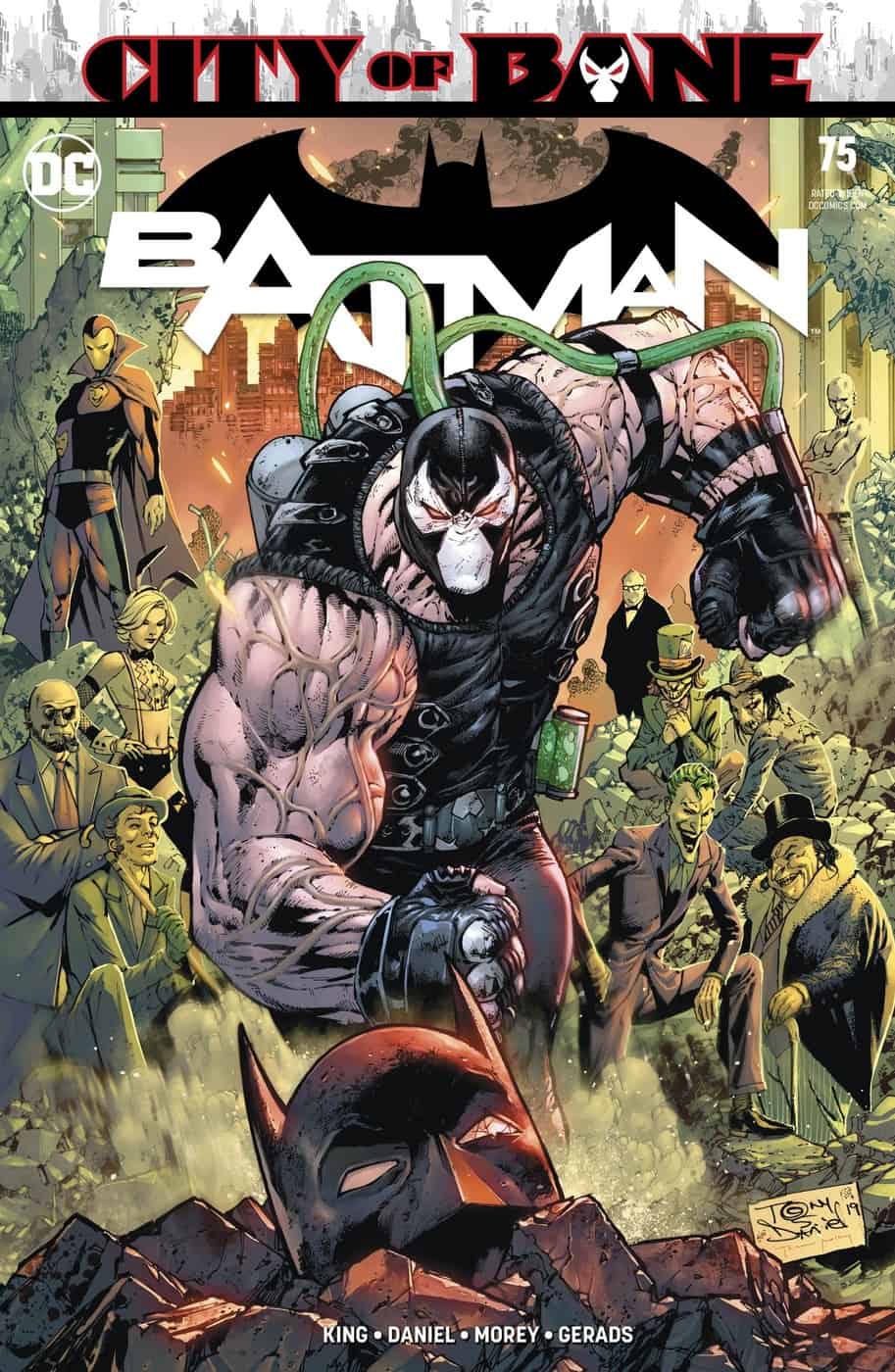 There’s a new Dark Knight in town and The Joker is his second-in-command. Will Bruce be able to regain his accustomed role and defeat the new president of the Unite States, or will he lie down in the dirt like a tired dog and let History run its course right over him? If you’ve read a single issue of this series, you’ll know the answer.

There was much to like about this issue. We now know which Wayne won the battle in the Lazarus Pit (Thomas) and this issue plunged us into Gotham’s new status-quo as a fife in the Kingdom of Bane. Thomas was awarded Gotham in payment for helping his master eliminate Batman and take over the country. Now, Thomas is living in Wayne manor, served by The Ventriloquist. Alfred is being held as prisoner (and permanent dinner guest) in the dining room. It was interesting to see the brainwashed villains occupying unfamiliar roles (most notably, Joker occupying the role of constable) while still retaining their more bloodthirsty tendencies. Pyg slit the throat of a shoplifter, for instance, and Joker used the former Chief of Police as a living (mostly-naked) dart board. 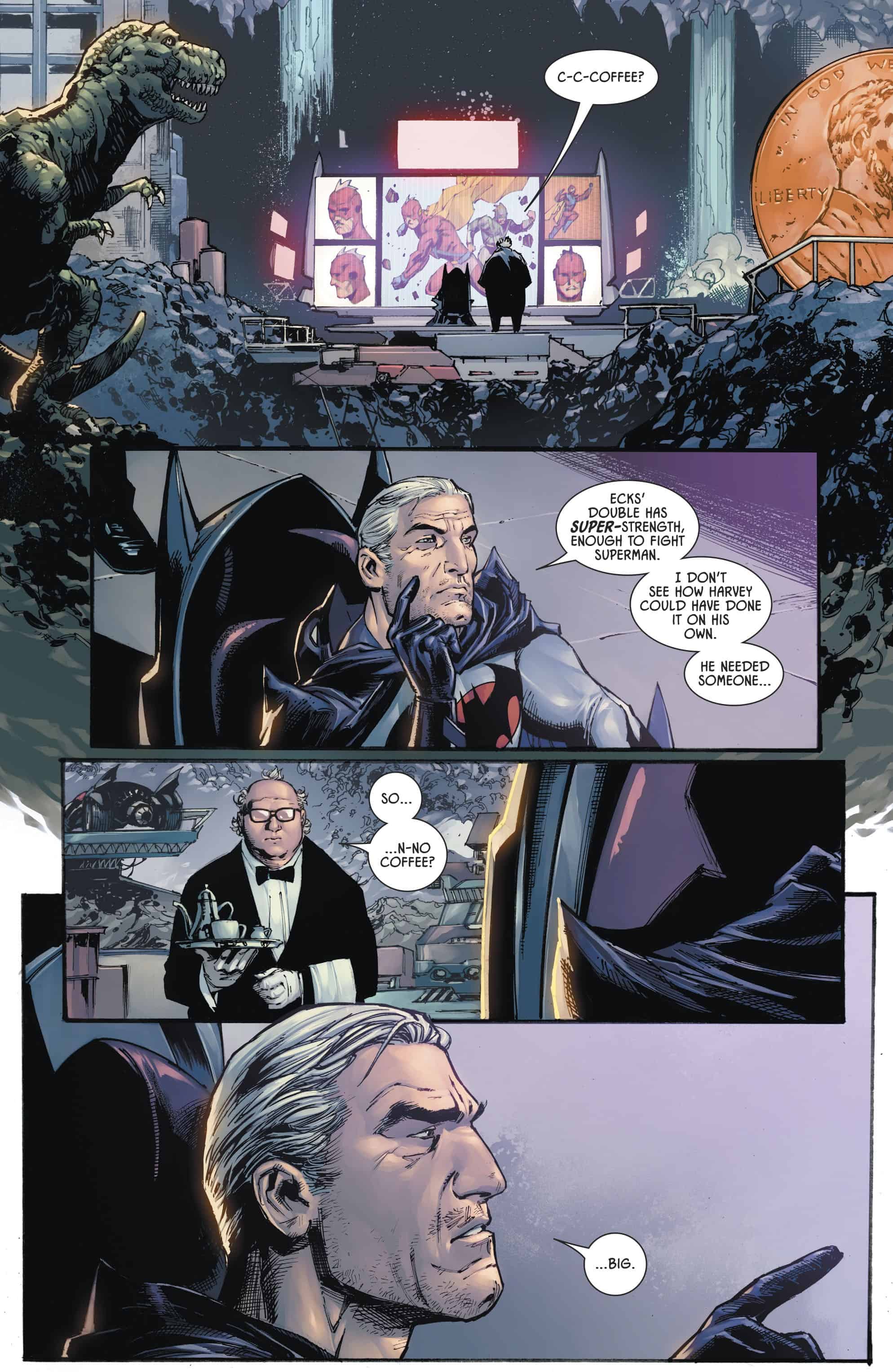 The narrative structure was a little unclear in places (though punctuated with scenes which utilized King’s well-known love of literary tropes) but Gerads and Daniel’s art was lucid and the dialogue delightful. Any confusion sprung entirely from the script. Gotham seems to have been radically de-aged (she appeared to be about twelve) but she was wonderfully utilised in the role of slightly-evil Robin. 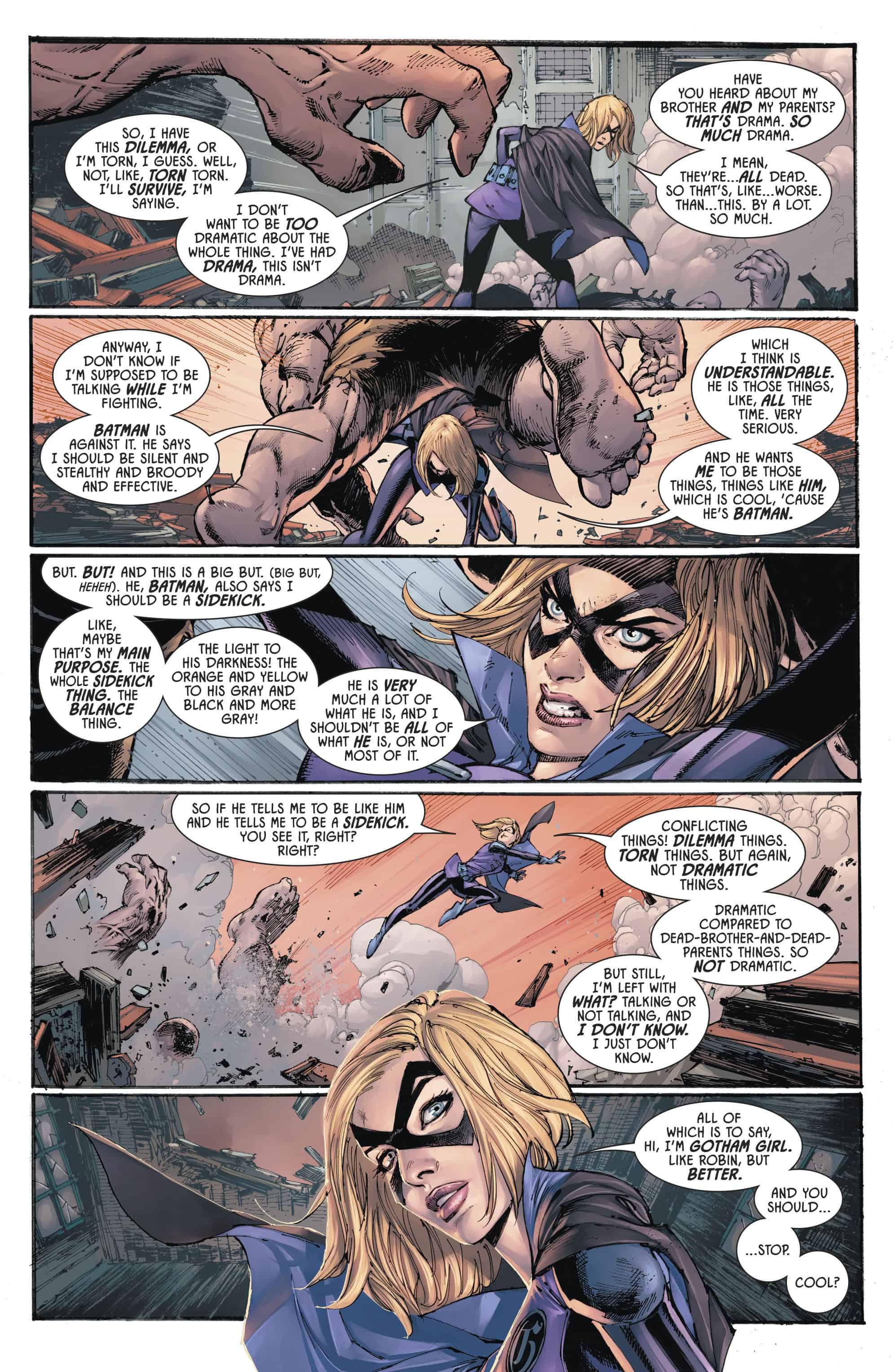 The most successful element of this story was the emphasis on Thomas Wayne’s will and brutality. He is less interested in goodness than order and control. If he were to appear in a D&D alignment chart, he would be filed under Lawful Evil, since he is willing to lobotomize a man to prove a point.

Gotham is more ‘Gotham’ than ever, under his rule. 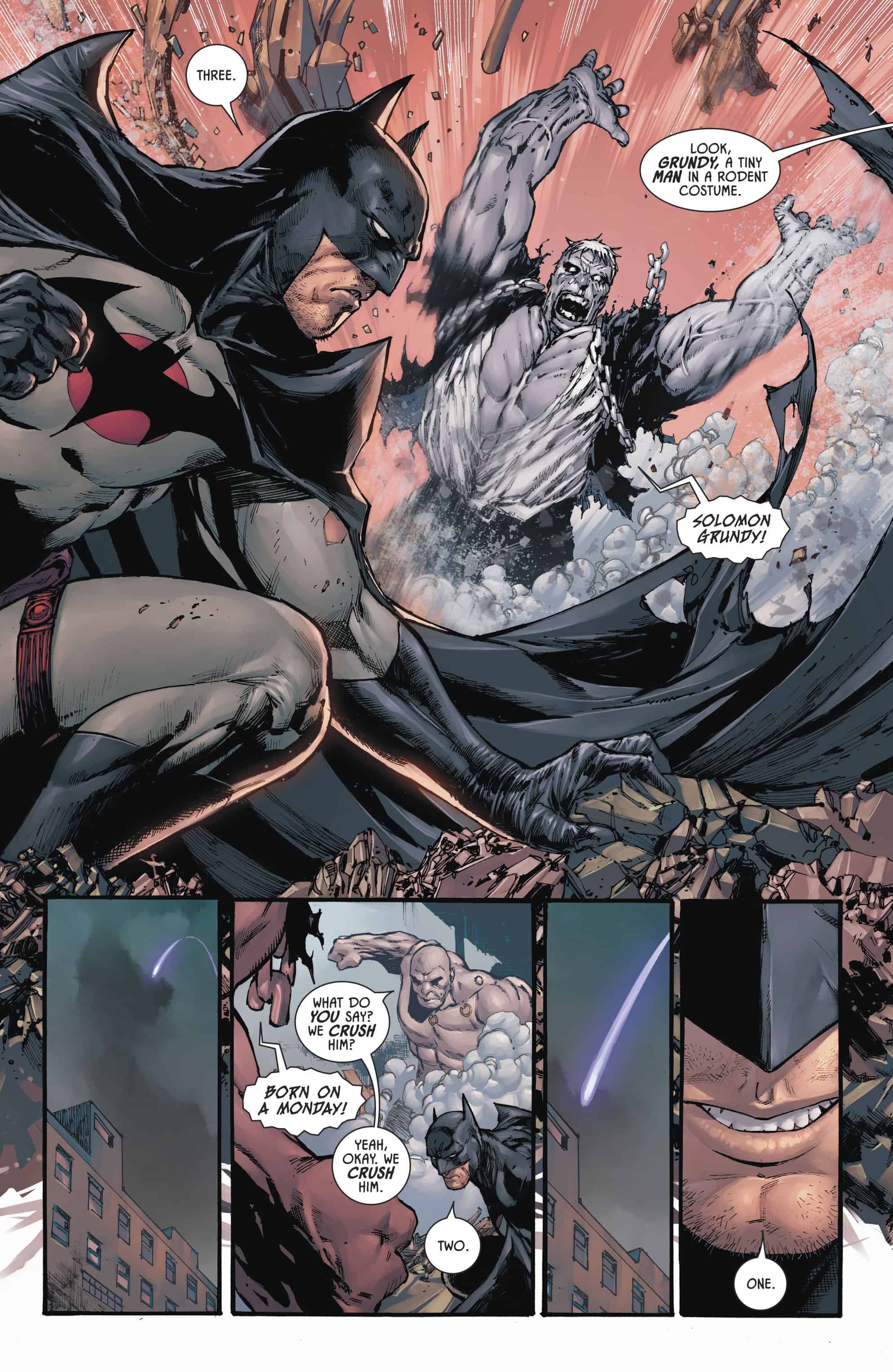 Of course, since this is a Batman story, Good will triumph over evil and Batman will emerge from his woes, unbent and unbroken. And he won’t have to do it without help. There’s a surprise waiting for you on the last couple of pages. I won’t spoil it for you. Enjoy the suspense.

All in all (assuming that King can resist the urge to ruin the pacing by spreading the story out until it is thinner than a wet poppadom) City of Bane looks like it will be a very fun, very wild ride indeed.

After reading this issue I can say that (assuming that King can resist the urge to ruin the pacing by spreading the story out until it is thinner than a wet poppadom) City of Bane looks like it will be a very fun, very wild ride indeed.