Batman #76: It’s All Fun and Games Until The Government Devolves to Totalitarianism 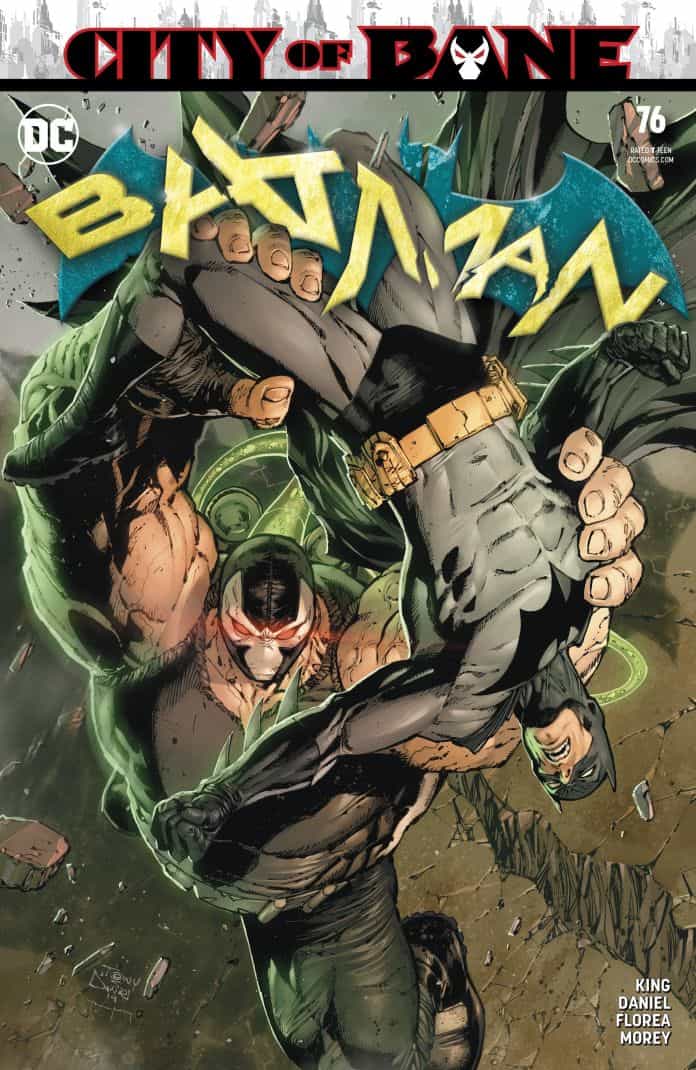 Thomas Wayne's got Gotham under his thumb, but the Sons of the Bat just might have something to say about that.

This issue was primarily concerned with building the world of Gotham’s latest status quo as it stands under the dictatorship of Thomas Wayne. As such, it successfully portrayed a city which is ostensibly ‘safer’ than Gotham ever has been, but in which one can be legally shot in the back for stealing an apple. We saw the US government making a deal not to touch Gotham (believably choosing ease over justice) and we watched the youngest sons of Batman plotting to take their (kinda) grandfather down. 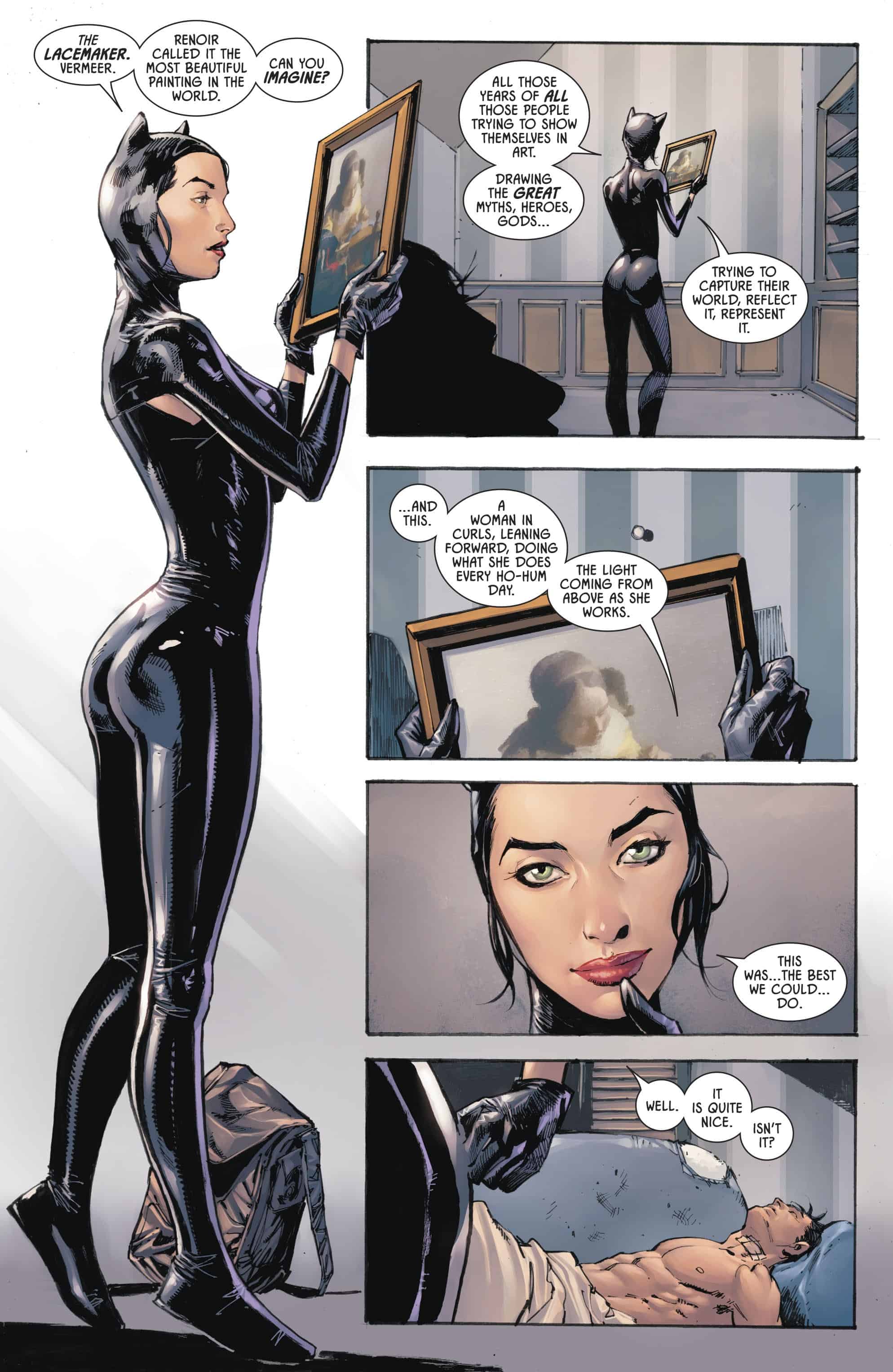 Meanwhile, Catwoman is hiding out in Paris (the Eiffel Tower is not tall enough to stand above the skyline, btw) stealing Rembrandts, giving Yeatsian monologues about art (riffing on Sailing to Byzantium, natch), and caring for a comatose Caped Crusader while he recovers on her couch. 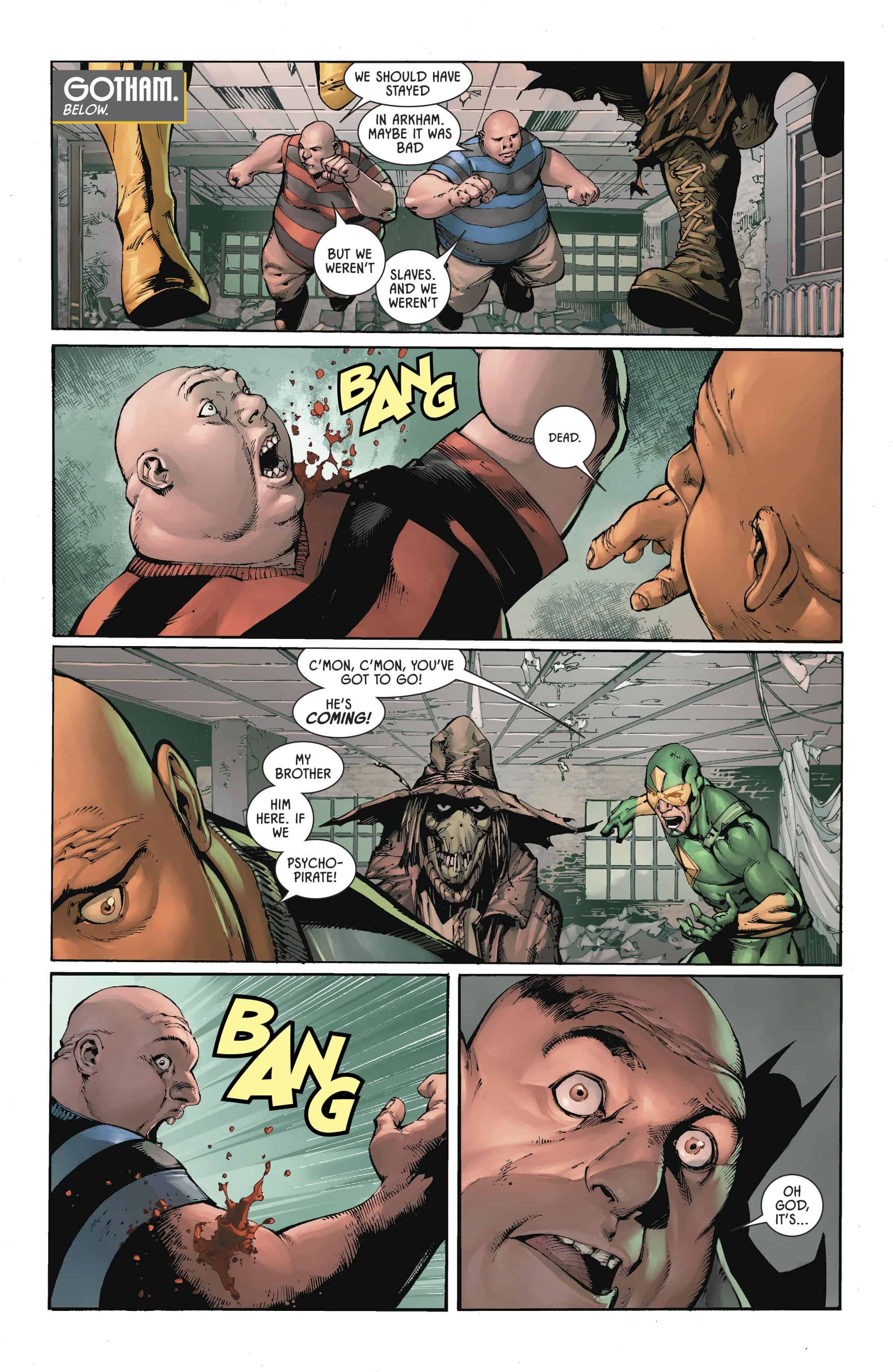 In terms of the writing, the best bit was Catwoman’s impromptu monologue, even as her discourse on High Art’s inadvertent focus on the ordinary quietly damns her own genre. Also interesting was the exposition on the psychology of Thomas. He is interested in control for the sake of his own sense of security, and not for any Noble motive. Gotham Girl was also interesting, as she is being unknowingly used (slowly murdered) for the sake of Thomas’s warped desire for absolute command.

The art, as always, was top notch — despite that annoying splash page of Catwoman with the Eiffel Tower. I know that things like that are shorthand for ‘WE’RE SOMEWHERE ELSE’ but it ruins the story a bit for anyone who either lives in the actual city or else ever visited. 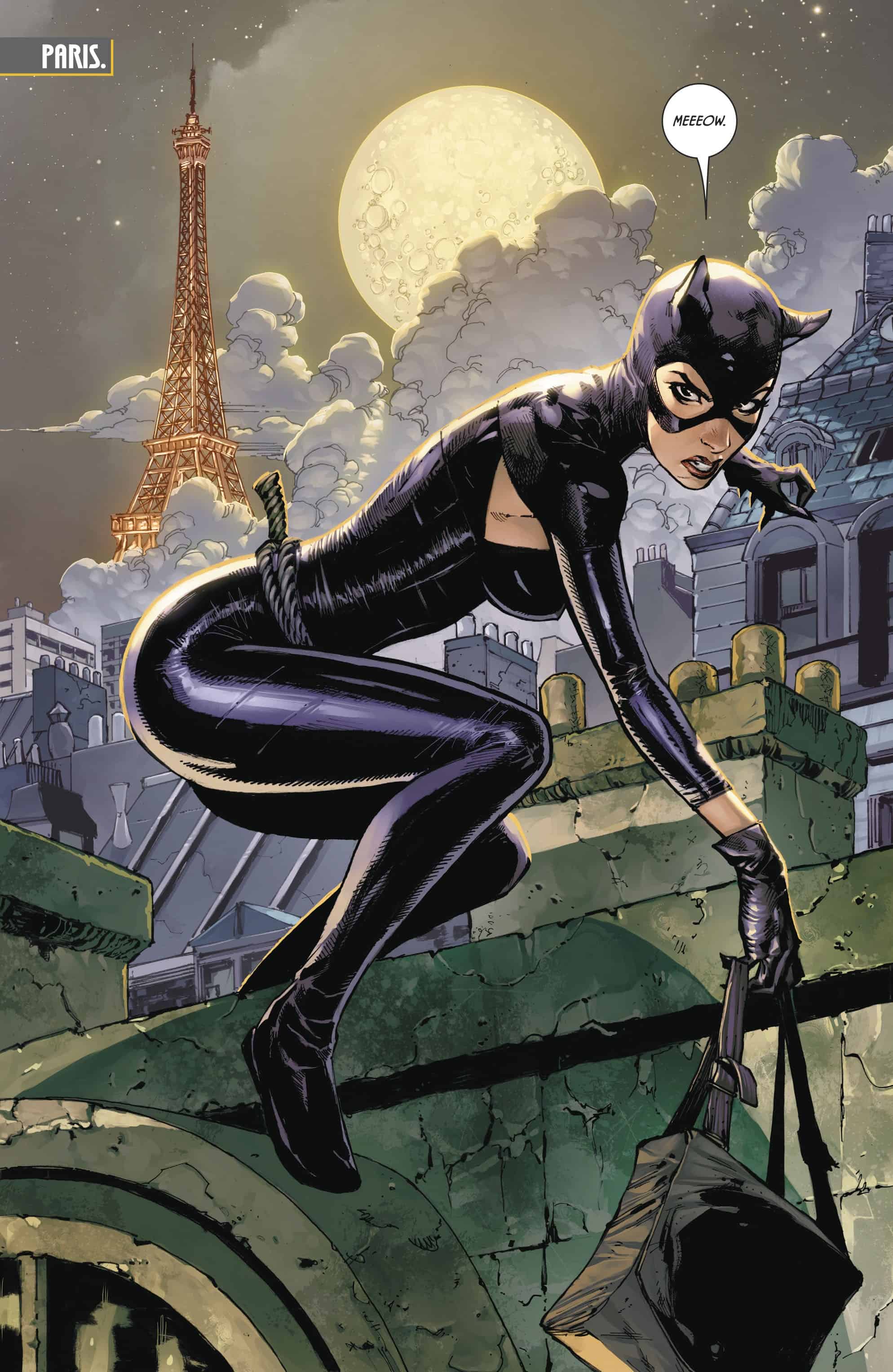 Despite this, it will be interesting to see where the next issue goes.

We don't really need another contemporary totalitarian dystopia, since we're well on the way to living in one now, but this is proving to be a fun ride anyway.

Batman #76: It’s All Fun and Games Until The Government Devolves to Totalitarianism