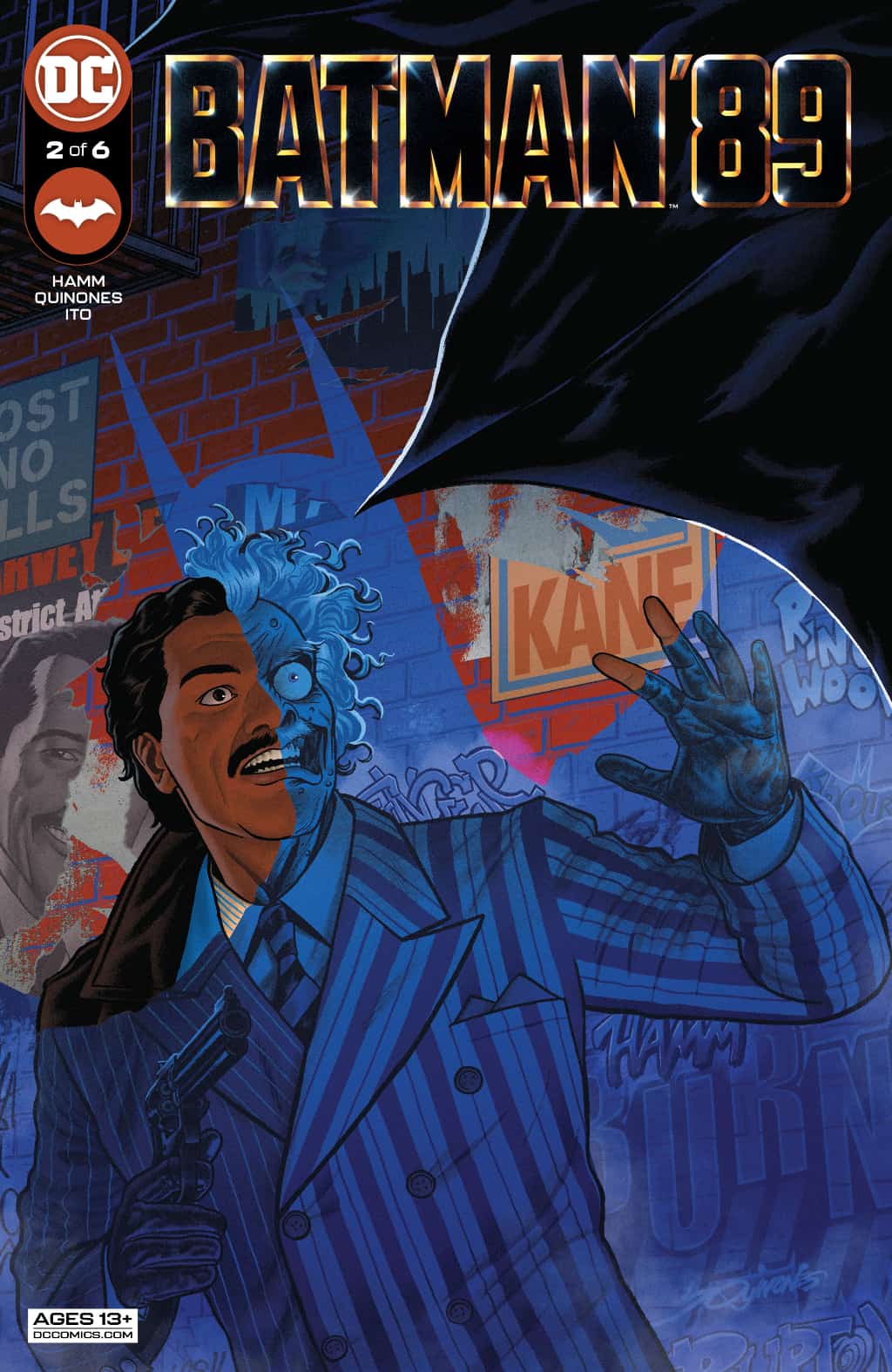 While Batman continues his war on crime, a group of street toughs takes up his mantle to "handle" neighborhood problems that Batman doesn't get involved in. Meanwhile, Harvey Dent's political aspirations grow.

Somewhere in some parallel dimension or something, scriptwriter Sam Hamm went on to keep collaborating with filmmaker Tim Burton to make more Batman movies. Unfortunately, that didn’t happen in our world, but we get pretty much the next best thing. Because author Sam Hamm has been given the opportunity to write this series and so far, it’s better than Batman movies of the 90s that we got. By far. This issue takes a look at Gotham District Attorney Harvey Dent (as played by Billy Dee Williams) and his crusade against crime and corruption in Gotham, especially in the Burnside neighborhood which is, to say the least, a hotbed for crime. This issue is really packed with story, shifting all the chess pieces that were set up in the first issue. Some things from the first issue flow naturally into the second, but some take some pretty wild twists and turns. My favorite about this issue is that it’s unpredictable. There are things that you think you see coming miles away, but yet, they don’t even come close to being executed the way that you think they’ll be. It’s nice to be surprised by a comic again. My only criticism of this issue is that there are some characters that are blatantly established comic characters, but for some reason, they’re never addressed by name. It’s a little nitpicky, I know, but it’s something that bothered me. Sort of the 500-pound gorilla in the room. However, it doesn’t make the book any less enjoyable. 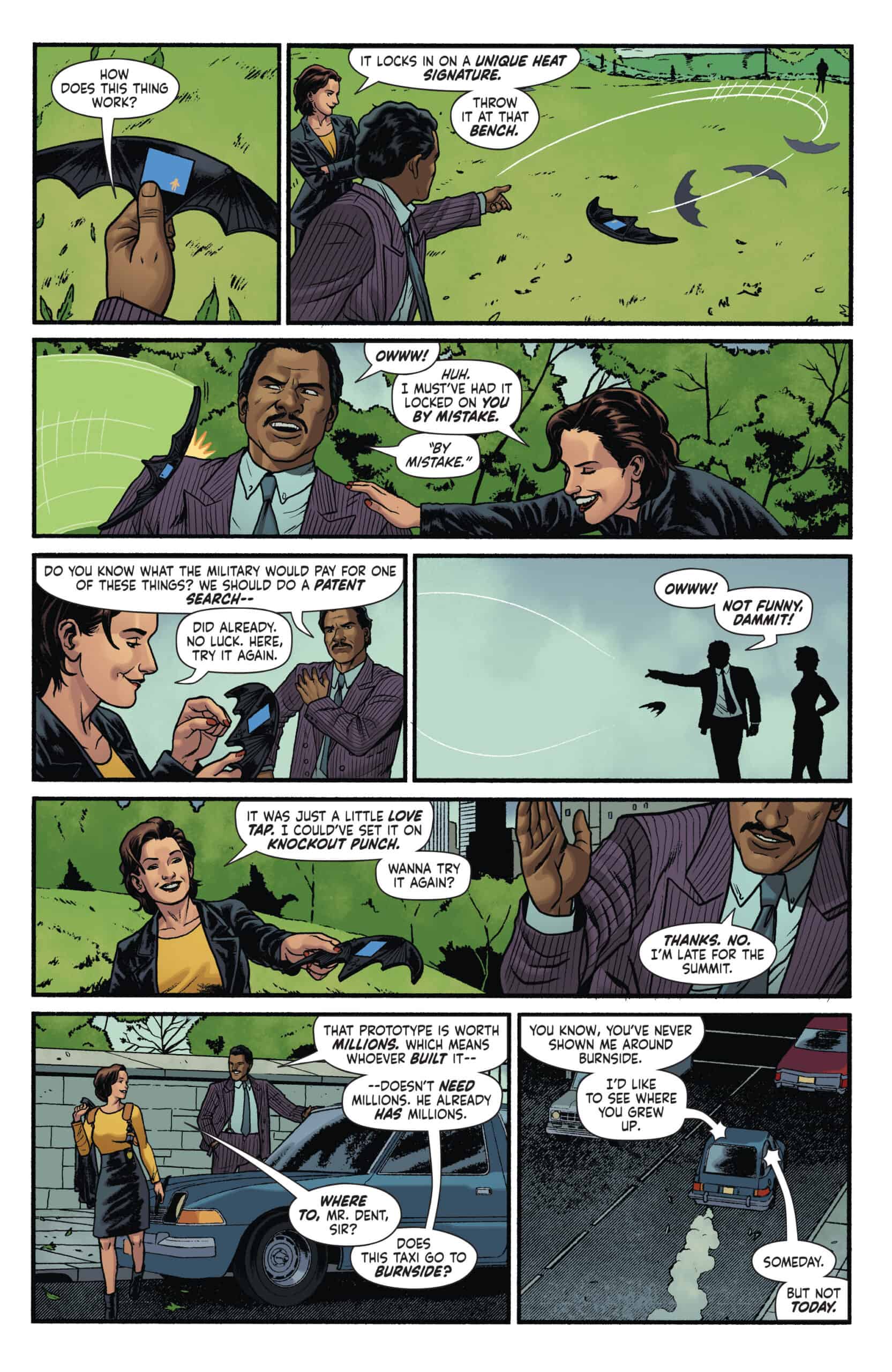 Artist Joe Quinones is one of the most skilled artists whose work I’ve ever experienced. If you take away all the brilliant, spot-on likenesses of the actors and the characters that they play, you’ve still got a masterfully drawn book. But add them in and it elevates this issue to a whole new level. As the man who put this project into motion initially, he had to impress people with his art, and he definitely knows how to do that. Just check out the above page! It’s gorgeous, and the rest of the book is on that same level of excellence.

Another fine issue, definitely worth picking up. This series is the one that you give people as a gateway to getting them into comics. Everyone is familiar with the movie but will be shocked as to how good the comic is, and that will be a great start to their journey into the comics industry.