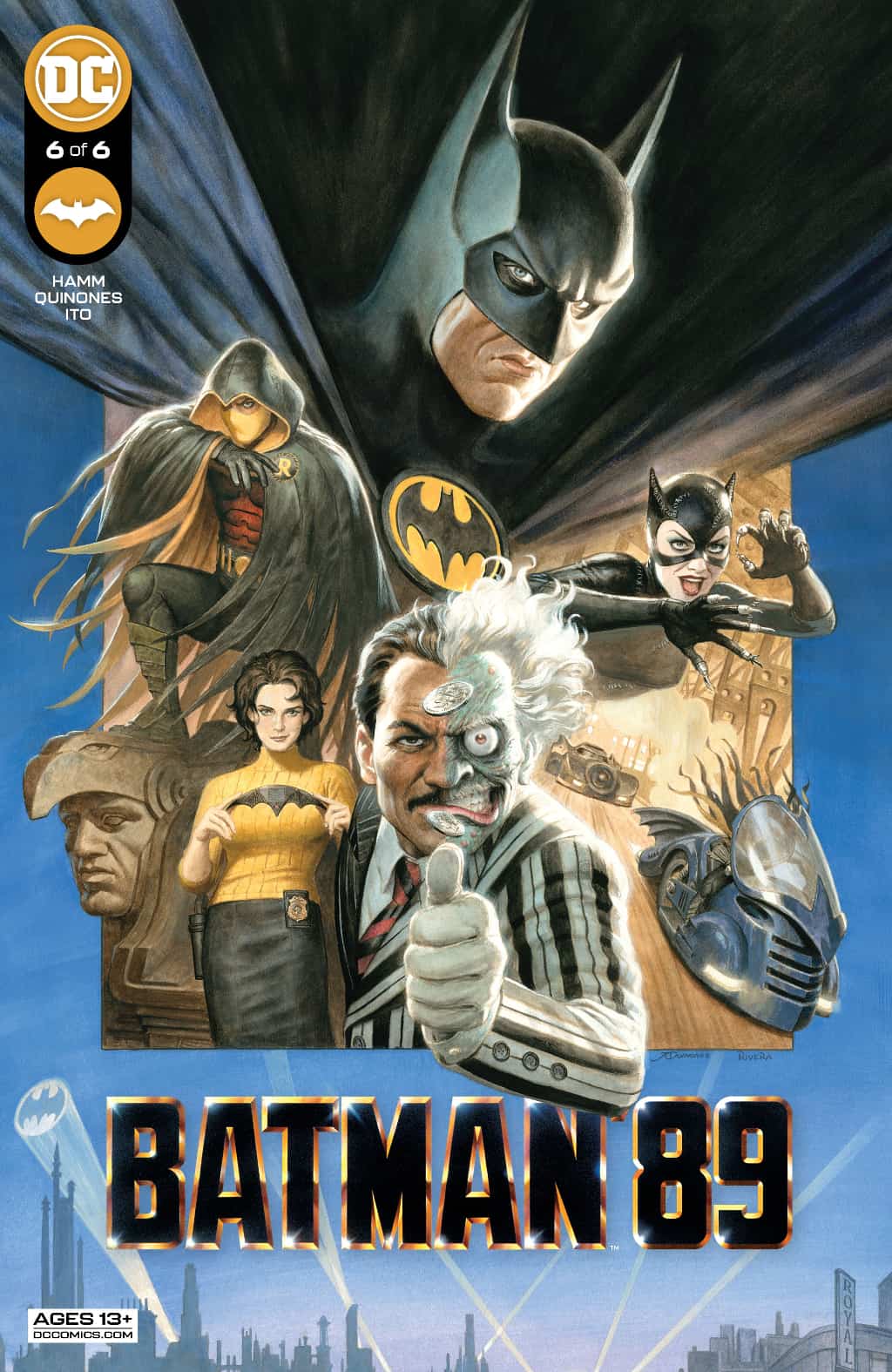 Mayor-Elect of Gotham City, Havey Dent has suffered a tragic accident that has turned him into the villain known as Two-Face. As he attacks Gotham, Batman is joined by a young ally in his heroic efforts.

Author Sam Hamm knows how to write a Batman story. In addition to writing the Batman ‘89 movie and the story for its sequel, he’s written some great comics. Like Detective#600 and a number of others. Now he gets another crack at comics’ most famous character, arguably, and he doesn’t disappoint. Everything comes to a head this issue as Harvey Dent, now Two-Face continues his crime spree across Gotham City. Thankfully he’s not alone as Hamm has introduced the 89 films Robin and a few other heroes that I’m not about to spoil for you. Hamm ends this story in a vey cinematic fashion, which is not a surprise, as he’s written all the previous issues in the same style. This whole arc has focused on the Bruce Wayne/Batman connections to the other characters and how Bruce has to juggle some of them to make the endgame pay off so well. This is an absolutely awesome conclusion to the story and one that won’t disappoint readers at all. 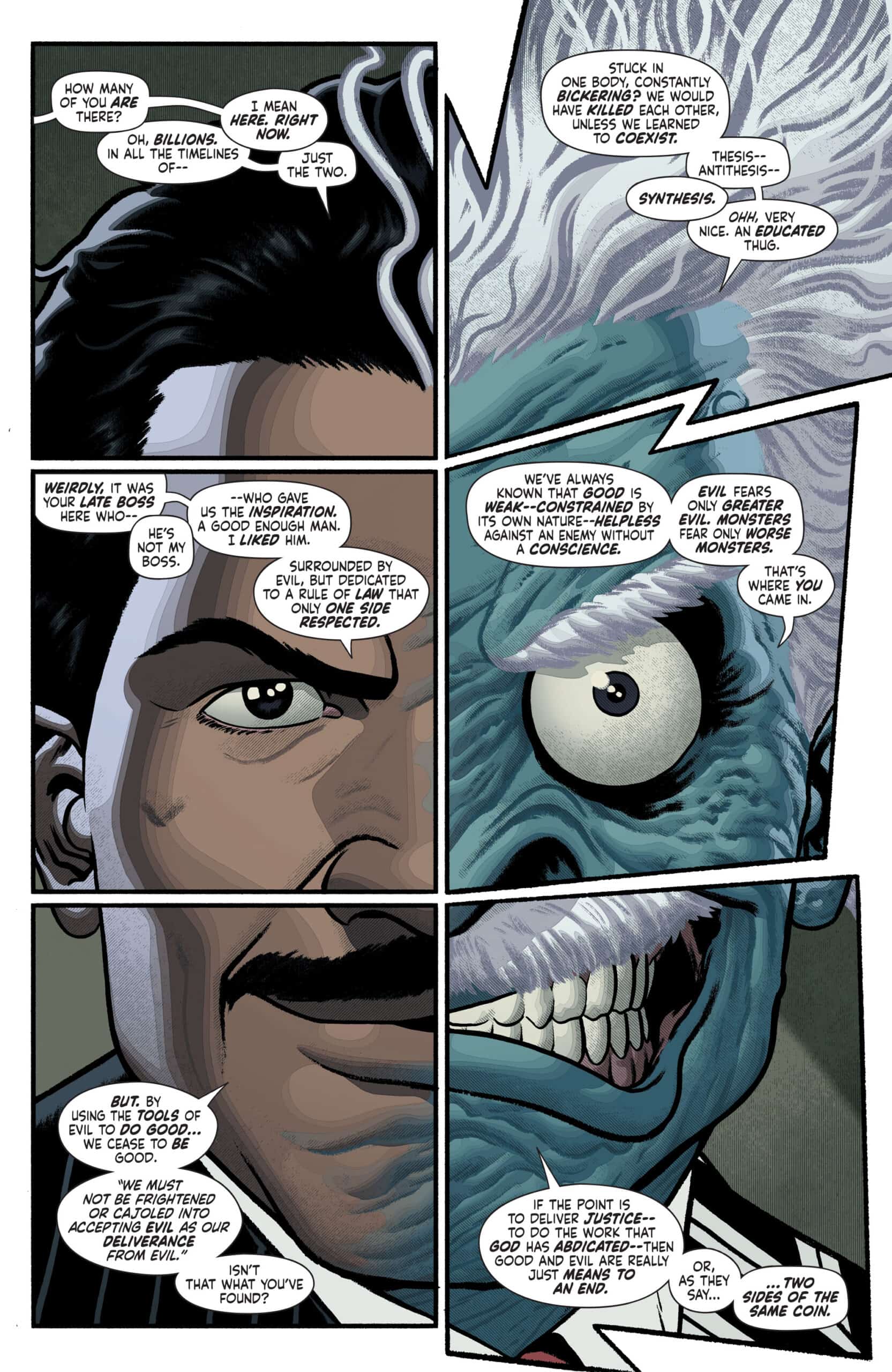 Artist Joe Quinones is the man who got this whole ball rolling by posting his art from his pitch to DC on social media. From there a huge swell of support grew and eventually, DC listened and boy are we glad they did. His pages in this particular issue are really busy but don’t take that to mean that they’re full of needless artistic narrative. Everything he puts on the pages has a purpose, sometimes the payoff is immediate, and sometimes you might have to wait for a few pages. But it’s all worth it. This whole series has been an absolute gift for anyone who’s a fan of the 1989 film. It’s also a great introduction to comics, so do your duty to the industry and give this series to someone who isn’t as into comics as you are.

This whole series has been an absolute gift for anyone who’s a fan of the 1989 film. It’s also a great introduction to comics, so do your duty to the industry and give this series to someone who isn’t as into comics as you are.