A Game of Cat and Mice (Batman Annual #2) 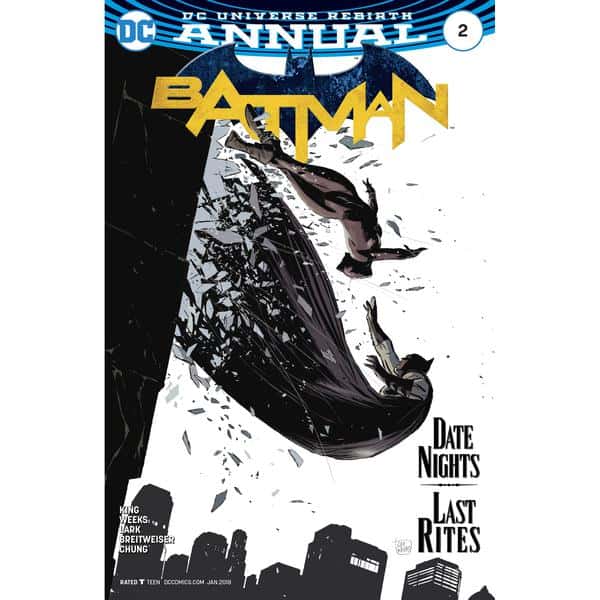 A chance encounter with a Cat Burglar, who seems to be perpetually one step ahead of the Batman. Then the story of the Man who tamed the Cat, and the Cat Bugler that stole the Bat. Easily The Best Comic I have read all Year!

Catwoman first appeared in Batman #1 in 1940. She has always enjoyed a relationship with Batman that has both kept him on his toes and slightly off balance. Selina Runs and Bruce gives Chase, this is how they would dance together. He gets close, and she pulls away.

In the recent storylines, Batman has asked Selina Kyle to marry him, and she has accepted. This is a story of the life that could be between the two of them.

The History of Annual Issues is that they are normally separate from regular Continuity stories, and they are larger books with more pages and sometimes Multiple stories within. This is a Two Story Comic about The Relationship between Batman and Catwoman.

The First Story is Catwoman who is incessantly Playing with Batman. She seems to make him look foolish at each turn, and is always a step ahead. Every time she strikes against Bruce she leaves him a small token of her affection. A small Mouse. Catwoman tells Batman just what she thinks of him, and toys with him at every turn. 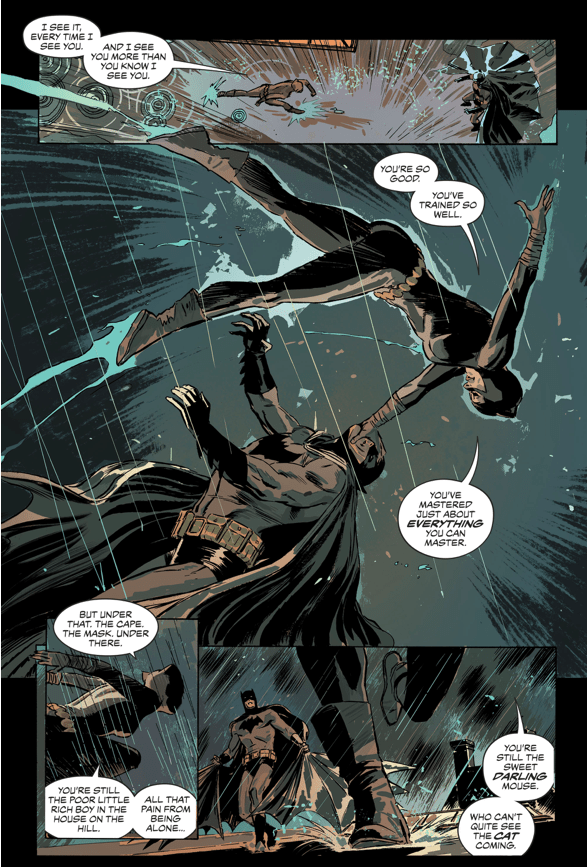 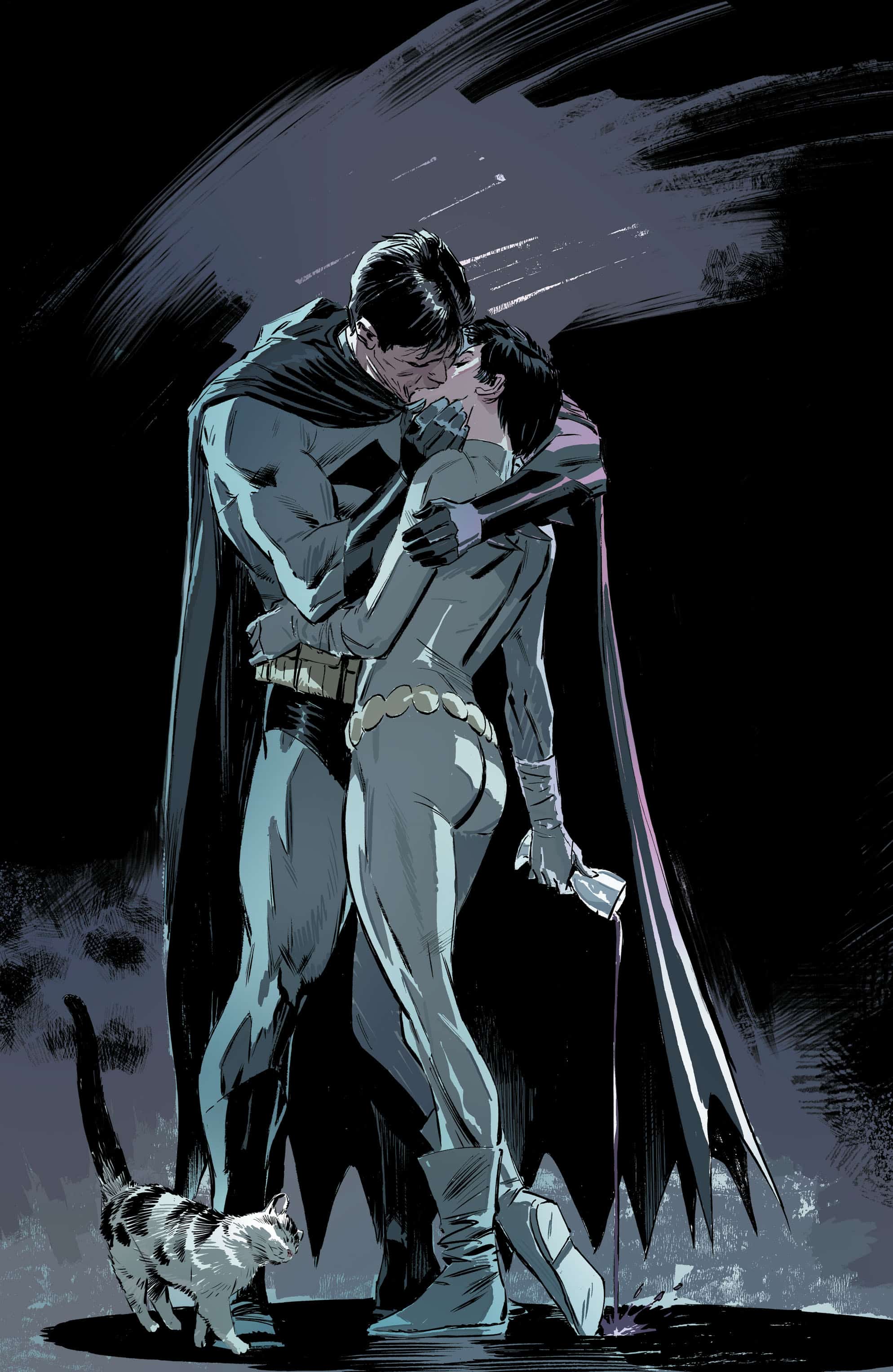 The next Story yanks at the Heart Strings. Clearly, at this point, Bruce and Selina have led a long and happy life together. They Bicker over when they first met, and enjoy each other’s company. This is where the story gets heavy and is best read than reviewed. 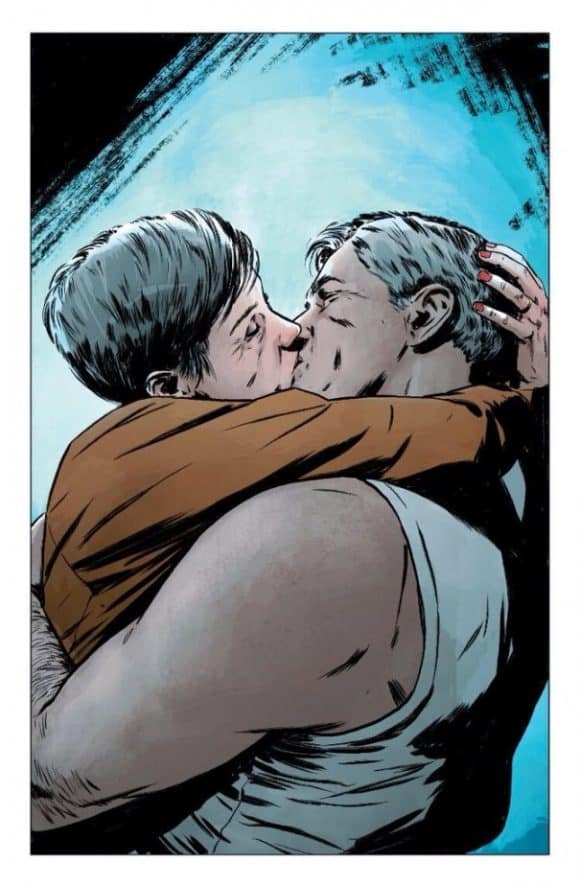 Final Thought: Not every story about Heroes is about a fight to save the world or to stop a Criminal, although this one does have some of those elements in it. This story is a deep emotional connection, that cut right through me. The art was at first deft and playful and then led me to an emotional crescendo. As a reviewer is it my hope that you enjoy the books that I recommend, and hopefully, that you will read the stories and enjoy them as I have. I felt that with this story so strong in its narrative and emotional effect on the reader, that I best let the work speak for itself. I love to read stories about Batman stopping Crimes or fighting Villains, but this has easily become one of the most memorable stories that I have read. I cannot give it higher praise and suggest that if you have any love for the Character of Bruce Wayne and Selina Kyle that you read this story at least once.