Batman: Beyond the White Knight #1: Bat to the Future

Batman: Beyond the White Knight #1 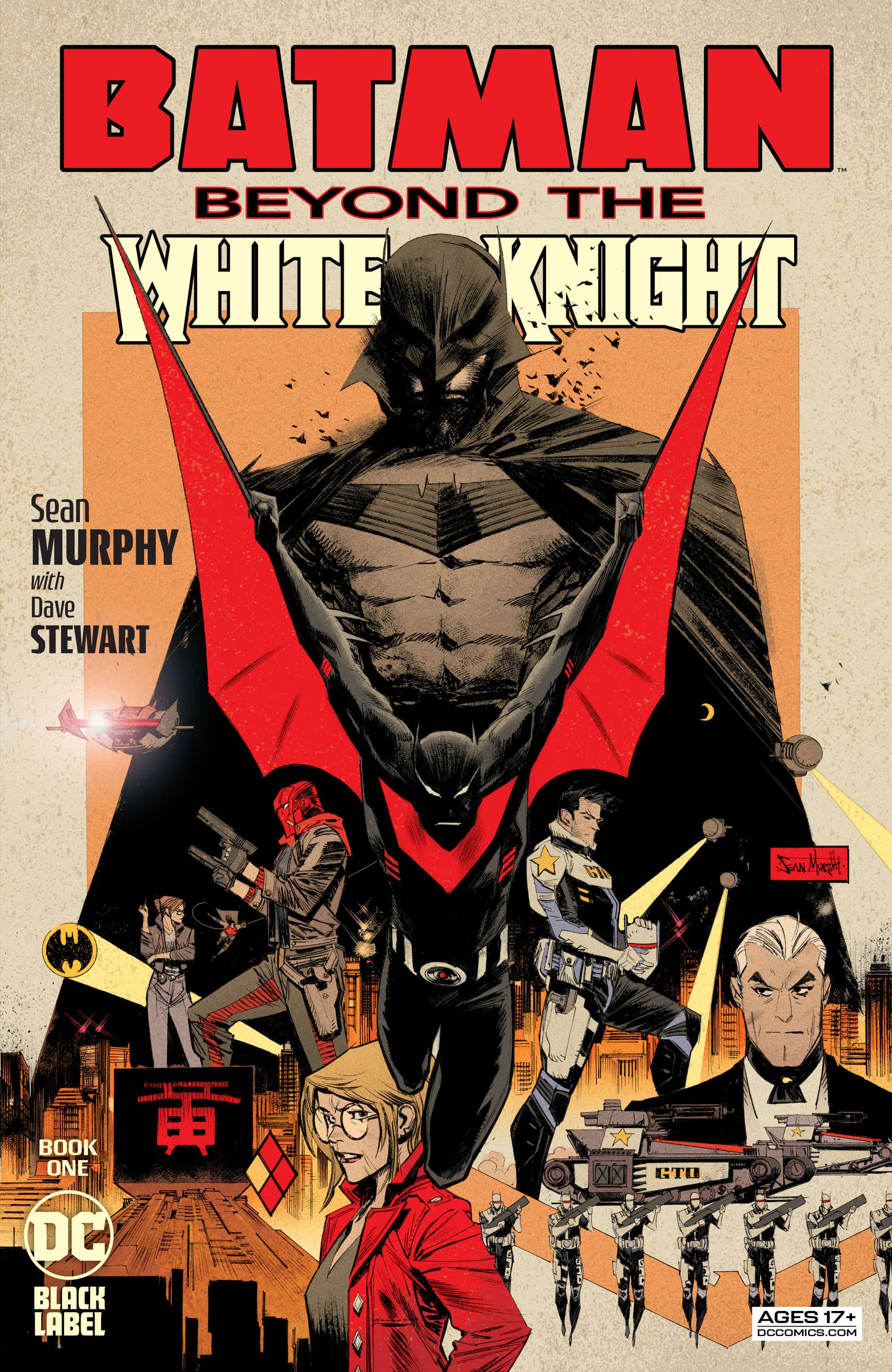 A lot can change in 10 years, especially in Gotham! Batman, a.k.a. Bruce Wayne, may be behind bars, but the real criminals are still out there. Gotham Motors CEO Derek Powers has seized control of the Wayne family’s assets and is using them to transform the GTO and the city they’ve sworn to protect. Crime is down, but at what cost? A new Batman has emerged in Powers’s city, and only Bruce is fully aware of the dangers to come. It’s time to destroy the mantle for good, but he’ll need one of his forgotten sons’ help to do so. Enter Jason Todd…the first Robin?! In this thrilling sequel to the blockbuster comic book hits Batman: White Knight and Batman: Curse of the White Knight, writer/artist Sean Murphy invites the audience to go beyond the Gotham they know to discover an engrossing new take on the city and its heroes. Welcome to Neo-Gotham and the world of Beyond the White Knight!

It’s fascinating that Batman seems to be one of the primary characters excluded from the critique of movie/TV elements influencing comics. Every time there’s a change in costume, powers, or even art style that makes a comic character or series closer to its movie counterpart, it elicits a groan from a large mass of comic fans. For such an iconic character, many people interrupt Batman through the lens of his adaptations more than his comic appearances. Whether it be from the Adam West campy era to the Burton style of the ‘89 movie, to the streamlined and noir sensibilities of the animated series, it’s clear that there’s a kaleidoscope of aesthetics for Batman on-screen that transpose well back onto the comic page.

Batman: Beyond the White Knight #1 continues that trend of using those previous visual styles and aesthetics to build out an original universe. Written and drawn by Sean Murphy, with colors from Dave Stewart and letters from AndWorld Design, the book picks up from the conclusion of the last limited series, picking up 10 years after Curse of the White Knight. Bruce Wayne has revealed himself to Gotham as Batman, allowed himself to be locked up for all of the damages he caused, and Harley Quinn is left alone, raising her and Jack Napier’s children. Murphy drops the audience directly into the action and the thesis of the series, which is to introduce Terry McGinnis into the world. Terry is working for Batman Beyond’s primary villain, Derek Powers, to steal the Beyond batsuit. It’s a brilliant move, giving a new Batman without a massive or played-out origin story.

Murphy’s script moves at a speedy pace, but never feels rushed. He’s able to give both high-energy action sequences and slow, heartful conversations with equal weight. It speaks to Murphy’s skill as a visual storyteller that he can concisely hit those moments of the past and tease the possibilities of the future in his use of shadows and background work. Murphy trusts his art to tell the story of Gotham and blends his sensibilities with the emotional weight of the works he is homaging. The texture and world of Murphy’s Gotham is a unique beast that feels like almost perfect alchemy of the Burton era, the traditional comic interpretation, and the Timm/Dini design. His ability to take that fine balance and shift it 10 years in the future, and add that layer of the Blade Runner and Beyond style is a brilliant move, and seeing this art, it feels like the previous installments were in service of getting Murphy to this point.

Murphy’s art is consistent as ever in this issue, again blending some of the most popular elements of Batman, from the ‘89 movie to the animated series, and even bits of the Miller/Mazzucchelli era. The standout element of this issue is Murphy’s use of shadows, which boil down and tell the history of this universe and its leading characters. There is a moment where Harley hits her daughter, and the choice to contrast it with the tangled history of abuse from the Joker is a jaw-dropping visual. It adds weight to this book that serves as a reminder that this is a storied history that is working just beyond the homages to the stuff Murphy presumably grew up with.

With a perfect encapsulation of the various adapted styles from Batman films and TV, Beyond the White Knight #1 is an excellent start to this series. It will be fascinating to watch how Murphy diverts and reinvents the lore and expectations from Batman Beyond for his universe as the series continues. This is a definite pick-up for both continued and new readers to the Murphyverse, as the book does an excellent job of contextualizing the larger series without giving away too much in Murphy’s art.

Batman: Beyond the White Knight #1: Bat to the Future