Batman: Beyond the White Knight #2: We Are Thy Fathers’ Sins

Batman: Beyond the White Knight #2 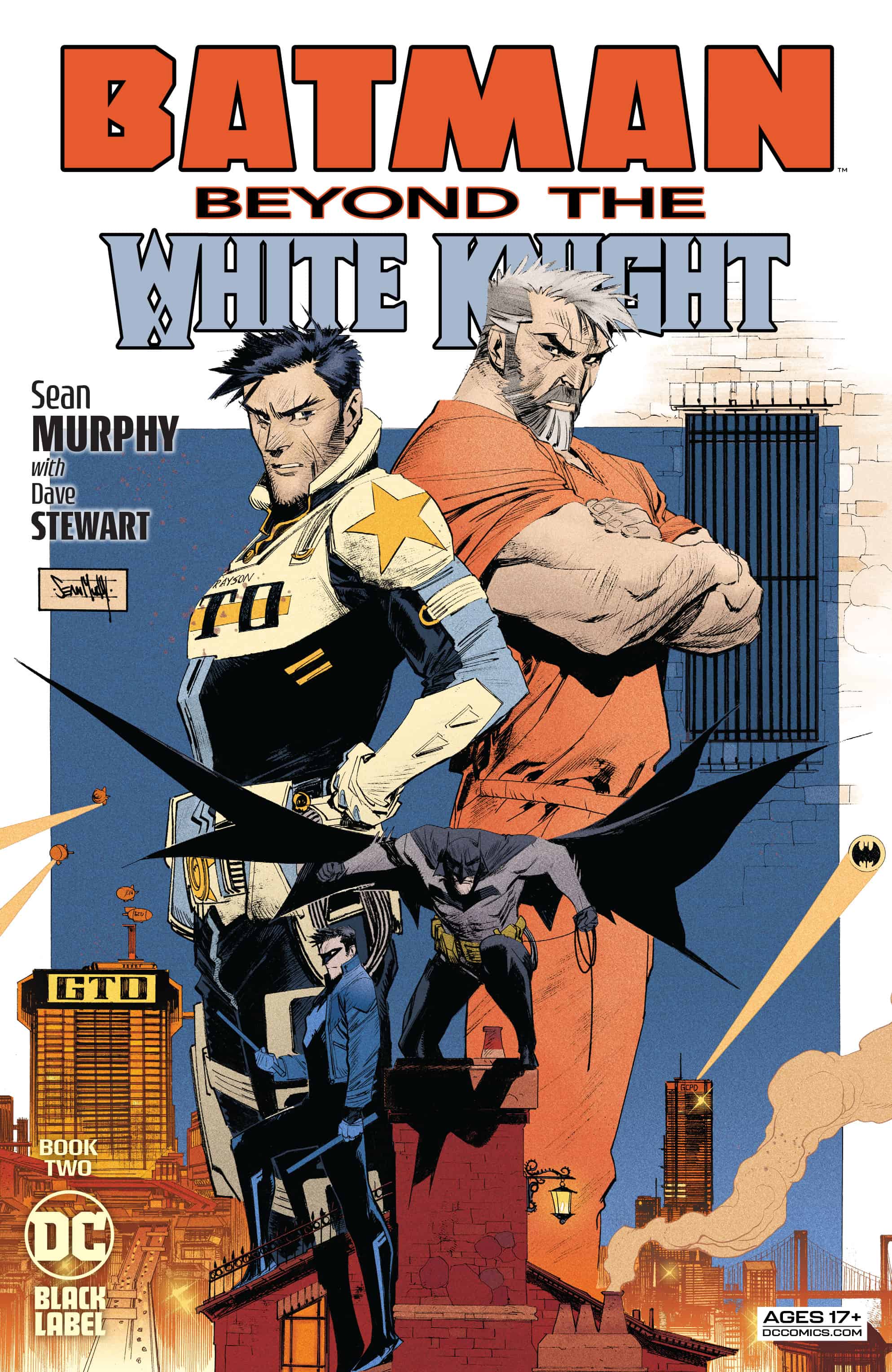 The humble beginnings of Terry McGinnis are revealed as Bruce Wayne becomes Gotham’s most wanted man! With the GTO on the case, does Captain Dick Grayson have what it takes to bring down his old mentor? It’s father versus son in the next chapter of this fan-favorite series! Plus, an unexpected ally from Bruce’s past could hold the key to saving the future. Harley Quinn is back and ready to knock you out! Go beyond the Gotham you know to discover an engrossing new take on the city and its heroes. Welcome to Neo-Gotham and the world of Beyond the White Knight!

In Batman comics, the lore and concept of Batman Beyond have always been a tough nut to crack. The series and idea feel intrinsically tied to the world of the animated universe, and outside of the comic continuation of the show, the attempts to introduce it into the mainstream continuity have been mixed. With the track record of Future Ends and DC Rebirths, it’s always a bold choice to lean into the Beyond concept. That’s why Batman: Beyond the White Knight is such a fascinating read. With two issues now under its belt, it’s clear that the world of Beyond slots in naturally with the series, largely in part thanks to the DNA the book shares with the animated series.

Beyond the White Knight #2, written and drawn by Sean Murphy, with colors from Dave Steward and letters from AndWorld Design, opens with a quick origin for Terry McGinnis, showing how he’s come to work for Derek Powers and the CEO’s ties to the GTO. In a short few pages, Murphy’s script and panels help to further establish Neo-Gotham, and how much the world has changed since Curse of the White Knight. The book jumps between the plotline of the former sidekicks and where they are now, with a haggard Dick Grayson running an independent GTO with Duke Thomas, while Barbara Gordon stands opposed to the group as head of the traditional GCPD. It’s an interesting set-up, and a rich place of conflict for the two, both following in their father figure’s footsteps. Barbara resents Dick’s willingness to give into Derek Powers and a militarized and overbearing police force, while Dick is angry that Barbara is supportive of a world that has more freedom, but allows crimes and vigilantes to exist in it.

This simmering tension between Barbara and Dick is the best element of the book, and almost makes the case for another spinoff of this series without Bruce. There’s enough interesting world-building and compelling character work that makes it almost disappointing to return to the Bruce plot. The other plot, that of Terry beginning his steps as the new Batman, and his origin, feel oddly reminiscent of Jason Todd, another character getting his own spin-off series in the Murphy-verse. It’ll be interesting to see if Murphy is seeding a possible Jason/Terry team-up for the back half of this series, as both characters have this raw, anger, clashing with unhealed wounds with their father figures and extensive rap sheets. It’s a testament to Murphy’s storytelling skills, both as a writer and an artist, to form Terry as this foil to Jason, and set them both up as fallouts from the sins of Bruce.

From there, Murphy jumps back to Bruce’s p.o.v, following up on the last issue’s big cliffhanger. Apparently, during the events of the previous series, Jack Napier during his initial running of the GTO implanted a chip in Bruce’s head that projects a hologram of Napier. The premise is a great choice, forcing Bruce to reckon with the past, specifically the past that led to the current status quo of the series. What feels lacking is the explanation of the hologram in Bruce’s head. It feels like a convenient option that doesn’t feel congruous to the rest of the series. If Murphy had used a chemical explanation for this apparition, maybe tied to the sane pills Jack takes, or even just a manifestation of Bruce’s guilt and stress, it would be more narratively satisfying than a hologram inserted sometime in between the scenes of previous panels.

Murphy’s art is the headliner of this book, and his sequential storytelling is thrilling here in the book. With two full volumes and the spinoff under his belt, Murphy knows and excels in rendering this version of Gotham and its people. The book is a tight and streamlined series, with no wasted pages or panels. Murphy’s narrative economy in his art is stunning at times, using shadows and backgrounds to provide exposition another book would convey using full panels or text captions. The weakness of the book and its art is Murphy’s style does not lend itself to rendering older characters consistently. Bruce’s worn and rugged look is the most consistent, but much of that is thanks to Stewart’s coloring.

It’s a minor thing to pick on, but with a book this good, it’s distracting that some characters have that weight of the last ten years, while others look almost the same from Curse of the White Knight to Beyond. Harley specifically is in this nebulous design, while granted she only appears for a few pages, it’s distracting that she seems out of place between the aged Bruce and the fresh-faced Napier. Much of this has to do with Murphy’s scratchy, frenetic pencils, where much of that weathered stylization is already a visual element of his art. Again, it’s not a make or break choice for the book, but it is noticeable in the same way a TV will have a 10-year time jump but the actors are just caked with light make-up.

Beyond the White Knight #2 is a great follow-up issue, continuing to ground and reveal the dynamics of Neo-Gotham, working in tandem to deepen the tensions of the batfamily and set up Bruce’s reckoning with the past. Murphy and Stewart also lay the groundwork for the future of Gotham, and its next Batman with this issue, and how he may align with previous sins of the last Batman. The book is still early in its run, and hopefully, as Murphy works toward more in costume action and conflict, the art will propel to new highs for the series. The book is still a great jumping-on point for fans of the original Batman Beyond, and readers of the previous White Knight arcs.

Batman: Beyond the White Knight #2: We Are Thy Fathers’ Sins