Batman: Beyond the White Knight #3: Bat’s in the Cradle

Batman: Beyond the White Knight #3 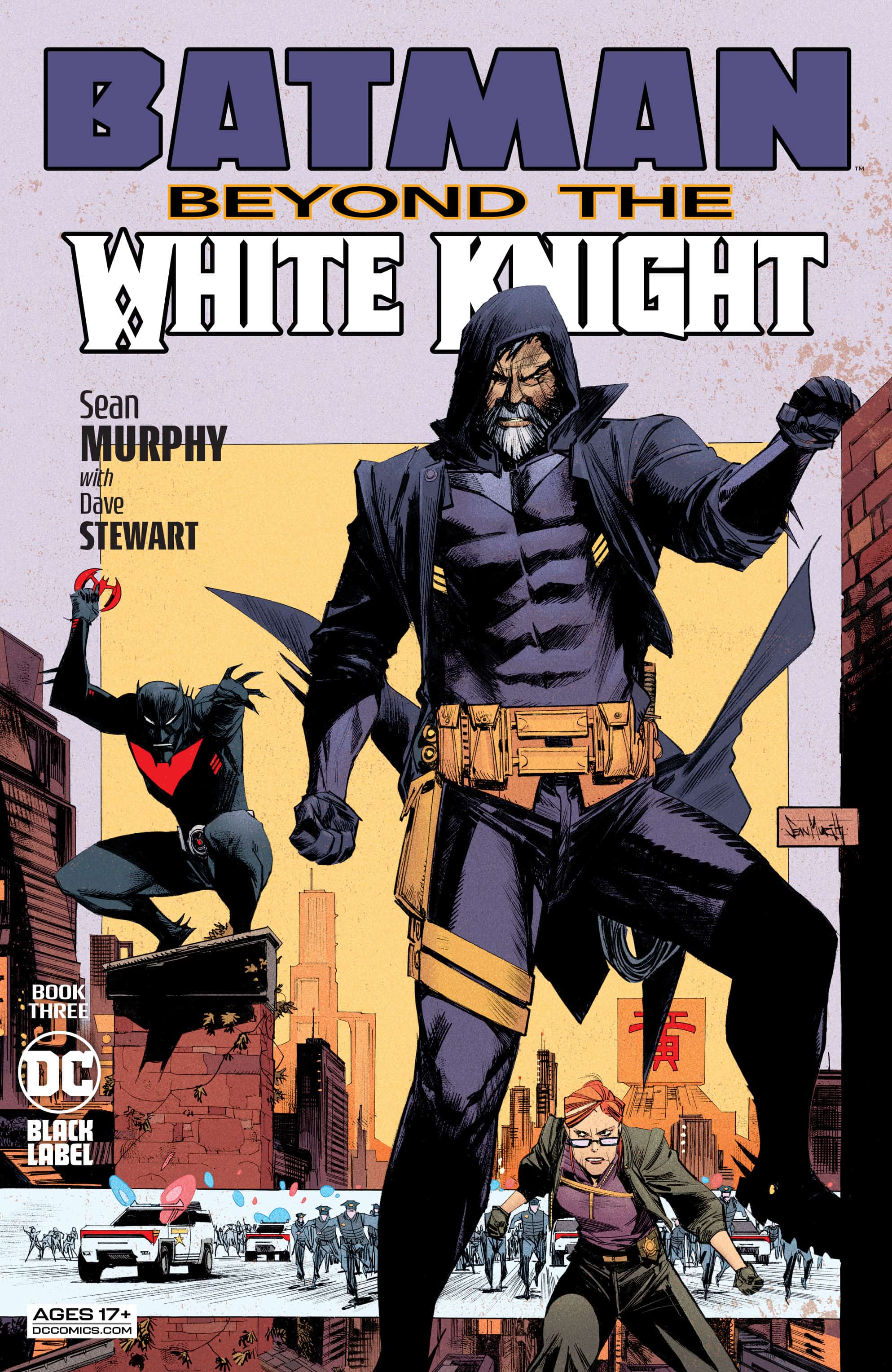 The future of Gotham is coming to destroy its past! Batman…murderer? After discovering Bruce Wayne facilitated the murder of his father, Terry goes on the hunt, ready to unleash as Batman Beyond. The clock is ticking for Bruce in more ways than one after Harley Quinn’s daughter goes missing. And if she takes after her father, the fate of the city is in her hands! Can the former Batman find and stop her before the police do?

The Batfamily is a fascinating concept that only continues to grow with issues published. Whether one likes it or not, it has become a core facet of the Bat-mythos and bleeds into Batman-centric out of continuity and Black Label series. One of the best ways to use the family is by respecting and playing into the weight of the group. With a series of books like Sean Murphy’s White Knight, that respect is on full display, taking the time across four mini-series, a spinoff, and some one-shots to flesh out and explore the family. Thanks to the long span of the series, which has been able to shift back and forth along the imprint’s timeline, Murphy has been able to design a rich and comprehensive Batfamily that still has room to grow, as proven by the events of Beyond the White Knight #3.

The current issue, written and drawn by Murphy, with colors from Dave Stewart and lettering from AndWorld Design, bounces between the major beats of the series, moving from Bruce dealing with the digital specter of Jack Napier in his head to Terry’s ongoing, and mislead quest for vengeance using the Beyond suit, to the budding civil war between the Gotham P.D. and GTO. At the core of the plot is Derek Powers, whose backstory is fleshed out in this issue, and tied into the fantastic one-shot from the original White Knight mini-series. It turns out his father was an associate of Victor Fries, and Derek followed in his father’s footsteps at Wayne Cyrotech. The revelations of the tech, which was outlined in that mini-series, and its ties to Nazis, drove Powers to begin working in the Automotive division of the company and led him to quickly discover Bruce was Batman. The revelation is a perfect way to mold this version of Powers into the universe and helps to align Powers’ ambition and antagonism to the dichotomy of Bruce and Batman, as Powers has a deep association with both.

Murphy’s script crystallizes the theme of the book in a single word balloon from the phantasm in the form of Jack Napier, stating “We’re both Dads, on a mission to fix our families” to a newly suited Bruce. It’s a powerful moment, cementing the parallels between Bruce and Napier in this universe. Murphy doesn’t linger on the panel, but the moment makes a lot of the elements in this series click into place. Between the expansion of the Batfamily, the looming threat of Derek Powers, and Terry’s desire for vengeance for his family tragedy, the family angle is a rich theme for the book to tackle. The core tensions of the issue are a natural result of the previous books’ events, from Napier’s original machinations to weaken Bruce, to Azrael’s holy mission and Bruce’s inability to open up emotionally to his family. It’s excellent craftsmanship from Murphy, building on a tight continuity from a fun Elseworld story to a universe of its own that feels ripe for further exploration.

Murphy’s art is as stellar as ever, but this issue puts his ability to render and design into the spotlight. The two biggest redesigns of the issue are Bruce’s new batsuit, which is a prototype designed to avoid detection and an anachronism when put next to the Beyond suit. The low-tech suit is streamlined, a slick suit with no cape or cowl, using a trench coat instead. The costume is a blacking purple with the only pop of coloring being the yellow of the utility belt and accents on the boots. It’s a stunning design that works in colors but feels like it would be perfect for a Batman: Black & White story. There’s a fight sequence in the issue between Bruce and Terry which highlights the difference between the low-profile of this suit, and the high-tech Beyond suit. Both are striking designs that feel like inverses of one another, and hopefully, more contrasts will pop up as the series continues.

The second design of the book that pops is the new Robin suit for Duke, which feels like a cross between the Damian suit and the Tim Drake suit from the animated series. It drops the green of the traditional Robin suit, and the cape, instead of focusing on blood red, and yellow accents, mirroring Bruce’s new costume. These designs feel like natural evolutions of superhero costumes for characters that have been operating for 10-15 years and are streamlined for a mission. As Bruce and Gotham are having to grapple with the legacy of vigilantism and symbols, these suits are a perfect way of representing the utilitarianism of a tactical suit. Stewart’s colors are impeccable with these suits, and the shade of red makes the suit molded to Duke specifically, setting it apart from the other Robin suits shown in the White Knight continuity.

With strong design work and excellent threading of continuity, Beyond the White Knight #3 remains one of the most solid books in DC’s roster. Murphy’s art and writing have refined the series into a tight story grappling with Dads trying to fix their families and the continuity that’s been built across the multiple series. Paired with Stewart’s perfectly accented colors, the designs and aesthetic of this issue feel original but still in line with what’s come before. With the book reaching close to its halfway point, the pieces of Derek Powers, Duke and Terry are beginning to click into place, and it will be fun to watch if Murphy and Stewart can mend the Batfamily, and do justice to all the fractured elements of the universe.

Batman: Beyond the White Knight #3: Bat’s in the Cradle