Batman: Fortress #1: By the Numbers 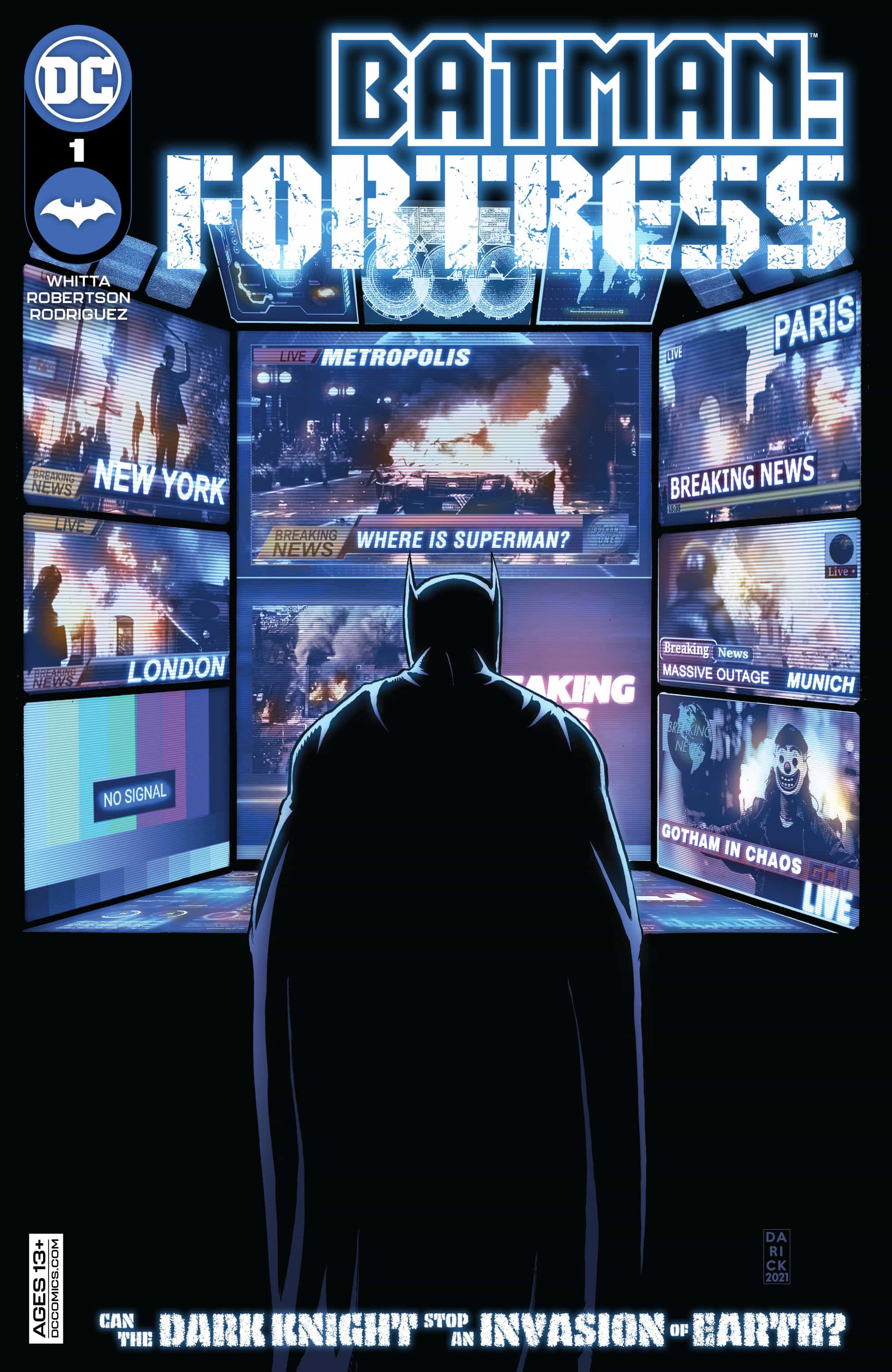 When an unknown alien ship enters Earth's atmosphere, disrupting global power and communications and plunging the planet into chaos, the world is left wondering...where is Superman when he is needed most? In the mysterious absence of the Last Son of Krypton, Batman must rally the rest of the Justice League to counter the alien threat...but first, he must quell a crime wave on the blacked-out streets of Gotham!

This feels like it was written for people that don’t regularly read comics. If someone came up to me this week and said, “I don’t read comics, where do I start?”, then I would point them towards this book. Gary Whitta is a great writer and shows his interest in these characters, but it seems like he spends the entire issue trying to show readers that he knows what he’s talking about. This might be the intention, but this feels like a “by the numbers” Batman story to the point that it feels corny. It almost feels like fan fiction. I can’t help but think of the Kevin Smith Batman story where Smith has Batman admit that he peed himself. At one point, Batman even says “This is why I dress up like a bat.” The majority of fans know why Batman dresses up like a bat. We don’t need to be told again, we especially don’t need to be shown Martha Wayne’s infamous pearl necklace again.

The plot is fun but nothing new. You have probably read or seen other stories doing something similar. It seems strange for DC to release this book at the same time as Batman: One Dark Knight, which does the “Gotham is in a blackout” plot much better. As for the art, there are a few wonky visuals but for the most part, Darick Robertson’s pencils and Diego Rodriguez’s colors are a lot of fun and enjoyable. Robertson has a cool and distinct style that I think fits well with a Batman story. The use of inks is highly effective. If you are going to have a book about a blackout, it needs to feel like a blackout, and the use of the dark tones certainly does that. Simon Bowland’s lettering is great as well. As corny or redundant as the writing is, Bowland makes it work.

BATMAN: FORTRESS #1 doesn’t break any new ground but it has all of the pieces that make a fun Batman story.

Batman: Fortress #1: By the Numbers