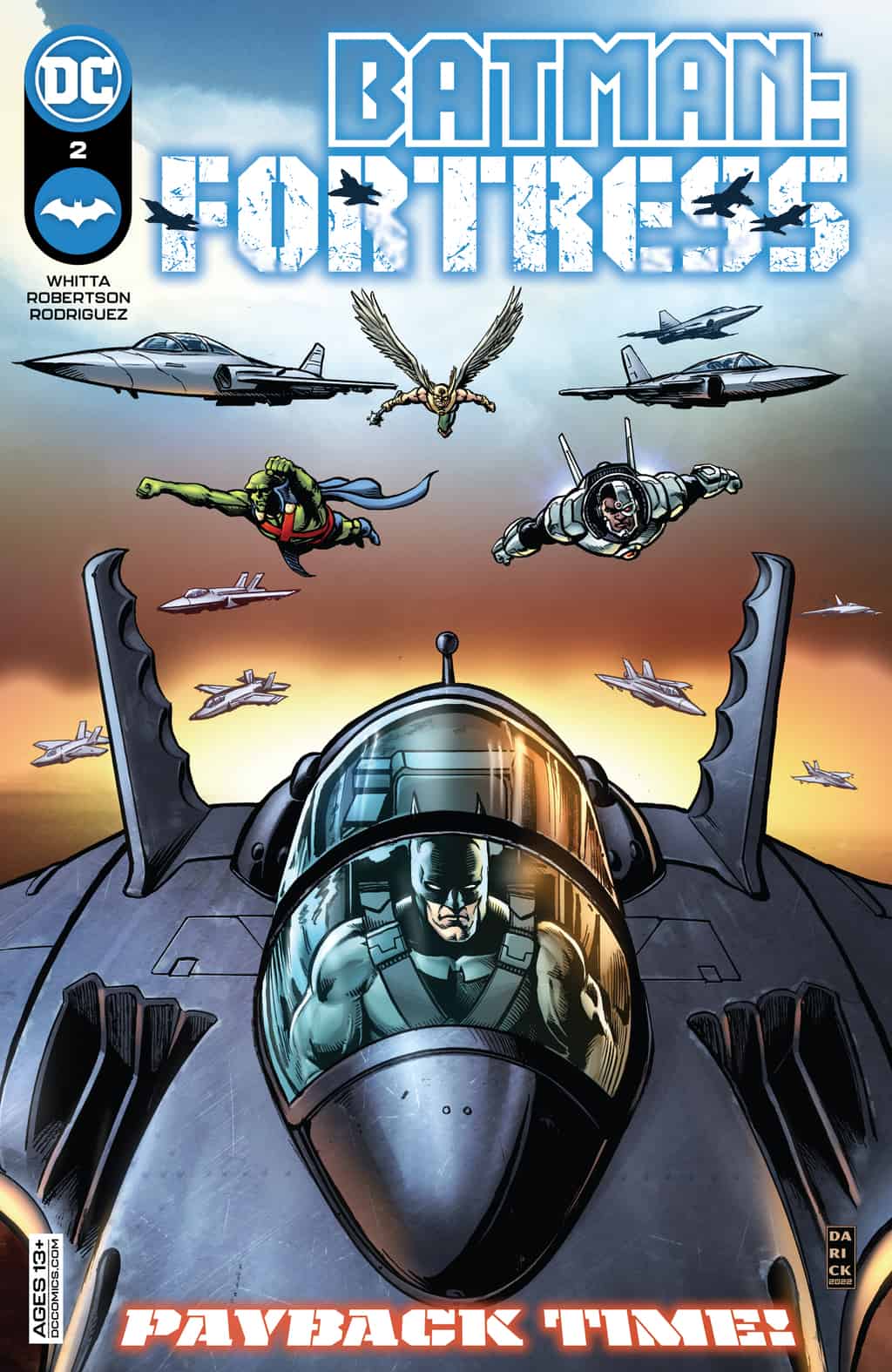 Batman and the Justice League are working desperately to save innocent lives after the arrival of a mysterious alien ship that has destabilized the entire planet. After all attempts to communicate with the unknown invaders fail, they’re left with no alternative but to fight! But can even the combined might of the Justice League and all the world’s militaries repel such an overwhelmingly superior force? 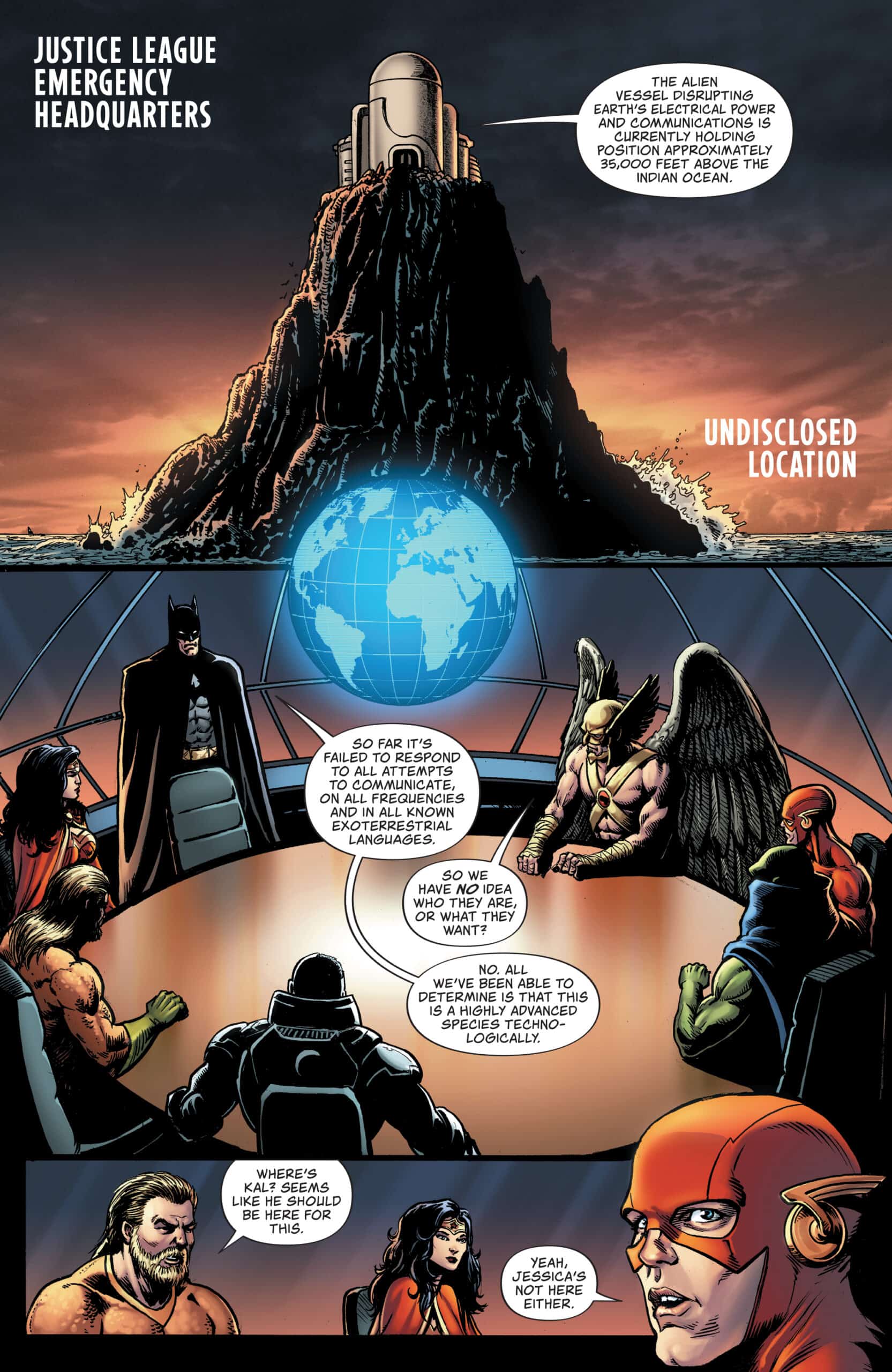 Looking back at my review of Batman: Fortress #1, I was harsh and didn’t give myself space to really enjoy the book. I had to remind myself that Batman isn’t just the dark and brooding hero that is prepared for every little thing. This Batman shows emotion and feels human but still has the confidence and authority to lead the Justice League. There are many times when it is clear that Batman doesn’t know what to do after plans fail and is really affected by the losses. By the end of the issue, we have a Batman that doesn’t know what to do next, but we also have one that is ready to figure it out.

The “Superman is missing” plot isn’t anything new, and neither are three villains coming after him, but I really enjoyed the reveal that the giant orb that took out the League is somehow connected to Kryptonian tech. Whitta is already using those plot elements a lot better than other versions. On top of that, I enjoyed the designs and looks of the three villains. Darick Robertson’s art is a lot of fun and really expressive, which is great when dealing with a team of characters. Overall, I really enjoyed Batman: Fortress #2. The story and art are fun and I think Whitta has a clear grasp of the characters and what he wants to do. Robertson and Rodriguez do an excellent job on art and coloring duties respectively. Robertson excels at bigger action pieces, which was the highlight of the issue. Despite being billed as a Batman book, I am hoping that we see more of the Justice League together, though they are a little busy at the moment.

Superman is missing! The Justice League is defeated! Now It is up to #Batman to save the world from new threats in BATMAN: FORTRESS #2!