Batman Incorporated #2: So Many Ghosts to Deal With 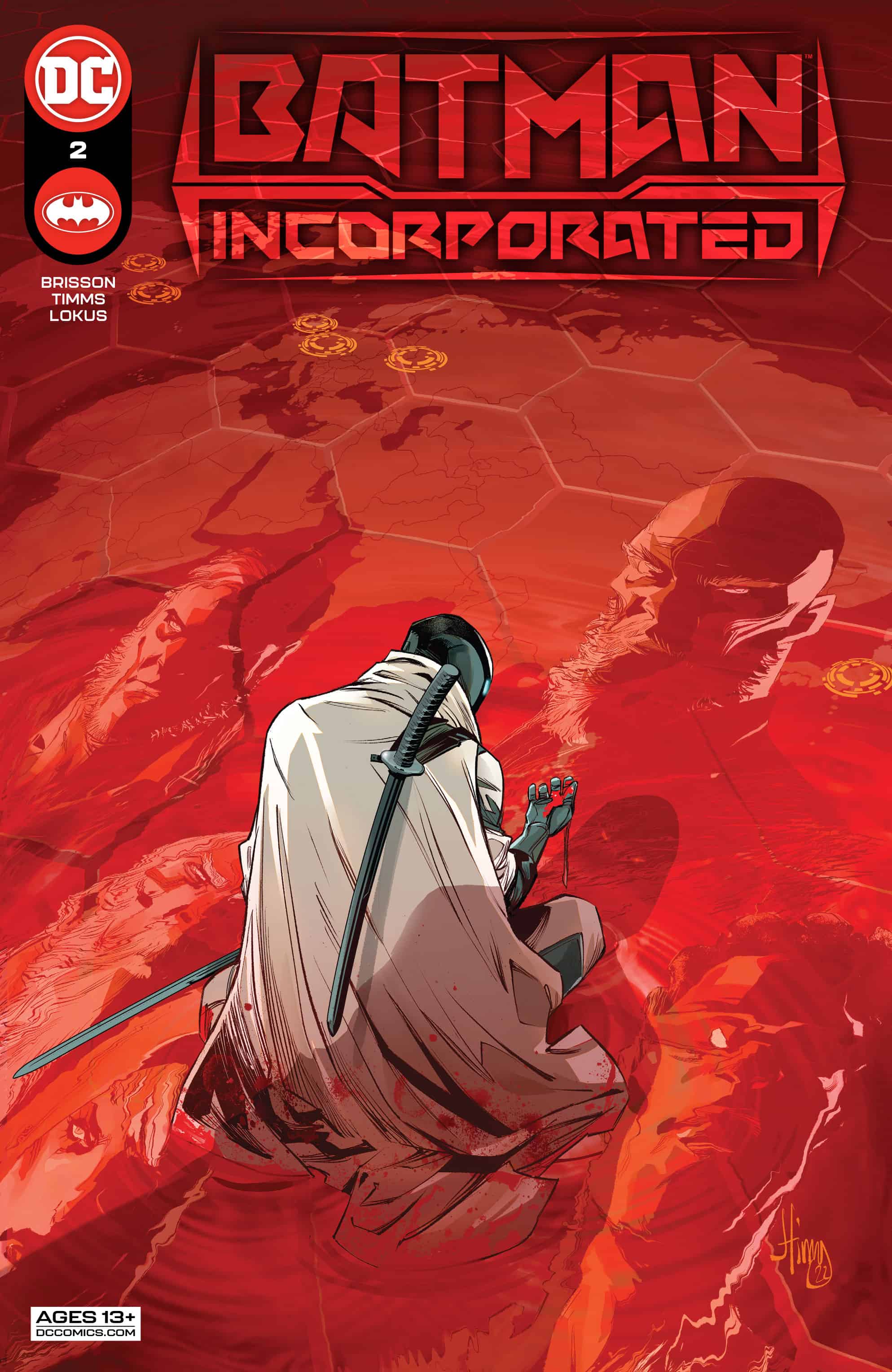 The pulse-pounding second chapter to NO MORE TEACHERS continues as Batman Inc. continue to investigate the death of Ghost-Maker and Batman's mentors. Each new lead only begs more questions and threatens to unearth a shocking secret buried deep in Ghost-Maker's past. A secret that refuses to die.

As I mentioned in my review of Batman Incorporated #1, the framing style for this series is fantastic. This issue picks up where it left off immediately, with the new team, led by Ghost-Maker,  being assigned to investigate various murders around the world where the victims all have something in common – they were former mentors of Ghost-maker. As each location progresses in its storyline, it’s clear that they are all connected beyond a coincidence and that they will connect in the end, but we’re still trying to figure out how. Each team is either forming new alliances or discovering key details that will help them solve the mystery, and we start to learn more about the mysterious past of the Batman Incorporated leader. 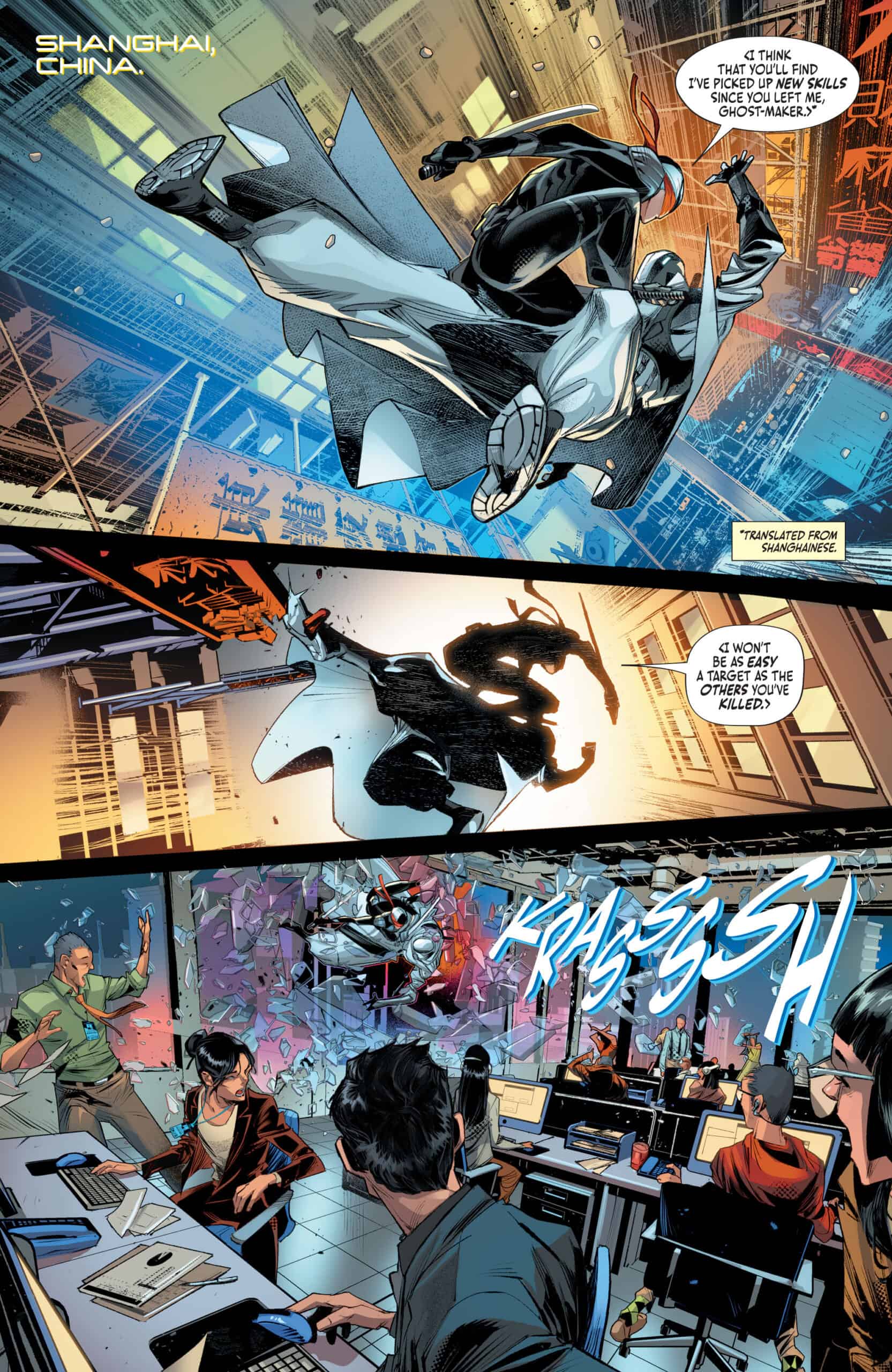 Brisson does a wonderful job setting up each story frame to have its own voice and problems. Instead of creating the same story four different ways, we see how each story takes different turns given who and what is involved. If the characters were put in a different situation than what they are currently, you can tell that the story would have had a different outcome completely. What I love about this series so far is that each issue pulls you into the story with its mystery and you as the reader find another detail for you to solve the puzzle with another newly revealed detail that makes you feel like you’re watching a drama unfold before your eyes that you weren’t expecting. Given the ending of this issue, I cannot wait to read issue 3 because of the cliffhanger making me want to know more about what we just found out. Writing a 5-frame story that weaves together is no easy feat, but Brisson makes it seem like it’s just as natural as writing a single story arc. 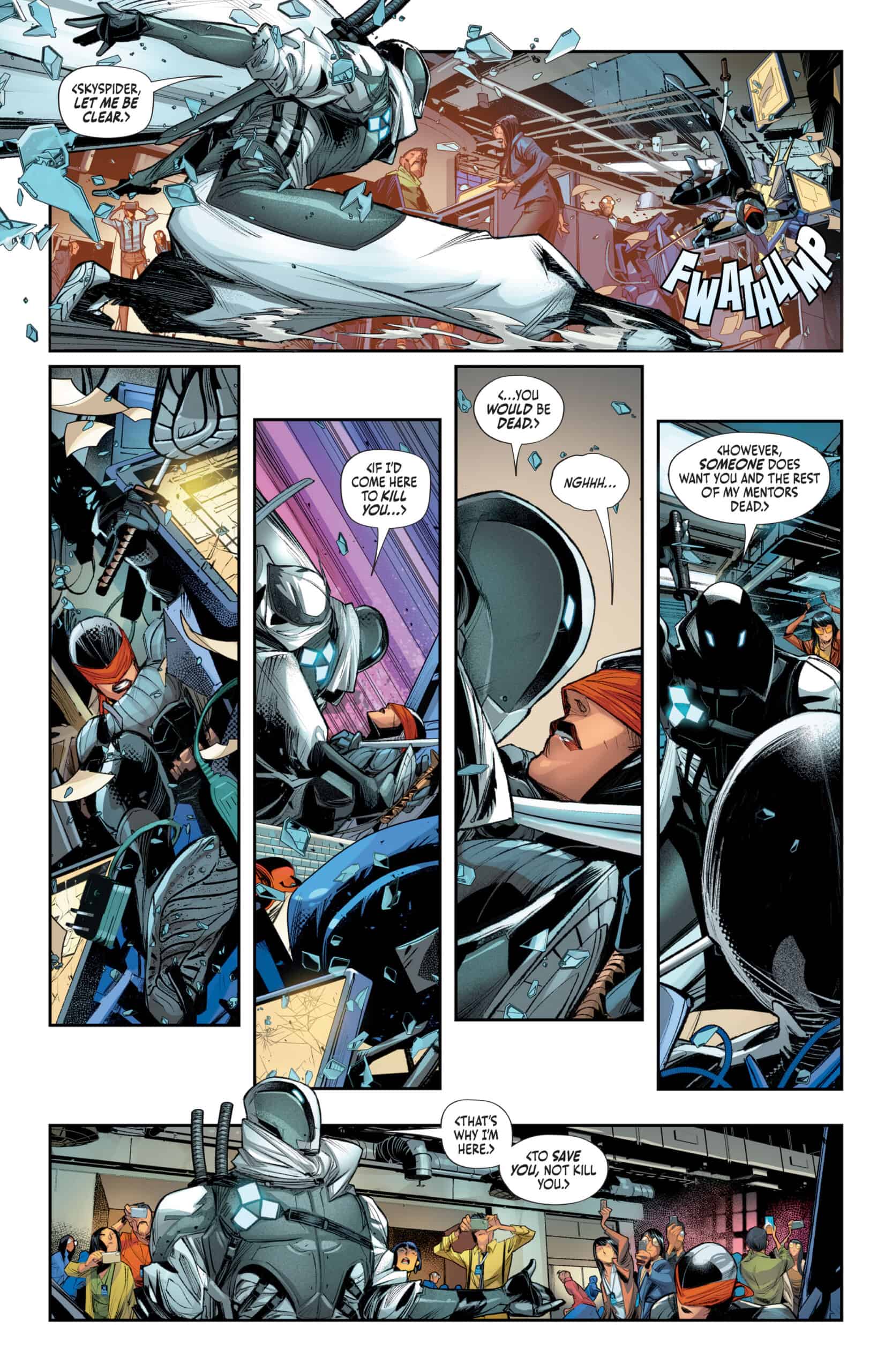 The artwork here from Timms, Lokus, & Cowlesis superb. I love how each page layout is different and not a carbon copy of each other. They have different layouts and compositions that makes it interesting and unique that also fits the progression of the story very well. Timms does a fantastic job of making the action so captivating, and Lokus’ coloring accents the various details that really shines through in its realism, especially with the lighting and shading. I also love how each page seems to have some really great and interesting compositional and frame break elements. I’m always a sucker for when a character protudes out of its panel and overlays on the other, but I’ve also noticed with some pages that they have taken the panels themselves and overlapped them in an interesting way that gives the story a sense of movement as it progresses. 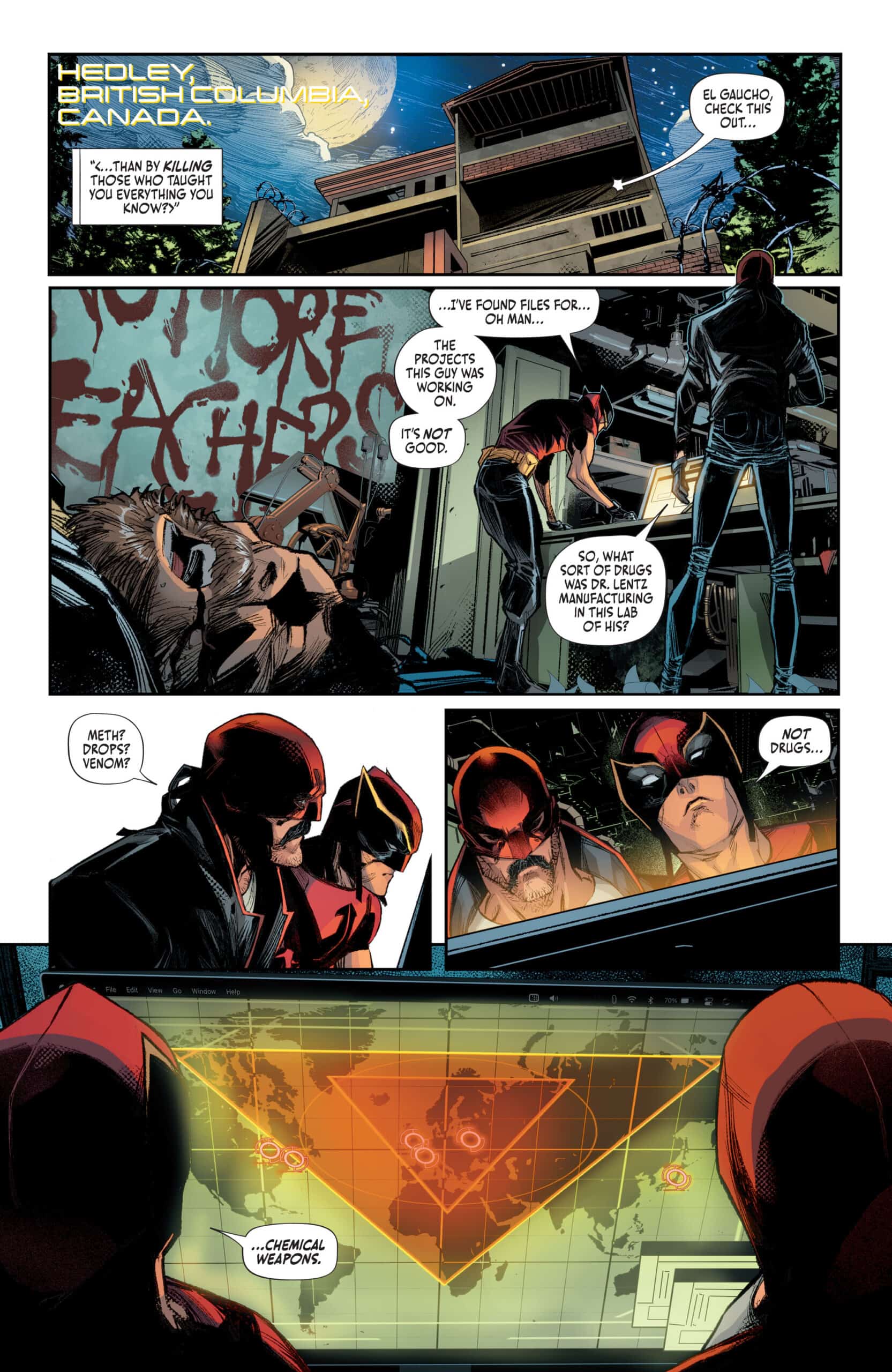 Although Batman is the inspiration for this team, I love how original the stories and characters are here. The Batman fan in me feels like this is allowing us to live vicariously through these more accessible characters because the team is made up of more of the common person who dedicated themselves to bettering the world around them with what they're given. The creative team just does a wonderful job with making this such an exciting spy-thriller-mystery team story that this is easily becoming one of my favorite hero teams in comics.

Batman Incorporated #2: So Many Ghosts To Deal With