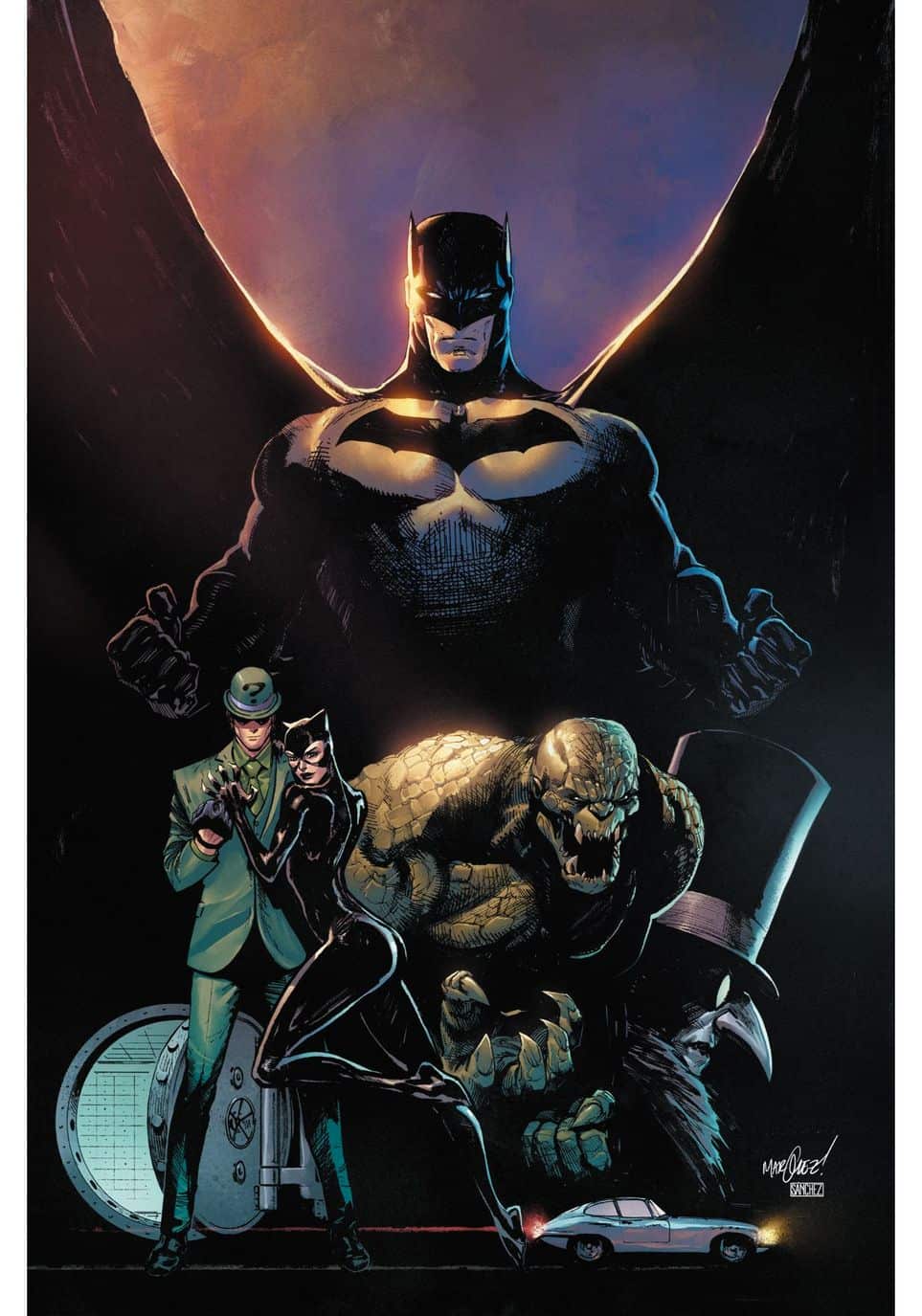 In which a Cat asks a Question, a Penguin flails and a Croc feeds.

I’m going to start by saying that I really enjoyed this comic. It’s constructed as intricately as a Jaeger-LeCoultre watch, all the little pieces fitting together into a story that ticks along as beautifully as a dream. This construction is appropriate for a story about The Riddler.

There was one problem which might, at first blush, appear to be me stirring up a tempest in a tiny little teapot, but I believe that it is a flaw which sets the rhythm of the whole book off, the kind of thing which will (if unaddressed) cause springs to unwind and cogs to slip: King’s depiction of the original production of Euripides’ Bacchae.

King states that ‘the high priestess of the temple of Athena ‘ was the only woman allowed to attend the first production of The Bacchae. In reality, there were no restrictions of any kind about who could attend the plays staged during the Athenian City Dionysia festival competition. Women were not allowed on the stage (their roles were played by boys or young men, as they often were in Elizabethan England) but there is absolutely no reason why a priestess would ever be the only woman in attendance. This should be obvious to any reader, regardless of education, because if, as King states, the city was ‘running out of men’ who the hell was sitting in the stands? Who did he suppose they were putting the play on for?

Additionally, the Athena Polias was the highest ranking religious official in the city-state. Even if we bow to the fiction presented here, there is precisely ZERO reason to believe that she wouldn’t be attended by women of a lesser rank. Sorry for my snobbish classicism, but this is stuff that could be caught by a cursory Google and if King poked down far enough to learn that Euripides’ Bacchae was performed posthumously. He could easily have found this out. And if he had discovered the fact that women were half the audience, but chose to present the ancient Athenians as being even more sexist than they were, that reflects his own unexamined sexism. King has a tendency to reduce his female characters to a select few stereotypes (the Femme Fatale, the Virgin, the Trophy Wife) and that’s frustrating enough without bringing Euripides into it.

David Marquez’s art is astonishingly good: detailed, without being cluttered. His choice to deconstruct the bodies of the villains (an eye, some teeth, a claw) reflects the choices the characters are making to, quite literally, dehumanize themselves. A woman becomes a cat and thus is shown to be little more than her own red claws. A man mutilates his body and what we see are his long, crocodilian teeth. It’s brilliant work, from a remarkable artist.

This is a comic that’s as well plotted as a horologist’s masterpiece. Let’s just hope that the writer doesn’t strip the gears.

This is a comic that's as well plotted as a horologist's masterpiece. Let's just hope that the writer doesn't strip the gears.