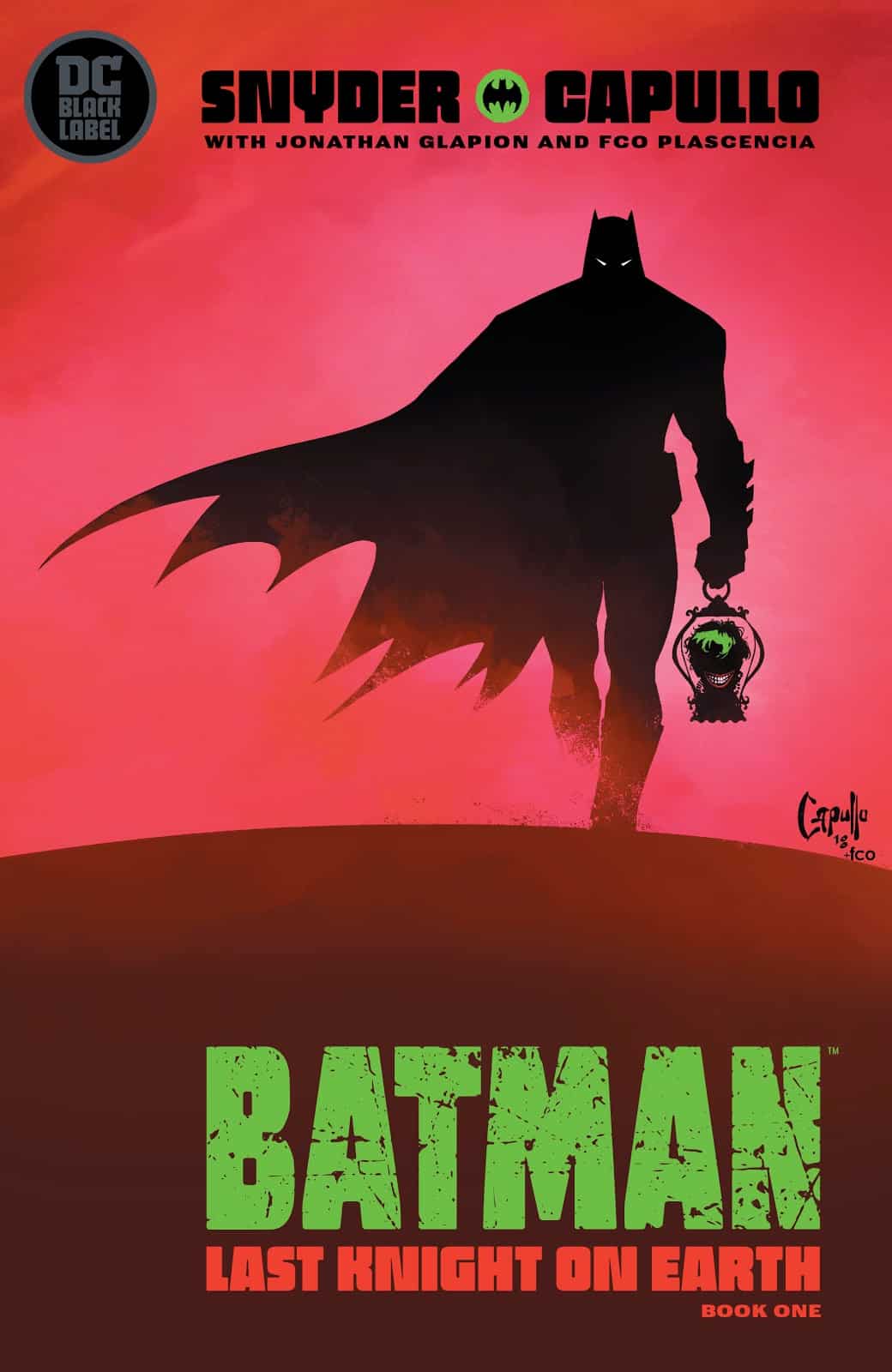 Batman rushes to find out who is killing people all over Gotham when he stumbles into a trap.  He wakes up in a psychiatric hospital, with every single villain and sidekick he’s ever known as either patients or doctors.  But it’s all an elaborate lie. 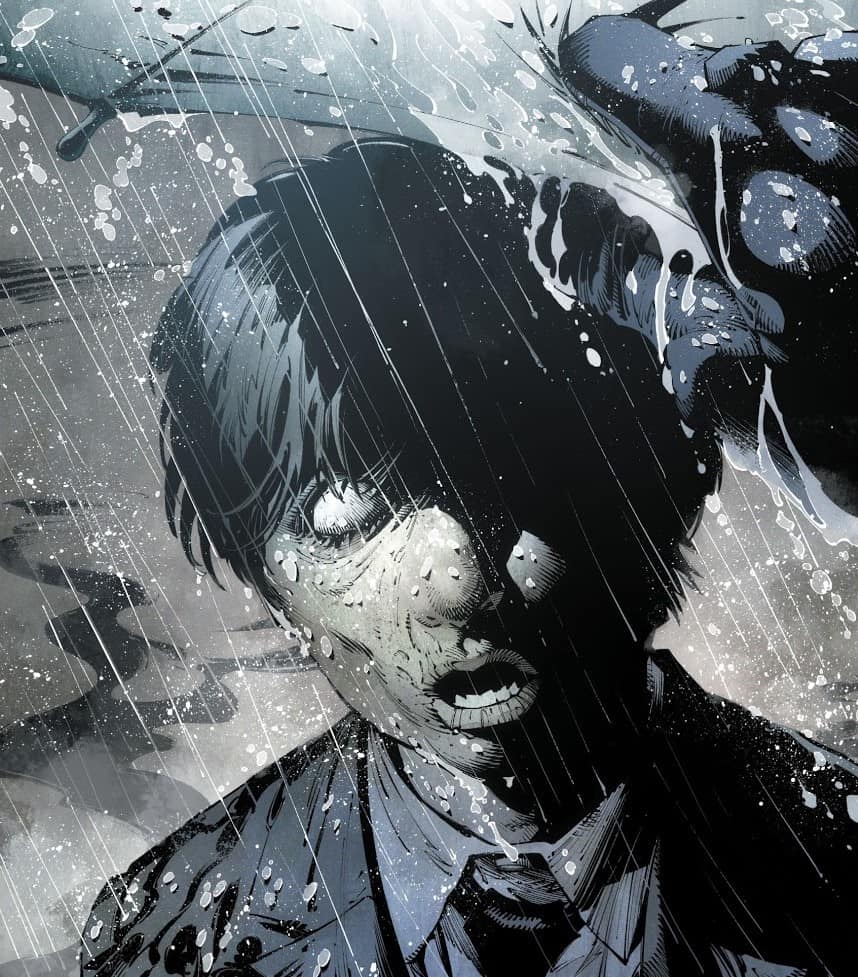 When he escapes he finds himself in a post-apocalyptic world where the Justice League is no more, the heroes are no more, killed by…well, I don’t want to spoil that here.  Batman is taken in by Wonder Woman who explains what happened in the past several years but also explains her plan to take the last of civilization to live in Hades and hide away in there forever. 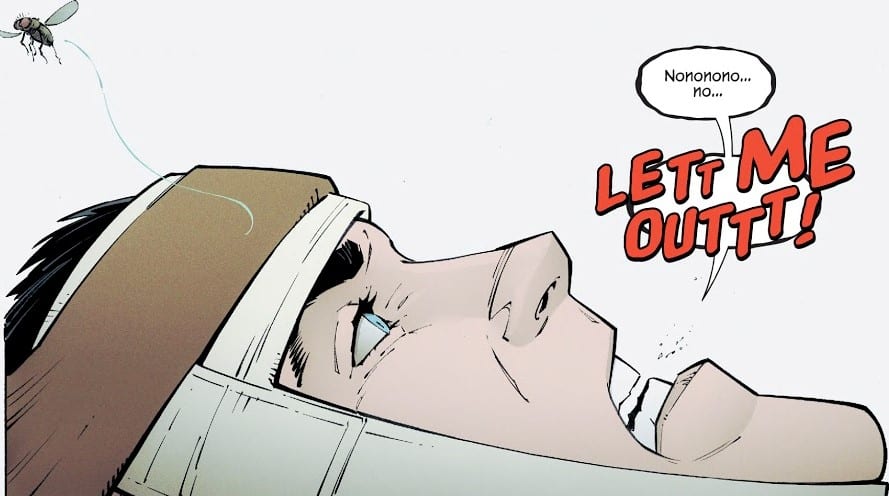 Batman, however, isn’t satisfied with running.  So he takes the Joker head in a jar (yes…seriously) and sets off through the wasteland of the world. 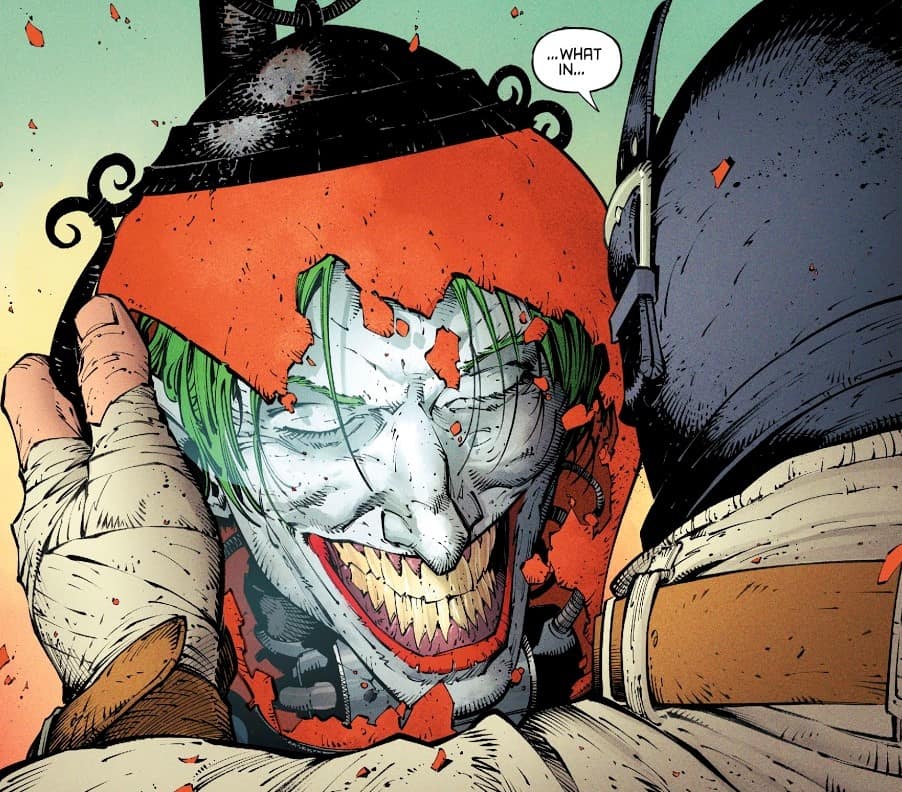 When I first read this, my first thought…was “wow”.  My second thought was also “wow”.  Even now, as I type this review, my thoughts whirling around mostly are “wow”.

I know, I know…we all get a little tired of these post-apocalyptic futures but just as Snyder has done something amazing with a tired trope in the future over in Justice League, he has once again given us something new to look at.  Because ultimately, while the biggest question that first comes to mind is of course going to be “what happened”, this story is all about a single man.  Not the apocalypse, but rather what happens when a man who has been torn down so much by the world and yet still refuses to give up hope wakes up one morning and finds that the world fell apart without him.

And he’s just as stubborn as ever!

Every single chapter in this book is amazing to look at.  Snyder’s storytelling is masterful, Capullo’s art is breathtaking, Glapion’s inks are moody and perfect, and Plascencia’s colors are…well…they make the book.  The grays of Batman’s last fall to the overwhelming bright whites of the psychiatric hospital to the shadows as Alfred finally has to reveal to Batman what happened, the colors in every single scene set the mood so perfectly.

I think I pretty much held my breath from the start as Batman springs the trap that was perfectly set for him and only him.  I eagerly turned the pages hoping to find out if Batman was really a nutcase or if it was all a deception.  I stared in disbelief as the giant green babies (it’s actually not as silly as it sounds) attacked Batman who was still trying to figure out what the hell happened. 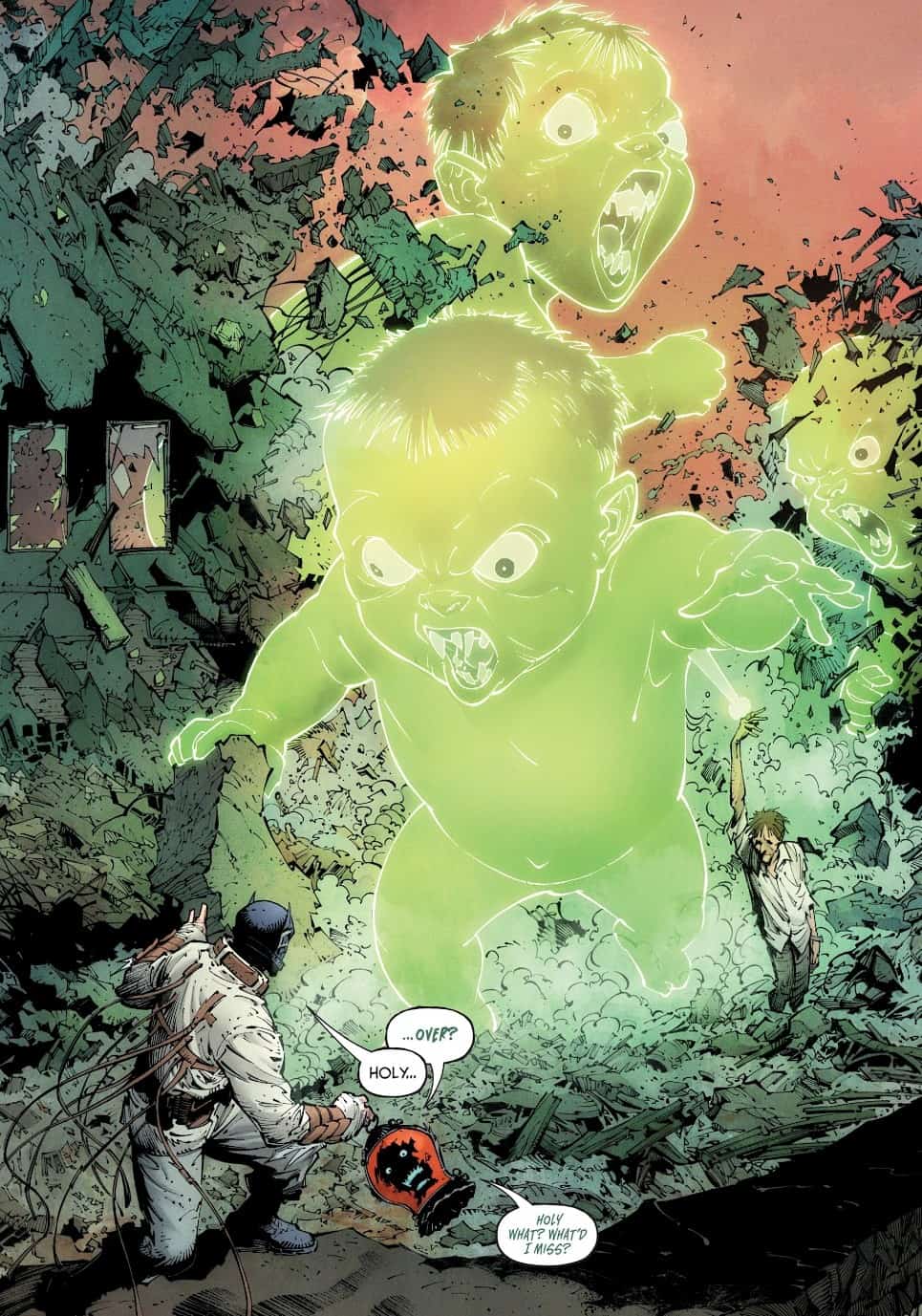 So when I say this is the last Batman story you’ll ever need, I don’t mean that as a bad thing.  I don’t mean it’s the last one you’ll ever want to read.  But this issue kicks off the culmination of years of Snyder and Capullo’s work on Batman.  If you are a Batman fan, you absolutely need to read this book.  And you may not feel that way ever again.

If you’re not a Batman fan?  Read it anyways, because damn is it good!

This may be one of the best comics I have read.  Ever.  That’s not hyperbole.  Rarely have I ever been so amazed at the perfect collaboration between writer, artist, inker and colorist.  Every panel leaves you wanting more.  There is literally nothing wrong with this book except for maybe the fact that certain scenes will make more sense if you’ve already read the new 52 Batman.  Which you should have by now.