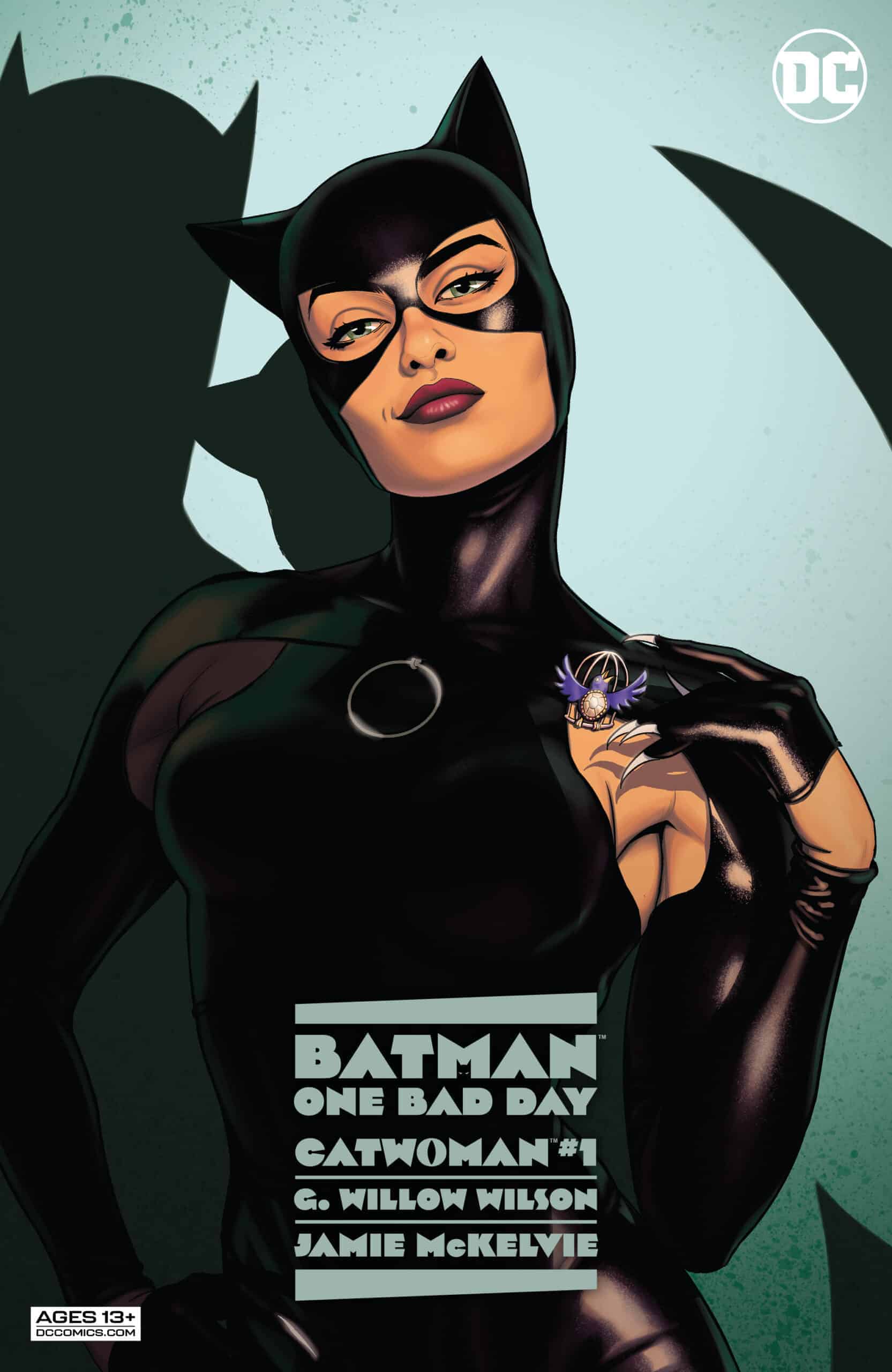 Selina Kyle, a.k.a. Catwoman, is the greatest thief that Gotham City has ever seen. She's effortlessly stolen countless items of immense value over the years and successfully evaded the GCPD and Batman. But when Catwoman finds out an item from her past is being sold for way more than it used to be worth, it sends Catwoman into a spiral, and she'll do everything in her power to steal it back. Batman tries to stop her before she goes too far, and a mysterious figure known as the Forger will change Catwoman's life forever.

Like the previous entries in DC’s Batman: One Bad Day anthology series, Batman: One Bad Day: Catwoman follows one of Batman’s rogues over the course of a day, who in this case is also his long-term love interest, Selina Kyle. In Batman: One Bad Day: Catwoman, the titular heroine goes in search of a lost – and very expensive – family heirloom, makes a fascinating new frenemy, and learns cats don’t always land on their feet. Writer G. Willow Wilson’s narrative hits on a number of classic heist tropes like stealing from an auction house and crawling through comically huge air ducts, but just below the surface is an eviscerating exploration of capitalism’s human cost. Readers familiar with Jamie McKelvie’s bold, crisp, and stylish artwork from series like The Wicked + The Divine will be unsurprised to hear that he’s a terrific fit for a Catwoman comic. McKelvie’s art amplifies the heartbreaking moments of Wilson’s script, but also creates a sustained sense of movement through scenes. This sense of movement includes moments that don’t always make Selina likable, e.g. when she’s doing her best to ignore the abuse of protestors by riot police. Wilson and McKelvie don’t try to make Selina a saint (though given her hubris and tragedy, it’s possible they make her a bit of an ancient Greek hero). Instead, they pull readers into her childhood struggles with poverty and show how that systemic injustice has informed her present. It would be easy to overemphasize the comic’s tragic turns, but One Bad Day: Catwoman also has a couple of delightful action scenes and a surprising amount of visual humor. (There’s also something very charming about McKelvie’s choice to give Catwoman “hip dips” – a natural anatomical feature that women are often taught is undesirable and unnatural.) 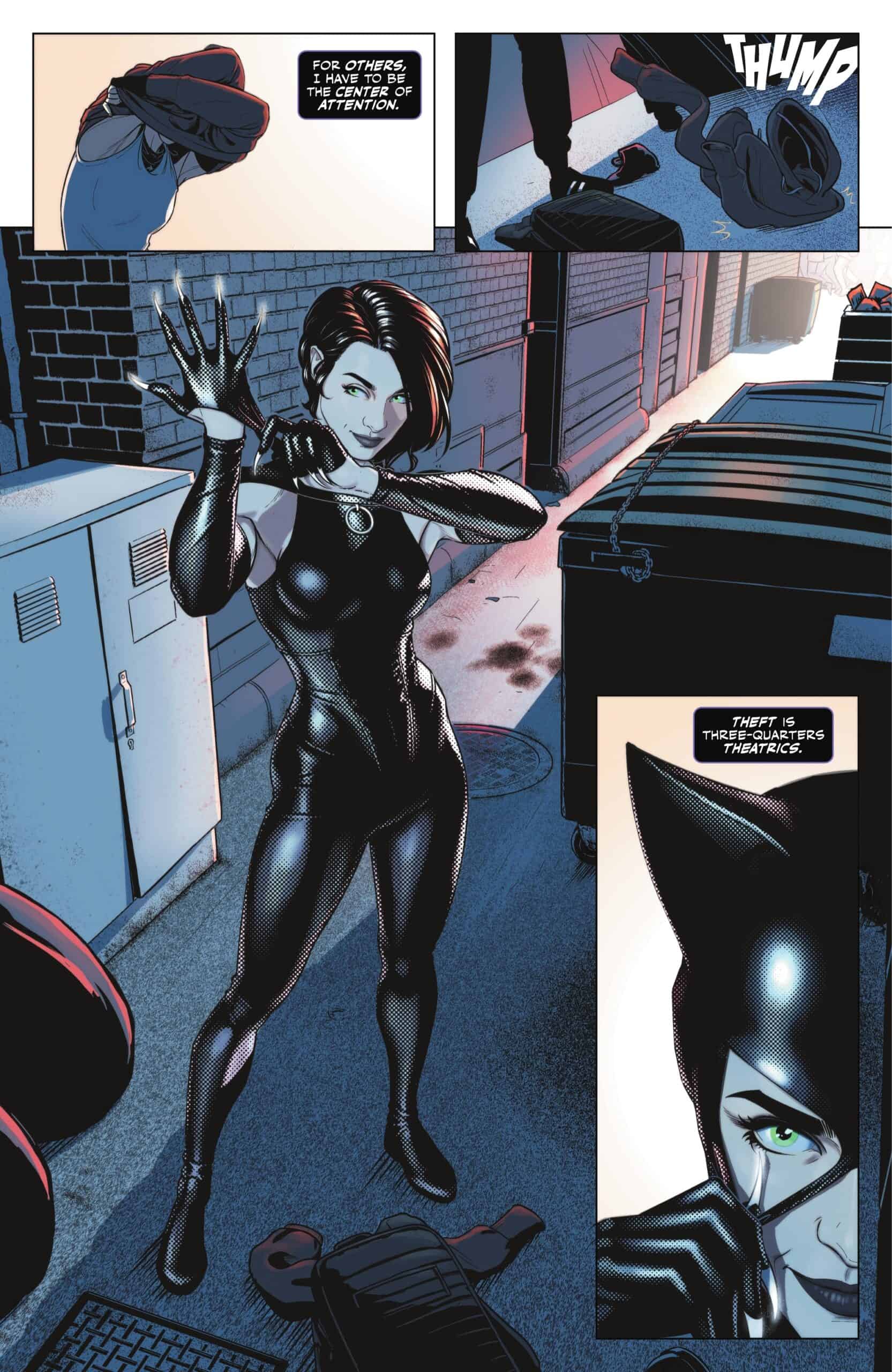 Batman: One Bad Day rather obviously takes its title from DC’s landmark graphic novel Batman: The Killing Joke, in which Joker tries to convince Batman that “all it takes is one bad day to reduce the sanest man alive to lunacy. That’s how far the world is from where I am. Just one bad day.” It’s not altogether clear how much DC intended for this anthology series to be informed by The Killing Joke in terms of theme or structure, but One Bad Day: Catwoman shares refreshingly little beyond the fact that it takes place over the course of an unpleasant day (for Batman, one of his rogues, or some third party). Unlike The Killing Joke, this comic’s conclusion is startlingly hopeful, showing the way “one bad day” can be a chance to change, learn, grow, and move on.

A heart-wrenching story in a slick and stylish package, Batman: Catwoman: One Bad Day is surely an instant Catwoman classic.