Batman: One Dark Knight #1: JOCK is Fully Fluent in BAT 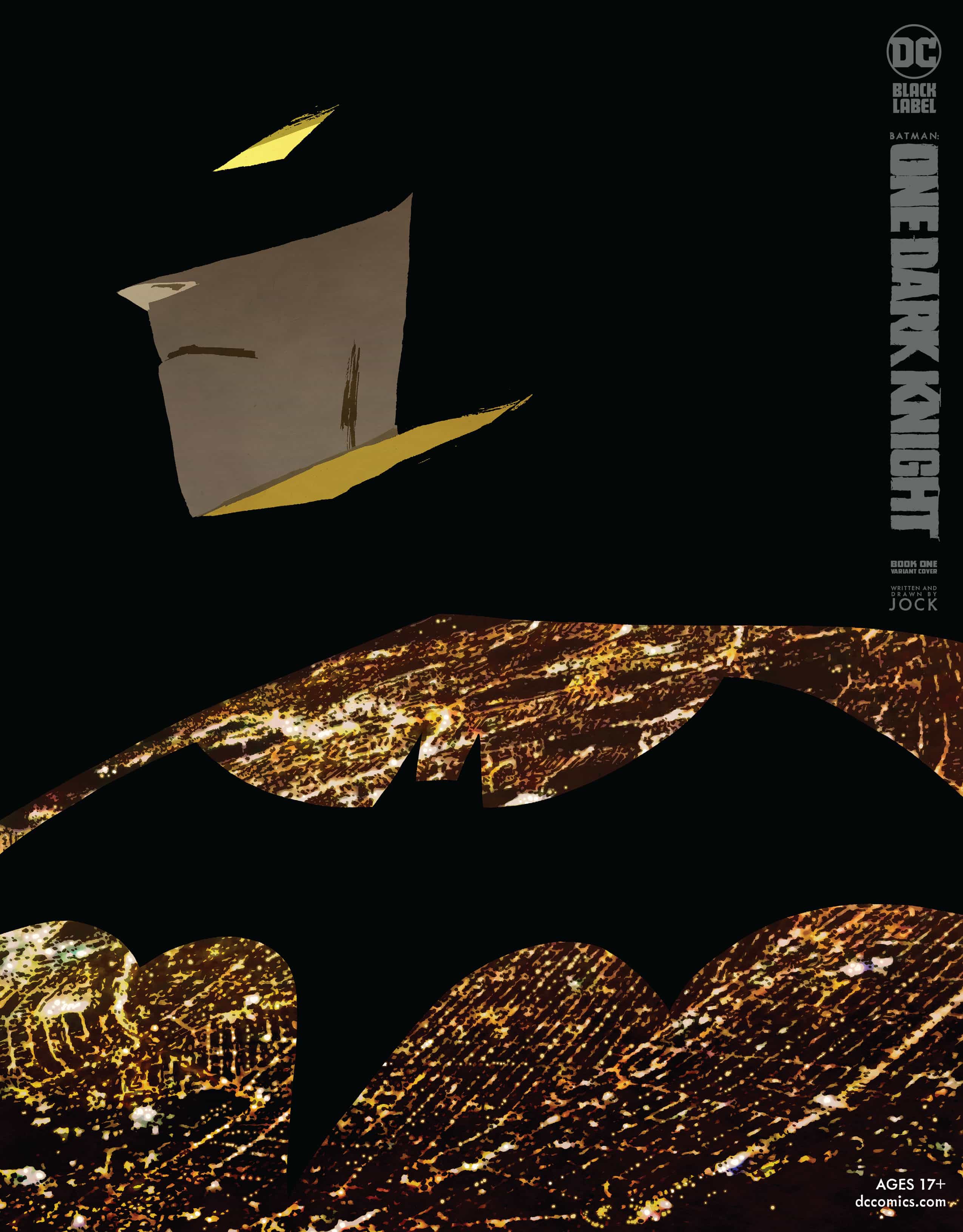 Soaring above Gotham, Batman monitors the ill-conceived prisoner transfer of a very powerful metahuman: Edward M Pressler, a.k.a. “E.M.P.”, must be kept sedated or his ambient-energy absorbing powers could plunge the city into darkness; unfortunately, chaos seethes upon the waiting streets, eager to claim this perilous prize as its own. 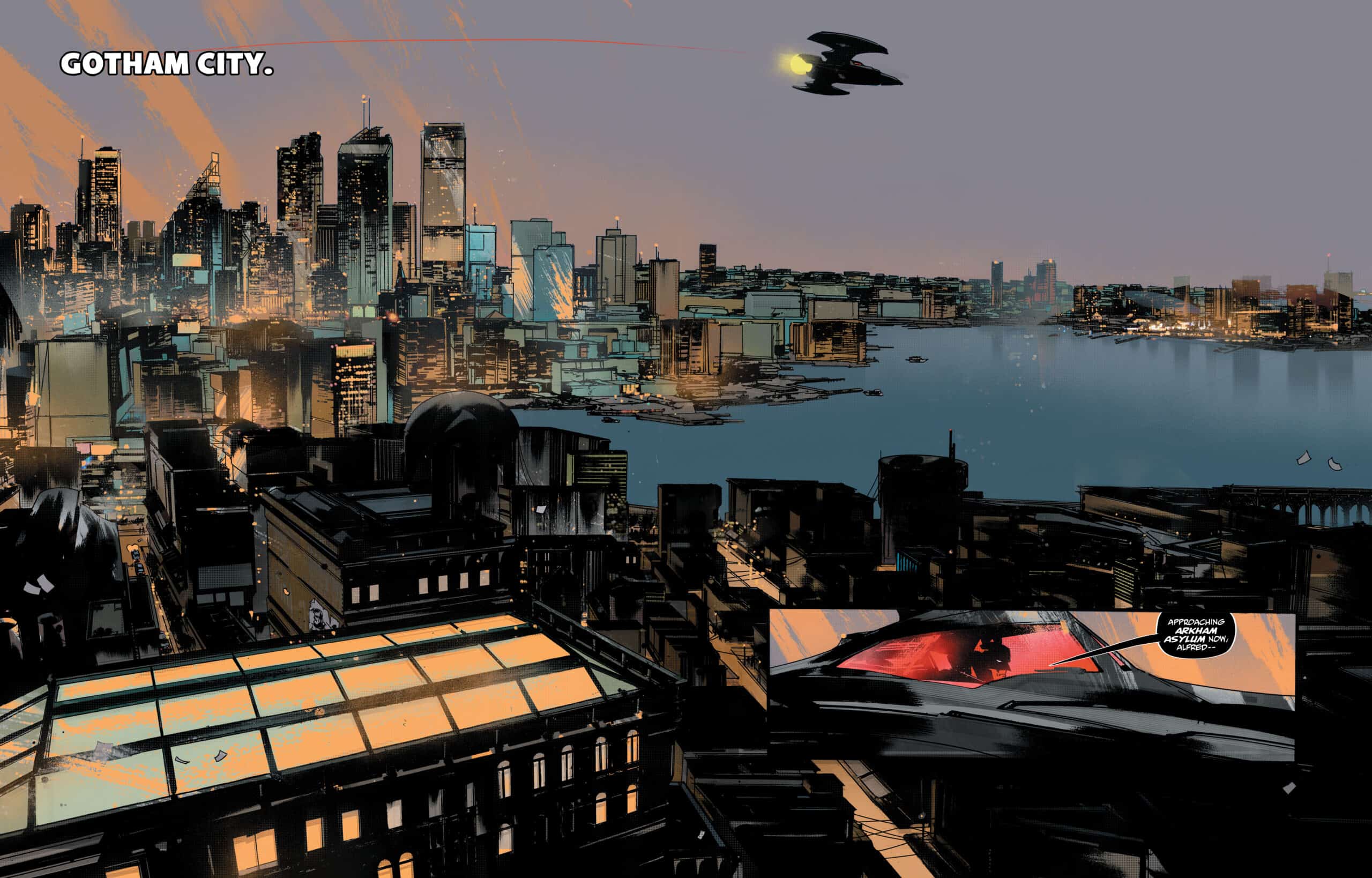 Master artist Jock (Mark Simpson) returns to the unhallowed streets of Gotham, this time to pen, as well as ink their lengthy shadows. As I turned the pages, I was met with the living, familiar, and heat-ridden megopolis I had hoped I would find. The familiar faces, names and places mapped out in a sinewy, fluid art style that satiated my great Bat-book cravings like a salty, buttery ribeye. There’s danger everywhere, with Batman and Alfred running a mission in-tandem as they always have, and always will.

Rita Vasquez is the head of the Prison Bureau of Gotham City, and she has been charged with transferring Edward M. Pressler (E.M.P.) from Arkham Asylum to a state-of-the-art holding facility in Blackgate Prison. Though Bats and Alfred are monitoring things both from the Cave and the air, somehow the convoy’s itinerary was leaked to Gotham’s criminal element, with varying factions wanting E.M.P. alive (presumably to take advantage of his power or to dispose of him personally) or dead (for crimes he supposedly committed 5 years earlier). The convoy is attacked and Batman, Vasques and Gordon must leap into the fray to keep the Gotham cauldron from boiling over.

This is a boots-on-the-ground, adrenaline-packed Batman story that is more adventure than mystery (though a few of the latter are alluded to), with a ticking time bomb pushing the action and many street-level players (some very well equipped) stirring the pot. Immediately the reader is asked to buckle in, and the pace never lets up. All of the story elements are juggled perfectly and the art is masterful. Once you’re done you’ll say “What, already?!” and wish it was a bi-monthly book, but also be grateful to the stingy gods of quality that it isn’t.

Batman: One Dark Knight #1 is pure pleasure to look at. Jock knows and loves everything Batman and it shows. It truly feels effortless, like he’s been writing Batman books forever; Jock is fully fluent in BAT.

Batman: One Dark Knight #1: JOCK is Fully Fluent in BAT