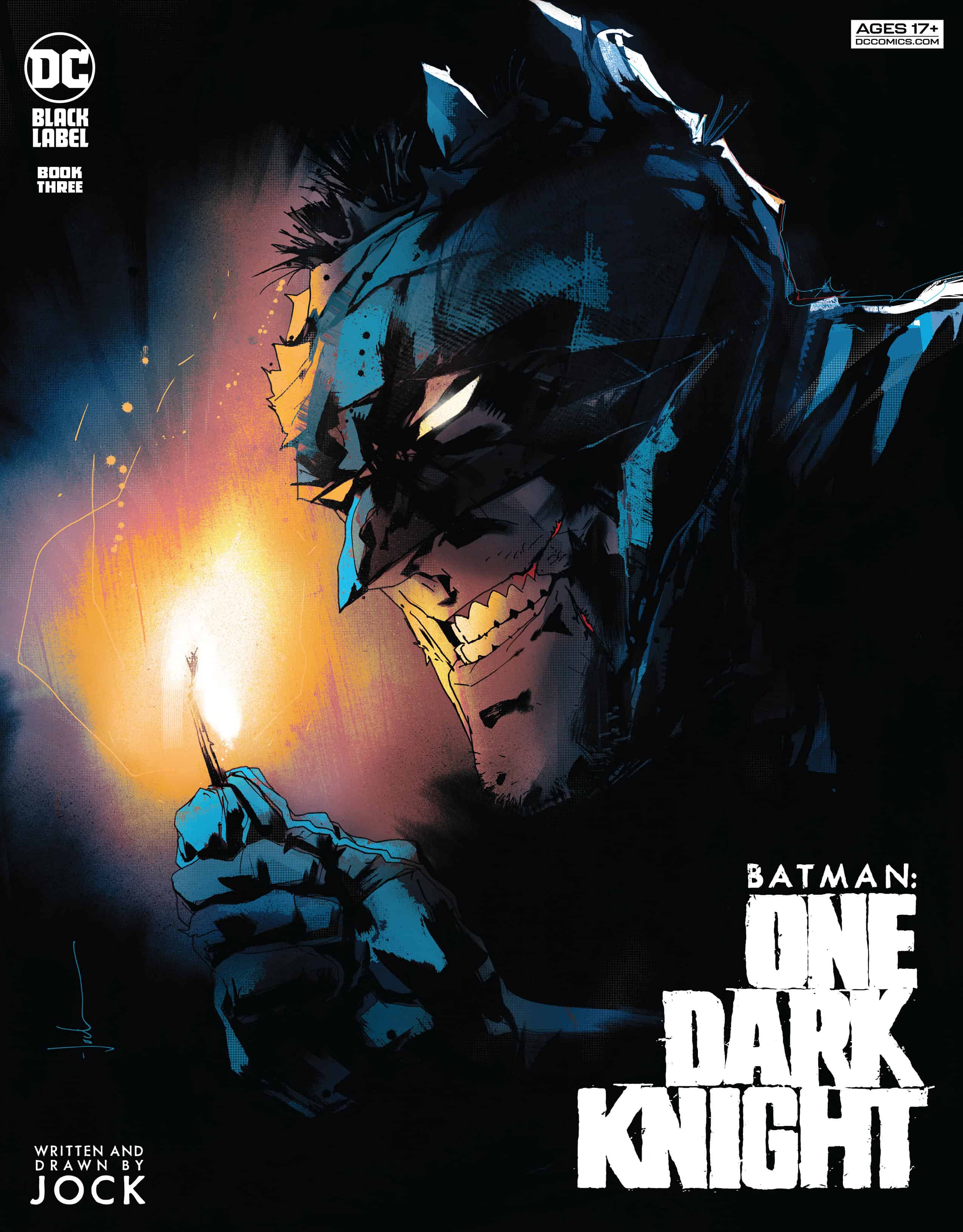 From the sewers under Gotham to the roiling waters of the harbor, Batman’s march toward Blackgate Prison is nearing its end…but far from being a passive prisoner, E.M.P. has his own mission to fulfill-and there’s no way he’s letting the Dark Knight stop him from carrying it out!

The premise of Batman: One Dark Knight is simple: a simple escort mission goes wrong and Batman needs to save the day while facing a ticking timebomb. In this case, the bomb is the prisoner E.M.P, a man with the uncontrollable power of an E.M.P. bomb. What makes this three-issue series so engaging is the determination Batman has to get E.M.P. to Blackgate safely. Unlike other “villains,” E.M.P. wants the same thing, but the city’s numerous gangs have other ideas. Batman: One Dark Knight #3 is an excellent conclusion to the series and shows the potential of using the DC Black Label imprint to tell engaging stories closer to the creative team’s vision. Jock and Clem Robins have created something special.

Something I appreciate about the series and the incredible work that Jock did, is that we physically see the progression of this one dark night. We are shown progression through maps as Batman makes his way to Blackgate, meters measuring how close E.M.P. is to exploding, and Batman’s physical appearance as his body and suit are put through the wringer. We’ve seen Batman take a beating, but this was one of the few times in recent years that I thought, “he’s not looking too good.” After an encounter with Killer Croc in the sewers, Batman must use fabric from some of his suit to tie around his face, either to hold the mask up or to cover a wound. Its little details like these that stuck out to me.

I think readers aren’t sure what DC Black Label is. Is it for more mature content like the defunct Vertigo? Is it a label for mostly Bat-books? Is it an imprint for more prestige quality printing? The answer could be yes to all of those, but lately, I think DC Black Label is finding its footing by giving creative teams the freedom and format to tell these engaging, well-executed stories. In fact, with constant events and a new crisis underway, it can be intimidating to jump into a series for a great Batman story. If you want to read a great-looking Batman book without worrying about the rest of the universe, this is the book for you.

BATMAN: ONE DARK KNIGHT #3 completes an ambitious and engaging series that every Batman fan should read immediately if they haven’t already! It already feels like a classic.