Batman Secret Files #2: That Old Gang of Mine 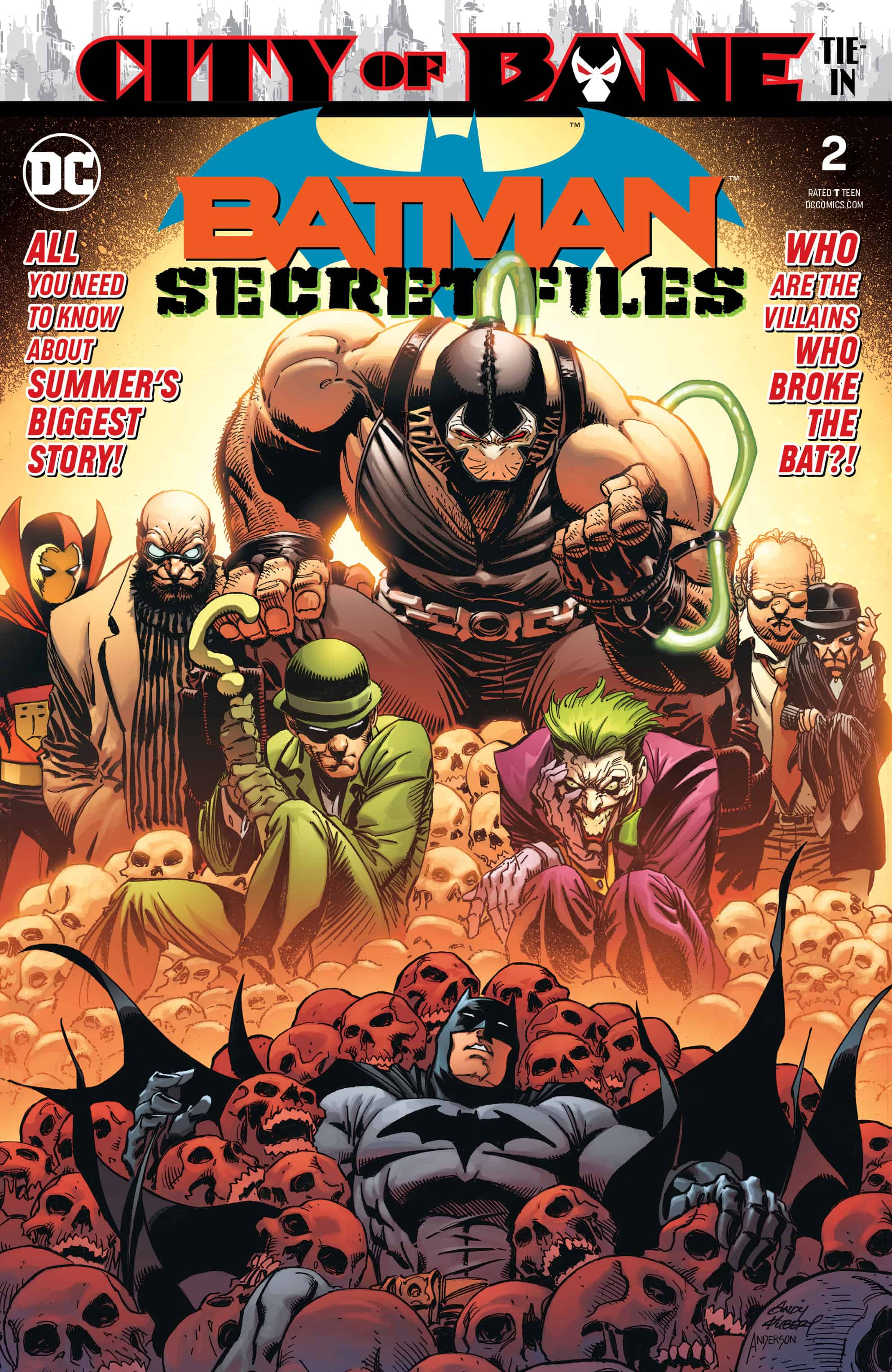 Five tales from Gotham spotlight some of Batman's most fearsome foes in this "City of Bane" tie-in. Each story stands alone, and is connected only by virtue of highlighting a villainous player from "CoB." First up is the Joker, who has Batman at his mercy and decides it's time to see what makes the Dark Knight's suit tick... before he uses it to beat our hero to death. 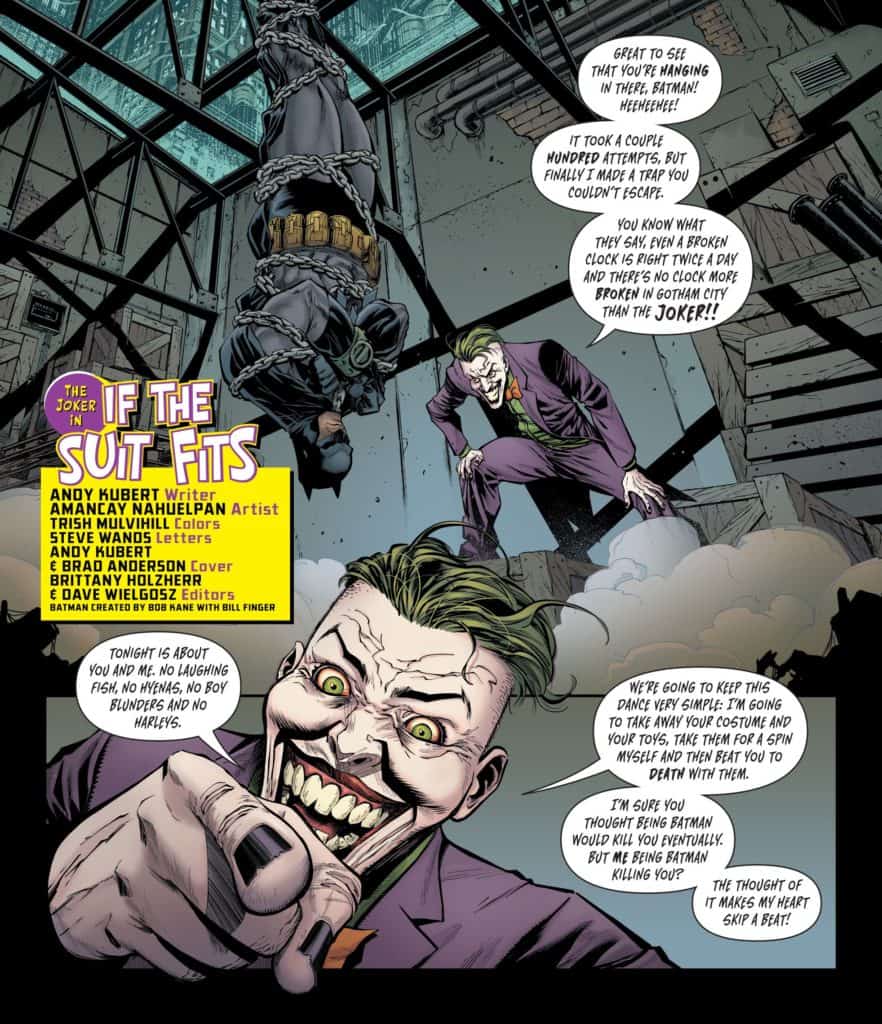 Next up is the Psycho-Pirate, in full cult leader mode.

Followed by the Riddler's latest cunning ploy to outwit Batman. 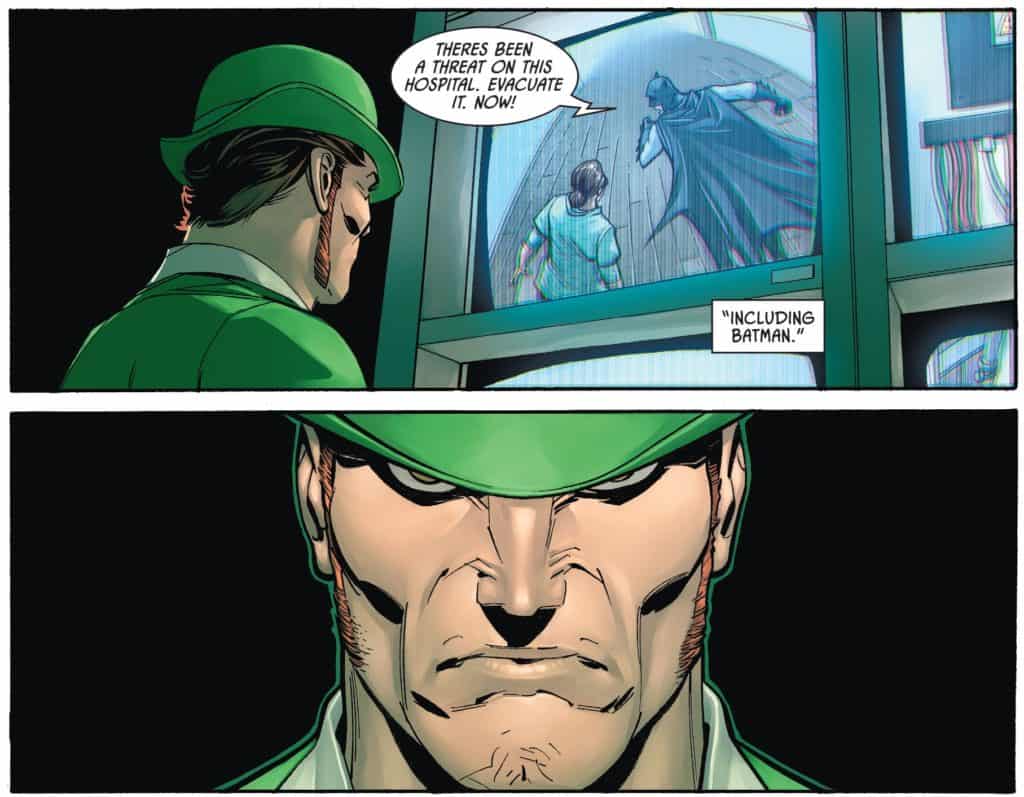 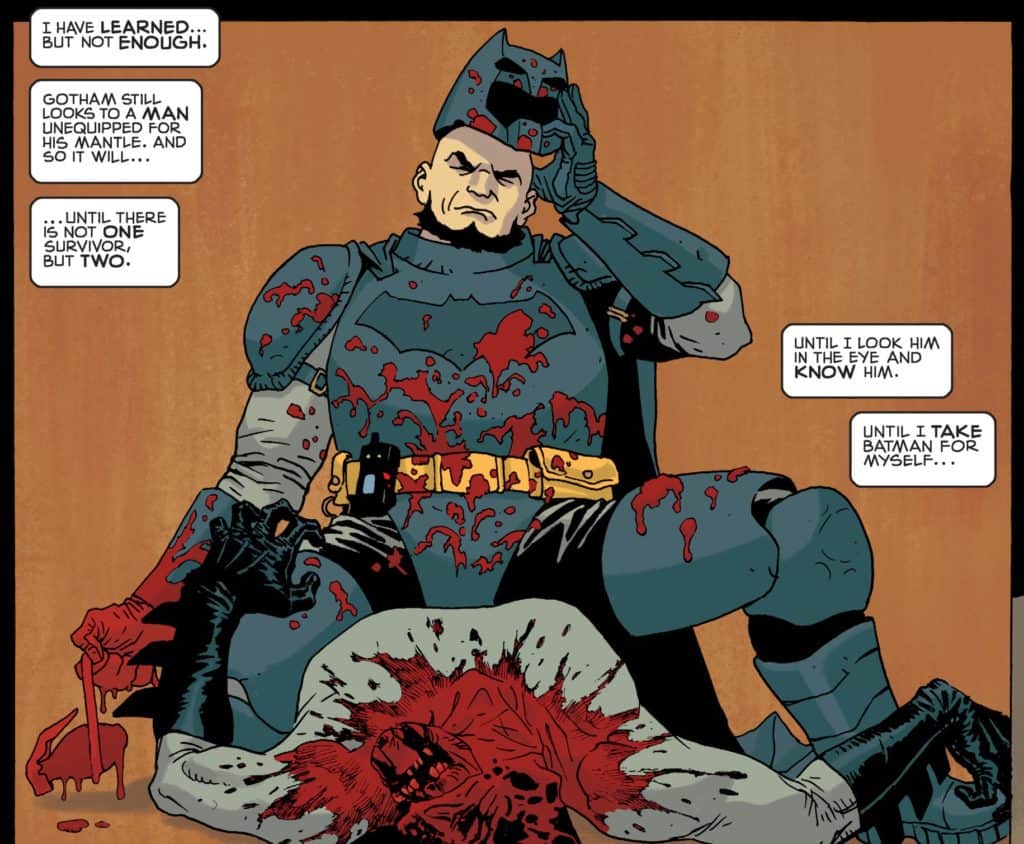 And lastly, a ghost from Bane's past returns, with mixed results. 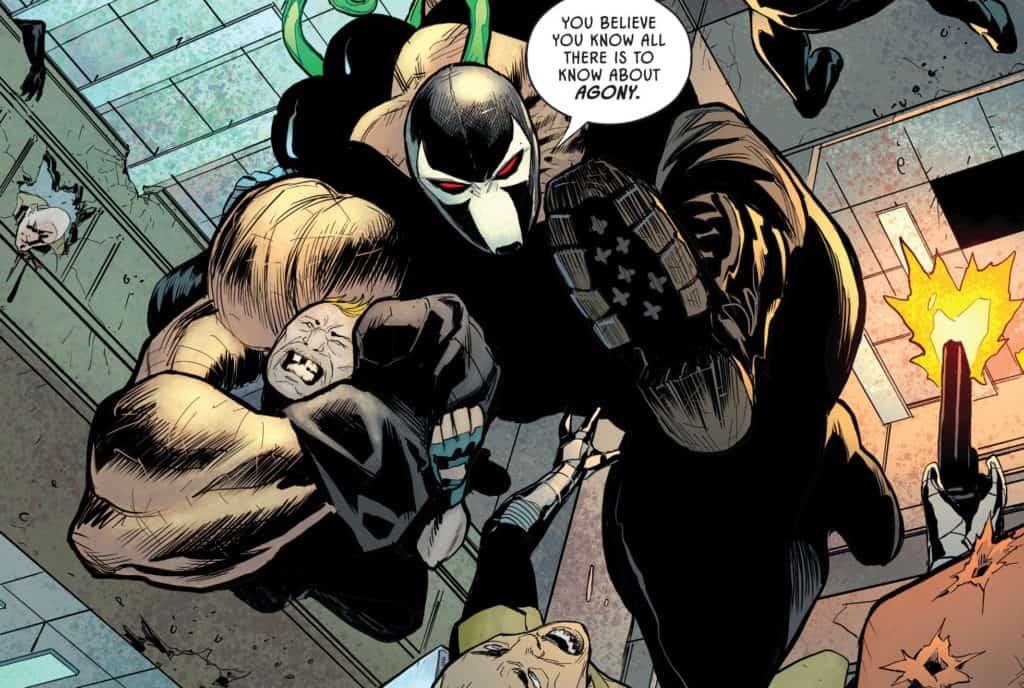 Let me be as up front and honest as I can be with this review: Batman Secret Files #2 ONLY exists to milk “City of Bane,” and consequently readers’ wallets, for all they’re worth. We’ve seen this type of tactic from the Big 2 plenty of times (though DC typically shows more restraint than its Marvelous competitor): Release a big story, then throw as many tie-ins, miniseries, and one-shots as possible into the mix to bilk the story as much as possible. This sort of thing isn’t uncommon, unfortunately. It’s the age of comics we live in.

That said, this isn’t a bad little comic by any means.

It certainly feels superfluous, even with some very solid creative talent in the mix. Nothing is accomplished here that fleshes out any aspect of “City of Bane.” It’s just stories featuring some of that story’s villains. It doesn’t add anything to any of them. It’s some fun little stories. But sometimes, that’s okay! Not everything needs to be end-of-the-multiverse big. So how did these quickie tales fare, you might ask?

The Joker tale is fun, but repetitive. Andy Kubert has occasionally tried to break into writing with mixed results; I think this story does a good job of explaining why: there’s just no meat on the bone, and really, the Joker repeatedly trying to remove Batman’s costume while meeting with various electrical shocks, bombs, et cetera is only worth a chuckle the first time. Each subsequent attempt is just beating a dead horse. The story’s saving grace is the awesome art by Amancay Nahuelpan. His style actually reminds me a bit of Andy’s, but with a smoother line that more closely resembles Clay Mann’s art work.

The Psycho-Pirate story is the weakest of the bunch, if only because there’s even less to it than the Joker story: Psycho-Pirate forces the inmates of an asylum to feel happy all the time, and Batman, disguised as one of them, puts a stop to it. Meh. This is pretty much the plot of every non-Morrison Psycho-Pirate story every written, and lackluster art from Carlos D’Anda doesn’t help its case.

By contrast, Mairghread Scott and Giuseppe Camuncoli’s Riddler story is a lot of fun. The Riddler is one of those characters who’s only as smart as the person writing him, but it’s clear Scott really thought this story out, even though she only had a meager amount of pages to work with. I wish Camuncoli’s art had been up to the task of adequately representing it; it’s serviceable, but that’s about it.

Writer Steve Orlando and uber-artist extraordinaire Eduardo Risso choose a different approach to their Hugo Strange story. It focuses on five men stuck in various death traps, each of which supposedly represents a different aspect of Batman’s psyche. If they fail their “test,” they die. As the inevitable happens, Risso whips out that old 100 Bullets magic to ratchet up the tension, leaving the reader to wonder who – if anyone – will survive. Strange himself doesn’t appear until the finale, but his shadow looms over the entire affair. It’s easily the best story of the bunch.

Lastly, in Tim Seeley and Patrick Gleason’s Bane tale, a reporter who once interviewed Bane as a young prisoner in Santa Prisca has been kidnapped by a violent gang, and Bane mows through them to come to his aid… maybe. The story does a good job with the bait-and-switch here as to what Bane’s true motivations are, and although some might find it a predictable turn, Seeley still sells it well. Gleason’s self-inked art takes a much darker turn than we’re accustomed to seeing from him – and is well-suited to the story. I’d like to see more from him like this in the future.

Though not a necessary addition to anyone's collection, Batman Secret Files #2 manages to squeeze some hidden gems out of its format, and while there's certainly some stories that are weaker than others, no one is out-and-out awful. At the end of the day, it isn't essential reading both in and of itself or as a marketing tie-in to "City of Bane," but by the same turn you won't regret reading it.

Batman Secret Files #2: That Old Gang of Mine