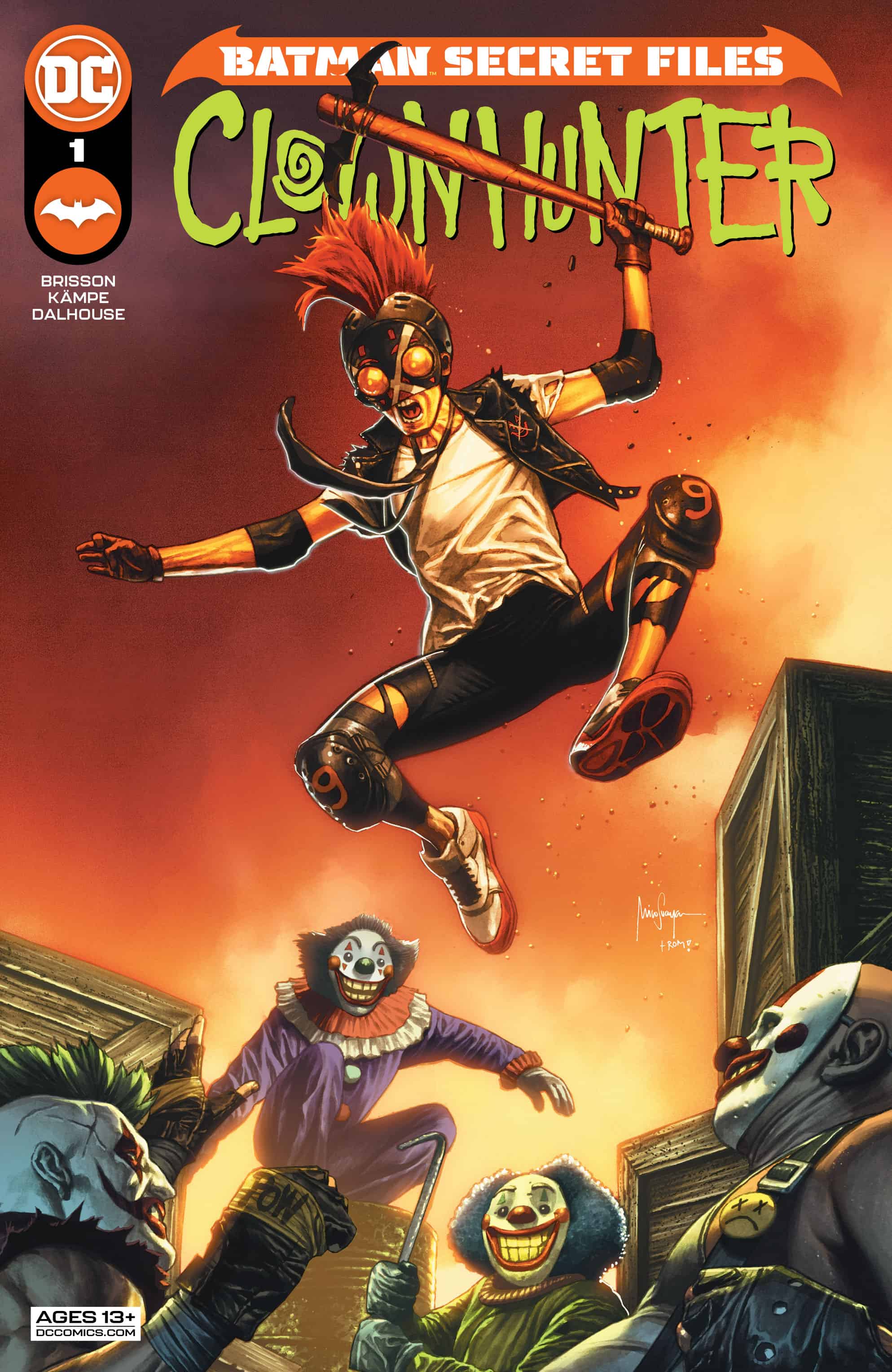 Clownhunter’s brutal mission to hunt down all the clowns from "The Joker War" continues! The untrained but focused vigilante stalks a boss-level clown, but his luck might be running out as he walks into an ambush set by Punchline! In a horrific parallel to his days at Gotham Academy, Clownhunter finds himself overwhelmed and outgunned...just the type of odds he likes! 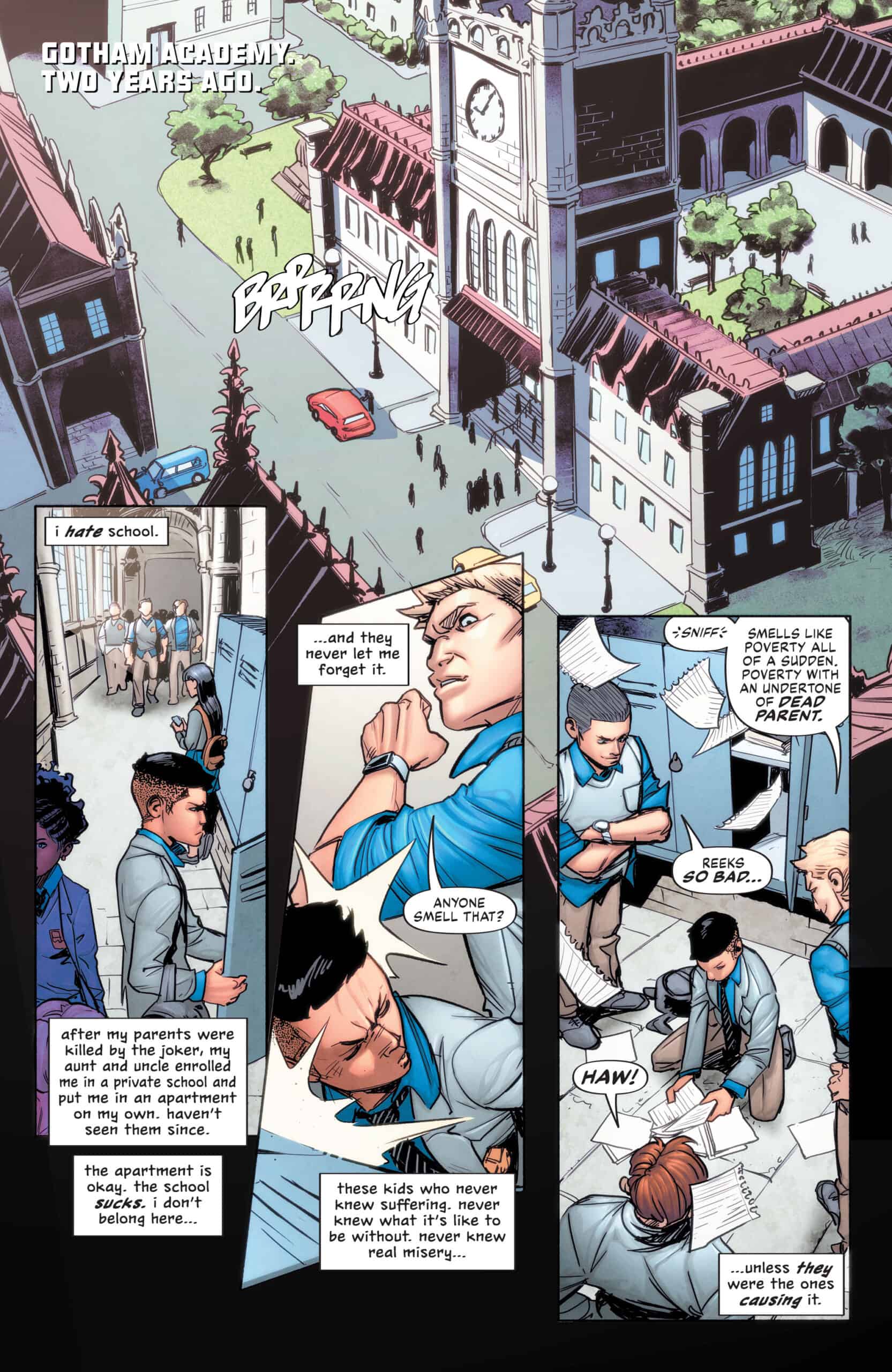 Finally freed from the restraints of back-up stories and minor appearances, Clownhunter steps into the spotlight in this extra-sized one-shot. And the result is exactly what one could expect from possibly the coolest addition to the Bat-verse in decades – an absolutely exceptional issue. Ed Brisson’s first entry into the DC canon in years (he scripted a few issues of Batman and Robin Eternal) is rich with promise as the writer brings his trademarked low-key humor and deep character work that has made him a fan-favorite at Marvel. Clownhunter’s origin and mental state get fleshed out here quite a bit as we bounce back and forth between his school days and the present in a mirroring narrative that plays out perfectly. By the end of the story, an entirely new chapter for the character is opened up thanks to a surprise appearance from another member of the Bat-family and an intriguing offer. 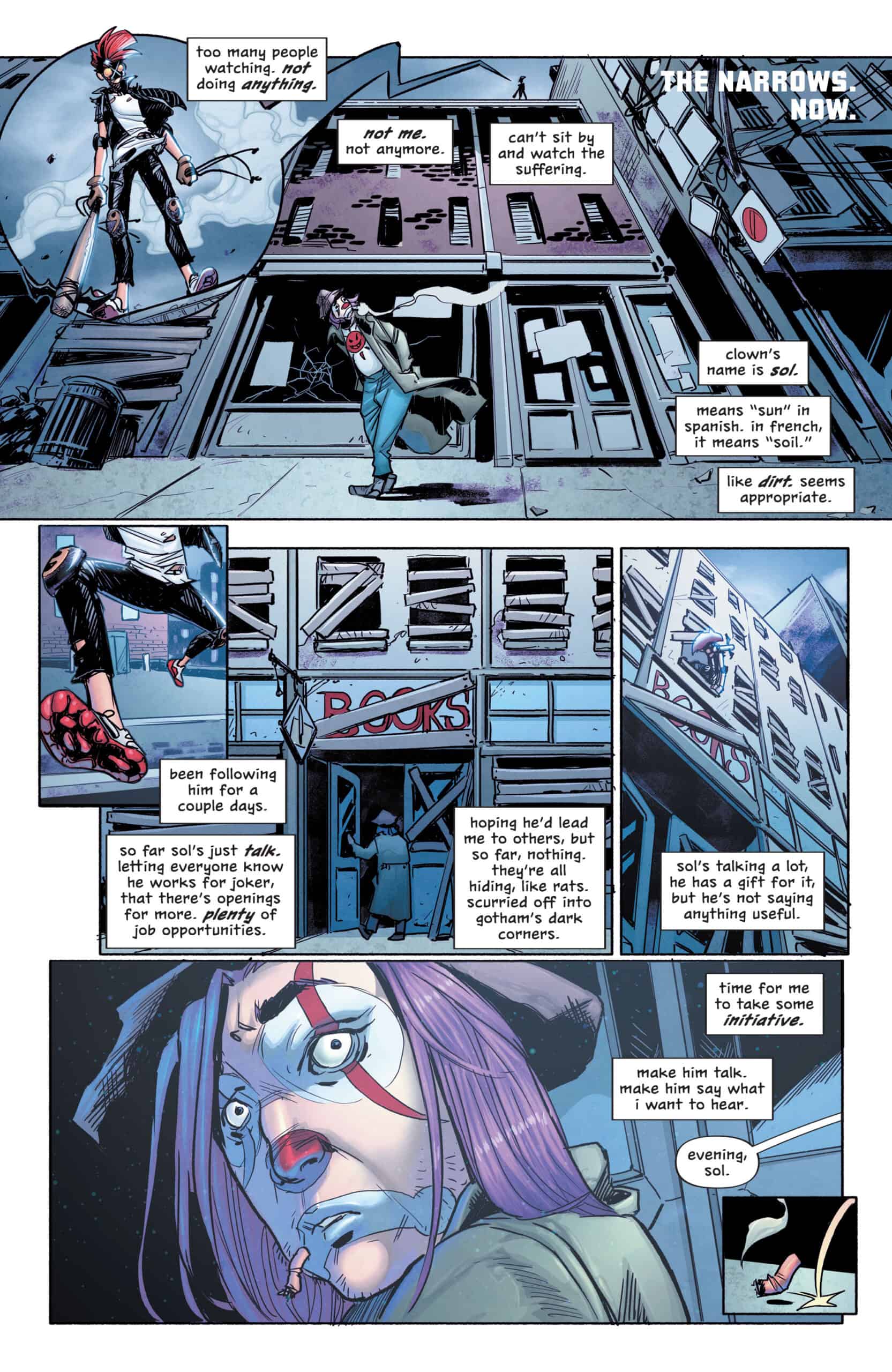 Artistically speaking, the design for this character by co-creator Jorge Jiminez is  thing of beauty and the team of Kampe and Dalhouse stay true to that vision. Part of the beauty of this character is that he is frequently drawn with extremely clean, almost cartoonish lines and bright color palattes, a stark contrast to many characters on the grittier side of comics. The ability to resist the natural inclination to darken the character takes restraint and the art team knocks it out of the park with this issue.

Also worth noting that this is (I believe) the first time a letterer other than Clayton Cowles has letterer Clownhunter. Simon Bowland takes the reigns with this issue and keeps the font and lower-case lettering that I would argue is integral to the character design. Is there anything more telling than somebody who refers to themselves as a lower-case “i” in their interior monologue? I was happy to see that this flourish was kept intact. Hopefully this team will return for a longer treatise on the character in the near future.

Batman Secret Files: Clownhunter #1 is a work of art, finally putting the spotlight onto the most interesting fresh face in Gotham we've seen in decades!