Batman/Superman #1: Who Can You Trust? 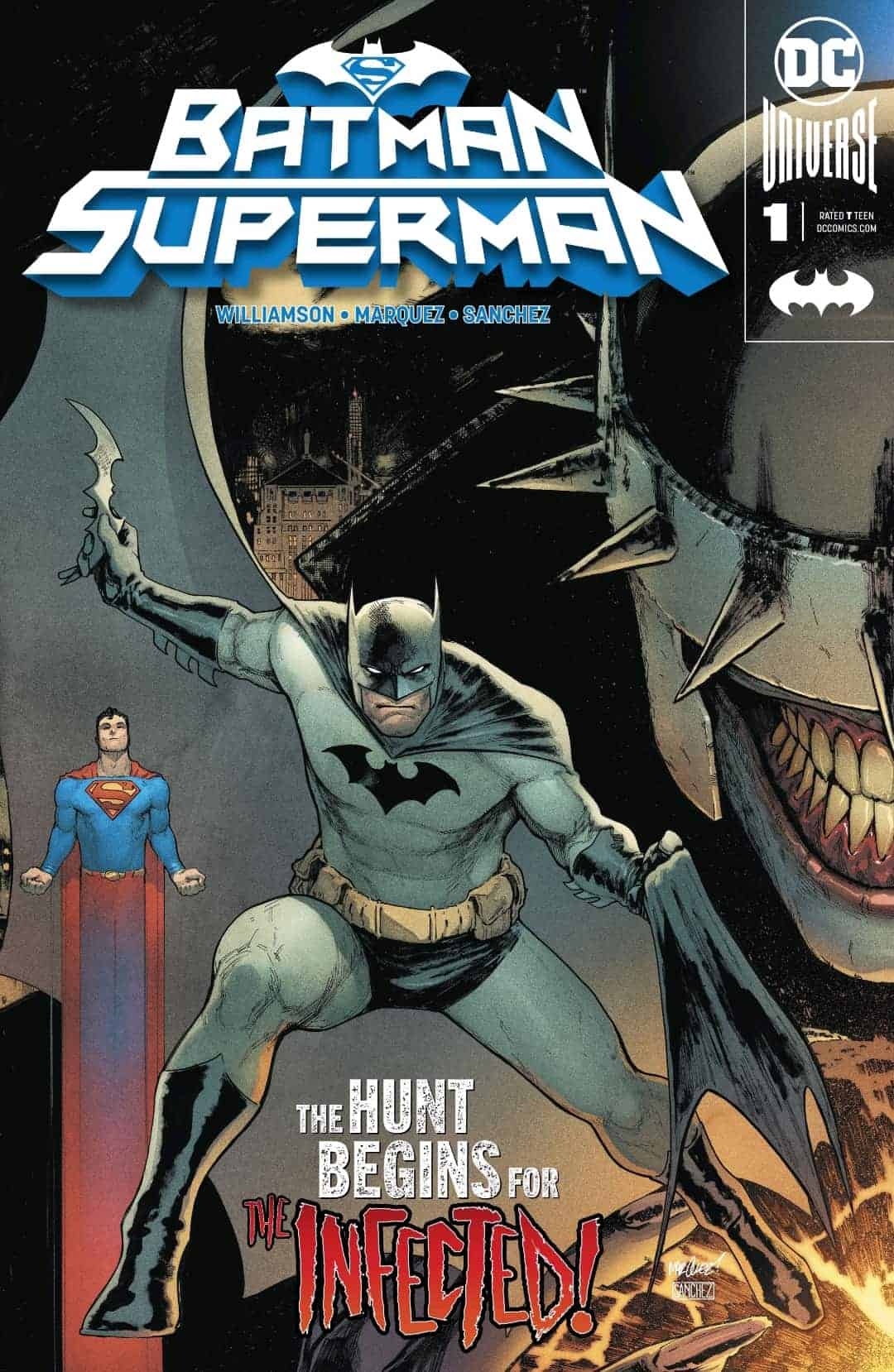 After Batman meddles in forces beyond his understanding, he unleashes one of the greatest threats that the DC Universe has ever faced: himself. The Batman Who Laughs is the darkest possible reflection of our favorite Dark Knight and he tried to corrupt all of Gotham into becoming like him. Even after his defeat and imprisonment in his own mini-series, The Batman Who Laughs reach still extends far and wide into the DC Universe and there’s only two men that can stop his machinations - Batman and Superman. 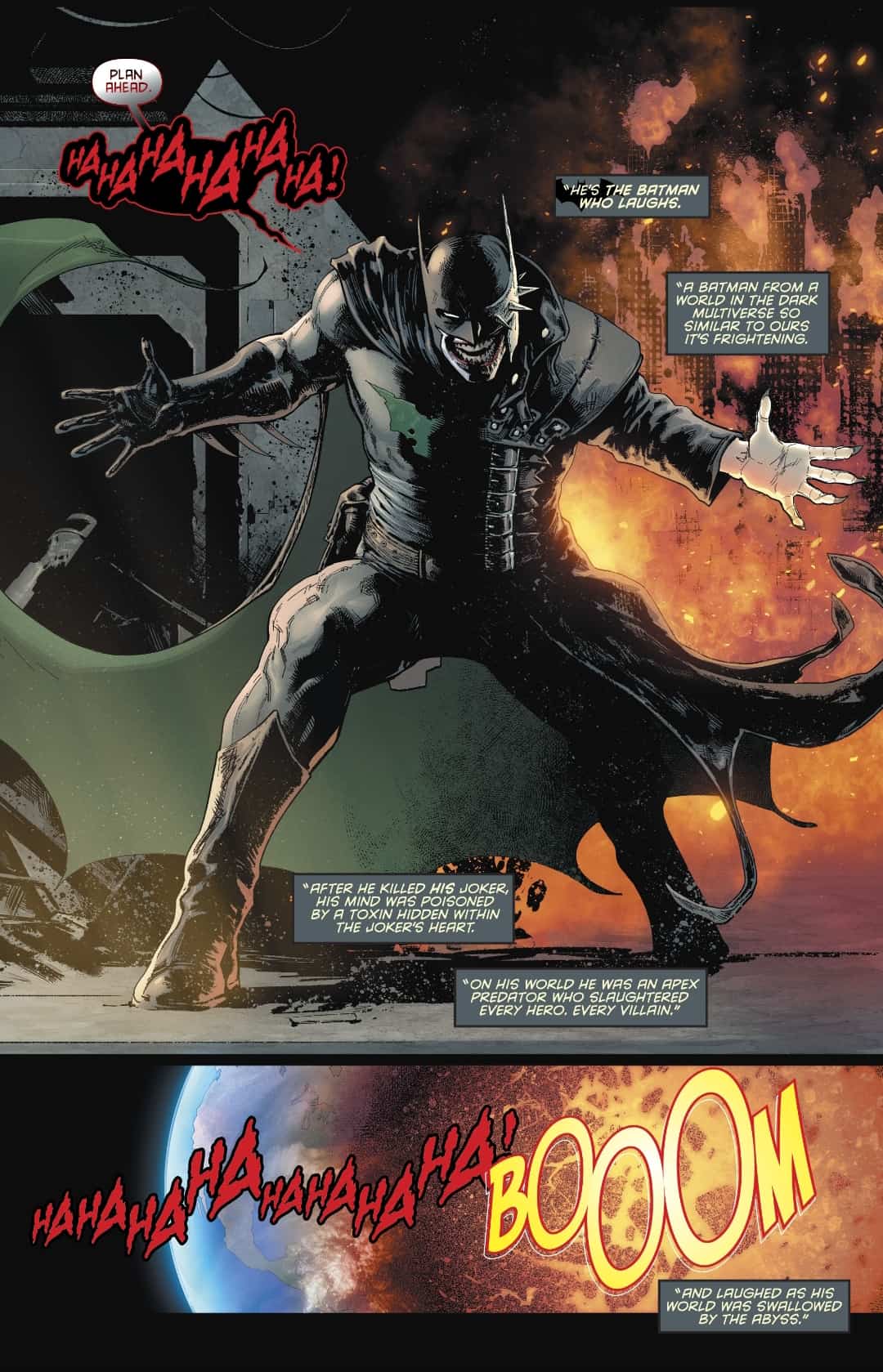 Like previous Batman/Superman series, this book focused heavily on the opposing dichotomies of the two titular heroes. Superman is painted as the far more hopeful and helpful hero and Batman, as always, is the methodical and cautious one as he repeatedly asks Superman if he’s ever planned around Batman becoming evil. What’s terrifying is not that Bruce may become evil himself, but that he’s questioning to see if Superman shows the slightest hint that he might have been corrupted by the Evil Batman. 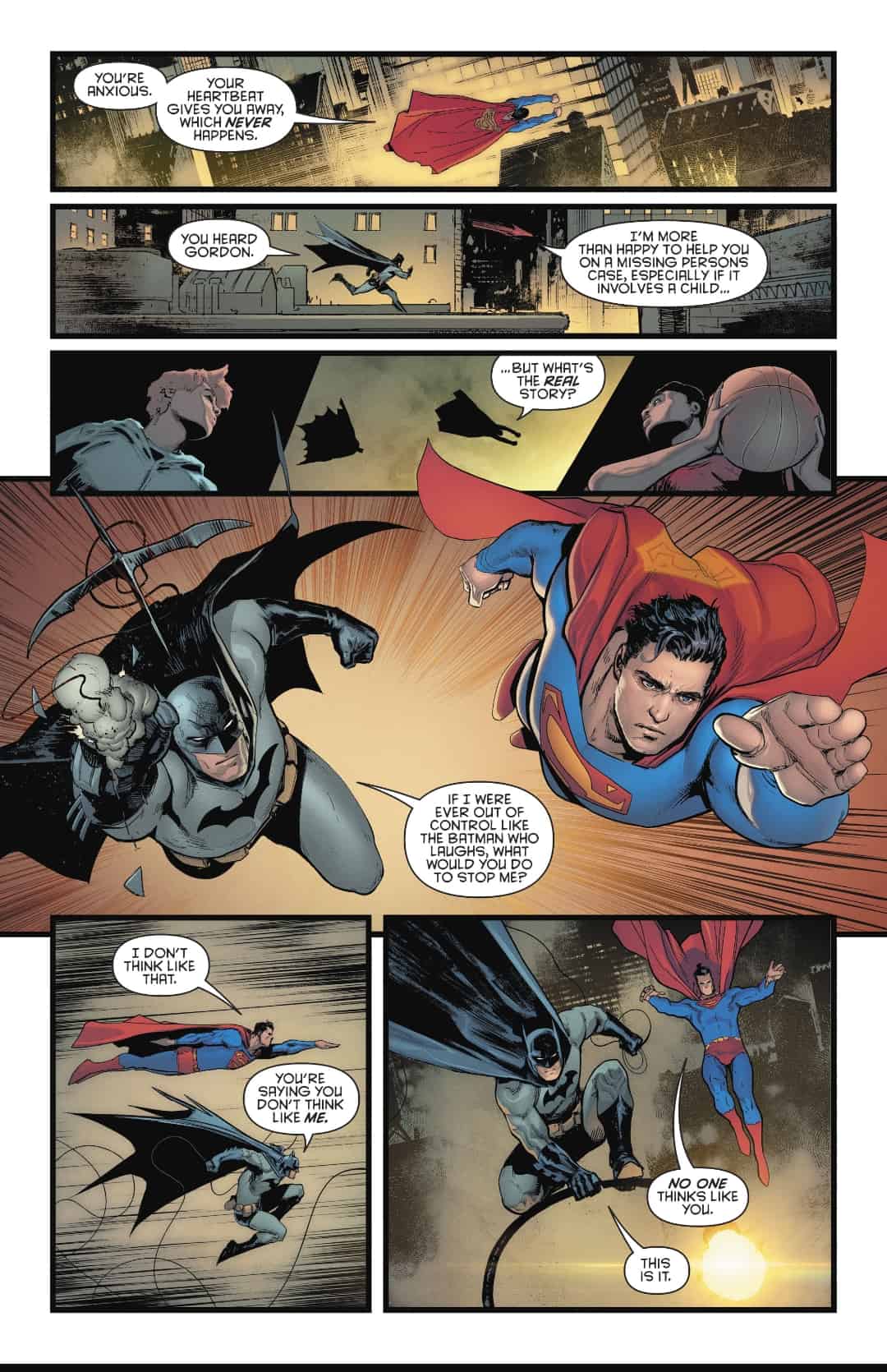 In this story, Batman shows the inner wounds that he’s been given after his battles with The Batman Who Laughs and Superman can hear his heart beating differently. This is a Batman that’s been affected by everything that’s been happening in his life in recent months. The only real rock that he can rely on is his best friend, the Boy in Blue. Superman is portrayed in a carefree and honorable way that only he can be. He doesn’t feel overbearingly cheesy and by the end, his good nature does not go unpunished. I like it when my Superman is a good guy, so I enjoyed the way he was written here.

The plot itself is very interesting in its own regard as well. Batman is increasingly running out of people that he can trust, so what happens when there’s a chance anyone could be a target? An evil sleeper agent ready to break at any moment and become even greater villains than the ones they already fight? That’s the question that Batman and Superman have to ponder as they inadvertently uncover a holographic image of every DC hero with clown makeup and Xs over their eyes. This air of mystery is refreshing because, while Scott Snyder did much the same during Batman: Endgame, we knew who would be affected. Joshua Williamson (albeit we’re spoiled by solicitations and covers) made it a point to keep things vague with the of these infected showing up at the very end. 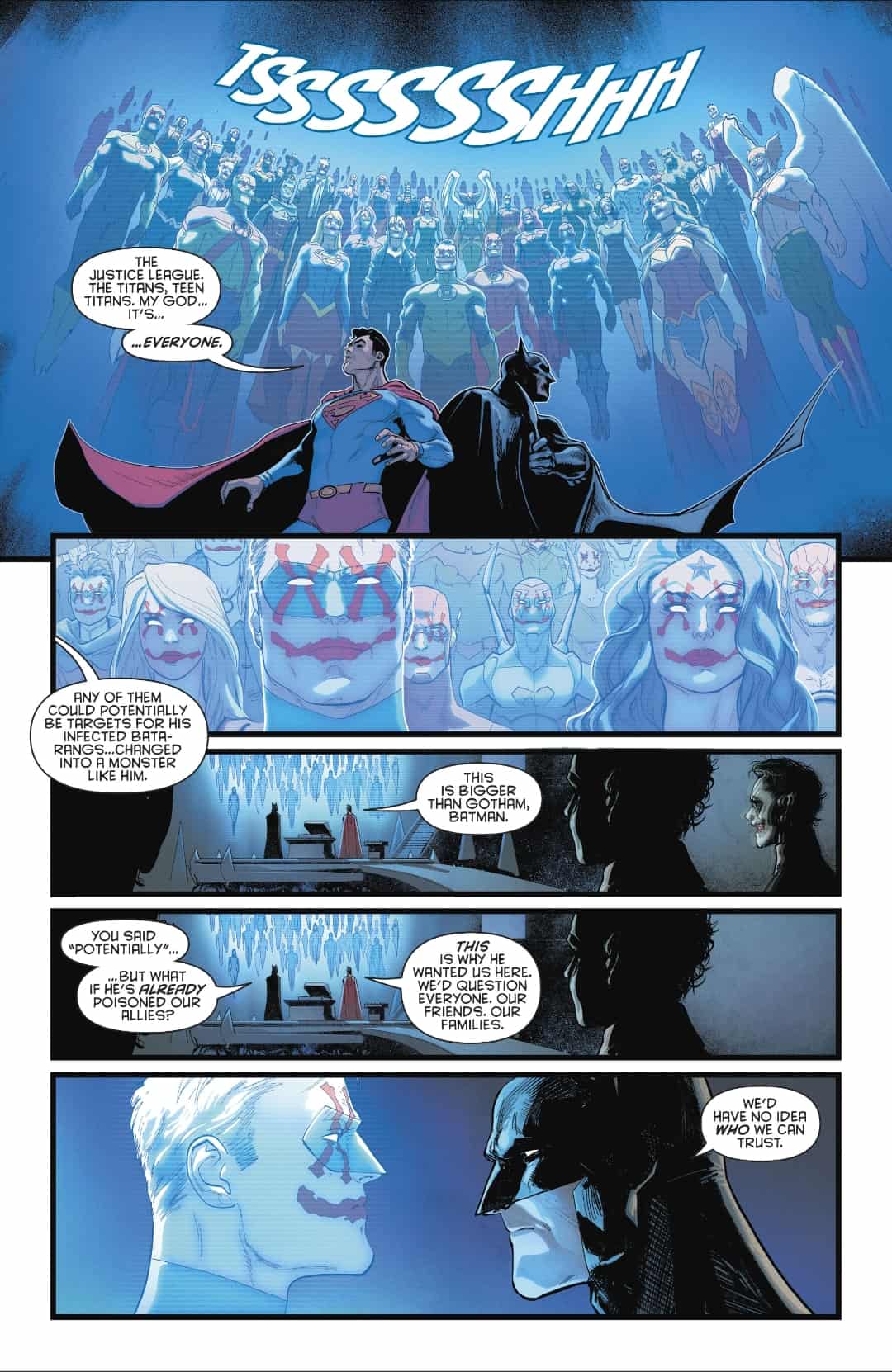 David Marquez’s DC debut is a strong one and he brings all of his talents and strengths with him. Coupled with Alejandro Sanchez’s awesome and smooth coloring, Marquez draws Batman and Superman with very realistic body shapes. Forgoing the ultra buff, beefcake bodies that other artists prefer, he allows for the character personalities and action on the page to shine. His double page spreads and backgrounds are beautiful with so much detail and care put into them. They’re easy on the eyes and make every panel a joy to follow.

With fantastic art direction and an interesting story, Joshua Williamson and David Marquez are gearing up for an absolute banger of a book. This is one of the few times I can say, “this will change the face of the DC Universe” and not want to vomit by how cheesy that sounds.

Batman/Superman #1: Who Can You Trust?