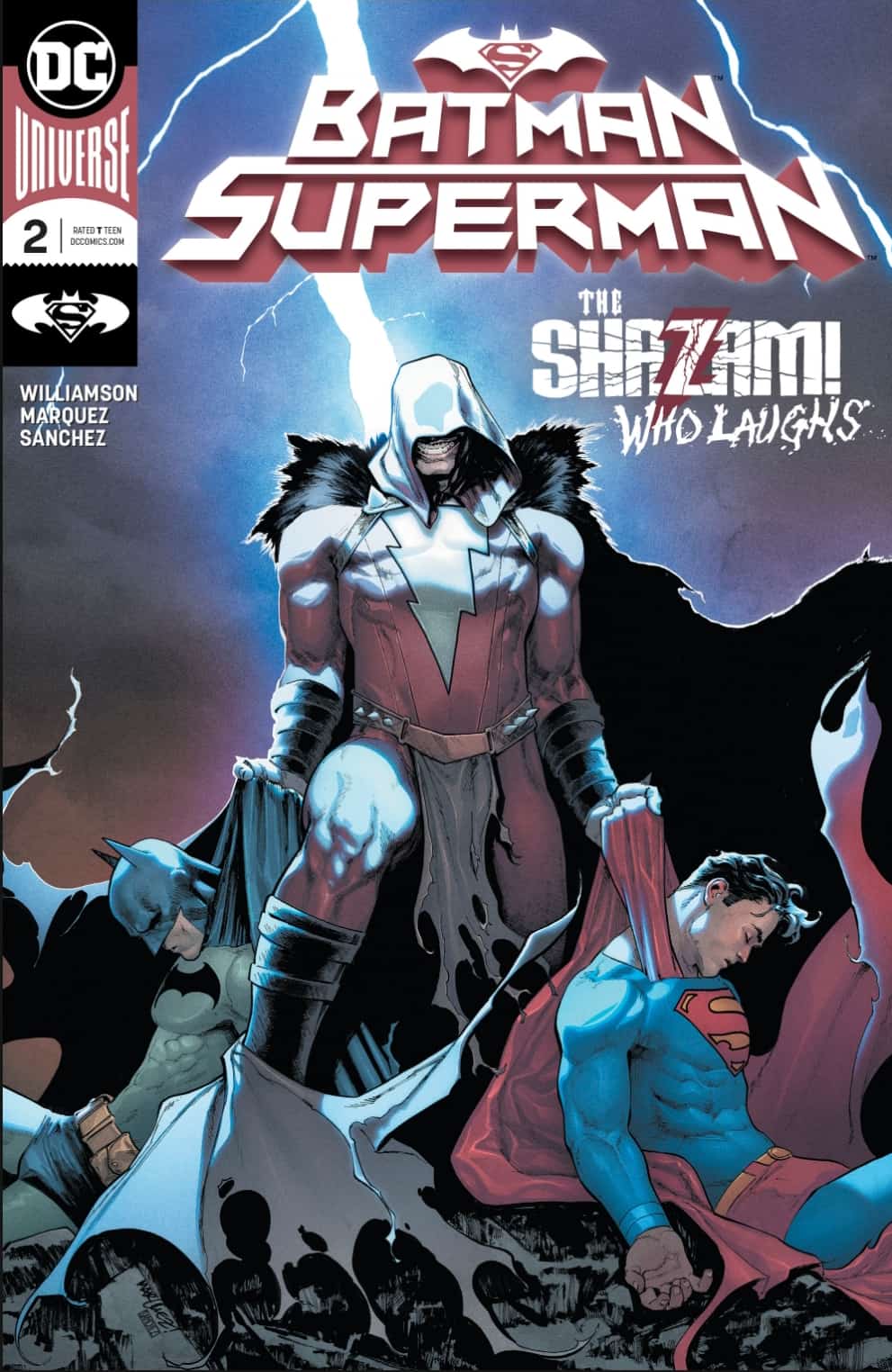 The Batman Who Laughs has a plan to save the world and the only way to do it is by absolutely destroying it. With Six of Batman and Superman’s greatest allies infected by the Dark Multiverse Batman, can the Dark Knight and the Man of Steel find out who among them has been turned and even worse - can they stop them? 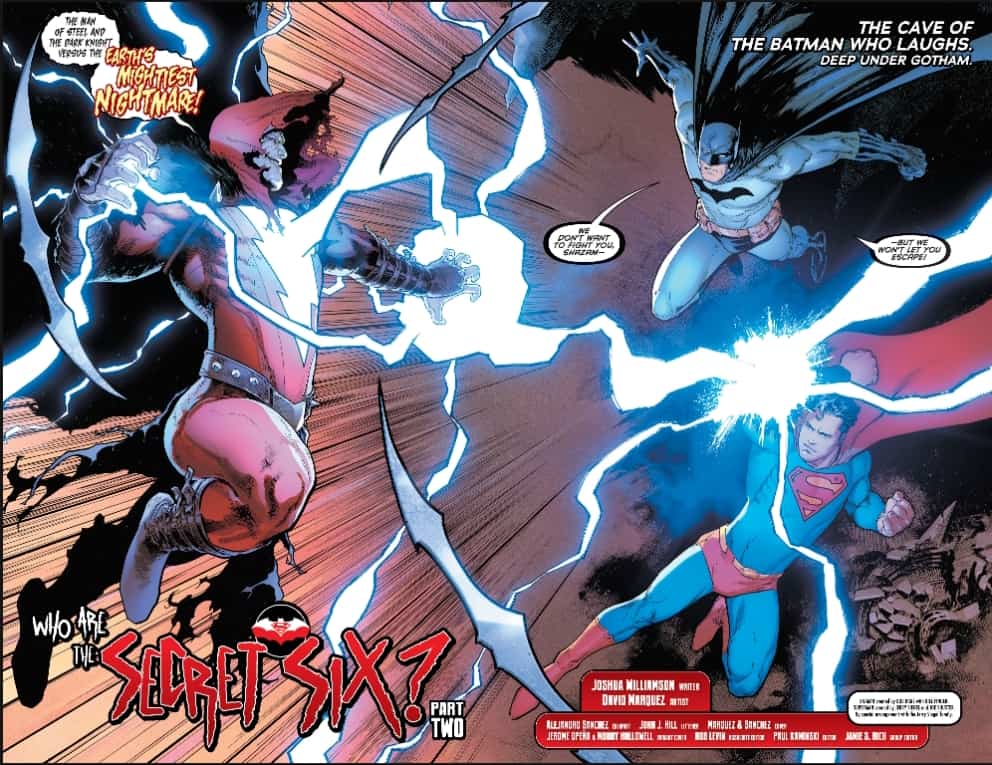 Of all of the big name heroes that one might have expected to be turned, Shazam was probably low on that list because of his power and ability. At the same time, it makes total sense that he might be an easy target because he’s a young teenager and the Batman Who Laughs is a formidable foe. This issue tries to answer the age old question of who would win between Superman and Shazam and though the answer is left open ended, Shazam does end up standing against the combined might of Batman and Superman in a pitched battle that leaves Batman injured. 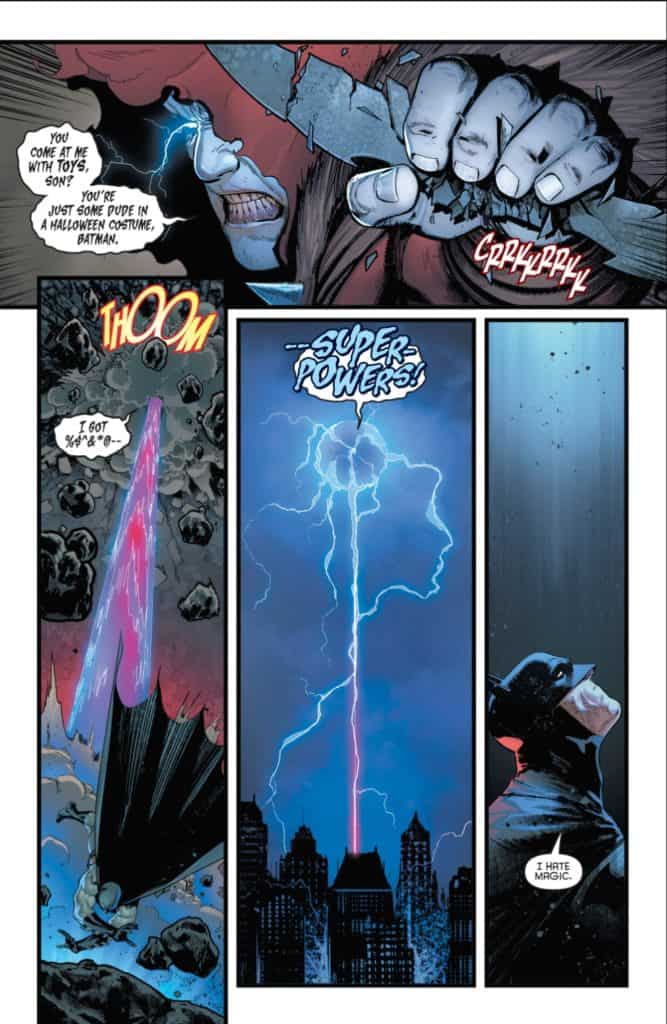 Batman and Superman haven’t been placed in too many situations where their skills and strengths haven’t been able to solve the problem, but The Batman Who Laughs is… well… he’s still Batman. Much like our Bruce, Joshua Williamson is presenting him and the Secret Six under his control as being several steps in front of the duo. This leads Batman and Superman to think outside the box and give The Batman Who Laughs what he wants. 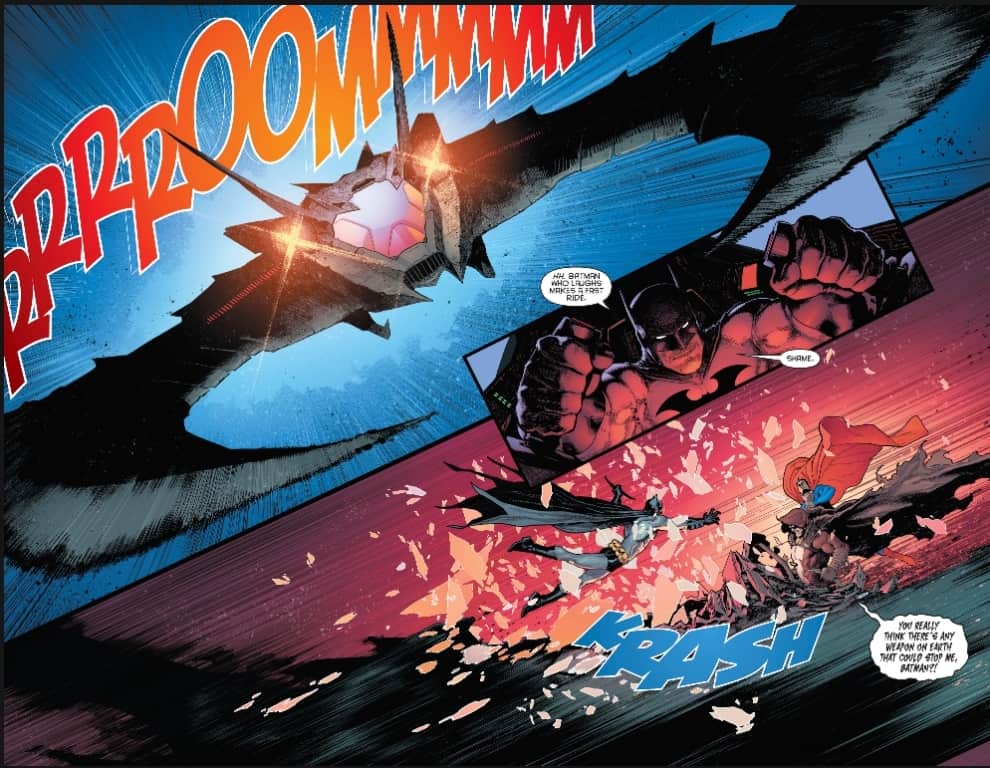 As always, David Marquez electrifies (pun intended) with his awesome and dynamic art, serving up amazing action and set piece moments. His stellar art is accentuated by Alejandro Sanchez’s great coloring and John J. Hill’s letters. Shazam looks as imposing as Superman and the lightning coming from his body every time he says “Shazam” crackles with bright blue and white colors with enough force to give young Billy Batson the upper hand against Superman. The best pages in the book, however, are when Batman flies what I call the Laughwing straight into Shazam. It ripples with speed and absolutely crumples when it hits Shazam, allowing Batman to dynamically crash through the window, stabbing Billy with a Laugharang. 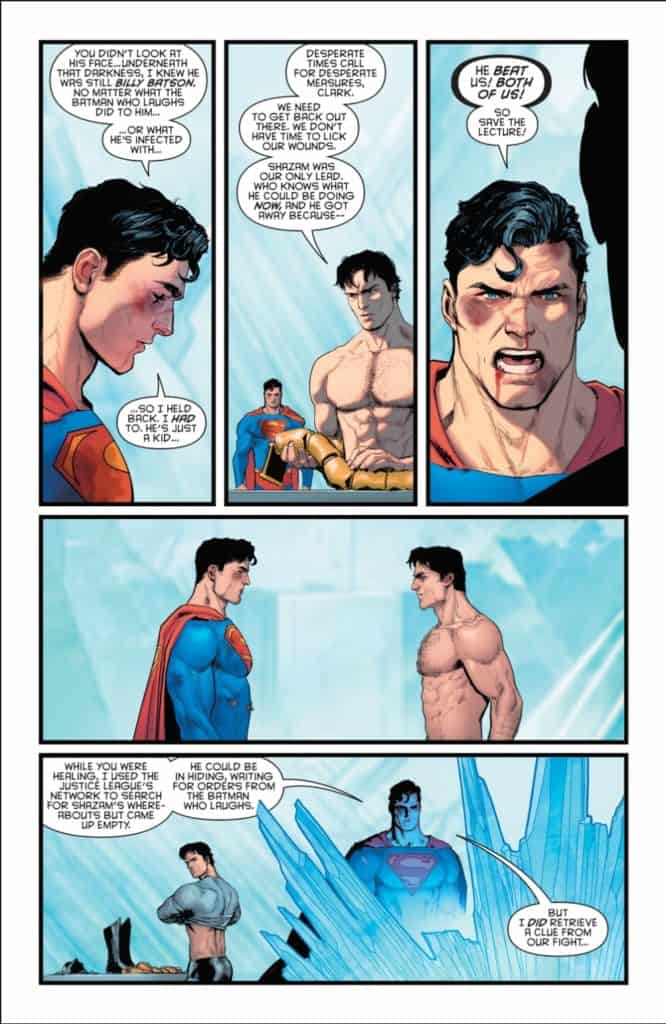 Sanchez takes great time to give the backgrounds an intense red hue when the big actions happen in Batman and Superman’s favor, but change to blue when Shazam has the upper hand. It shows a great contrast between the fight scenes as Shazam’s actions appear cold while the World’s Finest do their best to save him.

Because of solicits, the mystery of this book and the questioning of who the Secret Six are is diminished, but thankfully, there’s enough here to keep you engaged. Watching fan favorites slowly become unhinged is something I love reading, especially with how great the Batman Who Laughs has been. As long as David Marquez and Williamson keep up the quality work, this story will be one for the ages!