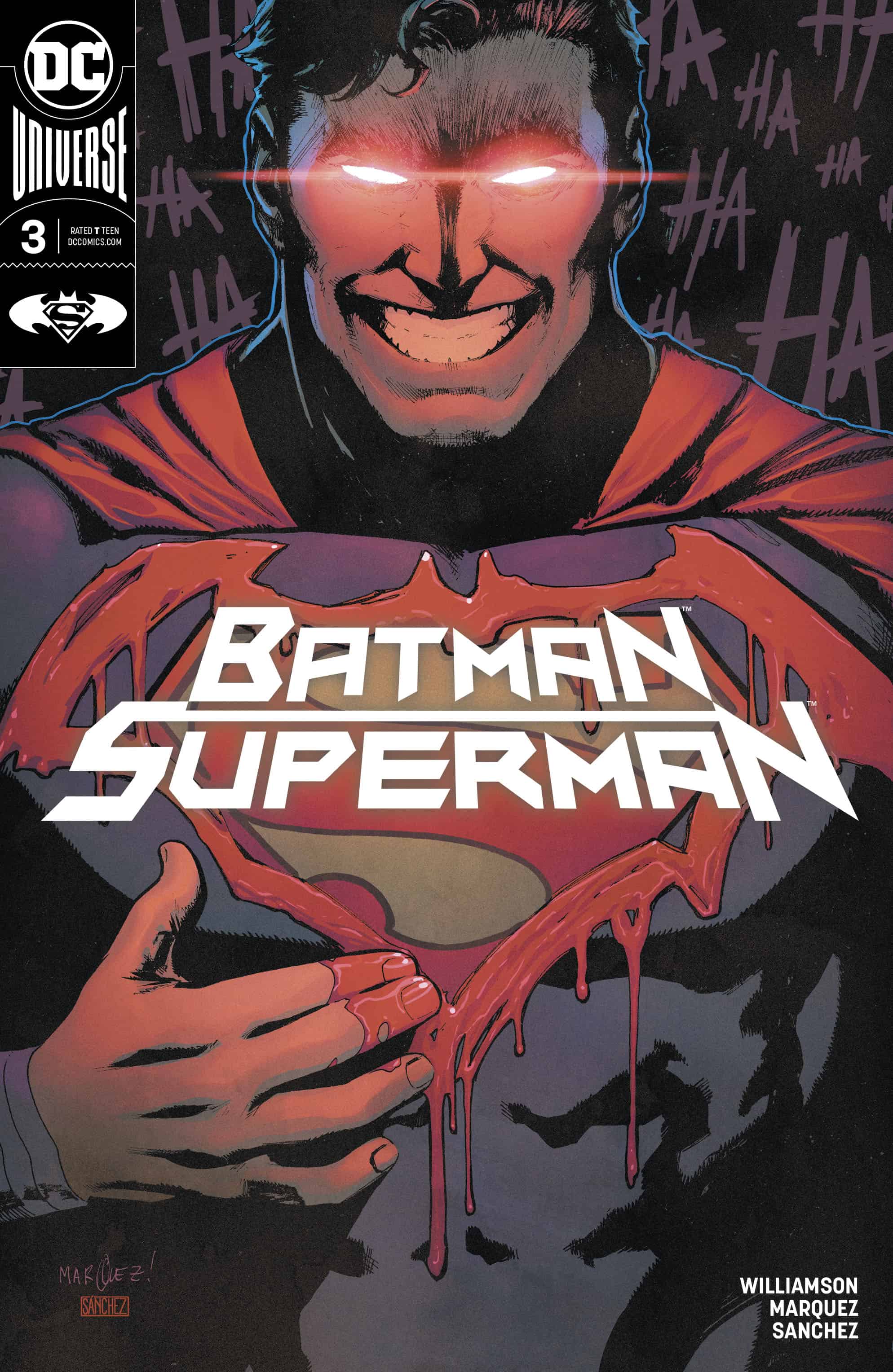 Much like “Dark Knights: Metal” and The Batman Who Laughs (TBMWL) miniseries, the corrupted Batman is always a mile ahead of his main universe counterpart and admittedly, it’s starting to become tedious and annoying (as if it weren’t already). I know that villains are supposed to stay one step ahead of the heroes to keep the plot moving forward, but this has been the main crux of the Dark Multiverse Batman since his inception. He’s playing fourth dimensional chess while regular Batman is playing with rocks.

Batman’s plan in the last issue was to infect Superman with the same Joker Toxin that Shazam was infected with and trick TBMWL into revealing who the Secret Six were. The Infected Batman knew this and said enough to anger Superman, exposing the trick and planting the seeds for Batman and the Man of Steel to fall into his next trap. They go after Jim Gordon, who they now know to be infected and after a fight (in which the awesome Batman Armor from DCYou makes a short return), Gordon is defeated and taken to the Fortress of Solitude.

Batman said that it was time that he stopped thinking like The Batman Who Laughs or even himself, but he forgot that TBMWL is the same as him. As soon the World’s Finest think they’re safe, Kelex is infected by none other than Blue Beetle (Jaime Reyes), the third of the Secret Six.

Thankfully, David Marquez’s art with Alejandro Sanchez’s colors were amazing as always. Marquez has an awesome eye for action as the fight between Batman, Superman and Gordon is an absolute joy to look at. He posing, the speed and even the weight felt from hits are amazing. Superman even utilizes his Freeze Breath, something I don’t think we’ve seen in a good LONG time. Gordon, even if he never had a chance, held his own against Batman for a little while and took a badass punch from Batman for it.

Batman/Superman is an intriguing series so far. Though solicitations have spoiled the mystery, the journey of getting to the end is what matters as TBMWL is on a collision course with The Legion of Doom. Marquez’s art is amazing and Joshua Williamson pens a good script, but  knowing TBMWL will always win because he can outsmart everyone takes a bit of the drama away. The series is worth continuing, but given the overpowered villain, who knows for how long?