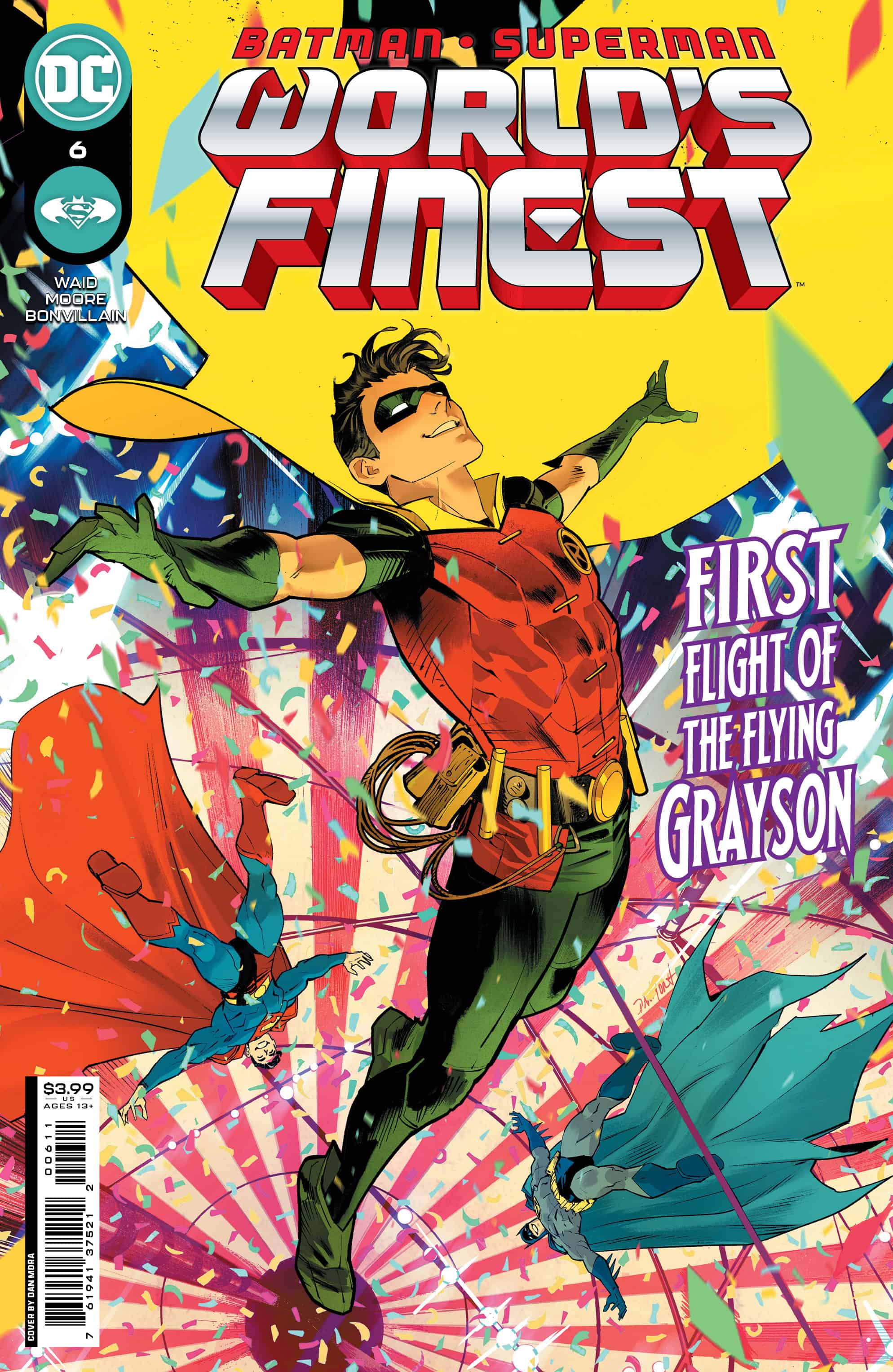 THE FLYING GRAYSON FLIES THROUGH TIME! The Dark Knight and the Man of Steel might have been victorious in their battle against the dreaded Devil Nezha (but were they, though? More on that to come, kids…) but there’s one thing they forgot in all the madness…Dick! Robin the Boy Wonder is lost in time like some kind of chrono-Home Alone…and to find him, Batman and Superman will need to get creative! 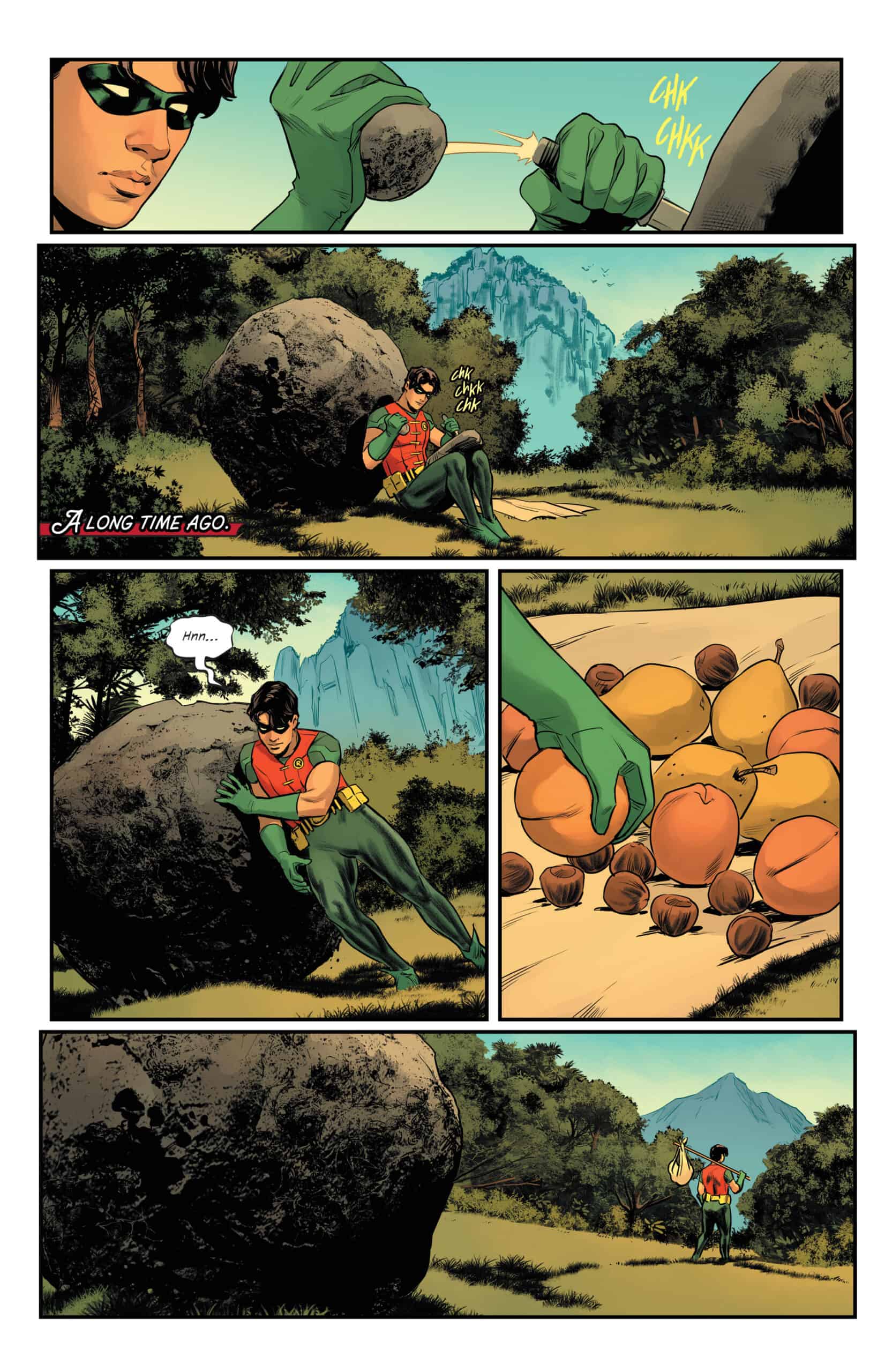 There should always be a series like Batman/Superman: World’s Finest #6 on the shelves. World’s Finest has such a rich and fun history in comics, so I have continuously enjoyed this new iteration. The first arc was a blast, so going into this issue I somewhat knew what I was getting. For me, this was the most fun I’ve had reading a comic in a long time. Mark Waid has such a big playground to work in, so it is fun seeing the story play around in time. This way, it may or may not be in continuity, but either way, we’re having fun. This issue was especially fun. It felt like the script could have been written in the 60s or 70s but only used now. Waid picks up Dick Grayson and puts him right in his element: a circus where a mystery needs to be solved. It is the exact type of fun you expect from a World’s Finest book.

With this new arc, Travis Moore picks up art duties from Dan Mora. Their styles are similar enough that issue #6 isn’t a drastic change from issue #5, and frankly, both artists knock it out of the park. These are iconic characters and both artists were born to draw them, so the series is still in good hands. Part of why Moore’s style immediately feels like home is because of Tamra Bonvillain’s steller coloring. There is something so satisfying about how Bonvillain colors Batman, Superman, and Robin. Bonvillain especially shows her skill as a colorist when illustrating the excitement and vastness of the big top, whether it’s Batman and Robin soaring above the crowd or when Superman deals with a massive fire. Aditya Bidikar’s lettering is impressive as well really capturing the emotion and intensity of the climax of the issue. If you are wondering what the dialogue and speech balloons of someone being attacked by a lion look like, this is a great place to start.

BATMAN/SUPERMAN: WORLD’S FINEST #6 is high-flying fun for #Batman and #Superman fans as #Robin solves a mystery in his element as a flying trapeze in the traveling circus!