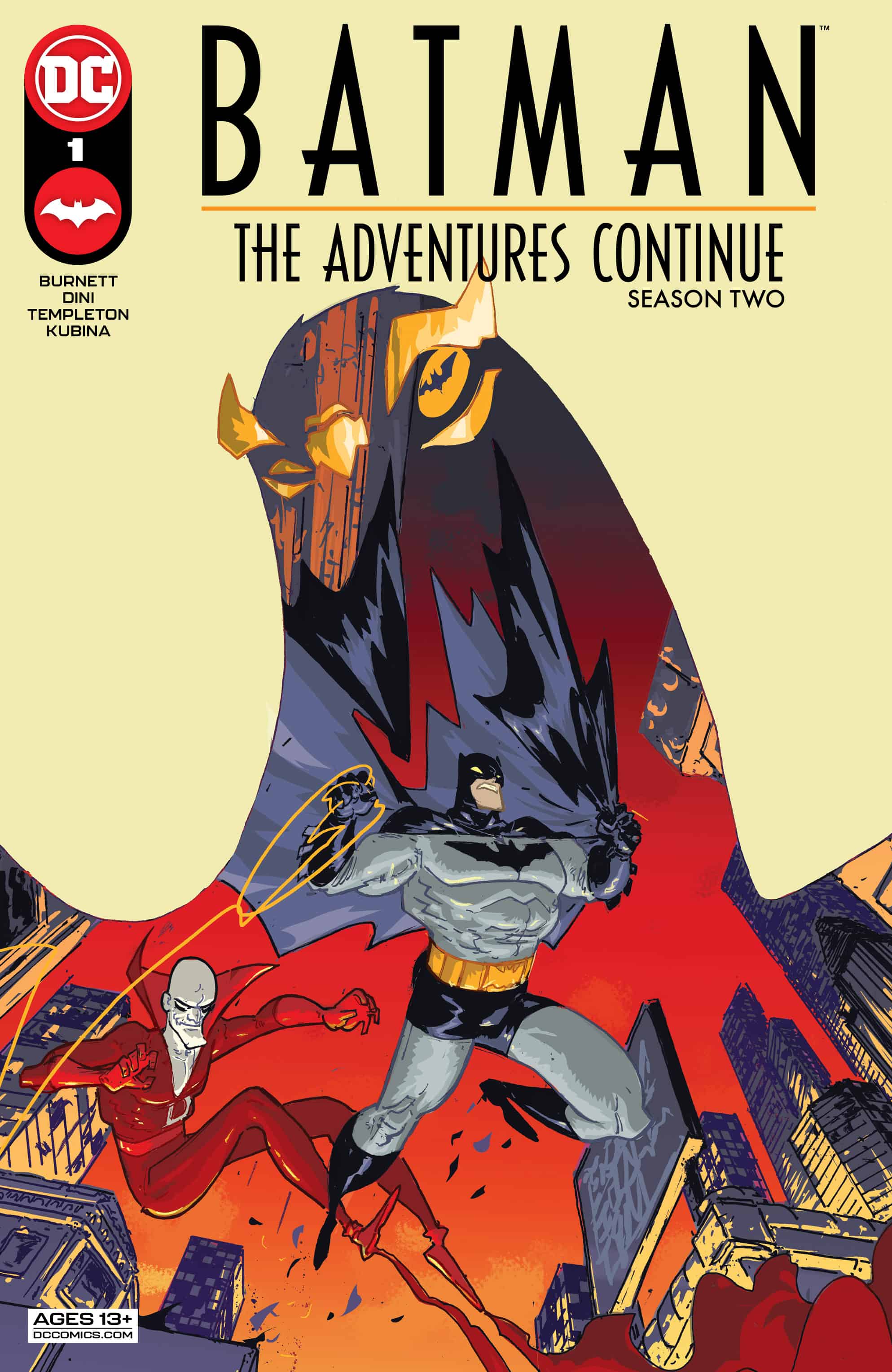 After seeing his parents murdered before his eyes, Bruce Wayne made a promise at their graves that he would never let this happen to anyone else. Thus, Batman was born.

WHOA!!!! Batman: The Animated Series is back! And in comic form!!!! You couldn’t ask for a better continuation of the series than this book written by Alan Burnett and Paul Dini – who worked on the original series! They take some of today’s comic stories and put them into the TAS universe and honestly, sometimes they come out better than some of the best animated episodes. The issue starts off The “Court of Owls” storyline, and while the writers do change some key elements of the story to fit better into this version of Batman, Burnett & Dini stick remarkably close to the original story. We get glimpses of some animated series staples like Summer Gleason and Mayor Hamilton Hill, plus we get to catch up with Batman supporting cast members Dick Grayson, Barbara Gordon, and Zatanna. This issue is really well written, it’s got just the right combination of action, drama ad mystery. I have a feeling that some things are being set up for future issues, and the mood of the book is a lot lighter while still maintaining the gravitas of the overall story. If you’re a fan of TAS or just a Batman fan, I have a feeling you’re really going to like this book. 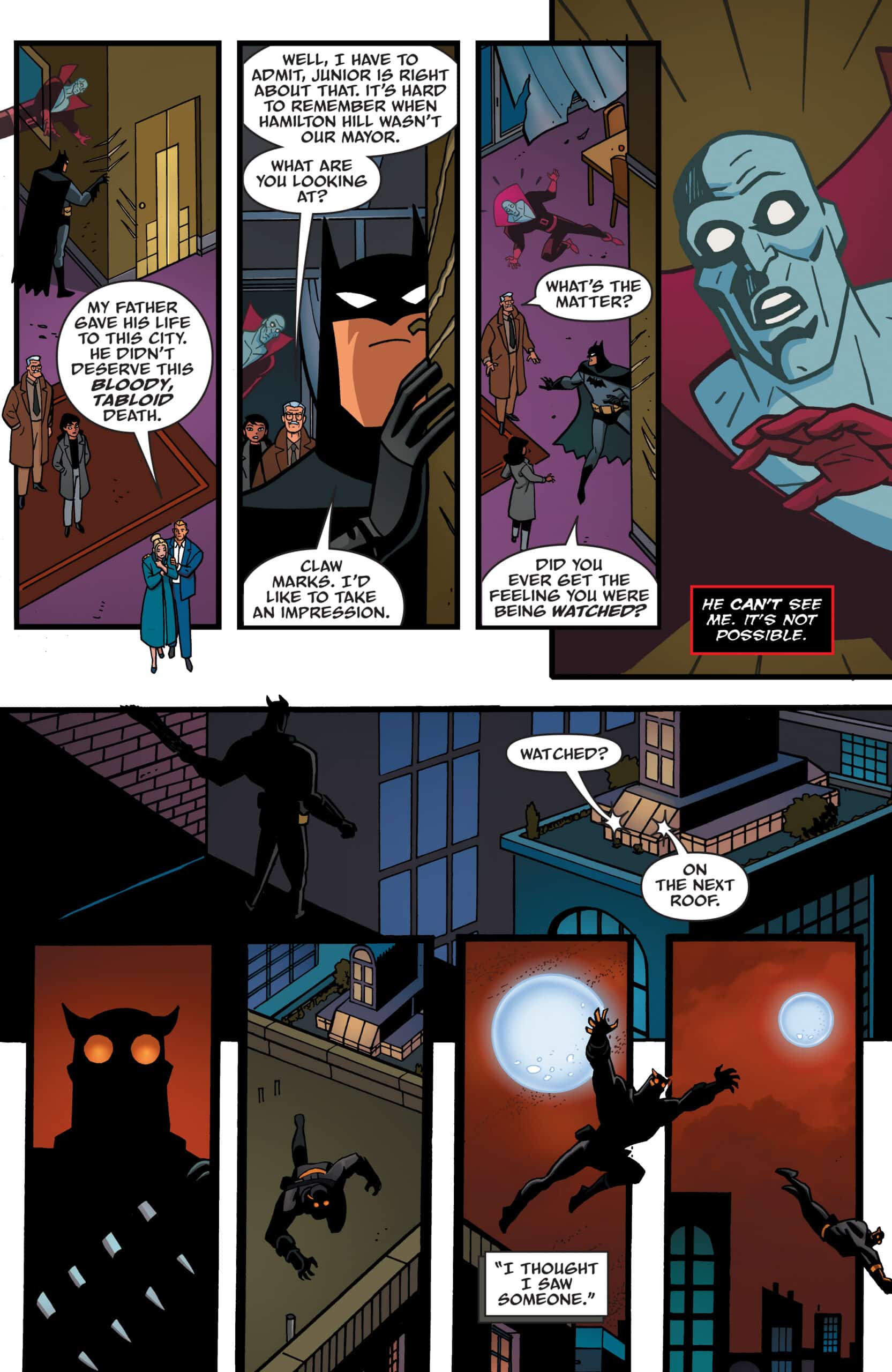 Artists Ty Templeton & Monica Kubina bring the animated series back to life in the pages of this comic! Everything you remember from the series is here. The backgrounds, the designs, and they blend the new to this world characters and objects into this book seamlessly. It’s great to see them make subtle changes in characters to denote the passing of time, none of them are jarring or jolting, they’re all very natural and logical. Artistically this book is everything you want it to be.

A great start for this series! I can't wait to see how this plays out and what or who else is introduced into this universe. A solid book that should be on your pull list!