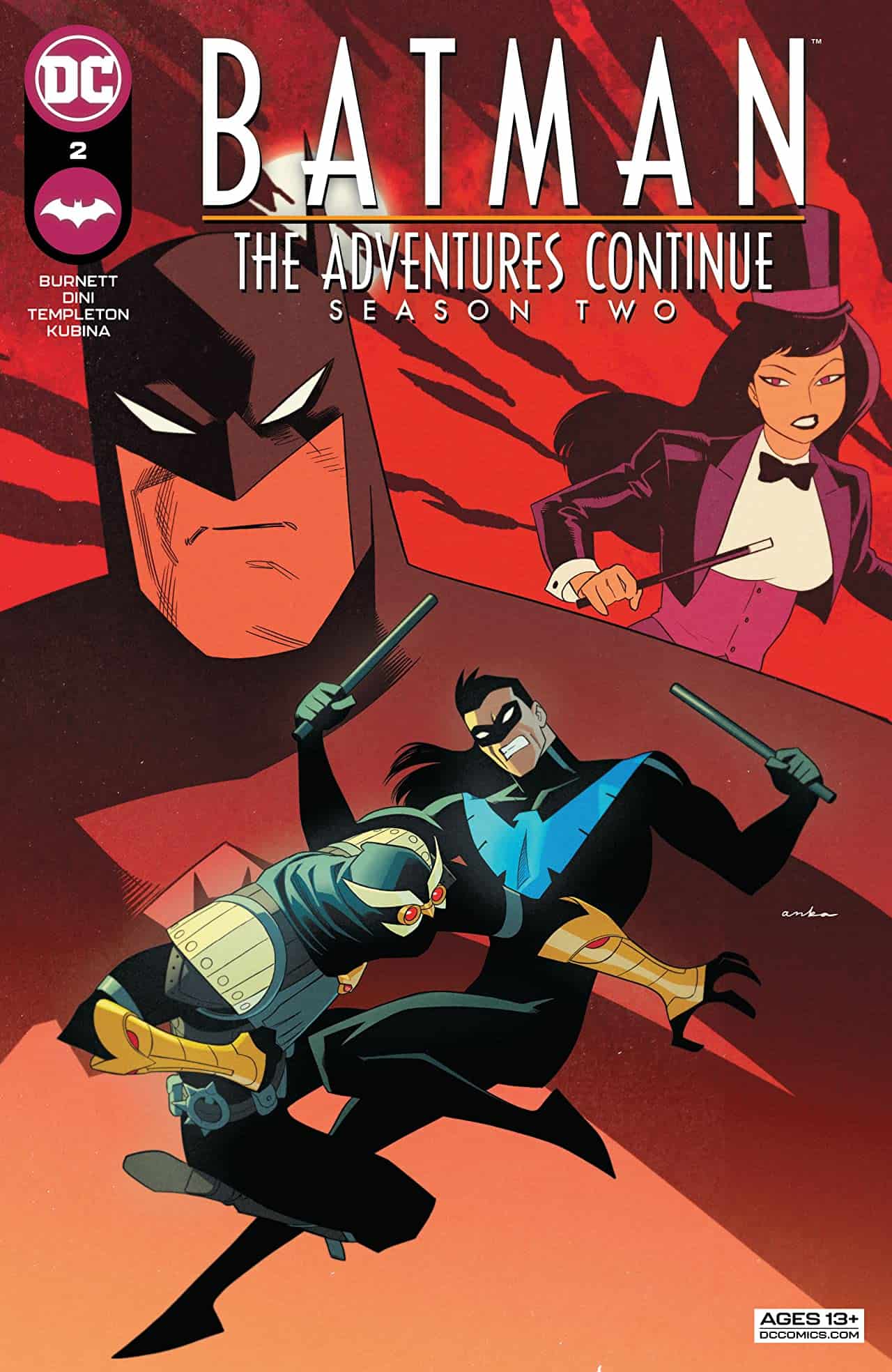 The Court of Owls has killed longtime Gotham City mayor Hamilton Hill!! But for Batman to prove it and stop them from killing again, he's going to need the help of a dead man!!

You know, it’s a real shame when a book that’s this awesome is labeled by some as a “kids’ book.” This is a direct continuation of one of the most successful shows in TV history. It changed the way a whole generation saw Batman. It influenced countless comics, comic book artists, and I dare say the whole comic industry. Yet, it’s probably racked next to Archie in the kid’s section far away from the DC New Releases. So please, I’m begging you, LOOK for this book!! Because what you’re going to read is an awesome, thrilling, mature story that will have you holding your breath almost all the way through. There’s plenty of “guest stars” in this issue, you can add a couple to Deadman, Nightwing, and Batgirl. Authors Paul Dini and Alan Burnett give us another “episode” of Batman: The Animated Series, one where they bring some more recent DC Universe characters into the animated universe and they’re portrayed almost exactly as they are in the regular DCU. Another great thing that happens is Dini and Burnett take some long time, established characters, and shake them up a bit. Well, actually they get shaken up a whole lot. You’re going to have a great time reading this book, whether you’re seven years old or forty-seven years old.

Artist Ty Templeton does what he always does-draws a really awesome comic. I would imagine that an artist would be limited with this “simple” style of art. It doesn’t allow for many liberties with things like backgrounds, facial expressions, or basically anything else that would normally let an artist “spread his wings”. But Templeton is used to drawing in this style and he pulls some pretty awesome tricks out of his hat to keep us on the edge of our seats.

And a special shoutout to… someone. I’m not exactly sure of who this person is. As some of you might know this is one of DC’s digital-first books. It’s drawn with a different perspective, it’s meant to be read on a computer screen or tablet instead of in print. (Boooooooo!!!) Whoever edited this book to fit the printed page did an excellent job. You really can’t notice that it was drawn for a different format and all the panels have been placed strategically so that the pages flow logically and naturally.

A really solid issue of an underrated comic. Give this book a chance, I promise you that you're going to enjoy this book.