Batman & The Joker: The Deadly Duo #2: Carpooling With a Friend

Batman & The Joker: The Deadly Duo #2 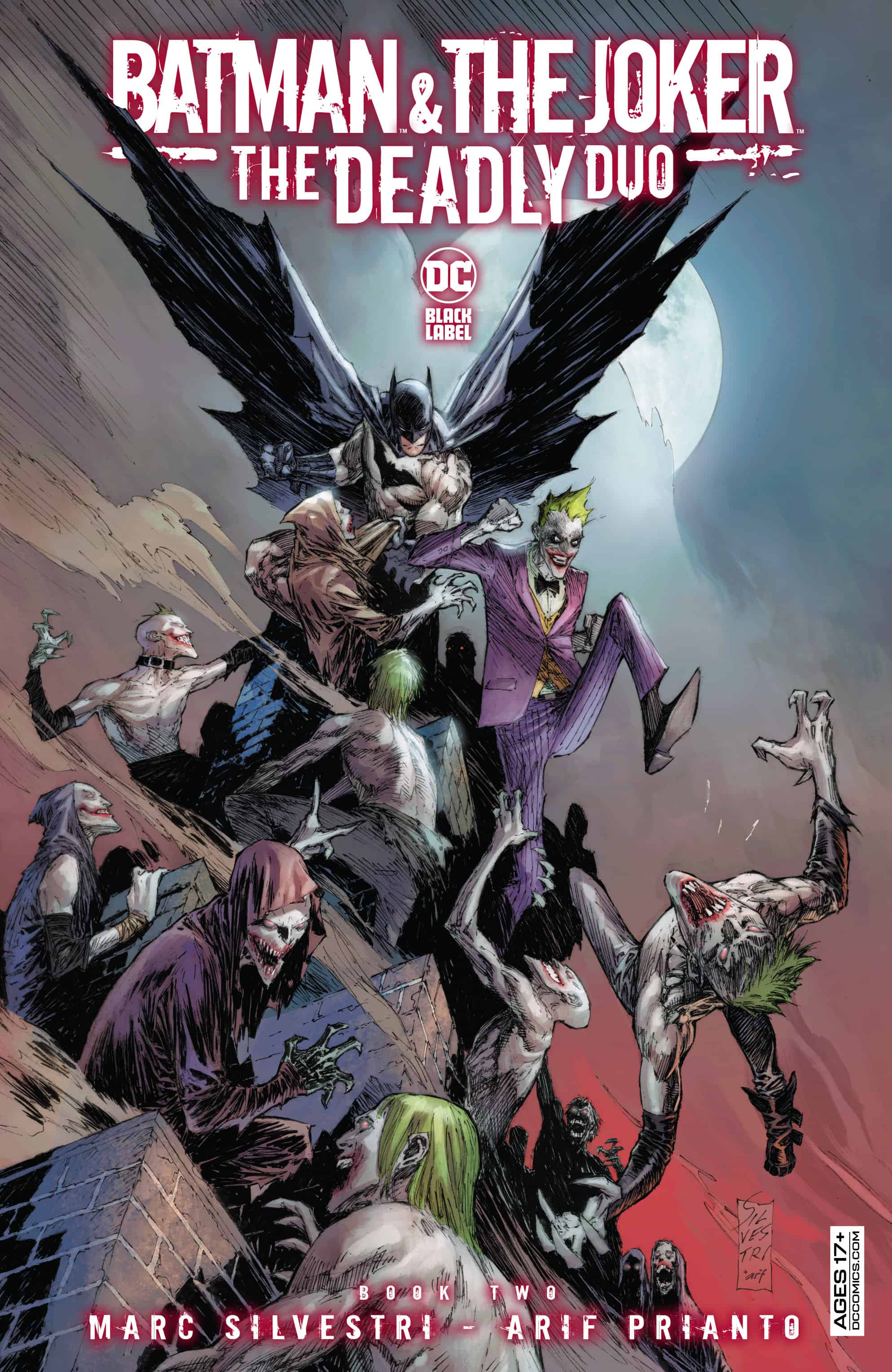 Batman has joined forces with his archnemesis, and things are already off to a rocky start. But time is of the essence as another piece of Commissioner Gordon is delivered to the Gotham City PD. Will Batman be able to work fast enough to save his dear friend, or whatever is left of him? 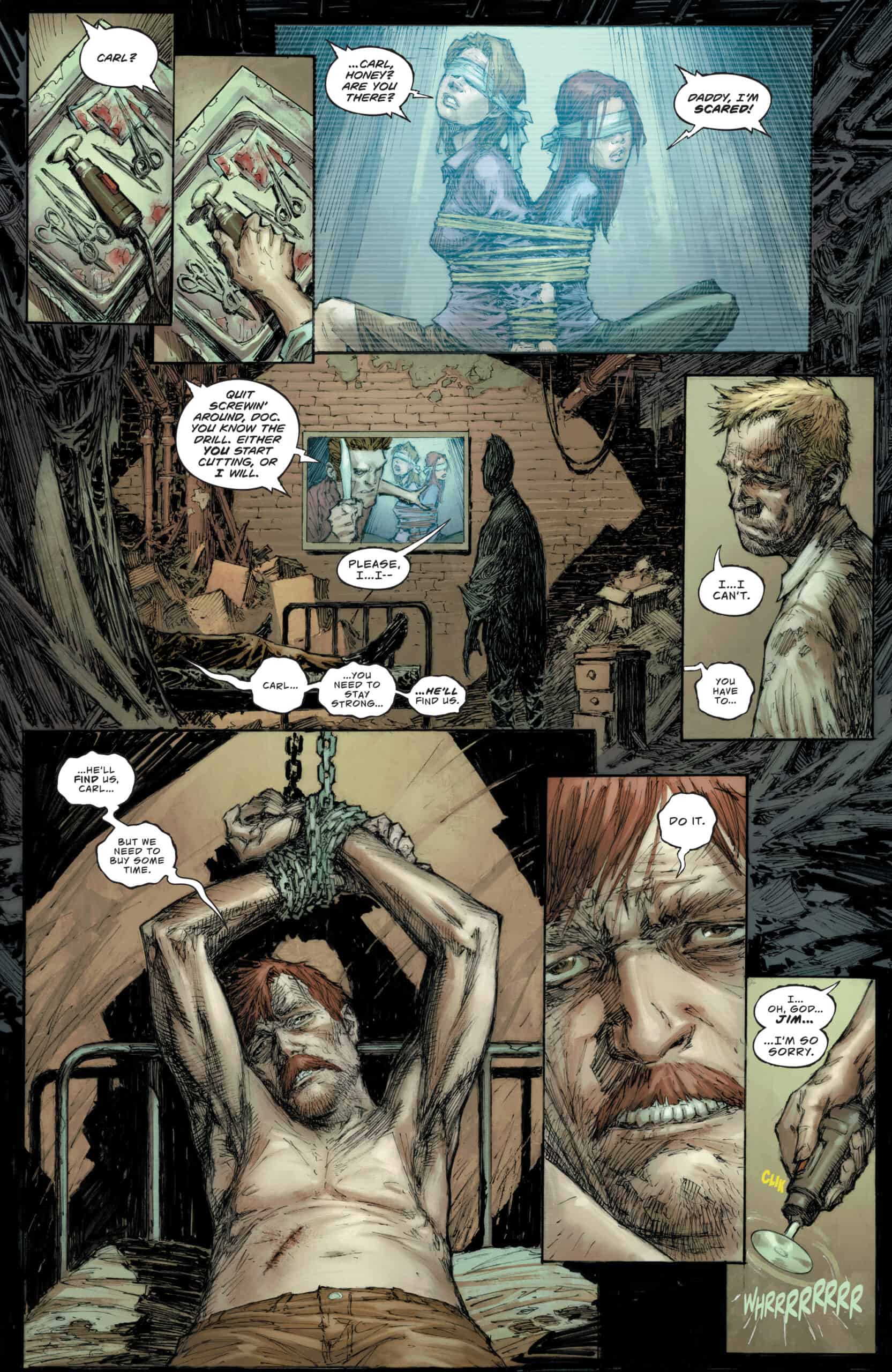 Batman & The Joker: The Deadly Duo is exactly what I want out of a DC Black Label Bat-book. Marc Silvestri is getting to tell the exact story that he wants to. As a reader, you really don’t need to know much going into it, which is always nice. Today, to be a Batman fan, there are so many titles coming out every week that it is just too much to handle. Batman & The Joker: The Deadly Duo feels a lot more back to basics, but that might just be nostalgia talking. The opening pages of issue #2 show us an emaciated Jim Gordan tied to a wall. It has been a month since I read issue #1, and this image threw me right back into the high stakes of the story Silvestri is telling: Gordon and Harley Quinn are both being held captive and Batman and The Joker must team up.

After the startling image of Gordan, the first chunk of the issue was a fight on a rooftop with Batman and The Joker taking on a group of these Joker-fied vampire-like creatures and it is spectacular. Silvestri’s art is absolutely stunning. The amount of detail that he puts into each panel is spectacular. Arif Prianto perfectly compliments Silvestri’s art. Prianto brings so much to each panel but really amplifies the effectiveness of Silvestri’s inks. The coloring gets moments in the spotlight, though. There is a page where Batman and The Joker are in the Batmobile and the lighting is fantastic. It’s exactly how I picture what the lighting  inside of the Batmobile would look like: a deep red like something in a submarine on red alert. 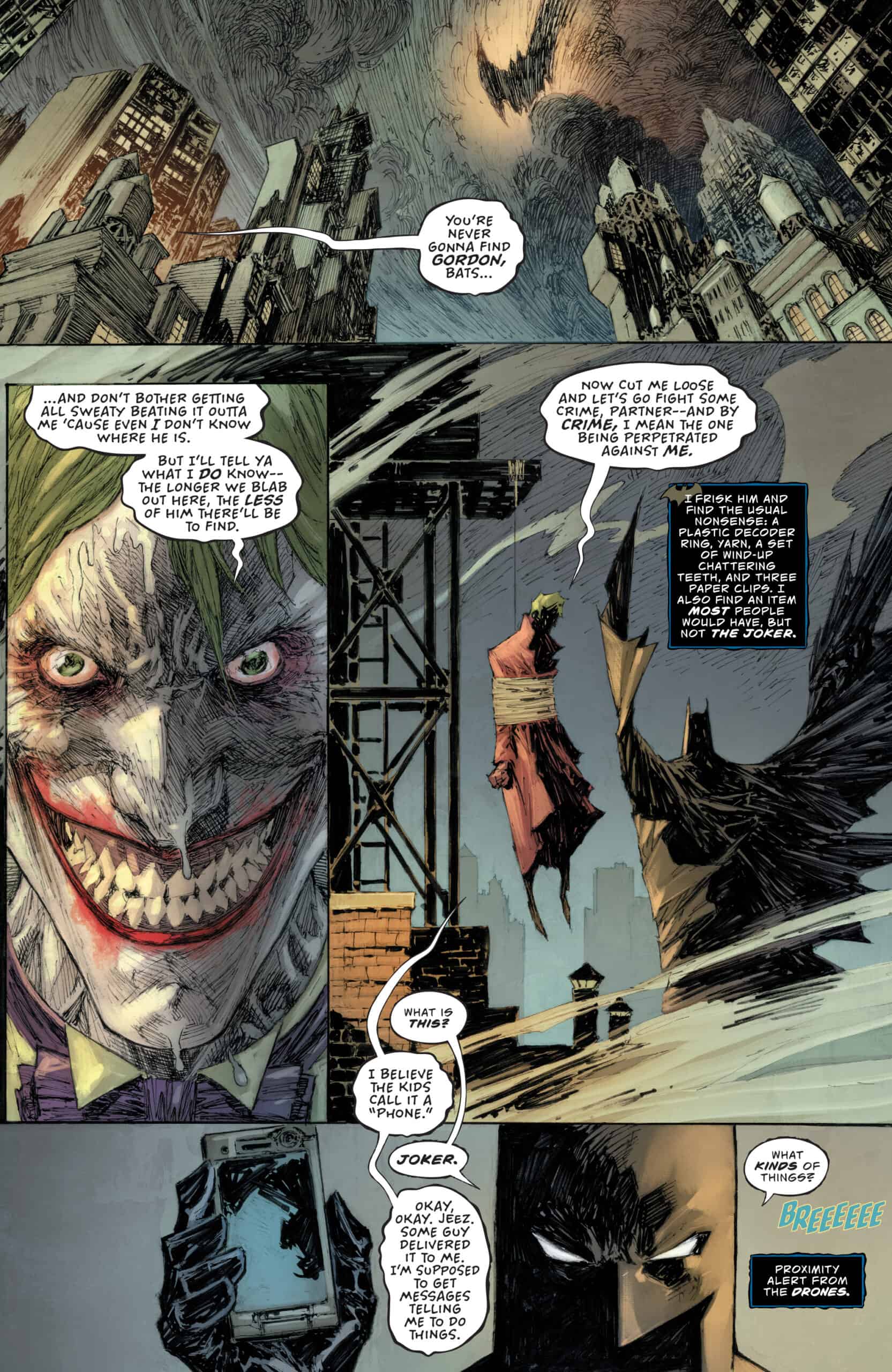 After this big fight and the escape in the Batmobile, I was a little concerned that the issue would lose its momentum but Silvestri’s writing kept me engaged during the lull of Bruce, Alfred, and Dick in the Batcave. The analysis of a sample of the vampire-like creature doesn’t sound like something Silvestri created out of thin air, which I always appreciate. He could have easily avoided trying to explain what and how these things are, but I think he did it successfully without losing me as a reader. The analysis really doesn’t take away from their creepiness either. One of the best moments of the book is when Batman walks through a crowd of creatures at the recycling plant with his massive cape dragging behind him. I would highly recommend getting a physical copy of this book. There are so many great visuals that need to be seen up close and the prestige format that DC Black Label brings is perfect for it.

BATMAN & THE JOKER: THE DEADLY DUO #2 is shaping up to be a must-read #Batman and #Joker story. Silvestri’s vision and art feels right at home on the #DCBlackLabel format. @DCComics @Marc_Silvestri #TroyPeteri #ArifPrianto #DCComics #DCBlackLabel

Batman & The Joker: The Deadly Duo #2: Carpooling With a Friend