Batman: The Knight #2: An Origin Story Somewhat Like Any Other 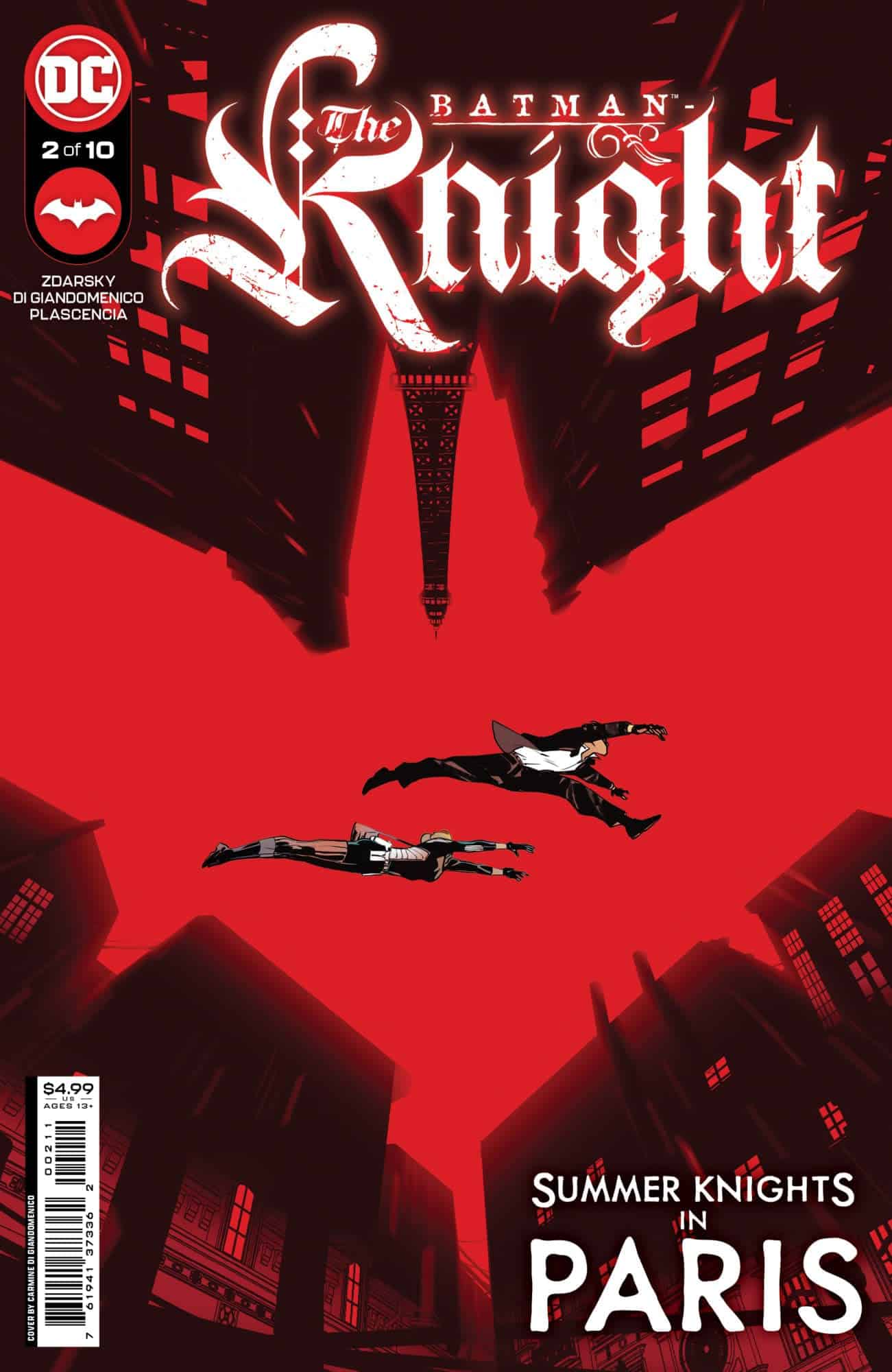 Bruce Wayne’s journey toward becoming the Dark Knight has begun, and he has many hard lessons to learn before his education is complete. His adventure begins in the City of Lights, Paris, where he’ll train with a world-renowned cat burglar and come into contact with a horrifying serial killer stalking the city’s wealthy elite...

Batman the knight is having some trouble justifying its existence. The fact that this issue is pretty good should tell you about the work it’s competing with. Year One, Zero Year, even the recently completed Robin & Batman—all of them approach early or pre-Batman history with a fresh angle that makes for compelling reading. This one, while more than serviceable, struggles to define itself against these other works.
It continues yet another story filling in an as yet untouched phase of a hero’s story, the twist this time is Bruce Wayne in his teen years, in the time before he returned to Gotham and became Batman. It is an interesting idea. Showcasing a brash but capable Bruce without the benefit of the cowl isn’t something that’s been seen before.
The trouble with this approach, despite being a pleasurable and intense read, is that the story is doing nothing new with its setting and timeframe. That’s the worst that can be said about it. Otherwise, even with its well-worn reference points and lack of novelty, there’s a lot here to like.
Zdarsky’s Bruce is snotty, resentful, and arrogant, but wounded by grief and loss. He’s caught in the midpoint between his parents’ murder and his hardened but still green portrayal in something like Year One. It’s a good choice, and gives it the best reason for reading: seeing Bruce Wayne confronted with situations he is incapable of handling.
Past that inspired bit of characterization, it’s good, no more, no less. Changing the setting to Paris makes for a good bit of fish-out-of-water complications, and allows Zdarsky to show off Bruce’s skill set. His tutoring under Gray Shadow (a narrative device used in a different fashion in Nolan’s Dark Knight trilogy) gives way to a short training montage drawn by the always consistent and excellent Carmine di Giandomenico. His layouts are dense and dynamic, complementing the density of the script well. They are in sync throughout.
It just feels a little too familiar. Its story beats have been run through to greater effect in the past, by writers like Lemire and Miler and Busiek (whose Untold Tales of Spider-Man mined similar territory). Its art is distinct, in line work and color, with Pat Brosseau’s lettering using distinct captions to narrate Bruce’s thoughts, similar to Year One. It’s well-paced and wonderfully constructed, but it’s hard to escape the feeling that this whole endeavor is a tad unnecessary.
There’s a chance that sounds like it wasn’t a very enjoyable issue. That’s not the case at all. Zdarsky and di Giandomenico have put together something that aims to illuminate a lesser-known corner of Batman’s life, and are mostly successful! It’s just that the series isn’t justifying its own importance so far. It deserves readers’ eyes, but it needs to figure out its angle, quick.

While it's an almost-great issue on its own, Batman: The Knight #2 feels slightly unnecessary when compared to similar stories from the past.

Batman: The Knight #2: An Origin Story Somewhat Like Any Other