Batman The Knight #8: The Old Masters 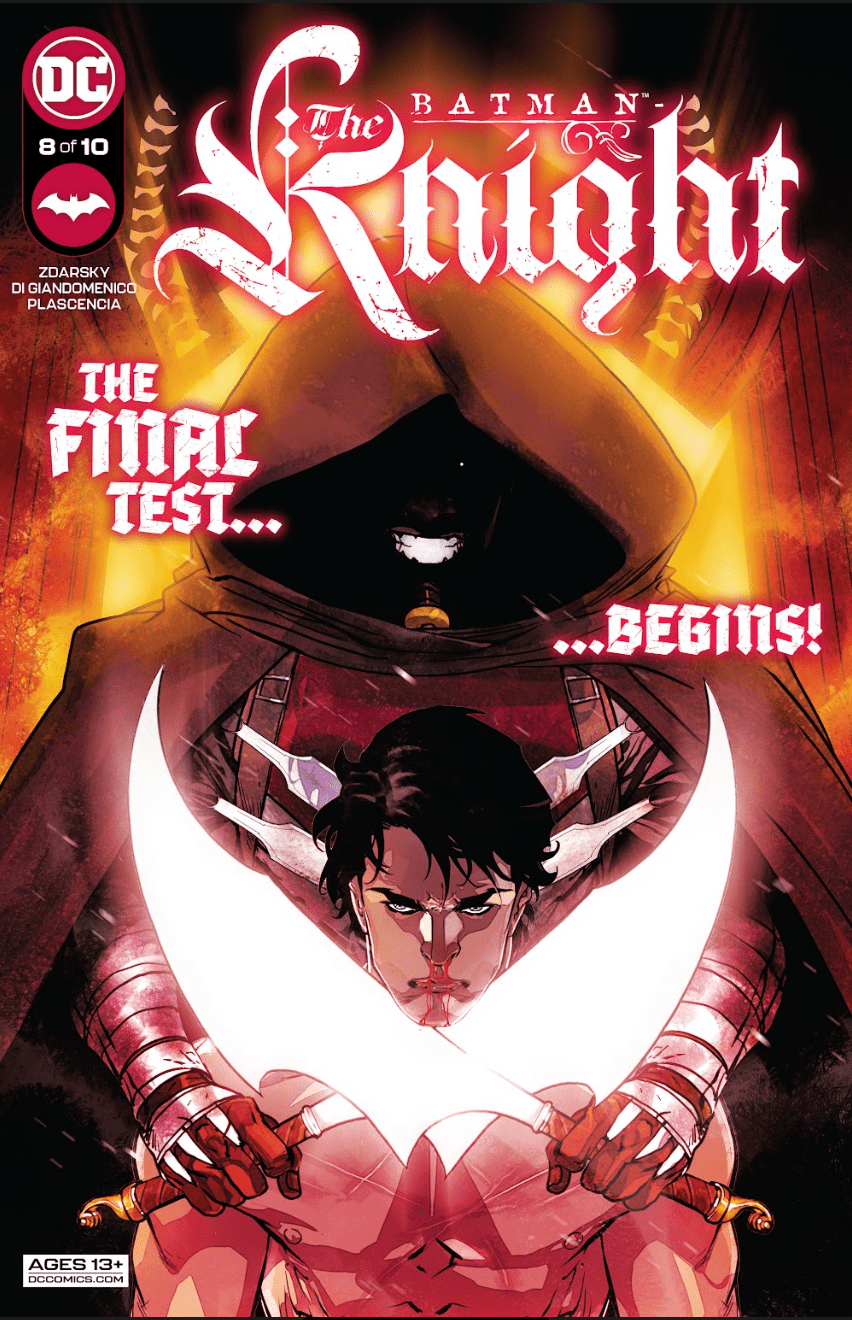 Someone has been stalking Bruce at every turn and their teeth are nipping hard against his heels. Is it Anton, or does something worse lurk in the shadows?

In this issue, Chip Zdarsky successfully springs the trap he’s laid for Bruce. All of the dominoes fall, revealing the pattern that’s been there the whole time, concealed but visible if you have the eyes to look. Aside from the rather wonderful plot (more on that, in a second) I loved the little details in this story. The inclusion of Shanghainese, as opposed to Mandarin, in the opening scene speaks to a dedication to verisimilitude. For those not in the know, Shanghainese is a separate language, rather than a dialect, it springs from the Wu linguistic root and it’s one of the languages one really does encounter in the area. That little detail set the language geek center of my brain aquiver, and it’s just one of the nice little touches furnishing this book.

As for the plot: Bruce encounters a wizard in a tower who promises to make him into something that is more than human. The question is whether or not this is something that Bruce actually wants. The psychological and philosophical questions surrounding that central plot form most of the story, and although readers almost certainly know the answer going in, it’s told so well that its predictability is not a deficit.

The balance teeters between dialogue and action, between philosophy and violence, but it never tips too far in one direction or the other. Appropriately, for a book that is about Bruce’s greatest and only creation, the storytelling has boiled away the narrative dross and has revealed what it’s truly been about the entire time.

Carmine de Giandomenico’s line work is as beautiful and expressive as ever. He is especially adept at depicting cityscapes in a way that renders them into a character. Ivan Plascencia’s colors are undeniably beautiful, adding a great deal of force to the art, but this is the third time in this series that he’s given a person of Eastern Asian heritage blue eyes, and that’s a little distracting, since this is not an anime (an art form in which eye color has its own symbolism). Once is an error; twice a mistake: three times is intention. Aside from this stumble, the art was truly wonderful.

This is superhero storytelling of the highest quality. I cannot recommend it strongly enough.

This is superhero storytelling of the highest quality. I cannot recommend it strongly enough.

Batman The Knight #8: The Old Masters