Batman Universe #1: Back to His Roots 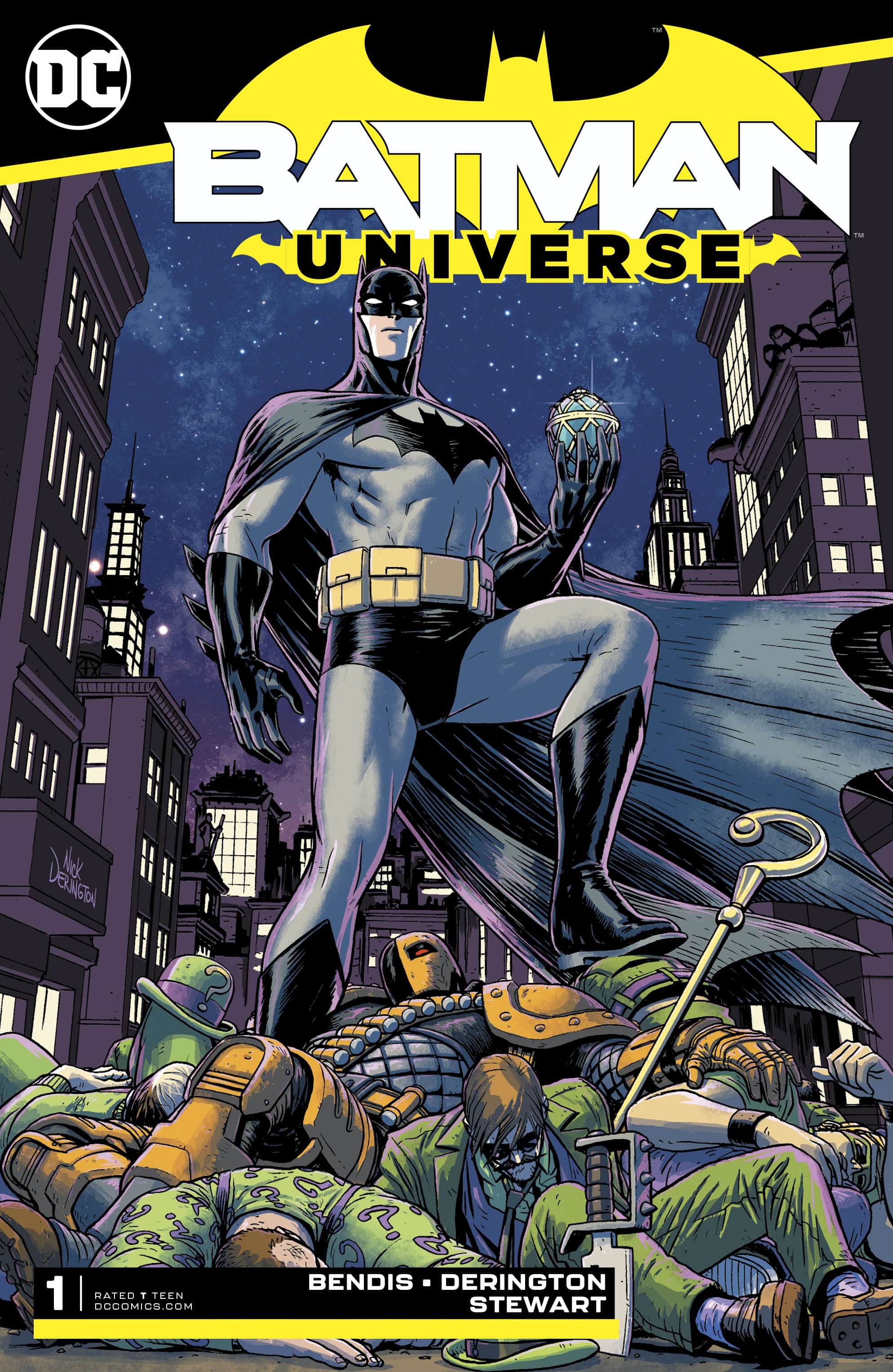 When a Faberge egg is stolen under the cover of an army of Riddlers, it's up to Bruce to get to the bottom of things! 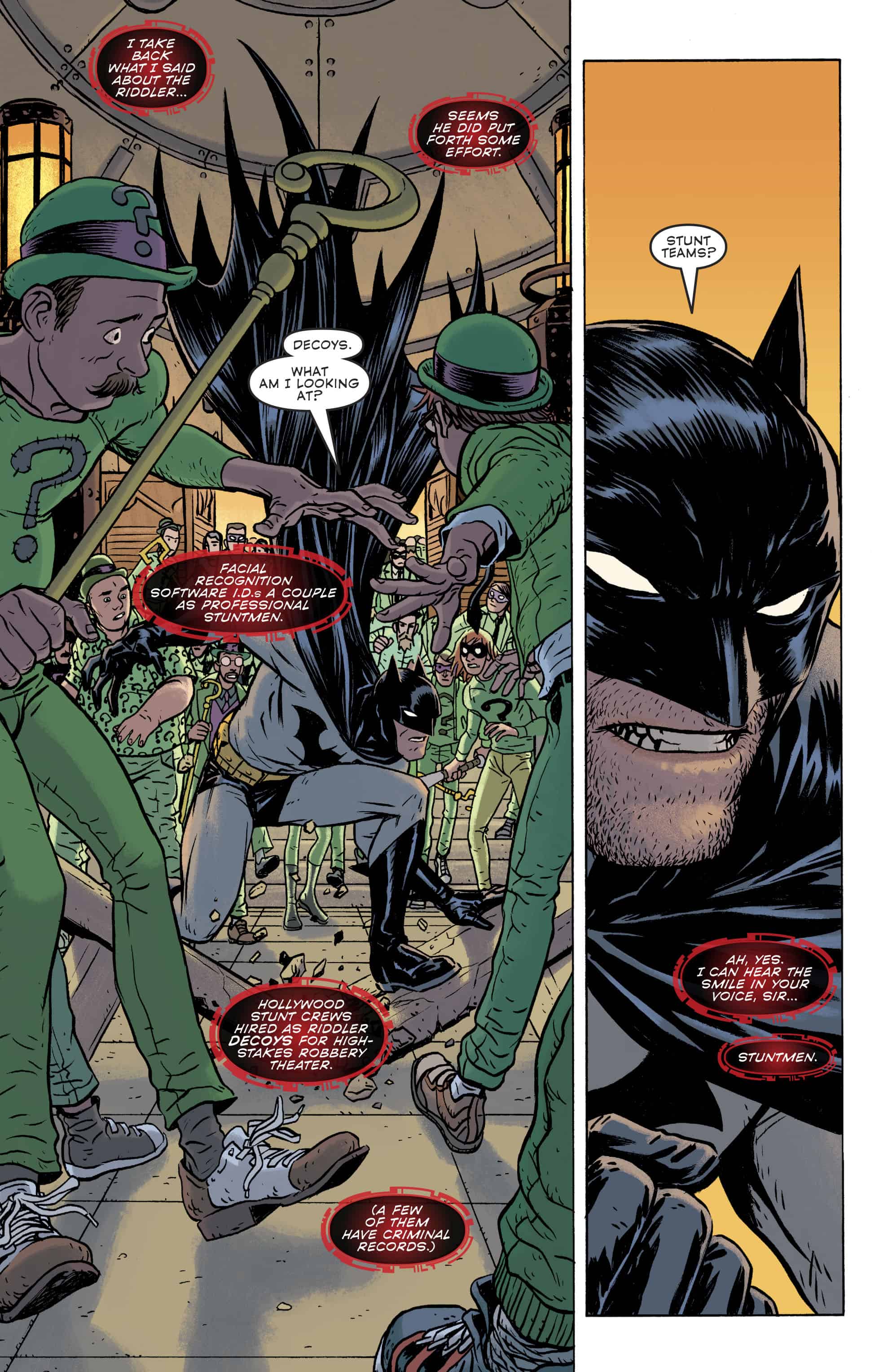 The egg's original owner turns out to be Jonah Hex and was donated to the museum by Jinny Hex. The Riddler flees to Amsterdam but it doesn't take long for the World's Greatest Detective to track him down. There, Batman encounters Deathstroke and two fight until The Green Arrow shows up to join in the fun. 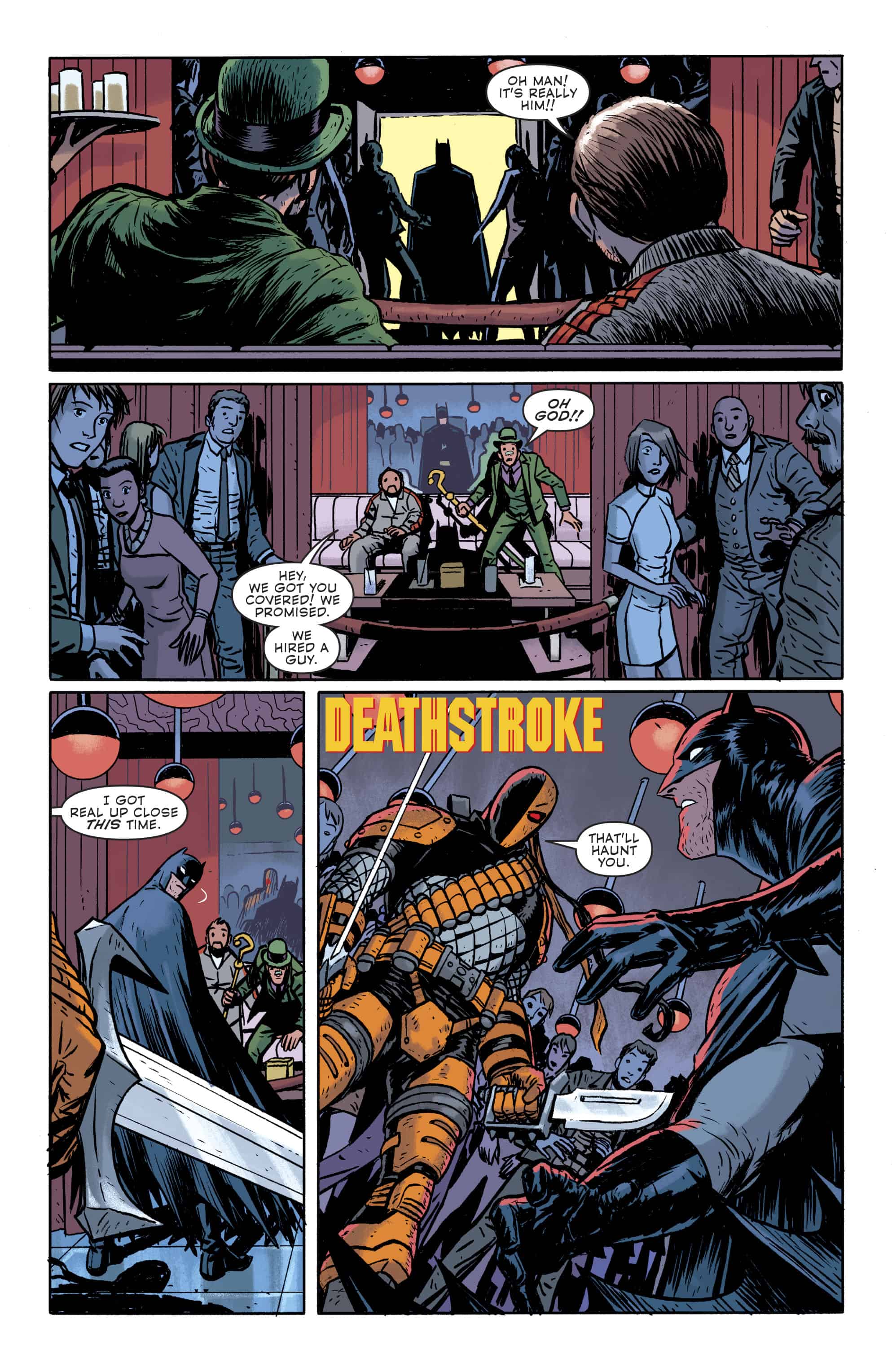 Batman Universe reprints the original story created in the Walmart Exclusive Batman series. What we see in this story is a Batman story crafted deliberately for the masses, which explains the occasional moment of over-explanation (such as Alfred’s reminder of who Deathstroke is) but also raises a curious question. What does a quintessential Batman story consist of? For Bendis and Derington, the answer is simple– a mystery. The mystery here seems multi-leveled and promises to provide the reader with a number of twists, turns, and cameos along the way. 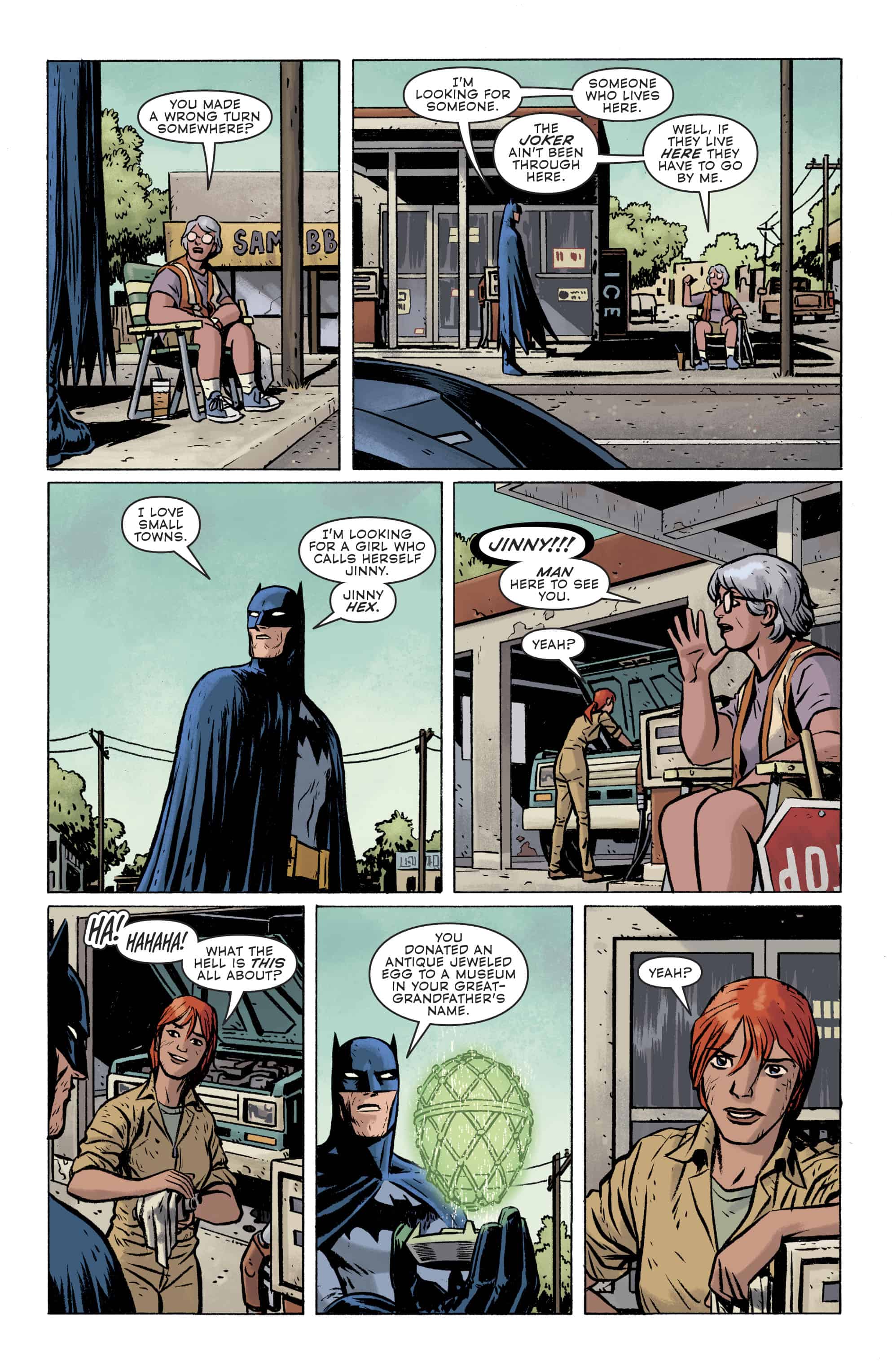 We see Bendis’ voice on Batman and it is nearly flawless. Bendis’ Batman is a stoic but not so much so that he is without charm. The story flows relatively cleanly despite being originally published in half-issue chunks. Derington’s art is perhaps over-stylized for such a mass disseminated project but is still clean and fits Bendis’ return to the “street-level” hero. The layouts are extremely straight-forward and vanilla although that again may be a product of the desired audience. Dave Stewart, as always, remains one of the best colorists in the industry and his work on this book goes to great lengths to control the tone of the book overall. All said and done, Batman Universe shows that DC pulled out all the stops in the ultimately failed Walmart Exclusive project and what we get out of it is one of the best Batman mysteries in recent years.

Batman Universe #1 delivers the Walmart Exclusive story to the direct market, giving readers a small taste of what a Bendis Batman could be.

Batman Universe #1: Back to His Roots