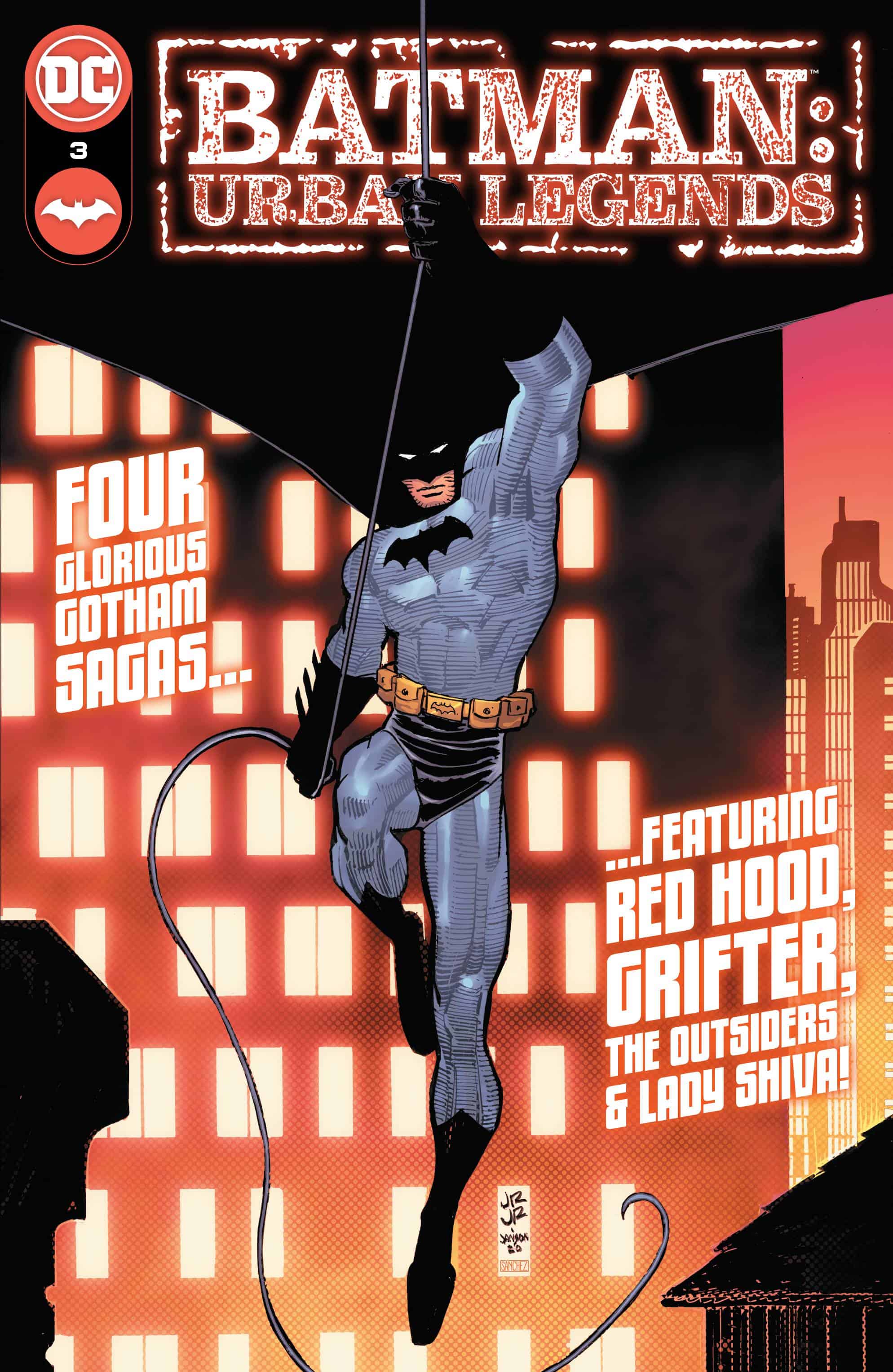 Cheerdrops are the new drug on the Gotham streets, and they are as dangerous as they are addictive. Both Red Hood and Batman are on the case, but now they’re also at odds after Batman discovers that Red Hood has executed a criminal. Can they mend fences well enough to combine their skills and uncover the source of the drugs? And what about Tyler, the little boy who may have been orphaned by Jason’s actions?

The relationship between Batman and Red Hood has long been… complicated. Even before Jason’s death decades ago, he and Bruce had fallen into conflict over the appropriate limits of justice. This moral disagreement culminated in the breakdown of their partnership over a did-he-or-didn’t-he moment involving a truly vile man who met his death after a long fall with no one but Jason there to watch him go. It wasn’t long between that story and the infamous crowbar that has now become perversely incorporated into Jason’s arsenal at times.

It’s been a long time since “A Death in the Family,” but not much has changed save perhaps that both Bruce and Jason have seemingly resigned themselves to being eternally on the edge of “at odds.” Jason has become the black sheep of the Batfamily – no longer quite “of” them, but never truly severed from them either – and it’s no coincidence that he is frequently left out of family portraits.

All that said, and as fragile as his connection to them can sometimes be, I think Jason provides a necessary element to the core Batfamily. Namely, he is the only member of that core from a disadvantaged background. And because of that, he can better relate to some of the people who are drawn into, and destroyed by, the crime and culture of Gotham City. Most particularly the vulnerable and the lost.

I bring this up not because I’m writing a treatise on Jason Todd (unless…?) but because this is the heart of the current Red Hood/Batman story. We saw the edges of it in the first issue, when Jason and Bruce ended up simultaneously investigating new street drug Cheerdrops. It came into the spotlight in issue two, when Bruce came after Jason for killing a drug dealer who also happened to be the abusive father of a young child named Tyler. Now, in issue three, Tyler steps in the middle of the conflict – both physical and philosophical – between Bruce and Jason… and forces them to stop fighting and find a way through.

Soon, Bruce and Jason join forces to unravel the mysteries surrounded Cheerdrops… with “who could create such a thing” being the first among them. The obvious answer would be Jonathan Crane – The Scarecrow – whose fear toxin was the foundation of the drug. He’s an especially good suspect since he’s currently throwing handfuls of chaos all over Gotham. But things are never as easy or obvious as that.

The scenes of Bruce and Jason cooperating are fantastic both visually and narratively. It’s a glimpse into their Batman and Robin dynamic, reignited all these years later with all the same rough edges intact. It’s fascinating to see Jason in something like the “sidekick” role again (not that he is literally the sidekick here) – quipping to potential witnesses, almost forced to defuse the darkness that surrounds Bruce.  But only to the point of his own limits – Jason still carries his anger, his frustration, and throughout the story it is simmering under his skin, waiting for a reason to boil over.

Aside from the interpersonal drama, however, Cheer Part Three looks into the history and development of the Scarecrow’s toxin. If Cheerdrops are built up from the toxin’s basic composition, someone must have done the building to create the drug. The question is… who?

As always, the modern age story is broken up by flashbacks tracking Jason before and during his tenure as Robin. Here, we see his first days on the job as he struggles with acting within Batman’s rules, once again reminding us that he has always been troubled, yes, but also that he was from the world Batman tries to keep in order… and for him, these things can be quite personal.

The art by Eddy Barrows, Eber Ferreira, Jesus Merino and Marcus To continues to impress – I feel like I keep banging on this drum, but the facial expressions, the body language, it’s top notch. It’s also interesting because Jason often looks rather massive and intimidating as Red Hood – even within this series – which makes sense. He is the largest and most aggressive of the previous Robins, after all, and he carries firearms and sometimes shoots to kill.  And yet, beside Batman, he looks like a slightly awkward teenager. It’s not that he’s actually drawn differently – he isn’t. It’s just that Jason’s body language shifts as he falls into the role of second, while Bruce’s presence as Batman just devours the air.

The addition of Jesus Merino did throw me off slightly – though Adriano Lucas’s spectacular colors pull the atmosphere together and keep it cohesive, the shift in style remains noticeable. Still, it was a minor quibble, and an issue of style rather than quality.

It should go without saying that Chip Zdarsky is a treasure and a character savior, but I’m saying it anyway. Very few stories have even tried to explore Jason’s history or psychology the way Zdarsky has. Cheer is shedding a light on and defining both Jason’s darkness and its painful origin, all without forgetting that he is, at heart, a good person trying to make an impact with the methods his life has taught him to use. I’m just hoping that future stories continue in this vein… and that Zdarsky has further plans for him, and for Gotham as a whole.

For years, Jason has been the center of action stories and epic moments but not many grounded stories or human moments. "Cheer" is exactly what he needs to flesh him out and define exactly who he is and what he stands for going forward. You can’t give a final score before the finale but for my money, "Cheer" is en route to being among the best Jason Todd stories ever told.