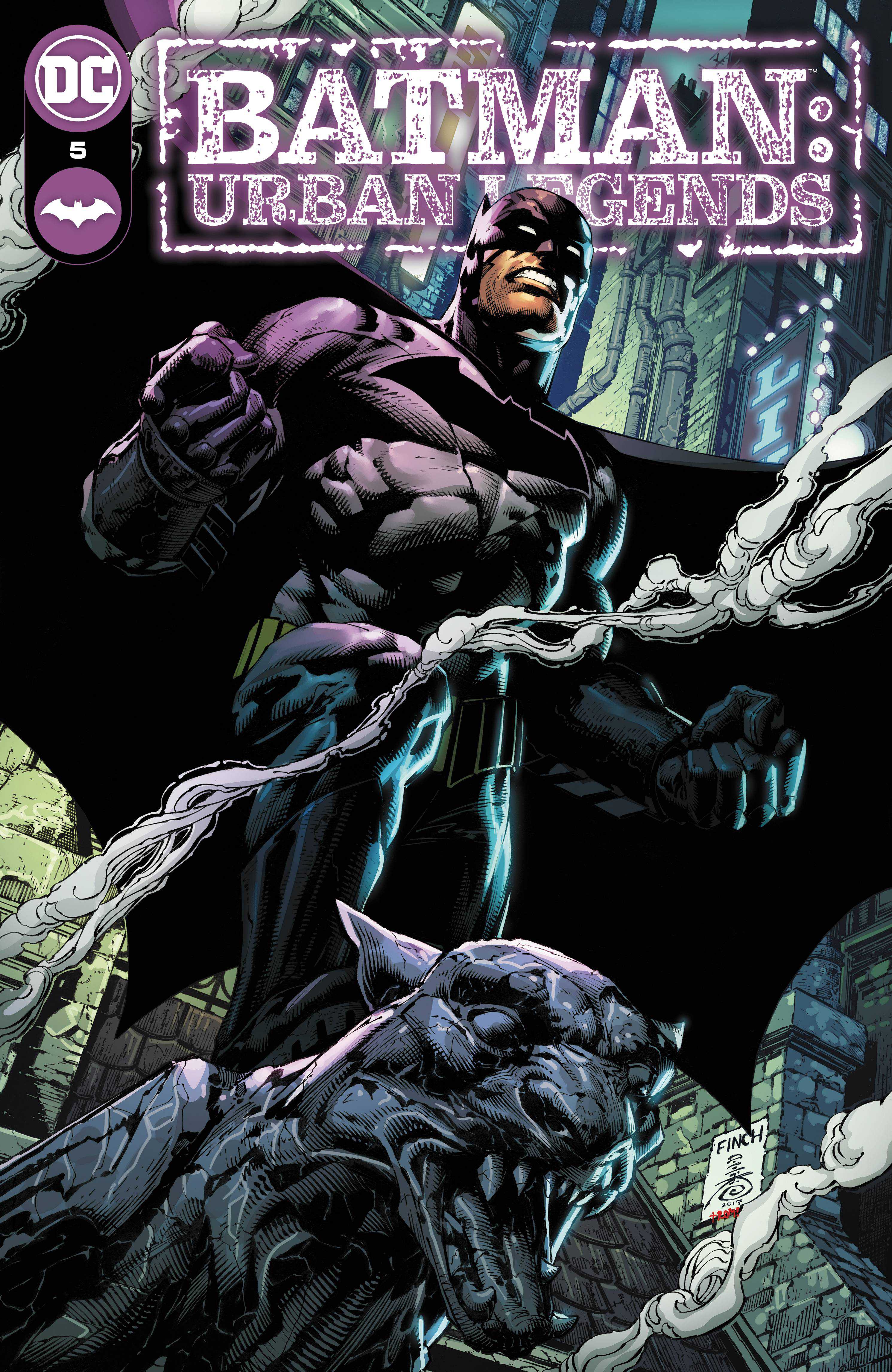 Batman has been captured by Mr. Freeze and the new villain, Cheer. Now the clock is ticking for him as Cheer prepares to use him as the subject for his most recent iteration of the Cheerdrops formula. Red Hood must overcome his anxieties and anger to find and save his mentor – his father - which means uncovering the secrets behind Cheerdrops, and their elusive creator!

I think I’ve said this before, but Red Hood is one of my favorite Bat-mythos characters. Despite his somewhat uneven publishing history, there’s a raw energy to him and his history that really works for me. He’s this rough around the edges kid whose difficult childhood has made him angry and volatile at times, but whose heart is nonetheless good and well-intentioned. He gets sucked into this crazy life that lets him truly be the hero, but it kills him. Literally. So when he comes back it’s like all bets are off, all rules are suspended, he’s just going to do what he thinks is necessary because doing it the other way didn’t work very well, did it?

You can quibble and debate whether the extremity of his early violence is a result of his exposure to the Lazarus Pit, but even if it was it’s not like he regrets it, right? It’s not like he looks back and thinks, wow I really shouldn’t have killed those drug dealers.

That makes him a unique presence in the batfamily, which is otherwise made up of traditional heroes – the fact that some of them use fear and the threat of crossing the line as a weapon doesn’t change the fact that they aren’t going to do it. Batman’s never actually going to let that guy he’s dangling over the city hit the ground. Jason will — at least sometimes — and that makes him frightening in an altogether different way than Bruce.

But, all that said, Jason Todd is still Batman’s son. And that brings me down the winding road to this issue where, to save his mentor-and-father, Jason must go back to basics and use his detective skills to uncover connections and secrets that wish to remain hidden. That means thinking differently, trying angles he rarely tries in recent years,

This is where I see his arc coming into focus, too. Because early on in this 6-parter, Jason was angry and violent — impulsive. He murders a man in a fit of righteous anger that just causes further problems for him and the little boy he promised to protect. Then he tries to work with Bruce, but Bruce’s methodical and detail-oriented approach burns him up – just like it always has. He’s unable to maintain the alliance, no matter how much he wants that reconciliation, that approval. And it’s the inability to control himself and approach a problem with a clear head that puts Jason in danger, and ultimately results in Batman paying for Jason’s missteps… so now, in order to fix it, he has to remember the skills Batman has taught him. That is, the skills that made him Robin.

Paralleling this journey we have the flashbacks of the month, masterfully illustrated by Marcus To, where a thematically similar situation that occurred early in Jason’s time as Robin pushes him to look past his insecurities to find the moment of clarity that leads to the truth.

This whole arc, Jason’s entire story, has been fantastic. While the art has varied (in the sense of there being various artists more than the art quality), it has nonetheless hung together rather well visually with the alternate artists such as this issue’s Diogenes Neves fitting easily into the atmosphere established by primary arc artist Eddy Barrows and color artist extraordinaire Adriano Lucas. I’ve already said a lot about them – Barrows’ command of subtle facial expressions, To’s ability to marry classic superhero stylings with a modern flair. Even the panel gutters tell the story of how the world has changed with To’s flashback sequences using, on average, much more traditional layouts broken primarily when Jason is able to exceed his own expectations, breaking free of those borders… while the modern sequences are much more chaotic.

I do have a vague concern about the ending of this chapter… because it does seem as though this question (which I’m not going to spoil) has been raised and examined many times in the recent past. Still, for a writer as skilled as Chip Zdarsky I’m more than willing to go along for the ride and see where he wants to take it.

I don’t know what happens after this arc – whether we’ll see Jason reintegrated into the Batfamily or not. The story itself does seem designed to bring him into the fold, though given the cyclical nature of comics it’s difficult to say whether that could actually happen or stick even if it did. But if it stays, even for a little while, at least we can say it’s well-earned this time around.

The tumultuous relationship between Batman and Red Hood has been tested, broken, and repaired many times since they first met lo those many years ago... but it has rarely been examined with as much love and attention as it has been here. We have one issue left, and I’m honestly dreading having to let this story go.