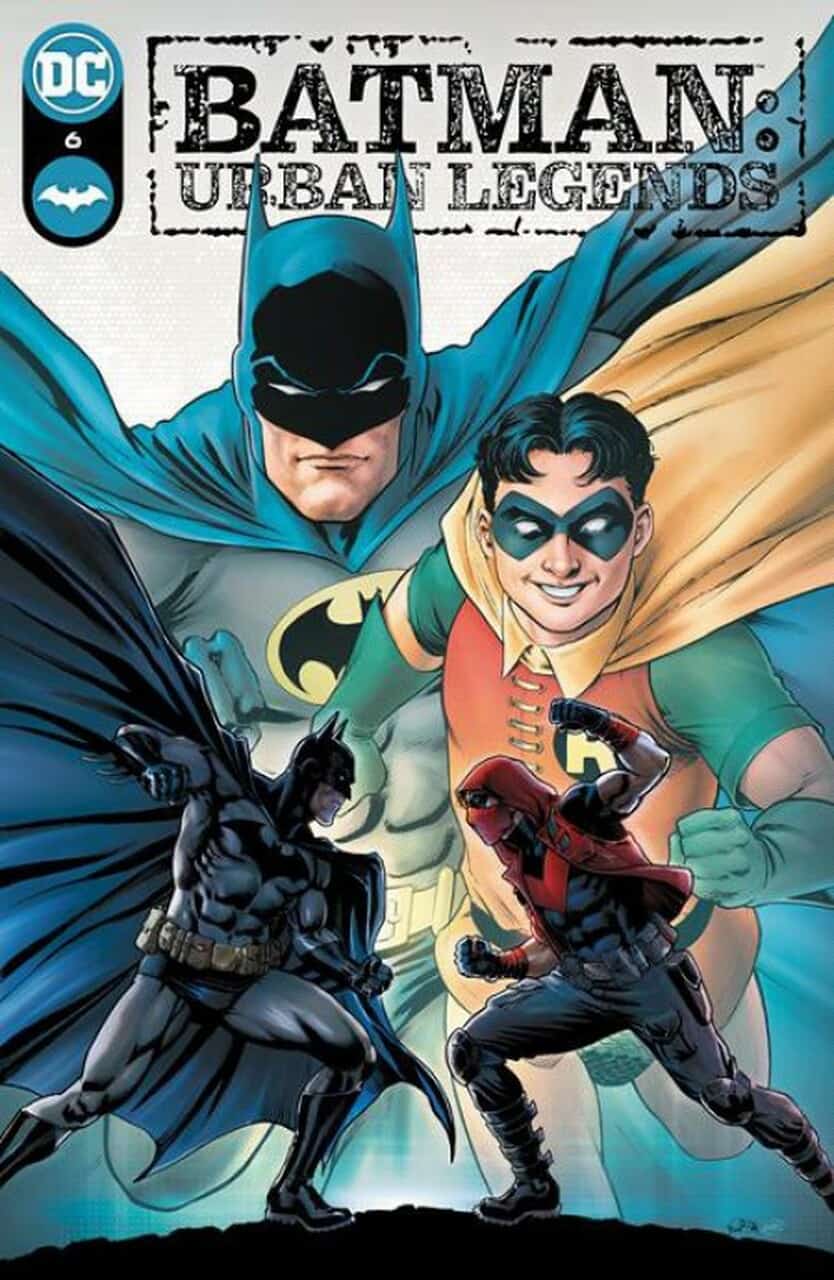 Batman has been captured by the allied forces of Cheer and Mr. Freeze and now Red Hood is his best hope of rescue. This time, Red Hood arrives as prepared as possible... but a freeze-resistant uniform and his air-filtering mask be enough to protect him from the effects of Cheer’s toxin? Meanwhile, a Cheer gas afflicted Batman is forced to face something far more dangerous than fear: his own capacity for happiness.

Last time in “Cheer”… after Cheer and Mr. Freeze managed to capture Batman, Red Hood went back to basics using his investigative skills to track them down. Meanwhile, Cheer prepared to inflict the worst of all tortures on Batman: a super-dose of Cheerdrops, designed to trap him inside a paradise in his own mind.

Under most circumstances, Jason Todd would jump right into the fray, guns blazing… but doing that nearly got him killed last time; worse than that, it did end up getting Batman captured. Now Jason is going in prepared with an armored, cold-resistant batsuit (sans cape). Beyond that, well, the good news is Bruce had been working on an antidote to negate the effects of the toxin. The bad news is, there’s only one dose, which could be problematic if, for example, someone managed to remove his mask.

Not that I’m saying that happens. Just, you know, hypothetically.

If you’re anything like me, you may have found yourself wondering every month what the Marcus To sections of the series would be doing. Until this issue, To has been illustrating flashbacks – key moments from Bruce and Jason’s history that inform who Jason has become, as well as his dynamic with Bruce as it currently is.

The flashbacks are absent in Chapter 6 – it’s the final act, and the time to look backward is done. Instead, To manages the dream sequences experienced by a person affected by Cheerdrops. Though euphoric, these dreams are far more dangerous than fear as the afflicted find themselves trapped in a Heaven of their own making – one they may never voluntarily depart.

Despite the change in the subject matter, the material examined remains intact – and indeed, To’s sequences here are perhaps more telling than all that’s passed before when it comes to Bruce and Jason’s relationship, their feelings about one another, and everything they truly want.

Throughout the course of this series, I’ve continued to circle back to a single thought: underneath it all, Bruce and Jason are extremely similar – I daresay much more so than any other two members of the illustrious Batfamily. That doesn’t mean they share the same specific moral compass or modus operandi, obviously, but those things are just sculpting. I’m talking about the clay of them – the basic material that has been formed by their experiences and environment. This is why Jason’s oft-criticized use of a codename used by the Joker, and a crowbar that evokes his own murder, seems to me as fitting as Bruce’s appropriation of the bat – an animal that terrified him as a child – into a symbol that has empowered him to become the man he is today.

This is also, I believe, the reason they clash. If you take two people who have similar internal mechanisms but different belief systems, they will argue until the sun burns out.

That’s been my position on them for years, but Cheer has done more to shore that belief up than I expected. In Chapter 4, for example, we saw the way Bruce’s rush into danger to protect his son mirrors Jason’s similarly reckless drive to protect his birth mother… with disastrous results each time. This final chapter continues down that same path with Chip Zdarsky and Marcus To’s powerful depiction of the Cheer-induced dreamscapes delivering a revelation about Jason and Bruce’s individual ideal worlds that drives home how similar they truly are.

Last month I was a bit concerned that dosing Batman with Cheer gas would be, well, repetitive – we’ve seen ideal worlds through Batman’s eyes before in stories like Gothtopia and more recently in Joker War. We’ve also seen it proposed before that happiness is the death of Batman’s drive, back in Tom King’s run.

But I think a plot device, no matter how often used, can be justified by its efficacy. Here, Bruce’s exposure to Cheer serves as a clarifying moment for us, the readers… but more than that, it’s a clarifying moment for the characters. While they are each alone in their experience of “heaven,” facing their deepest yearnings nonetheless forces them to face who they are, and what they want to be. There are some turns here that I know will be controversial, but they feel authentic to me, and in the end, that’s what matters.

This series has been, overall, quite beautiful. While the artist changes are not ideal, they generally have been timed to minimize the impact – keeping Barrows for the really dark, emotional sequences that he excels at, for example. I do wonder if the artistic cycling is related to the upcoming Jason + Zombies showcase, Task Force Z, where Barrows has been attached as the primary artist.

And speaking of Task Force Z, I suggest taking a close look at Jason’s costuming in preview art for that series after reading this chapter. I’m just saying.

In its powerful conclusion, "Cheer" brings together the remaining threads of Red Hood and Batman's difficult past and weaves them into a strong foundation for the future as a person and as a member of the Batfamily. I’m going to miss this arc.