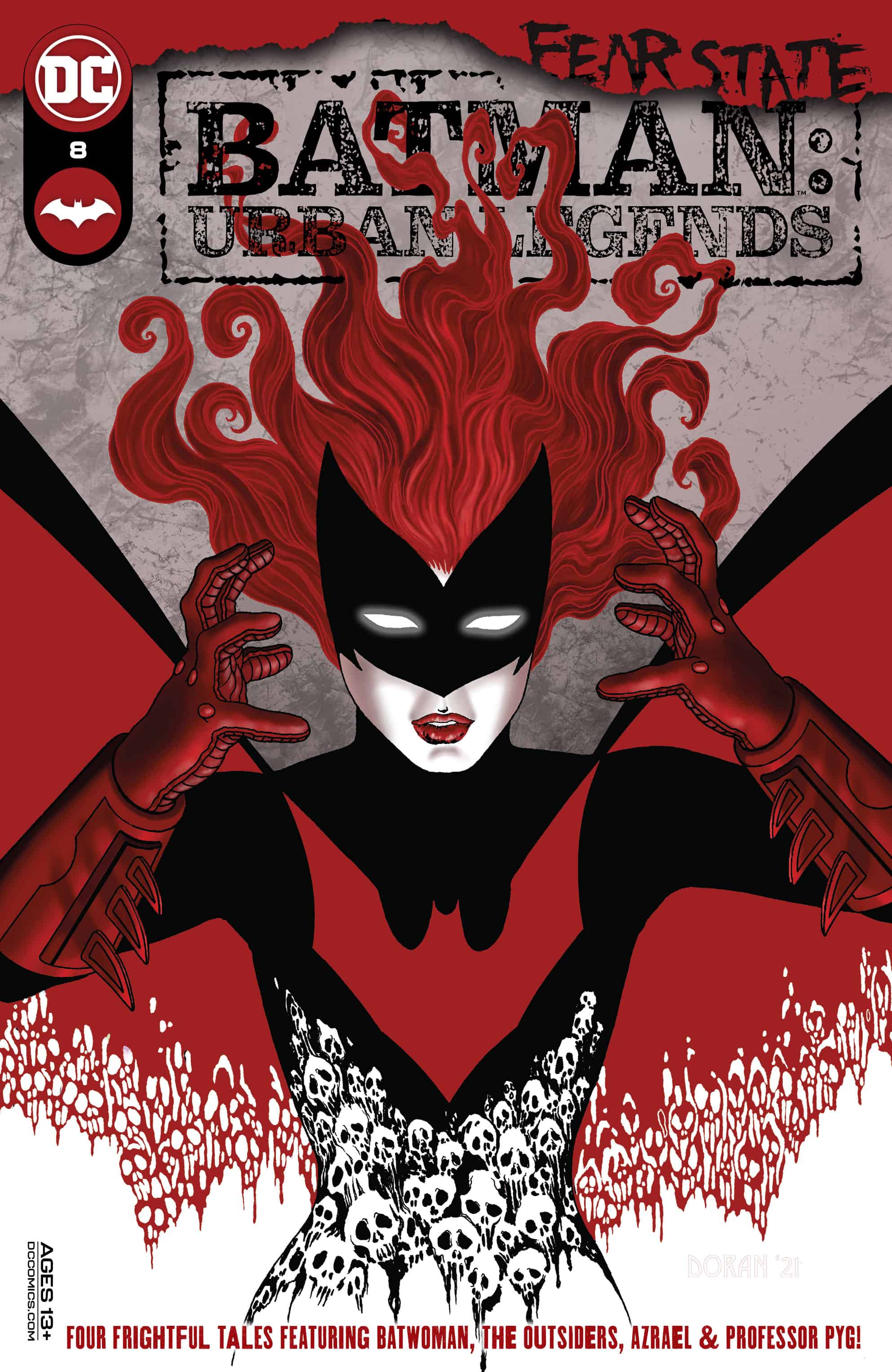 Someone has hacked into the Oracle Network and has started spreading information around Gotham—Batman is dead, Cassandra Cain Batgirl is a killer, Fear Toxin is in the air. Which is true and which is false? Batwoman will find out with the help of Commissioner Renee Montoya and…Kate’s sister Beth, AKA Red Alice?!

“Disinformation Campaign” starts suddenly, and plays with change in tone and back-and-forth action to every detail, breathing mystery and just the touch of noir necessary. As the new villain, the Seer, gets introduced to us as the hacker attacking Oracle and spreading the misinformation, we see favorite characters like Renee Montoya and Cassandra Cain shining greatly and perfectly characterized under Wong’s scripts and Georgiev’s pencils. But the gravitational center of this comic is Kate Kane and her sister, Beth, as well as her dealing with persona/alter ego Red Alice.

That center turns into both the strength and the weakness of this short comic, and to a certain extent everything depends on how it resolves. The main thread of trauma, family, bonds and how they can turn fragile or strong is more than compelling, and by showing a conflict that requires trust and the presence of Red Alice, it shakes just the right notes. The visuals, as well, reinforce both the tenderness of their sister bond and the fear and terror this new villain imposes onto them. But there’s a lot of things unsaid or supposed, and Red Alice is a complicated character to play with, especially in this type of psychological way. While in no way the fault of this creative team, the trope of the “secret evil personality” needs to be debunked, and that’s maybe too much to ask for a mini-comic, that probably would scrape the surface of Beth’s disorder. In real life, dissociation, psychosis and other mental illnesses (it’s unclear under which Beth would fall) have been proved to make people more vulnerable to harm, and not to doing harm. In specifics, things like dissociative disorders or psychotic disorders generally don’t alter the moral compass of people, lesso create “evil versions”, and, while the way the story frames Red Alice as a defense/protection mechanism falls more in line with how disorders can in fact affect people, this comic still carries the history of “evil crazy villain” into it. There’s a lot to indicate it could subvert this trope in one way or another, especially having in mind how Wong has centered Beth and Kate’s relationship and given kindness to these characters, but this comic plays with a lot and puts all its cards on it. To which, part of me wants to wait and see. 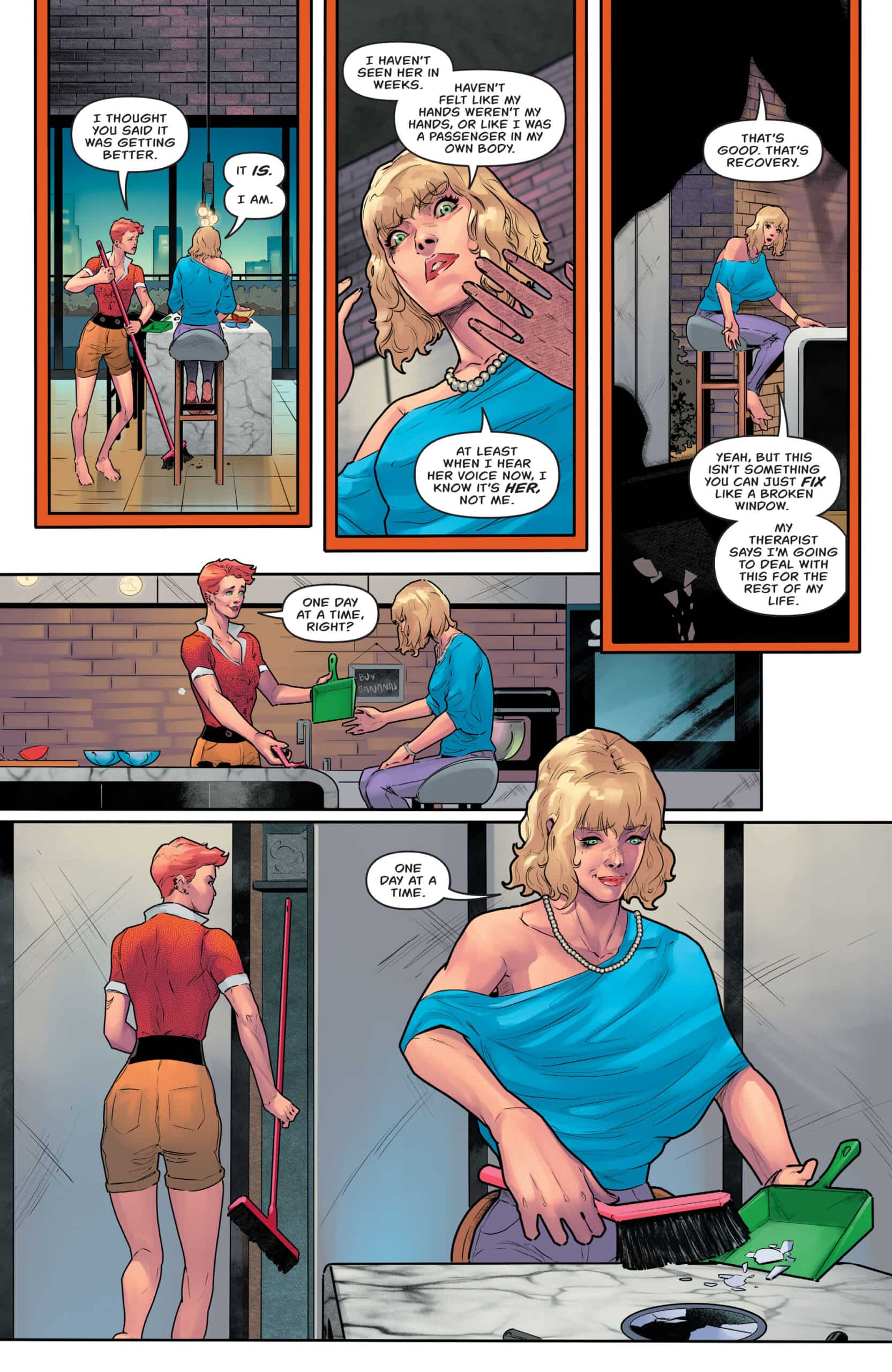 Still, there’s no doubt what we have in the wait is an amazing short comic that solidly knows its characters and knows how to make you fall in love with them in the best superhero-ish ways. Renee’s bravado when she knocks on Kate’s door, the moment in which Batwoman puts the mask, the fight with Cassandra and Kate and their to-heart conversation as they discover the new villain… Everything falls right into place, and the contrast between dark colors, striking action and everyday casual outfits guides the story in the best way possible. This creative team knows how to create tension, and I can’t wait for the resolution. Plus, that amazing Colleen Doran cover is the best way of introducing said tension and luring you into this story.

Punch and emotion collide perfectly, and this story promises. Let's see how much of the nuance can be translated into the page.