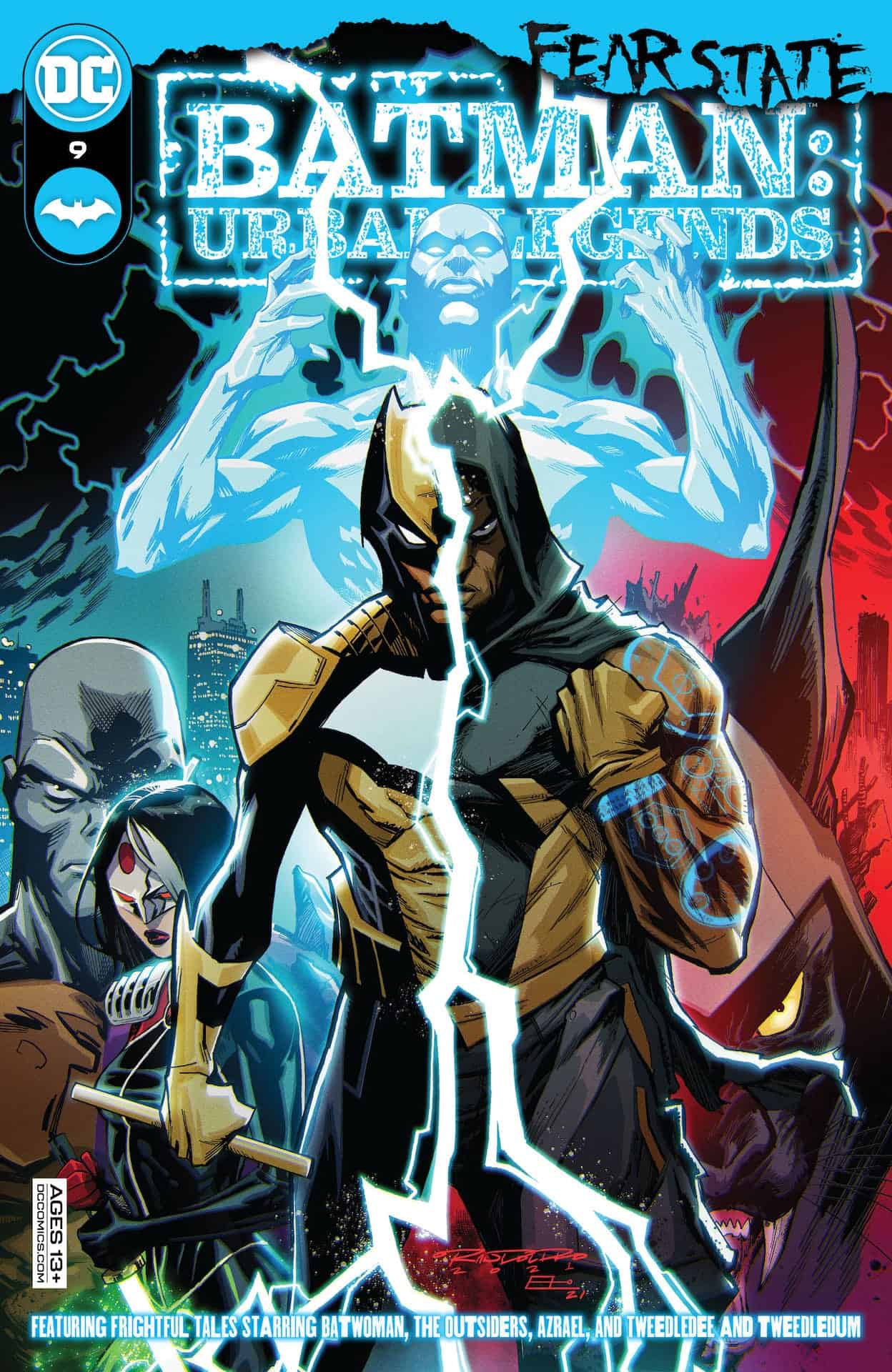 Batwoman now has the help of her sister, Beth, who is currently disguised as Red Alice to hit the underground network of villains in order to trace where the Anti-Oracle is. The only problem is, all of this is too familiar for Beth…and as old habits die hard, so might this be for Beth in keeping Red Alice at bay.

This second part of the story leaves at the door the wider story references, the connection with the rest of the line (with the exception of The Seer as the main villain) and the further Gotham-classics connections to focus, like a microscope, in one specific character: Beth, Alice, Red Alice? As we attend her plight for control, “dressing up” as Red Alice, with the consequences of what that awakens within her character, we see stability get loose, fear take over, and a powerful conciliatory resolution. And, even if I was icky about this issue’s theme (I still think the symptoms of Beth/Red Alice don’t particularly match any real-life disorder but they do promote negative stereotypes about people that do dissociate/with dissociative disorders, but that’s an in-built failure of the character, not this creative team’s failure), I really find soothing and beautiful the way this short story has resolved it. It feels like a real possibility of healing both for Alice and for the negative stereotypes associated with her character. 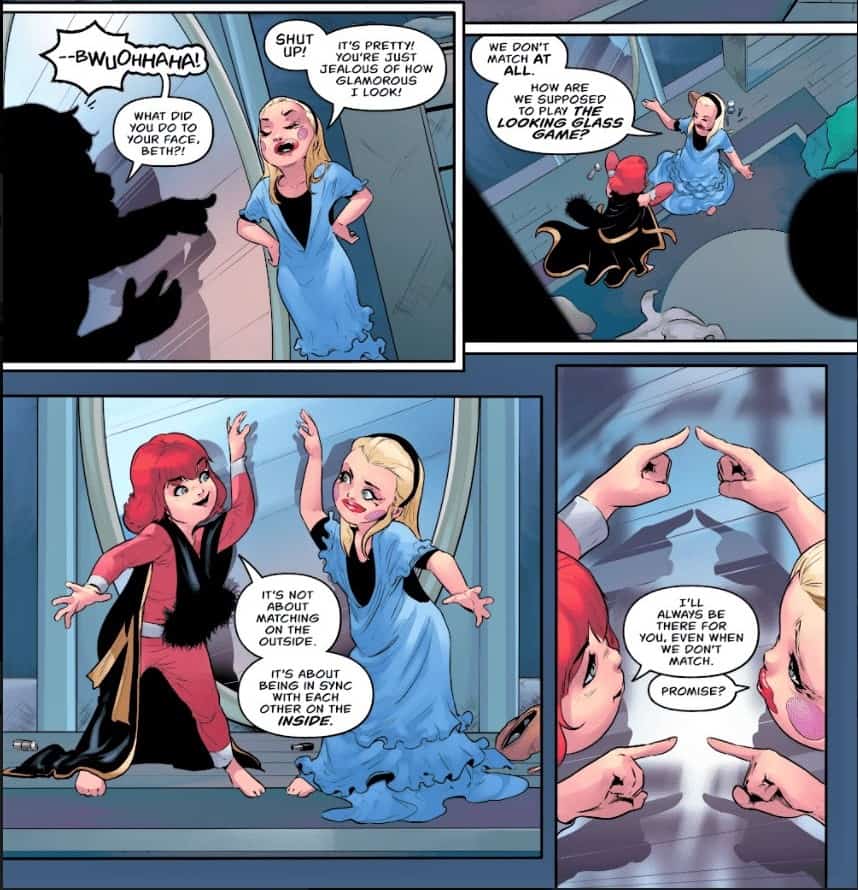 The sweet, intimate, emotional lines by Vasco Georgiev, whether when representing the childhood of Beth and Kate or when Alice is dealing with herself and reaching a comprehension, as well as the brilliant use of color (Rain Beredo particularly shined in this second part of the story, with detail to the make up changes, mirror reflections, action lightning and the dream world that Alice wanders), help towards making the reader empathize with Beth/Alice way more than I have seen in any other comic so far. And it’s that conclusion, of her reaching an agreement with herself and accepting all parts of herself as truth and authentic (in opposition to the usual narrative of the “evil double personality” that navigates so many – bad – comics), that really rounds up this second part of the story and makes me thank this creative team, and particularly the way Alyssa Wong has righted so many wrongs in very few script words. We can only hope it’s this version of Alice that, from now on, lives in the DC universe.

Definitely a heartwarming and pretty nuanced conclusion for a great tale, even with the pitfalls it necessarily needed to grapple with. I definitely would love to see more DC Comics take this route of deconstruction of and care for its mentally ill characters.